Advice Home > Abuse > Are You In An Abusive Relationship?

Are You In An Abusive Relationship? 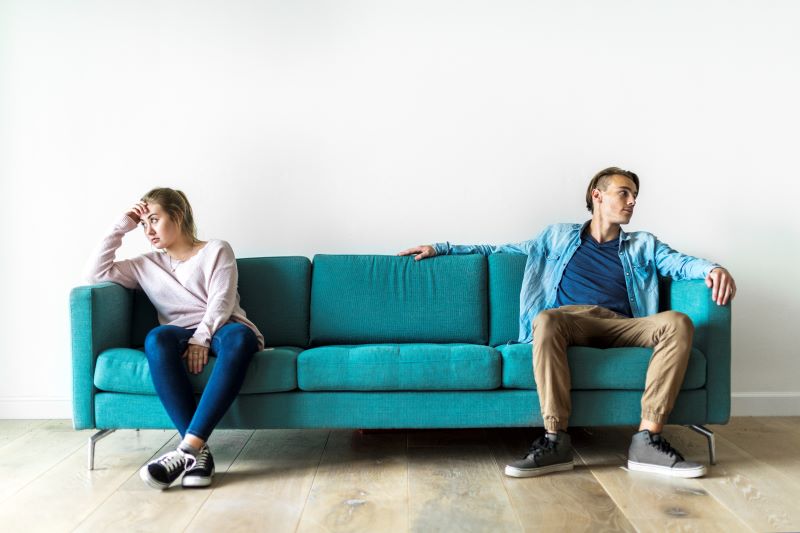 If You Believe You're in An Abusive Relationship, You Have Options
All Abuse is Real, Get The Help You Need - Speak With A Licensed Counselor Now.
This website is owned and operated by BetterHelp, who receives all fees associated with the platform.
Source: rawpiexel.com

You can easily tell if you're in an abusive relationship, right? Maybe, maybe not. You have to have two bodies of knowledge before you can see whether your relationship is really abusive. First, you have to know what abuse looks like and how it shows up in relationships. Second, you need to be able to stand back from your situation so you can evaluate it objectively. When you combine these two factors to assess your relationship, you might be surprised to find that your partner is indeed being abusive towards you.

When the Abuse Isn't Physical

Physical abuse is fairly easy to spot. Your significant other may punch, kick, or grab you forcefully. They may break your bones or cut you. You may end up in the ER or doctor's office often. However, not all abuse is physical. An emotionally abusive relationship won't put you in the hospital, but it can certainly ruin your mental health.

Who Is the Abuser?

The signs of an abusive relationship stem from the characteristics of abusers. When your partner is abusive with you, it's likely that they display any or all of these traits and behaviors:

Some relationships are abusive on both sides. Another possibility is that the abuser is just being defensive and trying to generate sympathy for themselves. If you're being abused, then it's important to be aware that you could also be accused of abuse. Be ready to stand up for yourself, whatever comes. One way to prepare yourself is to talk to a counselor before you end the emotionally or verbally abusive relationship. 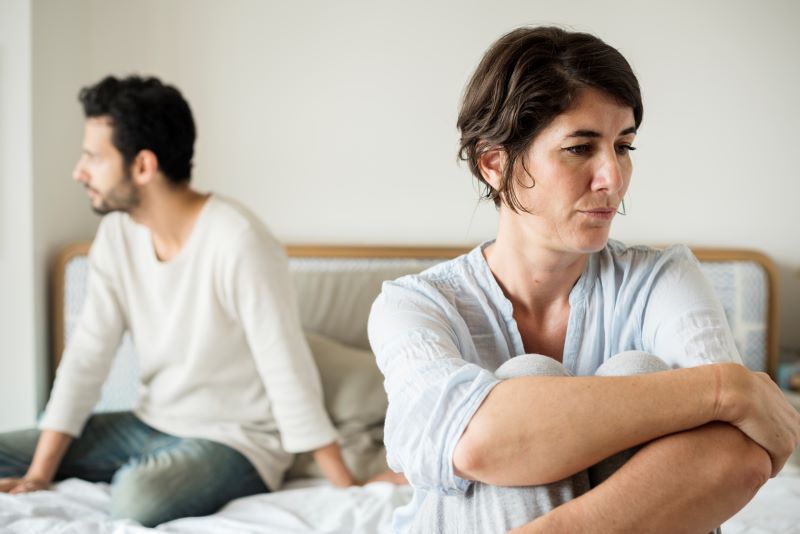 Signs within the Relationship

Abusive relationship signs in the context of the relationship include all the unhealthy ways your abuser interacts with you. Rather than respecting your feelings and rights as an individual, they turn you into a possession that they can manipulate and control to get what they want. Noticing the following signs of abusive relationship can help you see that you aren't being treated fairly.

You might also see the signs of an emotionally abusive relationship within your own feelings, thoughts, words, and behaviors. Ask yourself the following questions and then consider whether your reactions were prompted by the way the abuser has treated you.

While negative answers to the above questions might come from ideas you picked up in your childhood, they could also be coming from the way your current abuser is talking to you and behaving towards you. Ask yourself if you always had these opinions of yourself or if they just started when you got into the relationship. Also, ask yourself how you would feel if someone said or did the same things to make someone else feel bad about themselves. If you wouldn't allow your friend, your child, or your parent to be treated that way, don't allow yourself to be treated in those ways either. 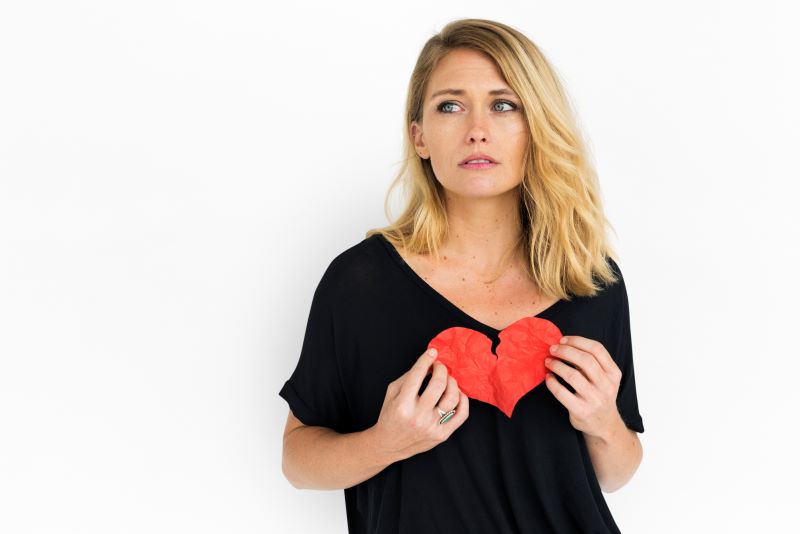 If You Believe You're in An Abusive Relationship, You Have Options
All Abuse is Real, Get The Help You Need - Speak With A Licensed Counselor Now.
Source: rawpixel.com

In addition to your negative thoughts about yourself when you're in an abusive relationship, your behaviors might reflect the signs you're in the verbally abusive relationship, too. For instance, you might look down instead of look at people in the eye. You might feel like you're walking on eggshells, so you become very quiet, trying to avoid saying the wrong words. You might stop trying new things, because the abuser has made you feel like you're too inadequate to succeed at anything.

Getting a Quick Answer

Getting Information and Support

They can share abusive relationship quotes to inspire you to leave the relationship and start fresh. Also, they support you by validating your feelings, explaining that you have every right and reason to feel the way you do about the abuse. They can point you to support resources within your own community as well.

How to Leave an Abusive Relationship

In many cases an abusive relationship can't be made healthy. The abuser isn't likely to put in the effort to change their beliefs and their behaviors. In fact, they probably won't even see that there's anything wrong with the way they treat you, or at least, they won't admit it. When you need to know the best answer on how to leave an abusive relationship, your best first source of help is a licensed therapist. They can help you understand the need to move on with your life and teach you how to get out of an emotionally abusive relationship. 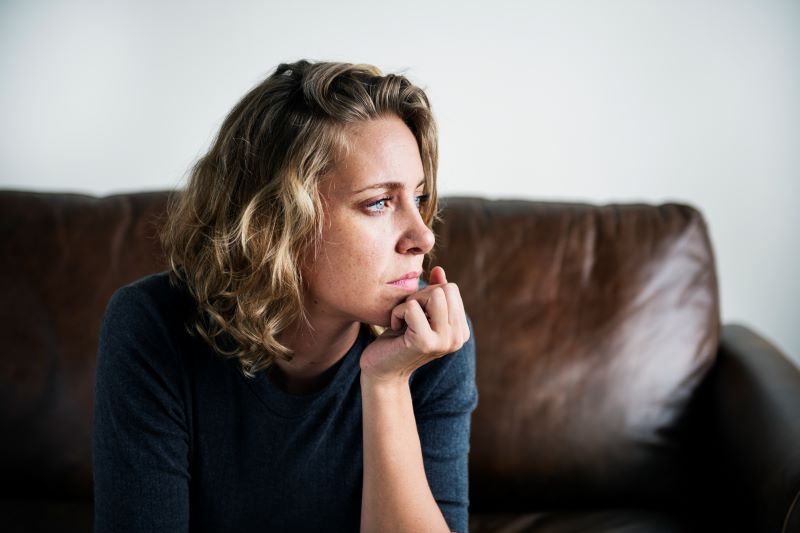 Several types of problems can arise as you work on learning how to get out of an abusive relationship. If you have become dependent, as many people who have been abused become, you will have to develop your survival skills and work on your self-confidence.

Another problem is that once you've been abused, you might find yourself drawn to new abusers. The same qualities that impressed you with your first abuser can seem appealing again, especially if you aren't yet aware of the way they will treat you once you're in a relationship.This is where a therapist can assist you with recognizing those qualities that impressed you with the abuser.

Solving these problems will help you become stronger and more independent so you can make it on your own as long as you need to and as long as that's what makes you happy. These are usually quite complex problems, though, and can be difficult to solve on your own.

Getting Help for Leaving an Abusive Relationship

As soon as you begin to question whether you're in an abusive relationship or any time after that, you can start the process of leaving your abuser. It is a difficult task, especially if the relationship has gone on for a long time. Because you're faced with such a major challenge, getting help can increase your chances of successfully ending the abuse and living the life you want to live. 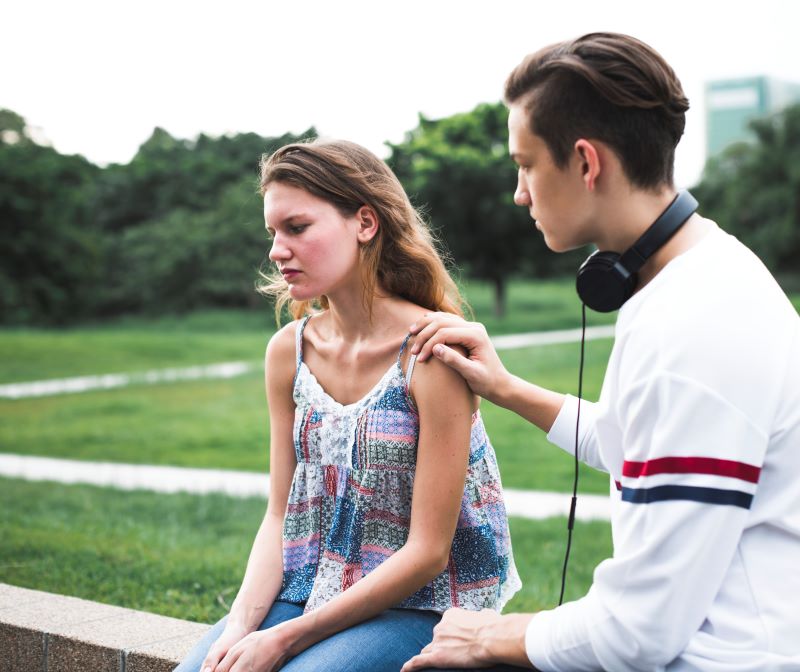 The first step will be to recognize the abuse. A counselor can help you sort out the words and behaviors that might be innocent from those that are abusive and damaging. They can give you a fresh and objective perspective on the relationship and help you determine if it's actually abusive.

If you're being abused in a relationship, the next step is to get stronger within yourself so you can leave the relationship. You'll need support from someone who knows how to show compassion and caring while giving you tools and guidance for getting out of the relationship.

Licensed counselors are always available at BetterHelp.com for paid online counseling at your convenience. It only takes a moment to get started. You can get the help you need without waiting for weeks or even months as you might have to with a local counselor. The road to freedom from abuse is not always smooth, but with the right help, you can find your way.

What Are The Different Types Of Drug Abuse & How To Get Help?
For More Help and Support With Abuse.
Speak with a Licensed Abuse Counselor Today!

What Can We Learn From The Me Too Movement? How Therapy Can Help When Someone Abuses You 12 Long And Short-Term Effects Of Child Abuse Types Of Elder Abuse: What Should I Be Looking For? Why Do People Participate in Victim Blaming? What Is Covert Narcissistic Abuse? Gaslighting, Manipulation, And Intimidation
The information on this page is not intended to be a substitution for diagnosis, treatment, or informed professional advice. You should not take any action or avoid taking any action without consulting with a qualified mental health professional. For more information, please read our terms of use.
Your session is about to expire!