Think You Or Your Child Has ADHD? Learn More And Find Out With An ADHD Test

Imagine this - you've just come home from a long day of work, only to walk in the door and be immediately confronted with your seven-year-old son bouncing off the walls and making a giant mess. You take a deep breath, then set your stuff down and begin going through the mail and papers from your son's school for the day, only to discover he has come home - yet again - with a note from his teacher saying he was extremely disruptive all day long.

This is the third note from his teach this month and you are beginning to suspect he might have ADHD (Attention Deficit/Hyperactivity Disorder). After all, he has the symptoms: he has innumerable amounts of energy, you can never get him to sit still and focus on one thing at a time and his behavior is nearly impossible to control. Not to mention, he's a boy and you've heard ADHD is significantly more common in boy than in girls. With that thought, you set the paper's in your hand down and pull out your laptop. You want to find out more about ADHD.

If this sounds like you, you aren't alone. A lot of people who have hyperactive children, or even find themselves as adults to be constantly fidgeting and unable to focus, automatically jump to the conclusion of ADHD. The thing is, while ADHD is certainly more commonly diagnosed now than it has been in years past, it still isn't as common a mental affliction - and yes, it is an actual mental disorder - as most people think. In fact, according to CHADD The National Resource for ADHD, only 7.2% of children around the world who are under the age of 18 actually have ADHD, a number which is even lower in adults around the world, coming in at only 3.4%.

That said, it is easy to get the symptoms of ADHD confused, and therefore hard to determine whether or not an ADHD test is something you should move forward with. Because of this, it can be helpful to take a look at some of the myths and facts surrounding ADHD, before deciding whether or not you or your child should be tested. 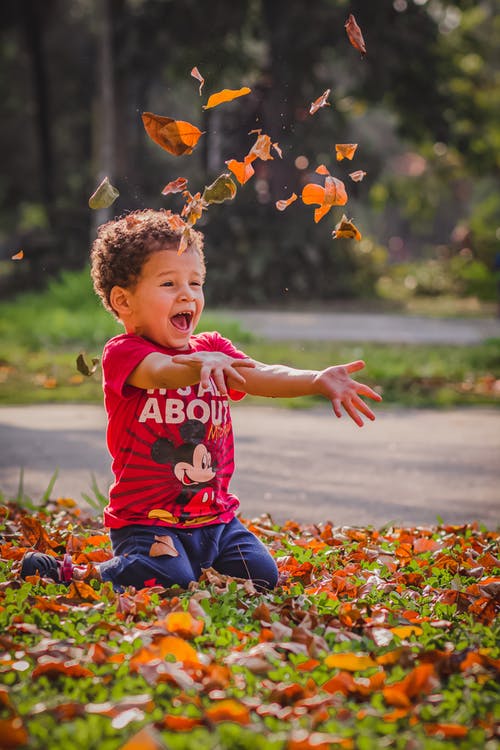 Myth, Misconception or Fact - Understanding what ADHD is

Is ADHD just another word for a person who has too much energy and too little focus and drive?

No. While most people know the most common symptoms of ADHD - e.g hyperactivity, inattention and/or impulsive and disruptive behavior, this by no means indicates that all ADHD is a series of bad habits and behavior. ADHD is a legitimate mental disability that one will have their entire life - it can be treated, but it cannot be cured. Furthermore, these symptoms in and of themselves are neither enough to confirm a diagnosis of ADHD, nor are they only symptoms those with ADHD may exhibit. Additional symptoms of ADHD include: chronic lateness and/or forgetfulness, anxiety, poor organizational skills, low self-esteem, employment problems, a short temper, difficulty finishing a task, unthinking and immediate responses to situations, difficulty controlling behavior and restlessness (webMD.com).

Doesn't everyone have some degree of "ADHD" in this modern world?

No, they don't. While it is true that attentions spans are shorter and a need for instant gratification is higher than it has ever been, this is not a neurological condition. It is simply due to increased technology and bad habits. As stated above, general distraction and impatience are not necessarily indicators of ADHD.

Can girls have ADHD, or is it just a problem in boys?

While ADHD is more common among boys than girls, girls can absolutely have ADHD. In fact, according to CHADD, 5.6% of girls in the world have ADHD, as opposed to the 13.3% of boys of boys in the world with the same affliction.

But what exactly is ADHD? is it just a result of bad parenting, or is it genetic?

There are a lot of people out there who may have heard the myth that ADHD is caused by bad parenting. This however, is just that - a myth. While poor parenting can eventually lead to increased symptoms in children and adults later in life, ADHD is most often a genetic disorder involving irregularity in the brain functions known as the "executive functioning skills" (add.org). It can also be caused by things such as low birth weight or prenatal maternal smoking (chadd.org)

What if after all this you still think you or your child has ADHD?

If you are still leaning towards the idea that either you or your child has ADHD, there are steps you can and should take to discover the truth, the first and foremost of which being to take a simple online ADHD test. This will indicate if there is in fact a reason to be suspicious, or if you are simply looking for an explanation for rough behavior. Then, if the test comes back as saying you or your child might or most likely have ADHD, it is time to seek a professional diagnosis.

Note however, diagnosing ADHD isn't an exact science. It requires observation (especially when it involves children), as well as establishing a pattern of behavior. For this reason, it can be extremely helpful to document any and all moments, either in your own life or the life of your child, you feel may be relevant.

How to Get Tested For ADHD

There are many sites available online that offer ADHD testing, such as Psychology Today's online ADHD test that takes only 10-15 minutes to complete. Additionally, there are resources and specific ADHD tests for kids (such as the self test suggested by Attitude Magazine) which can help you to determine whether or not there is a deeper issue at hand. 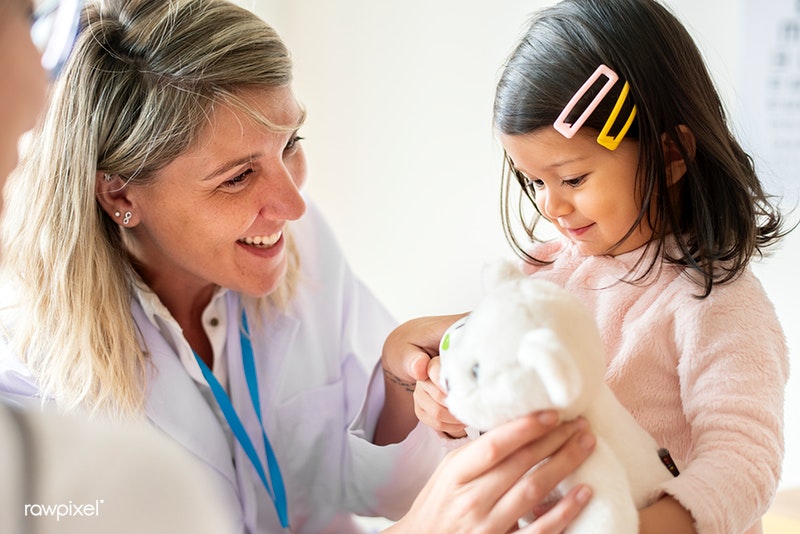 If however, as stated above, you really think you have ADHD you need to get professionally tested. This is important not only because it will finally allow you to know for sure what is going on, but it will also help your child if perhaps they need to change their learning environment, ensuring a smoother transition and brighter future.

Therefore, if you believe you have ADHD, you need to make an appointment with a psychiatrist - preferably one who specializes in ADHD - to get you or your child properly diagnosed. Be aware however, this may take some time, as behavior is usually assessed over a period of several months.

Additionally, you will need to make appointments to have either you or your child's hearing and vision tested, as well as have an overall physical examination done. This is because all factors must be ruled out before ADHD can be said to be the cause.

Then, after all of this is completed, you or your child's psychiatrist will gather all the information, including those results from the physical exam, hearing and vision tests, and even information attained from others involved (such as schools and caregivers), to decide whether or not an ADHD diagnoses should be given.

How to manage your or your child's ADHD

Your child has been tested and the results have come back saying he does in fact have ADHD. You're relieved because you can finally begin moving forward and make things better for your baby instead of struggling every single day. But how exactly do you do this?

There are multiple thoughts when it comes to what is considered the best course of treatment for those with ADHD. Of course, there are medications which can be taken and have proven to be extremely helpful.

The two main types of ADHD medication are stimulants and non-stimulants, both of which have been used safely for decades. Moreover, both children and adults report medication either totally relieving their symptoms, helping them to gain back control of their lives, or helping enough to see a difference. In these cases, adjustments in medication may need to be made.

The most effect form of treatment for ADHD however, is a combination of medication and therapy, (for both adults and children).

Therapy for those with ADHD mostly focuses on behavior. In children ADHD therapy involves working with the children to help re-wire their behavioral triggers. This is done in a number of ways, but the most well-known way is by teaching parents and teachers how to provide positive feedback for good, desired behavior.

Adults on the other hand, can work with therapists to develop strategies and plans that allow for a more structured and organized lifestyle, eventually helping to train them in behaviors that are more productive to their lives. 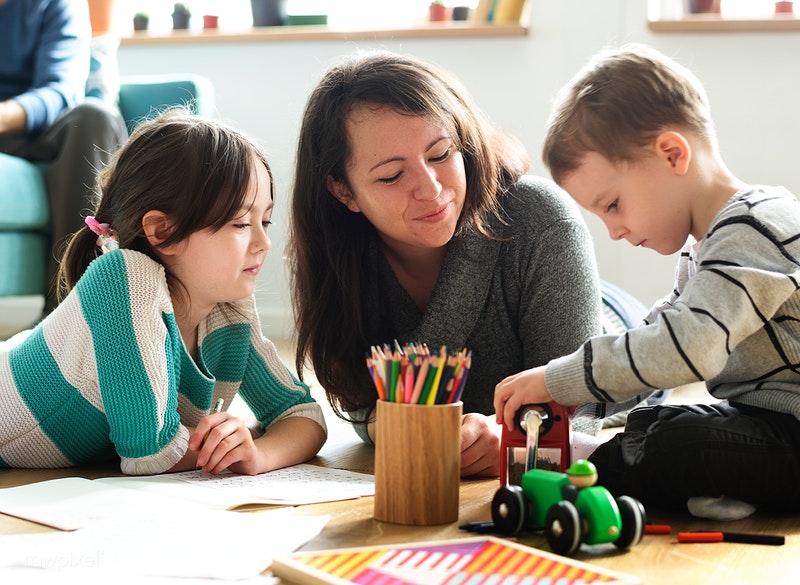 That said, both forms of treatment (therapy and medication) have proven to be tremendously effective, and have in many cases allowed people with ADHD to lead extremely productive and fulfilling lives. And while there is no "cure" for the condition, proper attention to medication and therapy can often lead to a feeling of nearly total normalcy.

Previous Article
Use Your ADHD Hyperfocus To Be Productive
Next Article
Alternative Options For ADHD Treatment
For Additional Help & Support With Your Concerns
Speak with a Licensed Therapist
The information on this page is not intended to be a substitution for diagnosis, treatment, or informed professional advice. You should not take any action or avoid taking any action without consulting with a qualified mental health professional. For more information, please read our terms of use.