Advice Home > ADHD > Why Labeling Children With ADHD Is Wrong

Why Labeling Children With ADHD Is Wrong

There is an overabundance of children and teens diagnosed with Attention Deficit Disorder (ADHD) each year. This phenomenon has been on the rise since the early 1990s when Ritalin became the wonder drug for helping parents and teachers control the behaviors of children with what was considered extreme hyperactivity and difficulty concentrating(Visser & Jehan, 2009). Persons with Attention Deficit Disorder (ADD) do not automatically meet the diagnostic criteria for ADHD.

According to Döpfner, Breuer, Wille, Erhart, & Ravens-sieberer(2008), many children and teens are misdiagnosed with the H-factor, when they do not meet that criteria. According to the diagnostic criteria from the DSM-VTM (as cited in "Diagnosis of ADHD using DSM-5TM," n.d.), children and teens must exhibit not only a deficit in the area of attention, but also must display symptoms of impulsivity, hyperkinetic activity, and blurt out thoughts. 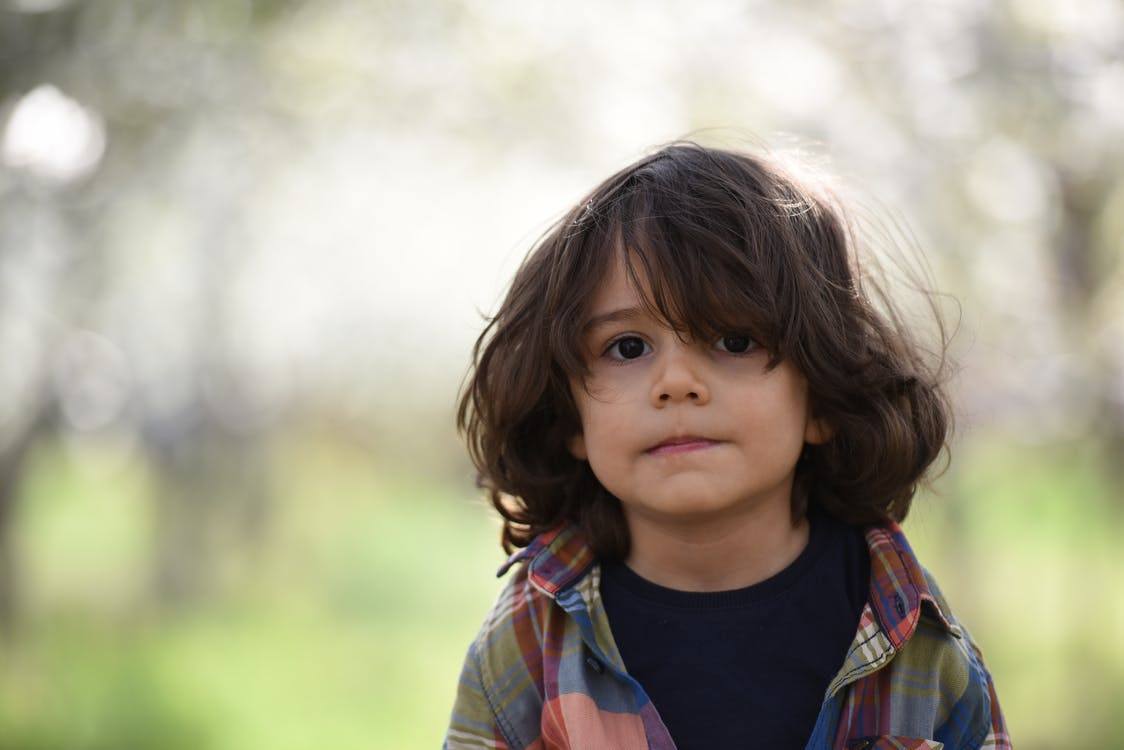 The qualifiers most doctors seem to miss, or gloss over, are the words persistent and increasing when it comes to the diagnostic criteria. Some researchers are concerned that evaluators are placing too much stock in self-reports of children and teens (Hurtig et al., 2007), or what teachers (Elik, Corkum, Blotnicky-Gallant, & McGonnell, 2015) have to say. Without following the DSM-VTM criteria, these children and teens are labeled with ADHD, and this can be stigmatizing for them and their families (dosReis, Barksdale, Sherman, Maloney, & Charach, 2010).

Why So Many Get It Wrong

Children are active, and some may seem hyperactive. However, hyperactivity coming from a teacher's or a parent's point of view is largely subjective. Children are expected to sit for extended periods of the day in school; for a child who likes to play, this just may seem unreasonable. Depending upon how structured the home is, this may be the only time the child is expected to sit still. Children are supposed to be active. They should play, they should run around, and yes, they should show a variety of interests in the world around them. If a child is bored or has been kept inactive for long periods, he or she is bound to feel as if bursting from the seams. Adults should not be so quick to call active - hyper, based on their preference for a child.

Before parents and teachers label a child as ADHD and seek a supporting diagnosis they should ask themselves a series of questions: 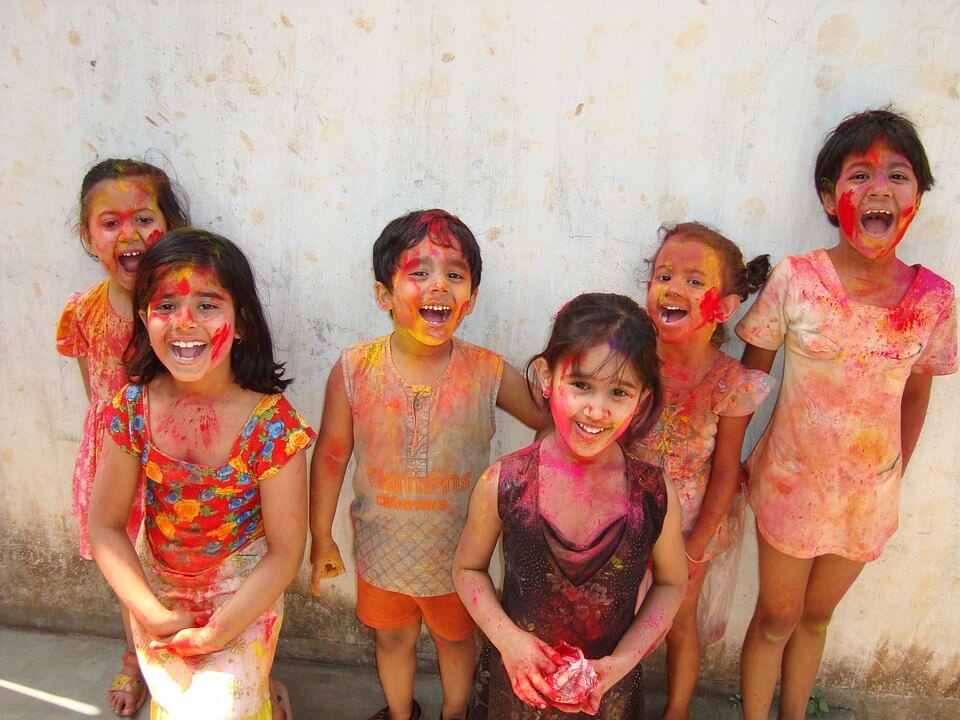 Teachers seem to forget at times that differentiating classroom instruction and activities does not always apply to children with learning disabilities or exceptionalities (Armstrong, 1999). All children have different personalities and learning styles and education should not be one-size fits all; neither should home life for a child. If a parent has five children, no two of them will be the same. If Tommy, the oldest of two, is quiet, with a calm demeanor, never giving a moment of trouble, when Jason comes along and is talkative and sometimes mischievous, their parents cannot expect the same strategies used with Tommy for getting homework done, or a bath is taken to work for Jason.

Where is the bar set for teachers and parents before they decide there is something wrong with a child? It is erroneous for parents who have not carefully scrutinized the environment they have provided, to make the assumption of ADHD (Lewis-Morton, Dallos, McClelland, & Clempson, 2014). Once one teacher has labeled a child, it often sticks and sets the tone for other teachers to anticipate behaviors (Visser & Jehan, 2009). There is a level of wrongness that teachers, parents, and doctors fail to recognize, and in so doing, fail the child.

When It is Right

There is no intent to suggest that ADHD is not a legitimate concern. It is a disorder, and what that means is that there is a persistent pattern of behavior or symptoms that interfere with the child or teen's ability to function ("Diagnosis of ADHD using DSM-5TM," n.d.). There is nowhere in the criteria that state the child or teen's behavior interferes with the parents or the teacher's ability to function. 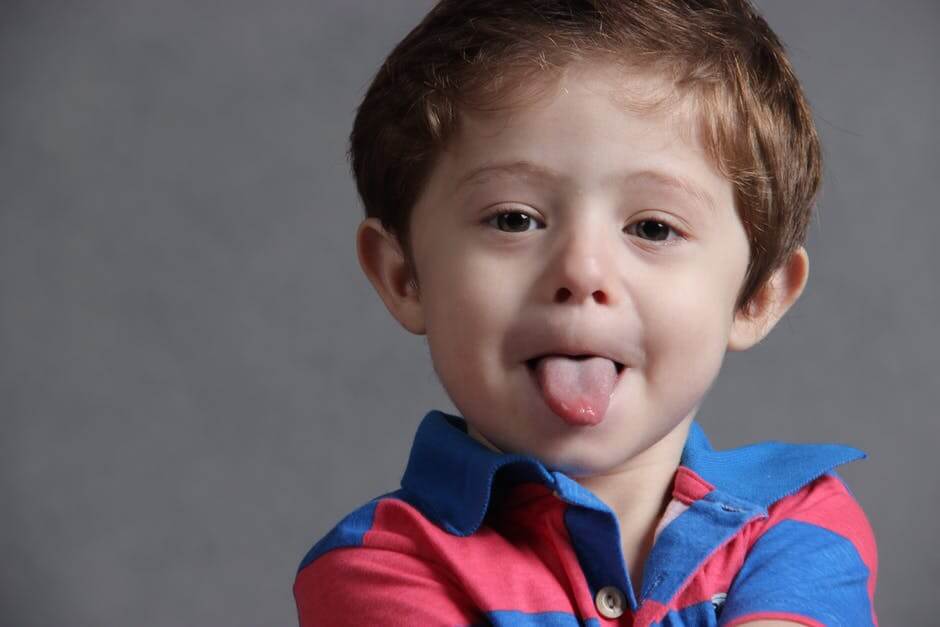 While there are those children who validly disrupt the classroom due to their inability to cope with ADHD, there are also those who disrupt the classroom because it needs disrupting. That may seem a harsh thing to say. However, if adults think about long meetings when they have sat, day-long, or worse weekend-long conferences, they can identify with the child who is expected to sit still for more than half an hour at a time. Children need movement. They need mental stimulation. They need socialization. Without these, most children would seem hyperactive, or overly talkative.

The Dangerous Side of Flip

Alternatively, there are the children who are never identified. Their thoughts and behaviors become uncomfortable for them, so by the time they reach adolescence they have learned to self-medicate either with alcohol or marijuana (Pedersen, 2015). These adolescents have just opened the door to substance abuse that can become a never-ending cycle.

There is yet another side of the coin when it comes to children and teens who show signs and symptoms that could be ADHD, and that may not be hyperactivity, but hyper-intelligence. That is perhaps the scariest part of medicating a child. Medicating a child who is gifted is like breaking the wrist of a child who has a great pitching arm. The characteristics of the gifted child are often confused with that of the ADHD (Hartnett, Nelson, & Rinn, 2004;Rinn & Reynolds, 2012).

The difference is that when a gifted child is placed with others who are also gifted, or above average intelligence, poor behaviors - or behaviors that are assumed poor because the child has been improperly diagnosed as ADHD - will diminish ("Before Referring a Gifted Child for ADD/ADHD Evaluation," 2011).

Frequently parents who are feeling frustrated and helpless with a child's behavior are all too willing to accept the opinion of a teacher, school psychologist, or special education evaluator. In some cases, a wrong answer is an answer. The idea of having a miracle medication that will solve all problems seems like mana from heaven to parents as well as teachers who lack the information and skills to employ strategies and interventions to help the child (Lewis-Morton et al., 2014).

The Duality of Being Mislabeled 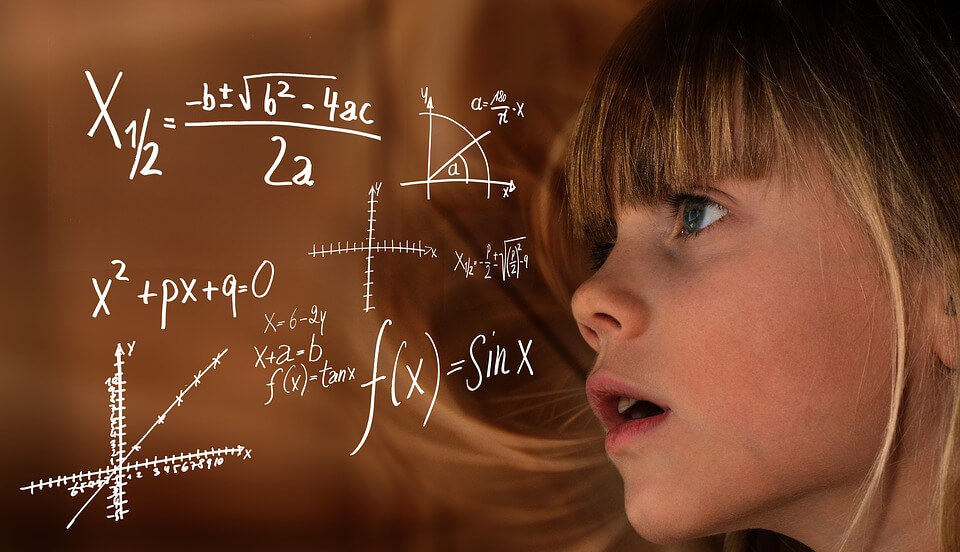 There are also children with dual exceptionalities; they are gifted and have ADHD, yet do not fit neatly under either label. As Baum (1990) suggested, it is discomforting to realize that someone is so multifaceted they cannot easily fit inside a box, or assigned a label. Often, it is simply easier to label a child as ADHD and place the child for services, than simply see that child as "odd" or eccentric, which are characteristics of giftedness (Hartnett et al., 2004). Such students carry this label with them through high school; as once diagnosed, the situation is rarely revisited. High school students often have lived with the stigma associated with special education since elementary school. These students resist being pulled out on test days in deference to the extra time that has been applied since the student was in elementary school. They are the ones who listen in pain to "retard" jokes in the classroom and hold their breaths in anticipation that someone who was in a resource elementary class will rat them out.

As stated earlier, there is often a very fine line between ADHD and giftedness (Hartnett et al., 2004). Perhaps, the reason for this is that educators and practitioners are the ones who cannot understand, and therefore if the child does not fit neatly inside the box or meet the checklist requirements, they must be labeled as something. Indeed, education's idea of differentiation is to take rectangular, triangular, and octagonal kids and force them into the same round hole.

Baum (1990) and Beckley (1998), aptly point out the three most common twice-exceptional children. There is the child that is bright, began doing everything early, has excellent verbal expression, and astounds adults with his or her advanced insights. This child, according to Beckley, is often taken unawares when he or she struggles with course concepts and will use disruptive behavior or avoidance as a cover-up. According to Baum, with this child the giftedness masks other issues; then there is the child whose other issues masks his giftedness (1990). This child often becomes the class clown, then finally settles into a seat, answers questions with head down, when no one else has the answer, raises the head looks around with an "Are you kidding me" expression, then plop; head goes back down. 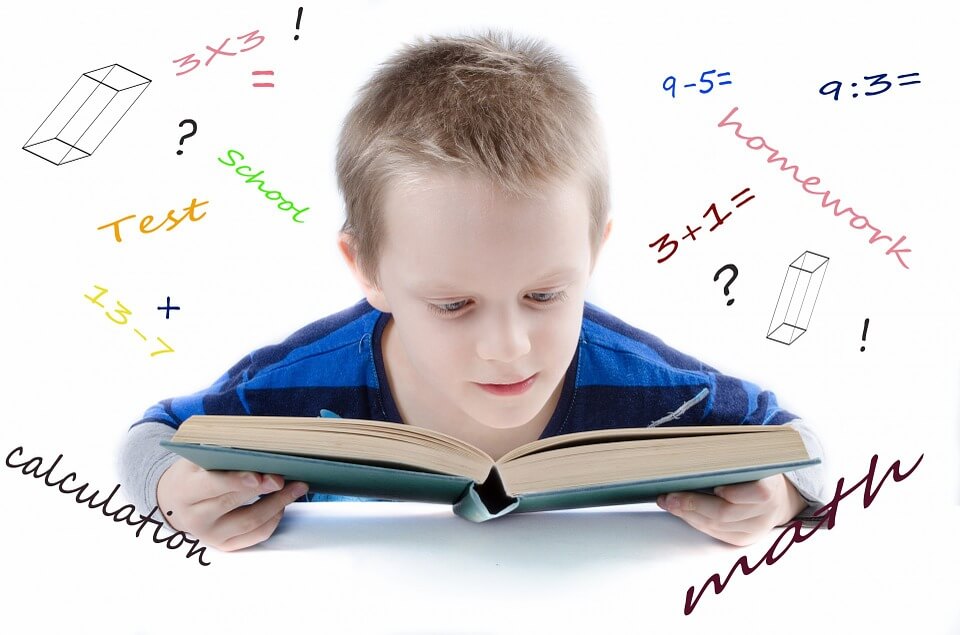 According to both Beckley (1990) and Baum (1998), there is the child who seems to pull strongly in both directions, and one exceptionality appears to mask the other, therefore is never appropriately identified. He or she is often off task and finds the class to be boring. Grades are not bad enough to suggest a learning problem, but not good enough to infer giftedness. However, a conversation about what he or she finds interesting brings light to the student's face and an effervescence not seen before.

According to the National Education Association (2006), one of the many problems with dual services for these children is funding, while the largest concern is identification. There is a double-edged sword; many states do not support dual exceptionalities. Therefore, if the goal is for students to pass their classes and standardized testing, the squeak noticed first gets the grease. Another issue is the assumption/myth that gifted students are easy, set them and forget them. A twice-exceptional child is more work but can be the most challenging and rewarding type of child to teach.

Before labeling a child as ADHD, it is important for parents, teachers, and practitioners to recognize that a child is more than a diagnosis. It takes time, sometimes even months of testing, trying different strategies, and working closely with the child by all involved parties before a diagnosis should be rendered. Most importantly, the time and steps should be taken before prescribing medications. 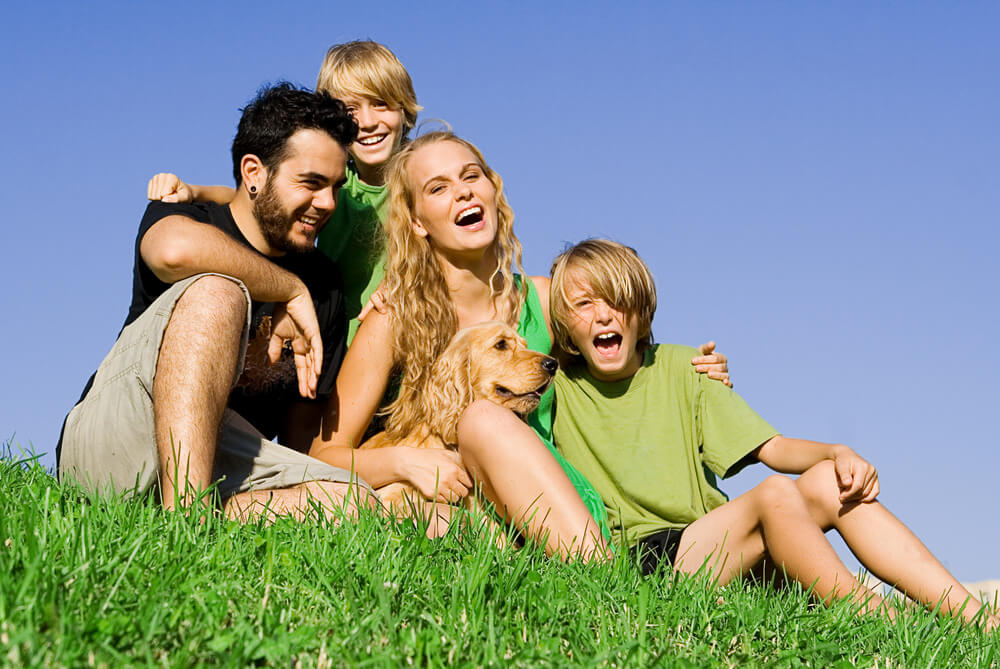 Parents should be empowered by school counselors, teachers, and practitioners to advocate for their children. Providing literature, seminars, and webcast information, strategies and the latest educational, as well as medical research, can benefit parents. When a child does have ADHD, it is important for parents, teachers, as well as medical practitioners, to understand and appreciate that the child is not happy with his or her behavior. However, this child has had to adapt and compensate for his or her behavior, and sometimes in negative ways.

Until a proper diagnosis has been given and a decision made as to whether medication is the appropriate course of treatment, parents should consider cognitive and behavioral therapy for their child. When children feel labeled, they are uncomfortable and feel as if they do not fit in at school or even in their families. Therapy for not only the child, but also parents and siblings can help bring order back into a family that has been disordered either through the misdiagnosis, or improper treatment of a child or teen.

Before Referring a Gifted Child for ADD/ADHD Evaluation. (2011, September 13). Retrieved April 3, 2017, from http://sengifted.org/before-referring-a-gifted-child-for-addadhd-evaluation/

What Is ADHD?
For Additional Help & Support With Your Concerns
Speak with a Licensed Counselor Today