Advice Home
>Anxiety
>Informing Yourself About The Best SSRIs For Anxiety

Informing Yourself About The Best SSRIs For Anxiety 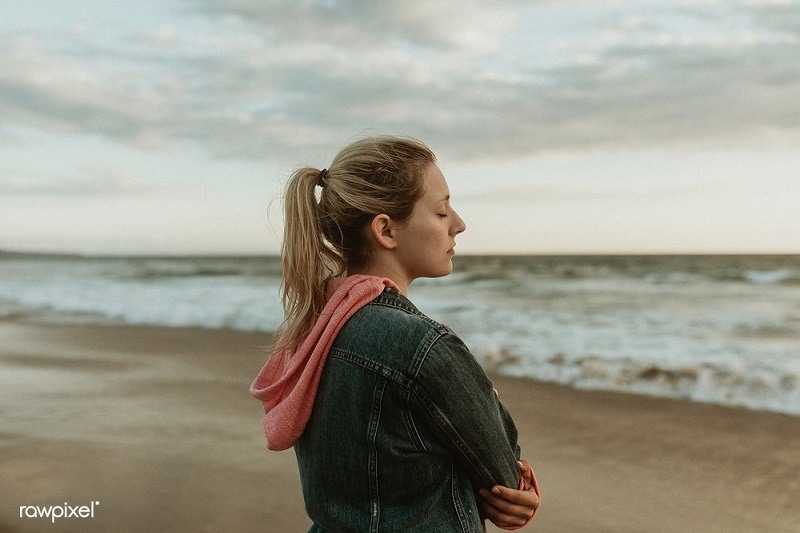 Anxiety is the body's automated 'alarm system,' which manifests as the so-called fight-or-flight response to a perceived threat. Feeling anxious is a normal reaction to sometimes uncontrolled or traumatic life circumstances, and is transient. Often, normal anxiety can be successfully managed in some natural, medicine-free ways. Ideally, taking scheduled or prescribed medicine should be the last line of treatment, and then only if a trained medical professional has made a positive diagnosis of an anxiety disorder.

It needs to be stressed that the doctor will ultimately decide which SSRI is best suited to treat a patient's anxiety disorder. The following is only for information purposes, and a trained doctor should always confirm self-diagnosis. Strictly refrain from taking old or expired SSRIs, or from taking someone else's SSRI without a doctor's diagnosis and prescription, as it could prove dangerous, or, in extreme cases, fatal.

SSRIs, or selective serotonin reuptake inhibitors, are antidepressants with an indication for long-term treatment of numerous anxiety disorders. SSRIs are the first treatment to be prescribed if your doctor suspects an anxiety disorder.

Some SSRIs differ in their chemical and pharmacological composition. Sometimes switching from one SSRI to another (intraclass switching) can have a significant effect, and is recognized as a safe treatment strategy. 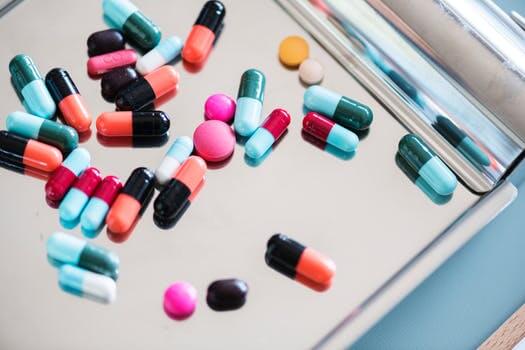 When a doctor considers an SSRI for a prescription, they keep in mind the clinically important differences between the SSRIs. These would include:

The Above Considerations Can Influence:

For this article, we will only compare the SSRIs (citalopram, escitalopram, fluoxetine, fluvoxamine, paroxetine, and sertraline) with each other regarding their Indications for Anxiety Disorders, Side Effects, Drug Interactions and Withdrawal Symptoms.

Not an easy read, but, when it comes to medical treatments that deal with the psyche, one cannot be too informed. So, now that we have looked at some of the primary treatments, how does one decide if one needs to approach a doctor? 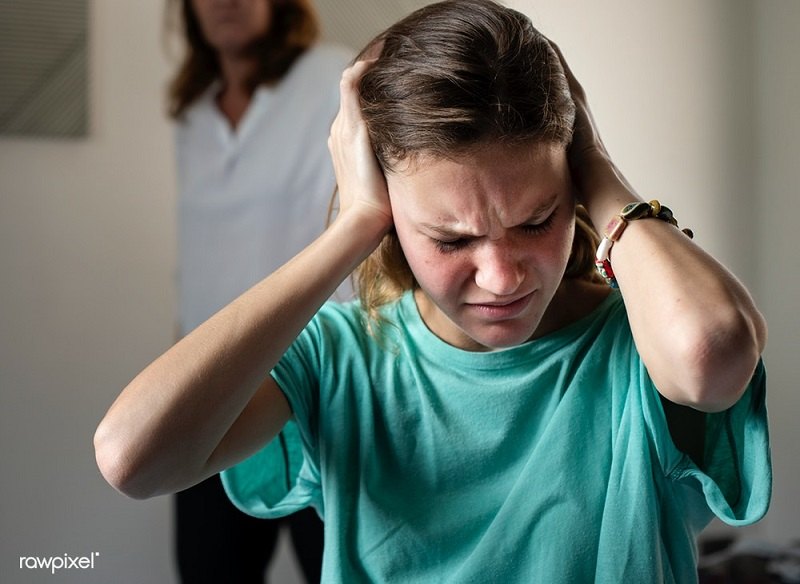 Everyone experiences anxiety from time to time. Someone with a disorder will, however, experience anxiety chronically and more severely.

If you recognize, in yourself, any three of the symptoms listed in the right-hand column, it may be time to consider therapeutic and medical assistance. Other troubling emotional symptoms of an anxiety disorder include:

The following physical symptoms of anxiety are common, but if you have an anxiety disorder, you will frequently or chronically, and excessively experience two or more of the following:

Anxiety is a common emotion we experience due to a variety of reasons. Very often, it needs no more intervention than conscious relaxation or just time out from the stressors. Sometimes, it is good to see a therapist or counselor, especially for anxiety in response to a traumatic event, or series of events. If the symptoms persist, or you present with three or more of the symptoms listed in this article, it would be prudent to see a doctor or psychiatrist. 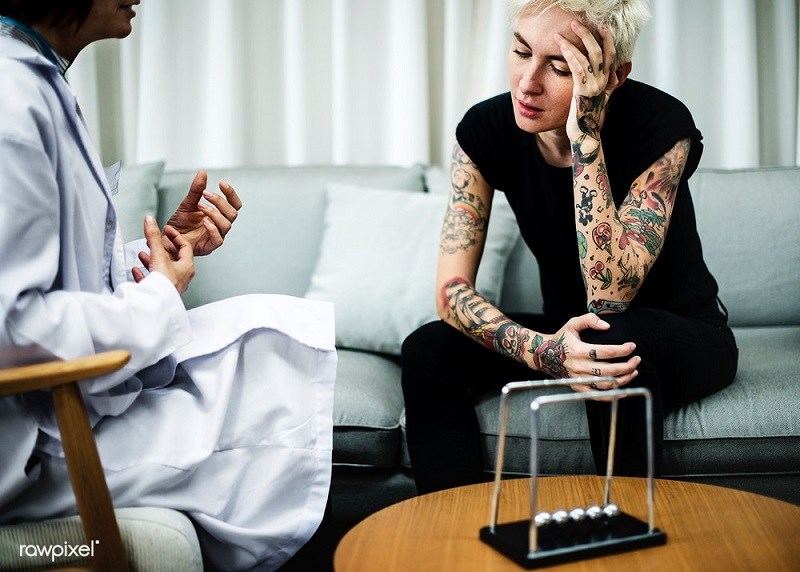 The medical professional will determine if medication is necessary, and if so, what the best SSRI for your anxiety would be. For optimum results, the doctor would advise concurrent therapy or counseling, and BetterHelp could be the perfect platform for this purpose. Our therapists and counselors are trained to deal with any anxiety disorder, increasing your chances of leading a normal, low-anxiety life again.

Are SSRIs effective for anxiety?

For the majority of people with generalized anxiety disorder or social anxiety disorder, many commonly prescribed SSRI’s (selective serotonin reuptake inhibitors) can be effective for reducing anxiety symptoms they experience. It is important to note that SSRIs do not begin working immediately however, and in some cases can take from 2-6 weeks to be effective.

In addition, in some cases symptoms of fear and anxiety can actually worsen in the first few weeks of treatment. While this is normal, it is important to mention any changes in your mental health and any side effects that you may be experiencing with your doctor or therapist as soon as possible. Your medication may need to be adjusted or changed.

It is also important to note that for some patients with generalized anxiety or social anxiety it may take a few tries to find the medication that is right for you. There are numerous medications used to treat depression that the Food and Drug Administration has approved for treating anxiety as well. Talk with your doctor to see which treatment option is right for you.

Which SSRI has the least side effects?

Although SSRIs in general tend to have fewer side effects than many other antidepressants, they do tend to have a higher rate of sexual dysfunction. That number still remains fairly low, and side effects are typically more serious in patients under the age of 25.

Citalopram (Celexa) has the fewest side effects and has been shown to be the best tolerated SSRI in clinical trials, followed by fluoxetine, sertraline, paroxetine (Paxil), and fluoxetine (Prozac).

Paroxetine and fluoxetine tend to have the most side effects and have the highest rates of discontinuation. The most common side effects associated with these antidepressants are sexual dysfunction, weight gain, and sleep disorders.

Which SSRI is most effective?

It depends on the mental illness that it is being prescribed for. Sertraline (Zoloft) is the most commonly prescribed SSRI and is the most effective with minimal side effects for the majority of patients with symptoms of depression and anxiety.

In patients with obsessive compulsive disorder, panic disorder, and social anxiety sertraline is one of the most effective antidepressants.

Some of the initial side effects, such as drowsiness tend to go away after the first month of use. In addition, in many cases talk therapy in conjunction with an antidepressant is more effective than just medication alone.

Fluoxetine and paroxetine (Paxil) are also effective in cases of obsessive-compulsive disorder and panic disorder; however, they tend to have a higher rate of side effects. These can include suicidal thoughts, so it is important to monitor your behavior when you begin treatment.

Fluvoxamine is prescribed in cases of severe social anxiety or obsessive-compulsive disorder, but it has the highest rate of side effects and drug interactions. It is important to mention any other medications you may be on as well as if you have pre-existing conditions such as high blood pressure to your doctor before beginning treatment.

If you are still waiting for a diagnosis, discuss your symptoms with a therapist or doctor to determine whether SSRIs, tricyclic antidepressants, or medication that prevent norepinephrine reuptake are right for you.

Which SSRI is best for insomnia?

Unfortunately, all SSRIs have the possibility of causing sleep disruptions. However, there are many different antidepressants to choose from to help relieve the symptoms of generalized anxiety, social anxiety, or panic disorders. Talk with your doctor or therapist if you are experiencing side effects such as insomnia, and see if there is a different medication that is right for you.

What is the mildest antidepressant?

The mildest antidepressant with the least amount of side effects is Citalopram. It is typically prescribed for generalized anxiety disorder and social anxiety.

SSRIs are typically recommended for the majority of mental health patients due to their lack of side effects as opposed to other drug treatments such as monoamine oxidase inhibitors and tricyclic antidepressants.

Which is the newest antidepressant?

The Food and Drug Administration approved esketamine on March 5th, 2019. It is a nasal spray derived from ketamine and may help patients with mental illness that resist typical treatment methods.

What are the top 5 antidepressants?

Working with your doctor to choose the best medication and treatment plan for you is essential for your mental health. Depending on your medical history and symptoms, they may recommend a SSRI, monoamine oxidase inhibitors, tricyclic antidepressants, or medication that prevents norepinephrine reuptake.

As with any medication it is important to speak to your doctor about any potential side effects or drug interactions you may experience with any new medication.

What is the best natural antidepressant?

While some herbs are believed to help relieve some of the symptoms of mental health disorders, none have been approved for such use by the Food and Drug Administration. That said, some vitamins and herbs that have been recommended are:

It is important to check with your doctor for any possible drug interactions or side effects before you start taking any of these supplements.

How can I increase serotonin levels naturally?

There are a few ways to help your body produce more serotonin naturally. Foods containing tryptophan such as turkey and salmon can trigger serotonin production in the brain. This increase in serotonin can also cause a loss of appetite which may help with weight loss.

Another natural method is cardiovascular exercise, particularly in sunlight. This combination will help boost serotonin production.

How can I increase serotonin and dopamine naturally?

These are the most common and most natural ways to increase serotonin and dopamine production without medications. These may also cause a natural loss of appetite which can boost weight loss. Being at a healthy weight can also help reduce some of your symptoms.

What vitamin is a natural antidepressant?

Studies have shown that increasing your intake of Vitamin D and Fish Oil may help relieve some symptoms of depression. In certain cases, St. John's Wort has also been shown to be effective. It is important to speak with your doctor if you have a serious condition such as obsessive-compulsive disorder or severe social anxiety before stopping medications in favor of supplements.

Remember to speak to your doctor about potential side effects from these supplements before you begin taking them, and always follow your doctor’s recommendation.

What vitamins help with anxiety?

In some studies, magnesium and vitamin D have been shown to help relieve symptoms of GAD and social anxiety when taking with proper medications.

What can I take instead of antidepressants?

It is important to speak with your doctor before stopping any antidepressants to prevent discontinuation syndrome. Stopping medication suddenly can severely impact your mental health, as well as exacerbate any existing mental illness or side effects.

What is the best natural supplement for anxiety and depression?

There are no natural supplements that the Food and Drug Administration accept as treatment for any mental health disorders. It is important to speak to a health care provider if you believe that you may have a mental health condition so that you can receive proper treatment.

It is also important to note that certain supplements may interact with medications that you are on and may cause unforeseen side effects. You should consult your mental health care provider before beginning or switching to any supplements.

There is evidence that a deficiency in Vitamin D may cause people with potential mental health disorders develop symptoms, even if they previously had none.

It is for this reason that many doctors recommend sunlight and vitamin D supplements for patients with mental health disorders as well as a natural way to treat depression and generalized anxiety.

Previous Article
Proven Tips To Feel Better When You're Feeling Anxious For No Reason
Next Article
Stress And Anxiety Management Techniques
For Additional Help & Support With Your Concerns
Speak with a Licensed Therapist Today
The information on this page is not intended to be a substitution for diagnosis, treatment, or informed professional advice. You should not take any action or avoid taking any action without consulting with a qualified mental health professional. For more information, please read our terms of use.