What Is Generalized Anxiety Disorder? DSM 5 And Inclusion Criteria

What Is Generalized Anxiety Disorder? 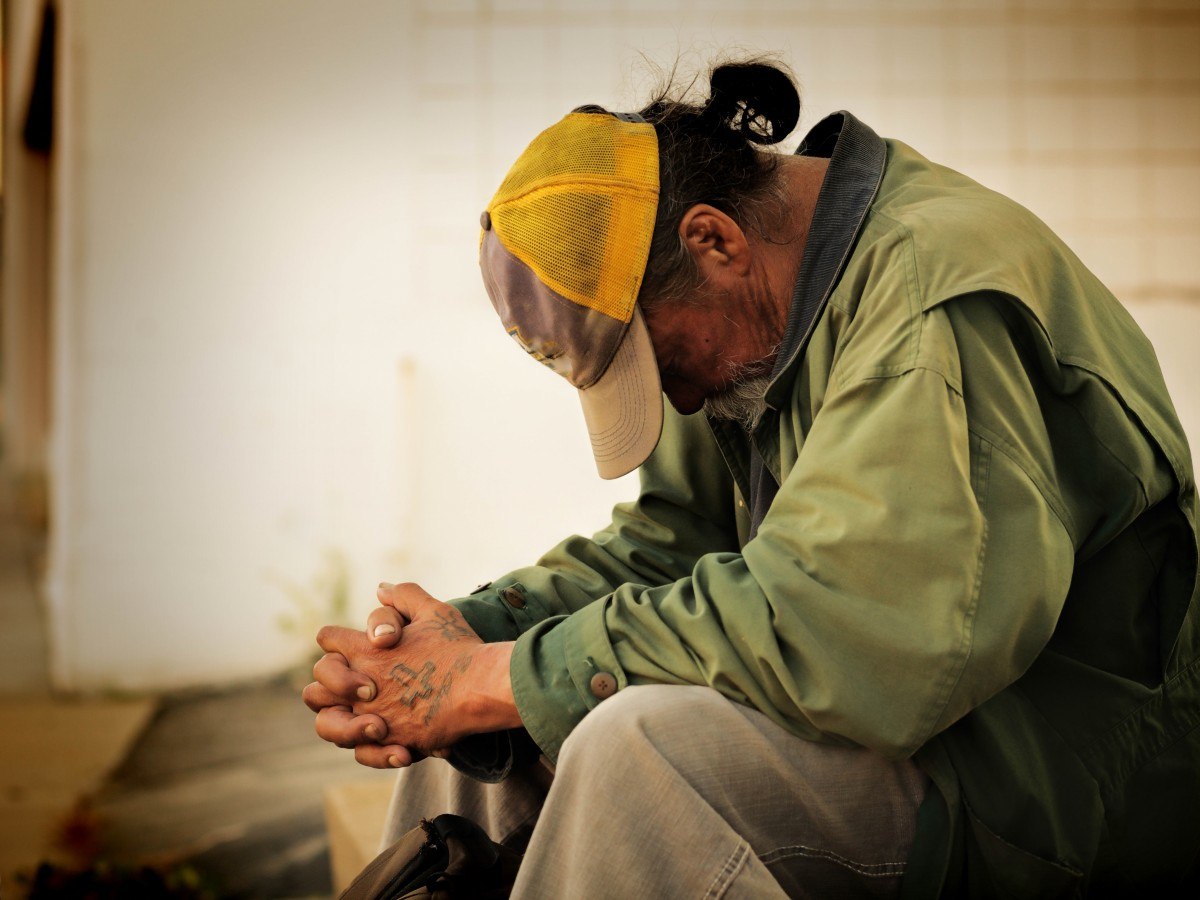 Want To Learn More About Generalized Anxiety Disorder?
Speak With A Board-Certified Therapist.

Generalized Anxiety Disorder (GAD) is an anxiety disorder characterized by general, uncontrolled feelings of anxiety, without a single or definitive trigger or source. This disorder might be sparked as a result of a traumatic situation, but often seems to have no source at all when it springs to life. Generalized anxiety disorder involves chronic, persistent, and unresolved anxiety, often concerning everyday things that would not typically cause undue strain or stress. Although it can co-exist with other mental health disorders, the symptoms of anxiety are distinct on their own.

Difficulty concentrating, relaxing, and letting go all hallmarks of GAD, as your mind is essentially stuck on "worry" mode, and cannot seem to divert itself to other ways of thinking and feeling. Physical symptoms are not unheard of in GAD, as headaches, stomachaches, muscle tension and muscle aches, throat closure, chest pain, and actual bowel dysfunction have all been reported as symptomatic of anxiety disorders. GAD is a diagnosable mental health disorder and generally requires an evaluation by a psychotherapist or other mental health professional before a diagnosis is delivered.

GAD differs from other anxiety disorders in its scope; other anxiety disorders focus on a particular event, a specific set of symptoms, or a specific trigger, as is the case in Obsessive Compulsive Disorder, which describes a state characterized by anxiety surrounding impulses, obsessions, and behavior. General Anxiety Disorder, conversely, identifies a long-standing and non-specific stream of anxiety that affects all areas of life and proves potentially debilitating for patients with the disorder-in most areas, rather than a specific aspect of life or mental health. The Anxiety and Depression Association of America estimates that 6.8 million adults in the U.S. have a GAD.

The DSM is the standardized model by which most mental health professionals operate, and is referred to often as a source of guidance and understanding when evaluating, diagnosing, and treating patients. There are five iterations of the DSM now, and each of them seeks to update any changes in diagnostic criteria, symptoms, and research to provide those in the mental wellness field with accurate, safe, and effective information. The DSM-5 contains over ten years' worth of research and conclusions and is considered the most up-to-date and reliable method of identifying disorders and determining how to proceed with treatment to pursue mental health.

The DSM-5 is likely to grace the bookshelves and arsenal of any mental health professional whose services you engage, as it is not merely used for diagnostics, but is also used for medical and insurance coding. Because medical coding is important in receiving a reimbursement and allowing a treatment routine to be implemented, these manuals are an integral aspect of diagnosing, treating, and billing for therapy services, as they allow insurance companies to determine exactly what the patient in question's condition is, and what treatment might involve.

Why Is The DSM-5 Used In Psychology? 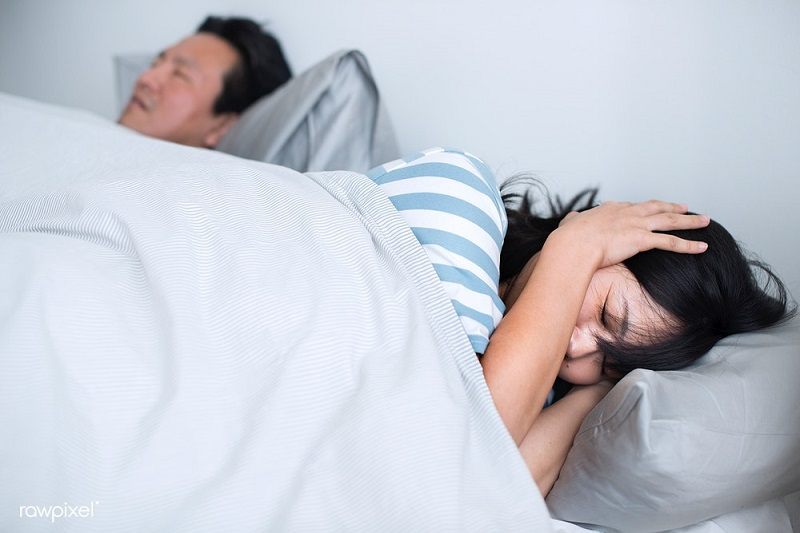 Psychological symptoms of mental health such as anxiety symptoms can often mimic one another, and many of them do seem to blend or overlap in patients. Psychology is a vast field, filled with countless patients per doctor, and innumerable combinations of risk factors, family histories, and co-morbid conditions. Determining what exactly a patient is dealing with-and, by extension, what the doctor is dealing with-can be a lengthy process, and often requires the objective, distant assistance of a manual. The DSM-5 is that manual.

The anxiety symptoms of different DSM 5 anxiety disorders changed, and the manual provides the insurance codes necessary to proceed with treatment. Qualifications include different symptoms unique to different forms of anxiety disorders. Panic Disorder, for instance, requires patients to experience panic attacks without a legitimate reason to incite panic, and attacks must happen with some regularity. Post-traumatic Stress Disorder requires that patients have experienced some form of the traumatic event before experiencing stress and (potentially) panic attacks.

The DSM-5 identifies the symptoms that must be present to diagnose a disorder safely. Aside from that, however, the DSM also offers treatment suggestions, symptom duration requirements, and co-morbidity protocols.

Differences In The DSM 5 And Previous Iterations

Although the most startling difference between the DSM-4 and the DSM-5 was the new characterization of Autism as a spectrum disorder rather than a single diagnosis, there were some alterations within the field of anxiety, as well. The DSM-5 changed some of the categories previously delineated for anxiety disorders. The most significant change within anxiety disorders came in the form of organization: while the "classic" anxiety disorders remained intact, two new disorders were brought into the classic sphere (Selective Mutism and Separate Anxiety Disorder). Other anxiety disorders also changed, as they were grouped into several distinct categories, including Obsessive Compulsive, Traumatic, and Dissociative.

Aside from changes made to the types of anxiety disorders, the DSM-5 altered the symptoms and classification of both Agoraphobia and Panic Disorder to more pared-down versions of themselves, allowing for a greater scope of patients to be diagnosed with each disorder. The DSM-5 also identified potential crossovers in diagnoses and instructed providers on how to proceed with these crossovers.

Generalized Anxiety Disorder is not considered a diagnosable condition under the DSM-5 until patients have experienced uncontrolled anxiety for at least six months, sleep disturbances, changes in physical health, difficulty concentrating, significant impairment in functioning, and do not have another disorder, mental or physical to explain it. If each of these points is met, health professionals can then provide patients with a GAD diagnosis.

If symptoms are all present, aside from 6 months, each of them can be attributed to something else. A health issue could explain gastrointestinal distress or headaches. A dramatic life change could explain sleep disturbances, restlessness, or difficulty concentrating. The conglomeration of all of these symptoms, however, for six months or longer suggests that the potentially cause-less Generalized Anxiety Disorder is at play.

Treatment According To The DSM-5

Generalized Anxiety Disorder is treated in one of two ways like many psychiatric disorders: psychotherapy or pharmaceutical drugs. The most common form of psychotherapeutic treatment for Generalized Anxiety Disorder is Cognitive Behavioral Therapy, which seeks to target thinking patterns that reinforce anxiety and the symptoms anxiety produces to pursue mental health. Cognitive Behavioral Therapy is a form of talk therapy and does not require any special practices or commitments to be utilized to treat GAD. 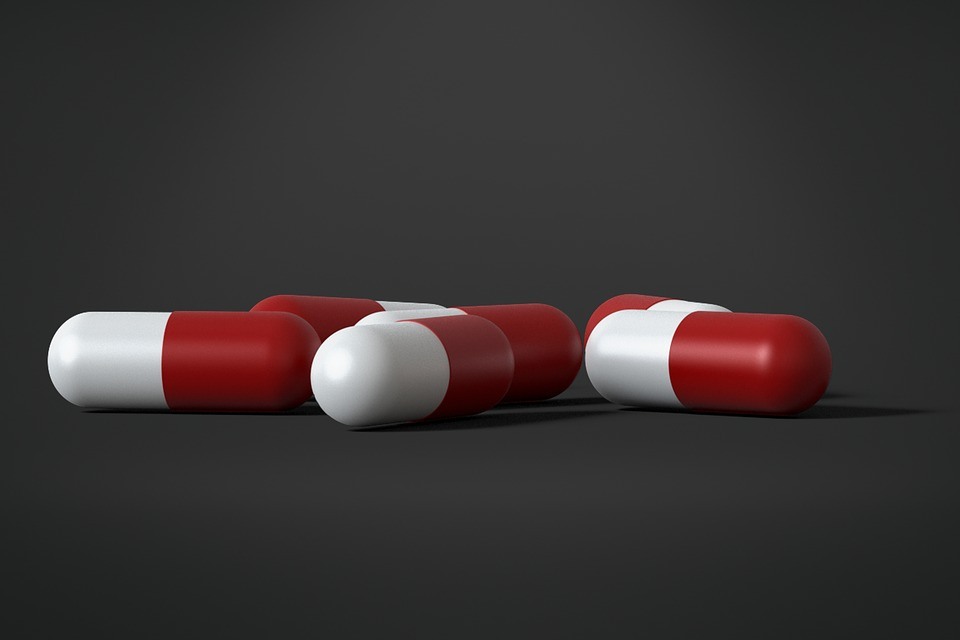 Want To Learn More About Generalized Anxiety Disorder?
Speak With A Board-Certified Therapist.

Unlike benzodiazepines which are prescribed for anxiety, antidepressants such as serotonin norepinephrine reuptake inhibitors may also be prescribed to treat GAD to improve brain chemistry and improve mental health, as the symptoms of anxiety disorders often intersect with the symptoms of depression and depressive disorders. These interventions typically work as a means of calming fear and other intense, adverse reactions on a biological level, and can help alleviate some of the physical symptoms of anxiety. A medical professional can prescribe medication to treat depression, GAD symptoms, as well as other mental of physical illnesses after a physical exam.

Both of these treatment methods for treating GAD used in conjunction may prove the most effective form of treatment, as they tackle both sides of the anxiety equation: biology and behavior. Engaging in treatment with a qualified professional with a strong history in anxiety disorders can help relieve many of the symptoms of anxiety like excessive worry, and can help keep the transition to engaging pharmaceutical help smooth and straightforward. Attending to the medical condition of Generalized Anxiety Disorder (GAD) with Cognitive Behavioral Therapy and anti anxiety disorder medication can help with many health conditions such as substance use, muscle tension and muscle aches, mood disorders, and other environmental factors or issues such as trouble concentrating, though many of these adjacent issues may require specific treatment.

Anxiety And The DSM-5

Although the alterations made to the DSM-5's classification and characterization of anxiety were not drastic, they did make some of the inclusion criteria for anxiety disorders broader, allowing people with less severe symptoms to be able to receive treatment, instead of focusing primarily on individuals whose conditions are severe. Allowing more people to receive treatment at the beginning stages of anxiety conditions could potentially mitigate the symptoms early on, instead of devolving into several co-morbid disorders, such as GAD and Panic Disorder, or GAD and Social Anxiety Disorder (SAD).

As researchers learn more about anxiety disorders, their cause, and more effective treatment options, changes must be made to not only treatment modalities, but also the parameters for diagnosis. The two greatest alterations came in the form of widening the scope of both Agoraphobia and Panic Disorder, two disorders experiencing a surge in diagnosis. As levels of anxiety as a whole continue to rise in people of all ages and backgrounds for an unapparent reason causing significant distress for family members and the community, mental health professionals need to adapt to the increased risk and learn quickly to adequately and effectively treat their patients. While the DSM focuses on identification and treatment, it encourages research that could allow professionals and laymen alike to better understand anxiety, what causes it, and how to keep it at bay. With GAD diagnosed, one can begin long term treatment through commitment therapy for treating anxiety. They can begin a healthy lifestyle such as reducing caffeine intake, work through previous life events, and begin a journey to a more fulfilled daily life where they don’t have to feel anxious all of the time. When one can seek professional help, they can reduce anxiety through medication with possible lab tests, therapy, and lifestyle changes in daily life such as relaxation techniques. Research suggests that for those developing GAD, support groups may also help after a few weeks, though for some a support group may worsen anxiety. The best treatment is devoid of negative experiences, and helps one thrive through everyday experiences.