Kava, or kava kava, is a tropical plant-based relaxant. Kava is made from the root of the Piper methysticum plant native to the South Pacific Islands, where it is enjoyed as a beverage in social settings, similar to alcohol. Also known by various other names such as ava pepper, ava root, and kawa, kava is a member of the pepper family. It is an herbal remedy believed to relieve stress and anxiety and to improve sleep quality. The root and stem of the kava plant are used in fresh or dried forms to make beverages and teas, or they are distilled or steeped into extracts and tinctures and made into capsules, tablets, and powders.

Kava's active ingredients include kavalactones, which account for about 3 to 20 percent by weight, as well as kavapyrones, kawains, flavokawains, and others. The kavalactones are the ingredient believed to be most responsible for kava's sedative effect. Although it is not known exactly how kavalactones work in the brain to reduce symptoms of anxiety, it is said that the kavalactones may affect neurotransmitters in the brain, including gamma-aminobutyric acid (GABA), the decreasing activity of nerves in the brain.

The word 'kava' means 'bitter' in the Tongan and Marquesan languages. The scientific classification Piper methysticum comes from the Latin word 'pepper' and the Greek word 'intoxicating, which is appropriate since kava is known for its sedative and anesthetic properties. These qualities might explain why kava is often used as a dietary supplement by people who suffer from general anxiety.

In addition to its informal use in social settings, Kava has been widely used for ceremonial, religious and ritualistic purposes in traditional Polynesian cultures, to achieve a state of altered consciousness, for hundreds of years. It is often mixed with water or juice, or steeped into a tea, but because it has a very strong flavor that many find objectionable, kava also comes in tablet or capsule form.

What Are The Benefits Of Kava?

Conventional anti-anxiety therapies like prescription benzodiazepine medications have long been prescribed for patients suffering from anxiety disorders and are generally very effective, but some people are increasingly seeking out natural or holistic alternatives or complement to traditional pharmaceuticals.

Kava has shown promise in numerous science-based studies in reducing mild to moderate symptoms for patients suffering from generalized anxiety and related conditions.

Studies involving animal subjects have shown that kava can reduce anxiety by forming a serotonin blockade in the amygdala part of the brain, and by interfering with norepinephrine reuptake. It may also provide anxiety relief by affecting vagal heart tone in those suffering from a generalized anxiety disorder.

A decent amount of clinical research has been done on kava, but differences in dosages, preparation methods, and study designs have muddied the waters a bit, regarding conclusions about kava's safety and effectiveness.

Some people take kava for reasons other than anxiety. Some use it to treat

There is insufficient scientific evidence to determine kava's effectiveness on many of these conditions. However, some research shows that taking kava extracts containing 70% kavalactones may reduce anxiety as well as certain prescription anti-anxiety medications.

Should You Take Kava For Anxiety?

Anxiety is one of the most commonly diagnosed in the U.S. Although prescription anti-anxiety medications are effective, they're not without side effects and the risk of addiction, so many people seek out alternative natural or holistic remedies, like kava.

Kava can have a relaxing effect, which science refers to as "anxiolytic," and this is one of the reasons that kava is often considered as a natural remedy for anxiety. Alcohol, whose effects are similar to kava, is also an anxiolytic substance.

The German scientific advisory board Commission E has approved kava for conditions of nervous anxiety, stress, and restlessness.

One small study indicated that patients suffering from anxiety which gradually increased their daily dose of kava, while at the same time weaning off of a benzodiazepine experienced neither an increase in anxiety or symptoms of withdrawal from the benzodiazepine. Another study suggested that kava could be as effective as two prescription anti-anxiety medications, Buspirone and Opipramol, for treatment of general anxiety symptoms. The effects are small but significant. 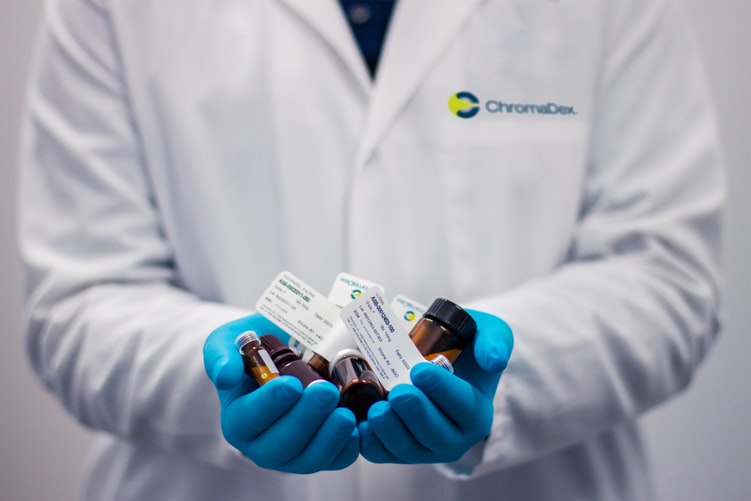 A very recent study found that a water-soluble extract of the kava plant was safe and highly effective for short-term anxiety treatment, but concerns about long-term safety, and other formulations and preparations of kava are controversial for potential side effects and adverse risks.

Taking kava may have the added benefit or improving sleep and reducing stress and insomnia, which, indirectly, may have positive effects on symptoms of general anxiety.

Kava's effectiveness may also depend on who you are: Taking kava for anxiety may be most effective in patients with severe anxiety symptoms, in female patients and younger patients.

What Is The Recommended Dosage?

There is no broad-spectrum dosage recommendation for kava, and the range in dosages, concentrations, preparation methods and courses of treatment make it impossible to estimate a universal dosage.

According to the American Botanical Council, unless otherwise prescribed, you should not exceed more than 60-20 milligrams of kavapyrones, regardless of the preparation, and not for more than three months' duration, again, unless you are medically advised otherwise.

What Are The Side Effects And Adverse Risks?

Some experts say that with regular, as-directed by doctor use at normal dosages, kava is generally safe and side effects are not common, and are generally mild, with a few exceptions. Adverse effects may include stomach pain or gastrointestinal upset, rash, headaches, dizziness, and fatigue. Long-term use of high doses can cause dry, scaly or yellowing skin, dark urine, and heavy use has been associated with heart problems and eye irritation.

However, other experts warn that serious illness is possible, even with short-term use at normal dosages. If you decide to take kava for anxiety, do so only after consulting with your trusted healthcare provider's awareness and supervision.

You should not drive or operate heavy machinery when taking kava, even at the prescribed dosage, because it may cause drowsiness, and impair judgment or affect motor reflexes.

There have been reports of hepatitis or liver damage, even liver failure, although these appear to be rare, and possibly related to a quality control issue at the manufacturing level. Still, in 2002, the Food and Drug Administration (FDA) issued a warning about the potential risks of liver damage associated with taking kava. It is still legal in the U.S., but it has been banned in several countries, including Canada and Great Britain.

It's important to remember that kava has been used for hundreds of years in the Pacific Islands, seemingly without these significant side effects. Perhaps this is because of the formulation and preparation method the Pacific Islanders use - water-soluble extract from the peeled root of the kava plant.

When used in conjunction with benzodiazepines, such as Lorazepam, Alprazolam (Xanax) and Clonazepam (Klonopin), kava could potentially enhance sedative effects, and taking it along with alcohol may increase the risk of potential liver damage, so extreme caution should be used. If you take kava for anxiety, your doctor should monitor your liver function frequently.

Children under the age of 18, anyone with a history of liver disease, and pregnant or nursing women should not take kava. If you plan to have any type of surgical procedure, you should stop taking kava at least two weeks before surgery, because of how kava affects the central nervous system and can alter medications administered during and after surgery.

Another thing to consider is that since kava is not regulated by the FDA, manufacturers, and ingredients are not subject to the same rigorous testing and quality control that the makers of prescription drugs are required to perform. Using only USP-verified supplements can help minimize the risk of serious adverse effects related to quality control.

If you're taking kava for anxiety and experience these or any other negative side effects, you should stop using it and see a doctor immediately.

In addition to discussing your anxiety and possible treatment with your healthcare provider, always tell your doctor about any vitamins or supplements you're taking or alternative or holistic health methods you're using or considering. Giving them a complete picture of your healthcare regimen is the safest way to avoid any kind of interactions and to ensure your best care.

If you're considering kava for anxiety, depression or other mental health condition, the safest course of action is to discuss it first with your doctor, to determine dosage and length of treatment, as well as to eliminate any potential contraindications or drug interactions. Kava may work best for you alone, or in conjunction with other treatments, such as prescription pharmaceuticals, therapy, diet, and other supplements.

5-HTP And Anxiety: Uses, Benefits, And Side Effects
For Additional Help & Support With Your Concerns
Speak with a Licensed Counselor Today