Advice Home
>Attraction
>What Is Genetic Sexual Attraction And Is It Real?

Genetic sexual attraction is a term used to describe adults who meet for the first time and are attracted to each other, but who are related to each other by blood. For instance, a father who has never met his daughter may find himself physically attracted to her as an adult. The term was first used in the 1980s to describe the attraction that may exist between adoptees and their newly discovered relatives, so the term is still fairly new. This is a fairly complex topic and there is a lot to talk about.

To understand genetic attraction, it is important to first understand how romantic attraction works. People tend to be sexually attracted to those who resemble them the most in both physical appearance and mentality. 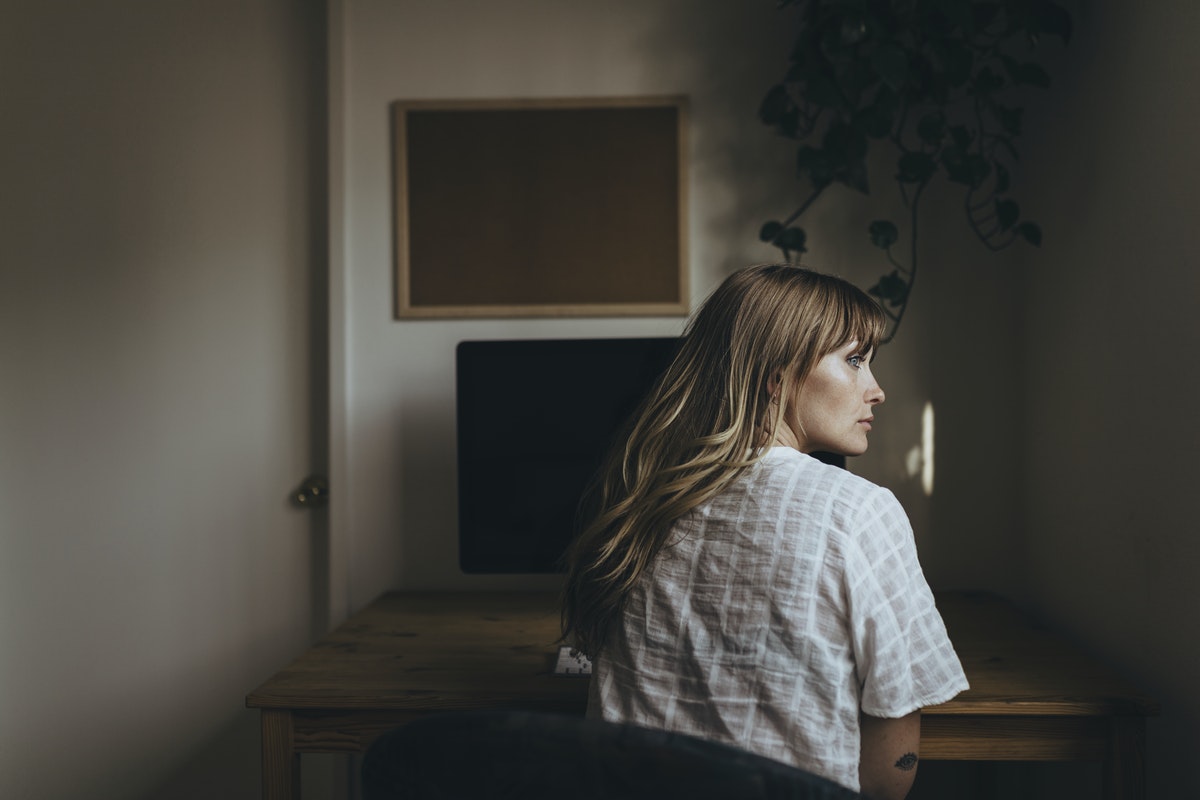 Have You Been Wondering If Genetic Sexual Attraction Is Real?
Find Out - Chat With A Board-Certified Psychology Expert Online Today!

Granted, this is not to say that all adoptees who one day meet their biological parents or siblings will find themselves experiencing a genetic sexuality attraction. In fact, such an occurrence is rare. However, more people nowadays can reconnect with long-lost family members, thanks to the internet, and so incidences of genetic attraction have been increasing.

If two relatives decide after meeting each other for the first time to enter a sexual relationship with each other, this is known as incest. Conversely, sexual attraction between relatives who grow up together is virtually unheard of. This could be due to the Westermarck effect, which is an aspect of human evolution that works on a subconscious level to prevent humans from engaging in inbreeding. The mechanisms underlying the Westermarck effect are currently unclear.

Being attracted to someone that you're related to is certainly problematic. It isn't something that someone should act on and it is seen as a taboo in most cultures. Being attracted to someone and being willing to act are two completely different things, though. If you've experienced some type of genetic attraction after meeting a long-lost family member, then understand that you aren't alone.

People go through issues like this and it can be very confusing overall. This doesn't have to be something that makes you feel like you're dirty or wrong. It's simply a normal response to seeing someone that you find to be physically appealing. We'll go over more about this issue later in the article and you'll start to understand the science behind it. Just remember that this doesn't mean that you need to act on your impulses.

Genetic sexual attraction has been considered a pseudoscience by some experts who have tried to debunk it. These experts believe the idea that "you're more attracted to people with whom you share your genes" is total bunk. Not a lot of research has been conducted on this topic, either because it is too disturbing to those who would study it, or because they otherwise dismiss it as utter nonsense. Therefore, there is little evidence at this point to prove whether genetic sexual attraction is a scientific fact.

However, one anonymous Reddit user told her story to Cosmopolitan back in 2016, and it sounded rather legitimate. While it may be a case of someone on the internet making up a story, she did explain that she was apprehensive about sharing her story in the public domain, but that she wanted to raise awareness of the issue so that others in similar situations might feel less alone.

According to this woman, she fell in love with her father after trying to track down her biological parents as an adult. Upon meeting her father, she was drawn to the fact that they had similar interests and similar characteristics, like their senses of humor. One thing led to another, and they ended up sleeping together.

Essentially, she became the "other woman" in her father's life, competing with her stepmother for her father's attention and irritating her boyfriend with how much time she spent with her father. She ended up moving to be closer to her father, and she suspected that those around them knew what was going on because they didn't act like a typical father and daughter together.

At the time of her writing, her father had divorced his wife, and she had moved in with her father and was still living with him as his girlfriend. She said that she often forgets they are related, that they have expressed their commitment to each other and that neither of them could imagine ever being with anyone else. She also said they had no intention of having children together, and if they were to get pregnant accidentally, they would abort.

Now, her story could easily be written off as just another salacious internet story by an author who wants to see how many people they can get to believe it. However, another woman wrote about her sexual experiences with her father for Jezebel back in 2015, and she attached her actual name to the story, thereby lending credence to what she had to say.

According to Natasha Rose Chenier (who has also been working on a book about genetic sexual attraction), her father said that he wanted to have sex with her from the moment he met her when she was 19 years old. The two met after Natasha sought him out. Her mother had been wrapped up in an abusive relationship, and when it finally ended, Natasha wanted to find her father in the hopes of finally getting the chance to experience unconditional love from one of her parents.

Like the anonymous Reddit user, Natasha too was overjoyed at how much she had in common with her father upon meeting him. And after coming from a situation where topics that were taboo for everyone else were commonplace for her sex historian mother, Natasha always felt that the boundaries that other families considered normal did not exist for her own. Which is why it didn't strike her as odd that her father encouraged her to sleep in his bed with him when she was 19 years old.

Natasha's story ends on an arguably more realistic note than that of the Reddit woman's. Natasha recognized her situation as sexual abuse, citing that a person's parents are always responsible for setting boundaries, and if they don't, then they are abusers. She believes that genetic sexual attraction is both real and even normal for relatives who meet later in life. However, she also understands that her attraction to her father, and what came after, was in no way her fault. 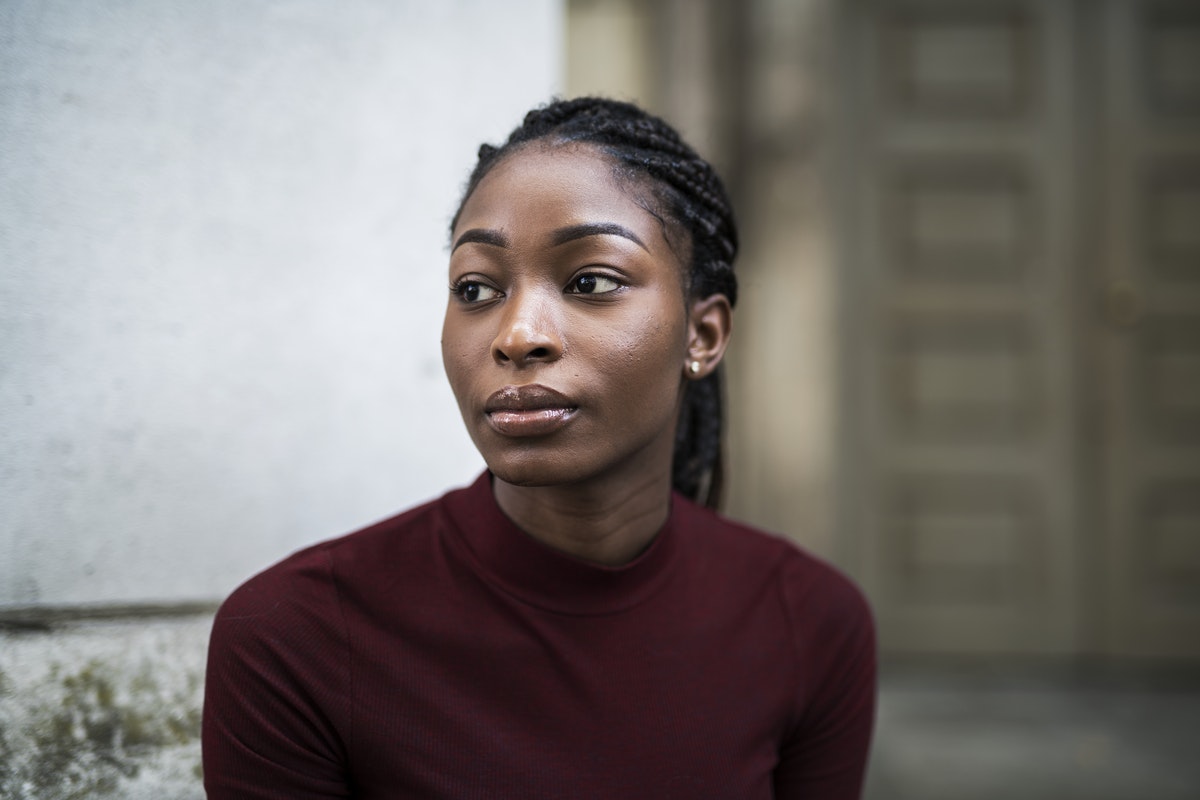 Maybe after reading this, you may be concerned that you have felt a genetic sexual attraction at some point for one of your relatives. But how can you know for sure that what you were feeling was the sexual attraction? What if you don't know the signs?

For one thing, sexual attraction isn't always as it appears in the movies and on television. You don't always want to rip off your clothes the second you find someone attractive. Here's something interesting: when you're around someone you find attractive, you start to mimic them. Facial expressions, body language, their unique brand of laughter - everything. This is our subconscious way of trying to bond with them.

Another way you can tell if you're sexually attracted to someone is if you feel that same flushed feeling you get when you're embarrassed - that "red in the face" sensation. Your heart races and your dopamine increases, which gives you that giddy feeling that can, in some cases, turn into an obsession.

Other ways you can tell if you're sexually attracted to someone is that you may be unable to resist touching them, like a casual touch on the arm or shoulder. Or, if you're not a touchy person, you may find yourself remembering the small details of the things they tell you, like their favorite television program or how they take their coffee. This is your mind's way of trying to bond with someone you barely know. Of course, these things are not always signs of sexual attraction. Perhaps you enjoy learning more about someone, especially someone you're meeting for the first time which may be related to you. Or you tend to touch those that you care about, like a good friend or even other relatives. If you find yourself doing these things with a relative you just met, this is not necessarily a cause for concern.

Online Therapy is There For You

Do you think you may be suffering from genetic sexual attraction? Or maybe you struggle with another type of paraphilia? Consider reaching out to one of our licensed counselors. You won't be judged for your sexual urges and our dedicated counselors will work with you to help find solutions that can make your everyday life easier. Online therapy is very convenient and you'll be able to reach out from the comfort of your own home. If you have been struggling with sexual issues and need to speak to someone, then this is a great opportunity. You'll be matched with a licensed counselor that understands what you're going through. Simply reach out today to get the help that you need. Read below for some reviews of BetterHelp counselors, from people experiencing related issues (sexual abuse, family, and relationship challenges).

"Diane supported me through some significant transitions in my life related to my career, sexuality and desire to start a family. She did so with patience, skill and kindness. I feel better able to tackle the next chapter of my life thanks to her guidance. I highly recommend Diane to anyone who needs to feel immediately at ease, empowered and not judged."

Have You Been Wondering If Genetic Sexual Attraction Is Real?
Find Out - Chat With A Board-Certified Psychology Expert Online Today!

You don't have to face your struggles alone. Help is available and you can work with skilled professionals toward a happier and healthier life. There's no shame in needing help. All you need are the right tools. Take the first step today.

Previous Article
How To Read Someone's Body Language Attraction To You
Next Article
Using Eye Contact Attraction To Build A Relationship
For Additional Help & Support With Your Concerns
Speak with a Licensed Therapist Today
The information on this page is not intended to be a substitution for diagnosis, treatment, or informed professional advice. You should not take any action or avoid taking any action without consulting with a qualified mental health professional. For more information, please read our terms of use.