Advice Home > Autism > ADHD And Autism: Is There A Link?

According to science, there is a link between both Attention Deficit Disorder (ADHD) and Autism (ASD). Although the two disorders are not the same, they have symptoms that can, and often do, occur in both people with ADHD and Autism sufferers. Especially in children, ADHD and autism can look a lot alike. A dual diagnosis is also possible, with someone who has autism also having Attention Deficit Hyperactivity Disorder as well. 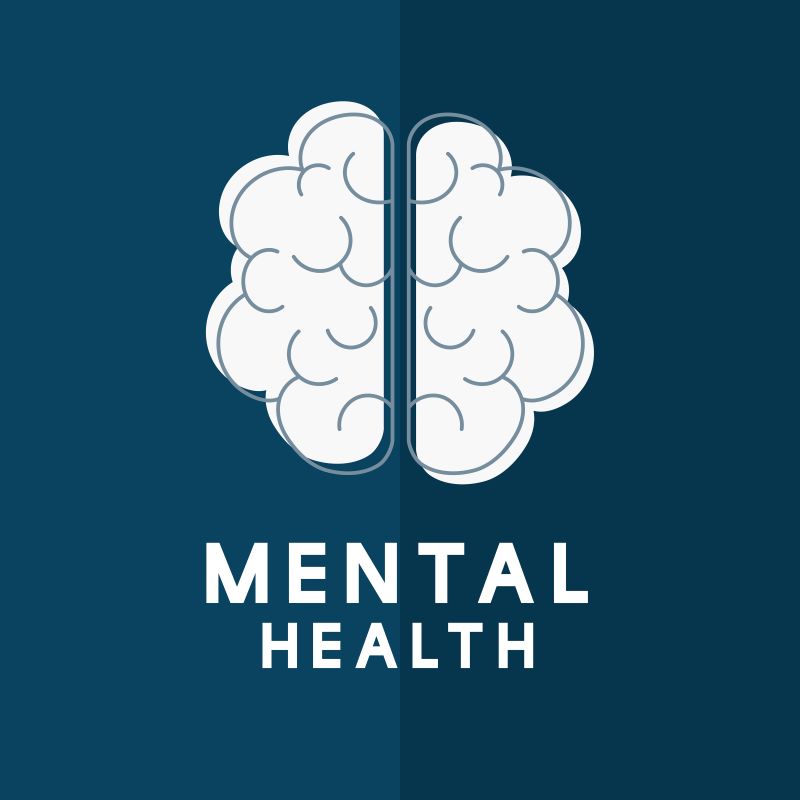 Knowing the signs and symptoms of both, the differences between the disorders, and the treatment protocols can help you become more knowledgeable about the conditions as a whole. If you are a parent, you probably want to make sure that your child has the correct diagnosis. This is something that Victor's mother (see the case study below) struggled with until she was able to partner with a mental health specialist who helped set the process in motion.

ADHD vs. Autism: A Case Study

Victor's mom, Kim, knew early on that something was different about her son, Victor. His speech developed much more slowly than her other children, and he seemed to have trouble picking up on social cues. By the time he got ready to start Pre-k three, Kim feared that Victor would struggle in school.

It wasn't just his language skills that she worried about, it was his social skills too. Victor didn't play well with his cousins. He had trouble sitting still during play time and got irritable when things didn't go his way. It was hard for him to focus, and he was easily distracted. She wondered, "Could he have Attention Deficit Disorder?"

But Victor has symptoms that didn't seem to fit with the traditional diagnosis of ADHD. As a nurse, Kim had some background knowledge of how Attention Deficit Hyperactivity Disorder presented itself in children. Some of Victor's behaviors seemed out of line with an ADHD diagnosis.

For one, noises, sights, sounds, and even some smells easily upset him. Foods with a certain texture would send him over the edge. Going to the movies without sound-reducing headphones was an unbearable experience. Victor would grab his ears and rock the entire time.

Changes in routine also sent Victor into an emotional spiral. An impromptu trip to the store before lunch or a change in dinner or bath time would make him very upset. He would often rock, spin around in circles, and flap his arms. Sometimes, he repeated the words and phrases over and over again.

Some of Victor's symptoms seemed related to ADHD and Autism. So which was it? She just could not be sure.

ADHD and Autism: A Comparison 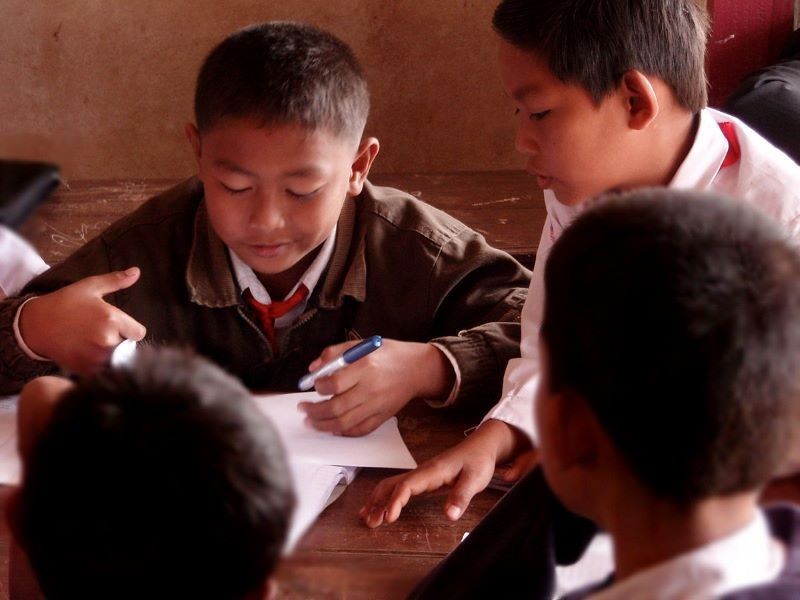 When ADHD and Autism Exist Together

As you can see, although ADHD and Autism are similar in some areas, there are key differences between the two. Victor's mother saw behaviors related to both neurological conditions in her son. Eventually, he was diagnosed with both.

There is strong support for a connection between the two. Scientists who have studied families, twins, in particular, have found that relatives of people with ADHD or Autism have an increased risk of having both conditions. For instance, the research found that firstborn sons of women with ADHD are six times more likely to have ADHD when compared to the general population. What is interesting is that they have more than double the risk of having Autism.

Although there seems to be a genetic link between the two disorders, a dual diagnosis of ADHD and Autism is actually uncommon. The reasoning behind this fact is not because the two do not exist together, but because of the previous misunderstanding in the medical community.

Before this past decade, most specialists believed that the ADHD symptoms that patients on the Autism Spectrum experienced were simply a part of Autism.

The DSM-IV holds an Autism Spectrum Disorder diagnosis as an exclusion criterion for ADHD. This means that before the release of the DSM-V, generally, practitioners were not allowed to diagnose someone with Autism with ADHD.

Because of this, research of this common clinical co-occurrence is both uncommon and limited. Much of what information is available is included in study results presented by Yael Leitner. The information below is a summary of those findings:

This last bullet is humbling. The research results actually show that:

Children aged between 4 and 8 years old and diagnosed with ASD whose parents complain of significant symptoms of ADHD, present with decreased cognitive functioning, markedly severe social impairment, and more significant delays in adaptive functioning than children with ASD-only.

Thankfully, it does not have to be the truth for every child or adult with a dual diagnosis of ADHD and Autism.

Looking into treatment options for both disorders and embracing the action plans wholeheartedly can be the first step in the direction of a fulfilling life.

Treatment Options for ADHD and Autism

The first step in treatment is a proper diagnosis. Most pediatricians as well as general practitioners do not have the experience with both of these neurological conditions, especially when they present in a co-morbid manner.

Because of this, seeking help from a developmental-behavior pediatrician, neurologist, or child psychiatrist is very important. The next step would be to connect with a certified therapist who is skilled in behavioral therapy practices for children (or adults) with both ADHD and Autism. Behavioral therapy is the first line treatment for children who are 6 and under. Although medication is a common treatment (combined with therapy) for both disorders, it is not recommended before age seven. 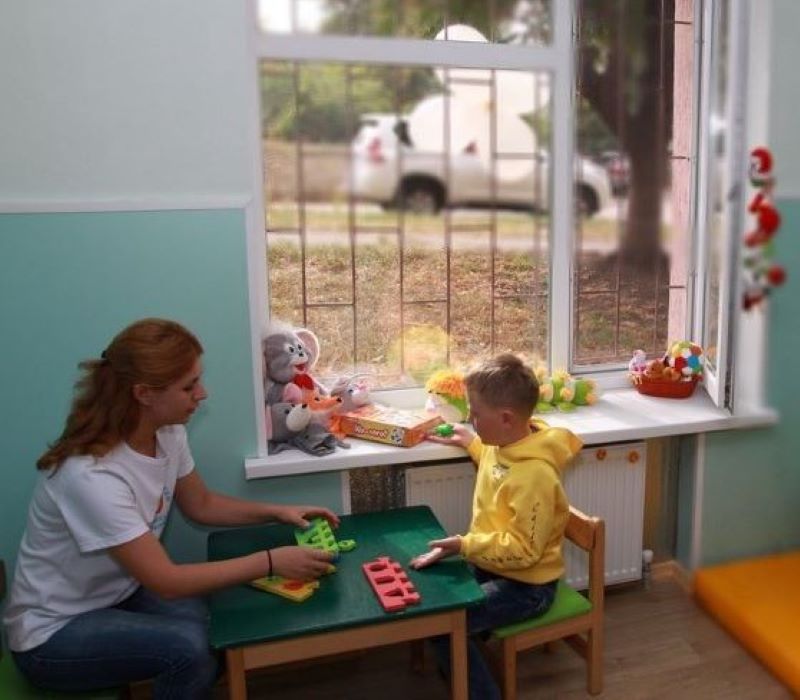 Other things you can do at home to help include:

You should also request help from your child's teachers and administrators at school. A child with Autism and ADHD may be eligible for an IEP plan that will provide specialized accommodations such as:

If you are a parent with a child who you think might fit a dual diagnosis or an adult who identifies with symptoms of both disorders, know that there is hope. Although there is no cure for Attention Deficit Hyperactivity Disorder or Autism Spectrum Disorder, a proper treatment plan can make a world of difference. Reach out to Betterhelp today to be matched with a specialist in your area who is experienced in treating clients with similar struggles.

What Is The Cause Of Autism? An In-Depth Look At Risk Factors
For Additional Help & Support With Your Concerns
Speak with a Licensed Counselor Today

Understanding Autism: Geniuses in Their Own Right?