Advice Home > Behavior > What Is ‘Tend-and-Befriend’ And Why Is It So Important? 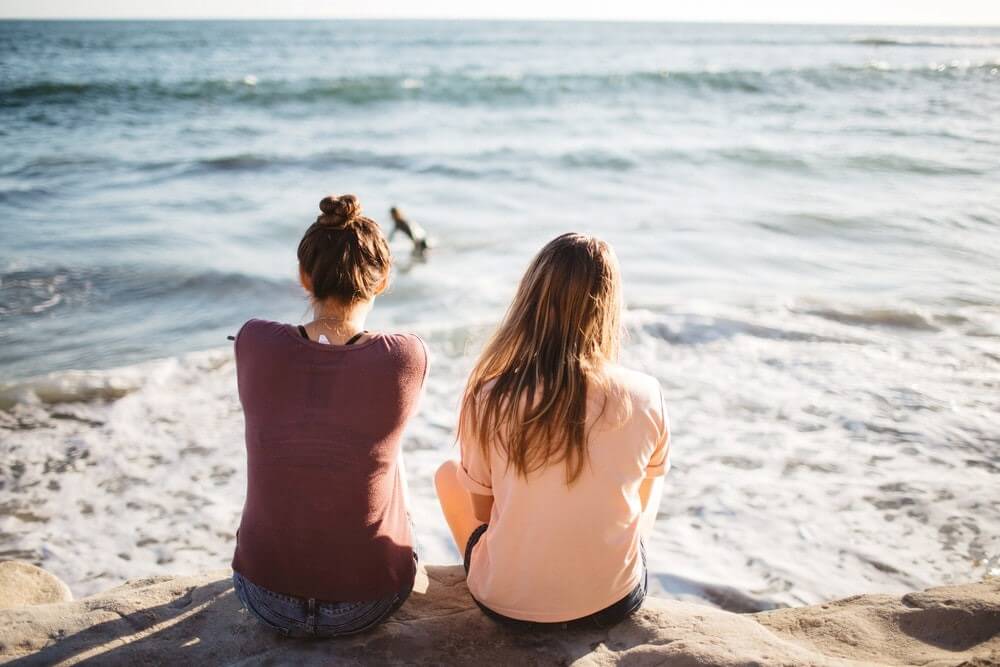 While humans and animals are both known to display the fight-or-flight response when in a stressful or threatening situation, tend-and-befriend refers to the more recently discovered response that females have in these types of situations. The word 'tend' refers to tending to your offspring and 'befriend' refers to seeking out social support during times of stress.

You're probably wondering why people have studied the stress response and come up with all these different theories to explain it. It's because these theories help us understand complex human behavior. These responses have a scientific, physical component to them and they're instinctual - meaning we don't even realize it's happening. Fight-or-flight and tend-and-befriend are evolutionary responses that developed over time to help us survive in dangerous situations.

Even though the situations and dangers in humans' lives have changed drastically in modern times compared to in the past, these stress responses are still around and influencing our behavior today. It's interesting to know that while a lot has changed, the tend-and-befriend response to stress still serves as positive a purpose to women and their children now as it did before. 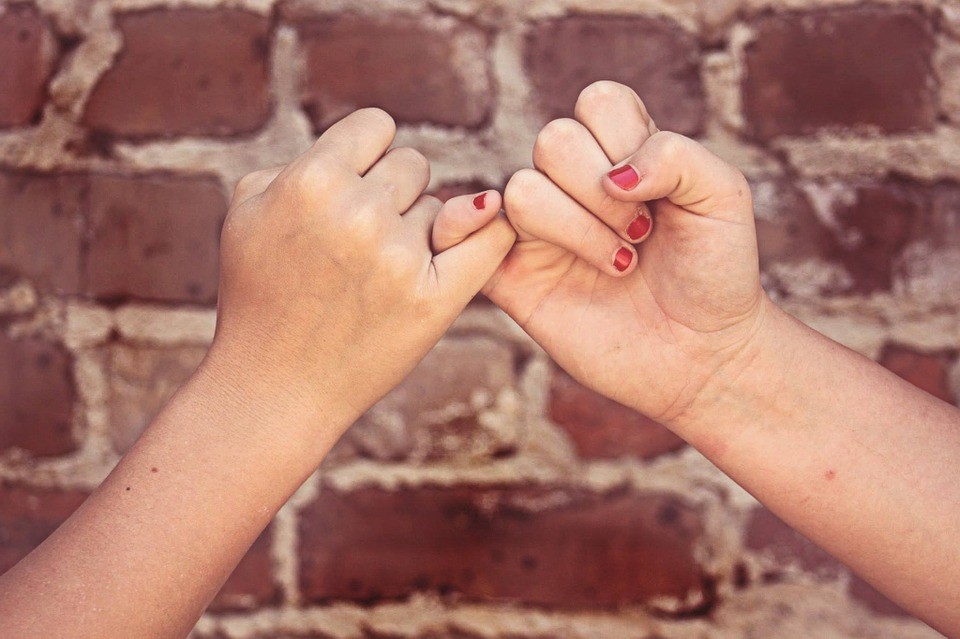 According to Psychlopedia, the Tend-and-Befriend Model (or bonding response) is defined as the:

"Stress response model saying that females are biologically predisposed to respond to the threat by nurturing and protecting offspring and seeking social support and attention."

Although the definition sounds simple, the way that tend-and-befriend behavior works is quite complex. Ultimately, this theory helps explain why women are usually the primary caregivers for their children and why females are known for leaning on each other for support.

What Does This Mean?

Men typically exhibit the fight-or-flight response, but thanks to the hormone oxytocin women feel a reduction in stress when they exhibit tend-and-befriend behavior. This response is the body's way of protecting women who might be pregnant or taking care of young children since fighting or running from a stressful situation might not be easy for a mother or pregnant woman to do.

For example, a mother running away from a threat with her young child is more likely to get caught than if she was on her own. Her child probably can't run as fast because of his or her little legs, and it can be hard to run with a child without tripping or getting tired quickly. If instead, the mother tends to her child and is surrounded by a strong support group when there is a threat, she might be more protected because there's safety in numbers.

Believe it or not, researchers believe this could be part of the reason why women tend to live longer than men. The truth is that while helpful, men's fight-or-flight response not only puts them at risk for physical danger if they fight, it also keeps them in a more heightened physiological state when under stress. Seeking out social support, talking, and tending to their offspring helps women feel less stressed.

The fight-or-flight response was first talked about and studied by Walter Cannon in the 1900s. Cannon was able to draw a line from stressful or threatening situations to reactions in the sympathetic nervous system, specifically release of the hormones adrenaline and norepinephrine. These hormones cause a physical reaction in the body which leads to things like sweating, dry mouth, and dilated pupils. 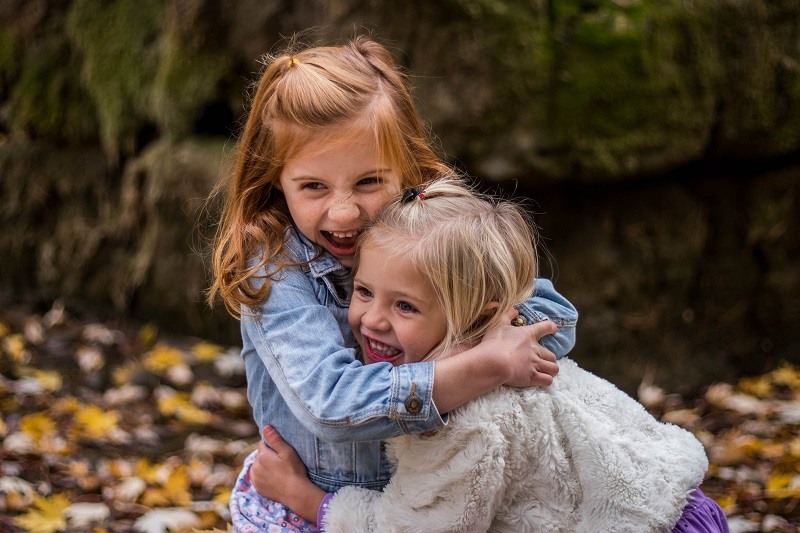 These hormones also contribute to the instinct to either fight or flee when a dangerous situation comes up. For years this was the main theory when it came to the human stress response because women made up only a small percentage of the participants in studies on the stress response for a long time. It wasn't until studies on human behavior started to include more women that their different stress responses became apparent.

According to an article by the American Psychological Association, "In his classic studies of affiliation, Stanley Schachter, Ph.D., found that when female research participants are told that they will soon experience an electric shock in the course of an experiment, they choose to wait with other participants. Males, on the other hand, choose to wait by themselves." That study was published in 1959.

Of course, it wasn't until decades later that studies like the one conducted by Taylor et al. (2000) began to hone in on women's unique coping mechanisms for dealing with stress. After finding that women's reactions to stress didn't coincide with the flight-or-flight model, the tend-and-befriend model was developed to fill the gap.

Just like the fight-or-flight response, researchers discovered that women's hormones have a big impact on their responses to stress. For example, the hormones released when women exhibit tend-and-befriend behavior are helpful in creating feelings of calm and safety. These hormones work to counteract the kinds of feelings and physical reactions associated with the flight-or-flight response.

Why Is It So Important?

Think of something that you fear. A little spider you see crawling around in your bedroom, giving a speech in front of a room full of people, or something else… Think of how you feel when trying to do those things. Do you start to sweat? Does a part of you want to run away and hide? Even if logically these things won't hurt us, something still causes this gut fight-or-flight reaction. 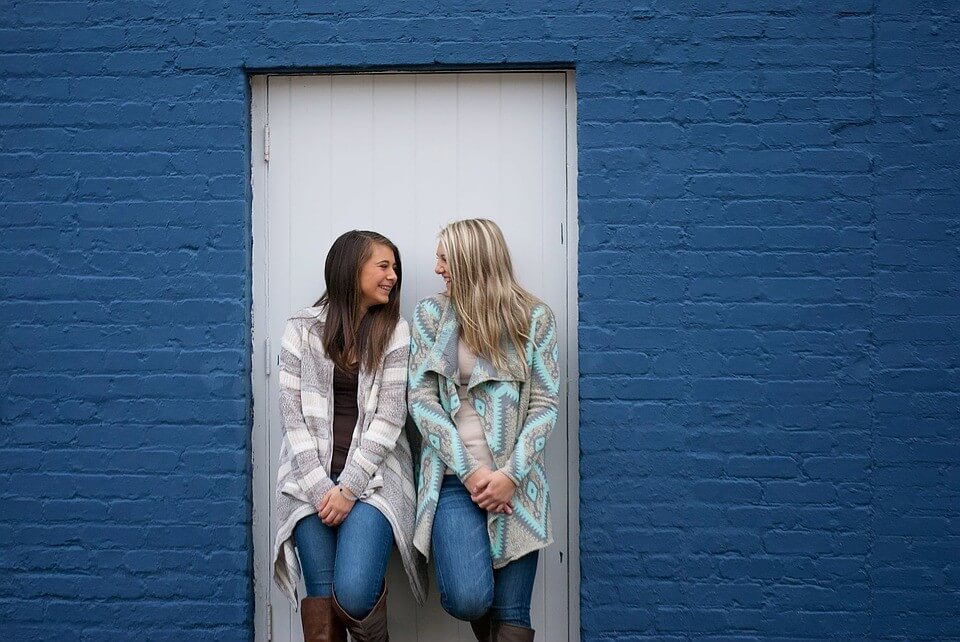 These days, when men feel threatened or are under a lot of stress, they are more likely to withdraw or exercise to release tension. If their stress goes uncontrolled for long periods of time, men are more likely to respond by reacting with aggression.

Even if women don't have to protect their children from life-threatening situations very often, in many cases, it's still their instinct to tend to their offspring and seek out social support when they are under stress. Studies on this response in modern times have shown that tending and befriending can have lasting positive effects on both women and their children, including benefits in their physical and mental health.

An Important Note on Tend-and-Befriend and Fight-or-Flight

When talking about the male and female stress responses, it can be easy to fall into the idea that the two are mutually exclusive. That isn't true. It's better to think of these two things as tendencies. It's true that in stressful situations most females show tend-and-befriend behavior, but that doesn't happen all the time. It's possible that females without children might lean more towards the fight-or-flight response when they're feeling threatened.

Similarly, men can also show tend-and-befriend type behavior, although they typically respond to stress with the fight-or-flight response. Even though these theories are used to describe differences between men and women, it's important to know that it can vary from person-to-person. Also, as society continues to change and shift it's very possible that these stress responses will continue to change themselves.

It's not a secret that life can be stressful sometimes, and most of us know (either first-hand or through someone else's experience) that there are a lot of negative ways that people can choose to cope with stress. Dealing with stressful situations ineffectively can lead to chronic stress, which is not good for your physical or mental health. That's why it's important to learn to handle stress healthily.

Research has shown that the tend-and-befriend response has helped females and their offspring stay safe from danger in the past, both in human history and the animal kingdom. Today, it is still a useful response that ensures that women have the social support that they need to get through times of stress. This type of behavior can also teach their children to respond to stress effectively growing up.

What females can take from this research is that it's good and important to have a strong social circle, especially in times of stress. Isolation can be especially difficult for women for this reason, especially when raising children, so if you're feeling stressed you should feel capable of reaching out to friend and family for support.

If you think that you respond to stress in dysfunctional ways, it's important to seek out help. A counselor, in-person or via an online service like BetterHelp, can help you get to the root of why you have trouble dealing with stress and teach you more effective coping mechanisms. Learning better ways to cope with stress can have big long-term impacts on your life and happiness.

Some Feel Video Games Do Not Cause Violence, But What Are The Facts?
For Additional Help & Support With Your Concerns
Speak with a Licensed Counselor Today How Do You Define Codependent Relationships?