Am I Manic? Meaning, Signs, And Next Steps

Bipolar Disorder, once called “manic depression,” is often characterized as a disorder of extremes: individuals prone to mood swings, thought changes or irritability are often described as having Bipolar tendencies. Despite the frequency and ease with which the term is used to describe symptoms, Bipolar Disorder is actually a legitimate mental health disorder—one that requires a comprehensive therapy team to treat. One of the most common symptoms of Bipolar Disorder is the presence of mania. Although this is a common symptom, the exact nature of mania is often misunderstood—or incorrectly applied. So, what exactly is mania?

Mania, when applied to Bipolar Disorder, is a state characterized by feelings of extreme highs. In some cases, these highs might not feel that much different from a previous sense of normal; if cases of mania follow periods of depression, mania might not feel dramatic or intense but might feel more like a return to a “normal” level of functioning. What differentiates “normal” energy and manic energy, though, is the degree to which the change in your mental state affects you and your ability to carry out daily life. Mania is not merely a temporary high of productivity but is often accompanied by sleeplessness, exaggerated or aggressive speech patterns, and an inability to “turn off,” so to speak.

Mania derived from Bipolar Disorder is defined as a period of time in which mental activity is at a peak—whether that peak involves hyperactivity or an actual upswing in delusions or hallucinations. Both can be indications of the presence of Bipolar Disorder-induced mania. Although the term “manic” suggests off-the-wall or over-the-top behavior, not all of Bipolar Disorder induced manic episodes involve enormous outward expressions of distress; instead, many people who are experiencing manic episodes merely feel excited, happy, or mildly euphoric, resulting in increased productivity, excitement, and a seemingly positive outlook on life—all things that might initially seem to run counter to a depressive disorder such as Bipolar Disorder. Contrary to what seems to be popular belief, an individual who loves someone one minute and hates them the next is not exhibiting symptoms of Bipolar Disorder; this disorder is defined by periods of overall activity and mental experience, rather than a single avenue of expression.

People with Bipolar Disorder might not immediately recognize the symptoms and might either think they are just unusually prone to mood swings or might believe their experiences are wholly symptomatic of depression, rather than a depressive disorder such as Bipolar Disorder. A discussion of the signs and symptoms of mania will warrant a discussion of the different types of mania within Bipolar Disorder: hypomania and mania. As each of these names suggests, they are varying degrees of the same basic set of symptoms. These basic symptoms include:

Depressive symptoms are those that are often associated with major and minor Depressive Disorders. The most common symptoms of depression include:

Although not each and every one of these symptoms must be present for a Bipolar Disorder diagnosis, these are some of the more common symptoms of a depressive disorder. If both mania and depression feel familiar to you, it is certainly possible that you are experiencing manic episodes as a result of Bipolar Disorder. 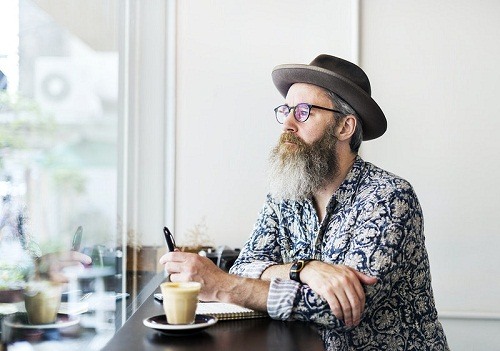 People with Bipolar Disorder may feel as though they are flawed or in some way defective if they cannot, on their own, get their condition “under control,” but this is one of the greatest misconceptions currently surrounding mental health: it is not a simple matter of improving an individual’s attitude or changing an outlook. Instead, Bipolar Disorder requires legitimate medicine, whether that takes on the form of pharmaceutical intervention, psychotherapy, or a combination of these two and additional interventions. No mental disorder or mental illness, Bipolar Disorder included, is an indication of weakness or personal fault but is instead an indicator of ill health. Consequently, a diagnosis is vital to move toward therapy, which is essential to begin managing and healing Bipolar Disorder.

Previous Article
What Happens In The Manic Phase Of Bipolar Disorder?
Next Article
Bipolar Disorder Statistics: How Many People Does It Affect?
For Additional Help & Support With Your Concerns
Speak with a Licensed Therapist
The information on this page is not intended to be a substitution for diagnosis, treatment, or informed professional advice. You should not take any action or avoid taking any action without consulting with a qualified mental health professional. For more information, please read our terms of use.