Advice Home > Bipolar > Bipolar Disorder And Schizophrenia: How To Tell The Two Apart

Bipolar Disorder And Schizophrenia: How To Tell The Two Apart

Living with mental illness can be tough on the person dealing with the condition, no matter what it is, and the people dearest to them. A staggering one in six Americans live with some form of mental illness, yet many try to deal with it on their own. While some can live and function with depression or anxiety, for example, living with more severe forms of mental illness can lead to very severe personal consequences.

Often mental illness goes untreated and unnoticed, contributing to factors that impact one's inability to lead a successful life. According to the National Institutes of Health (NIH), only 41% of adults in the U.S. receive mental health services each year. And percentages of African Americans and Hispanics Americans receiving mental health services is half that of White Americans. 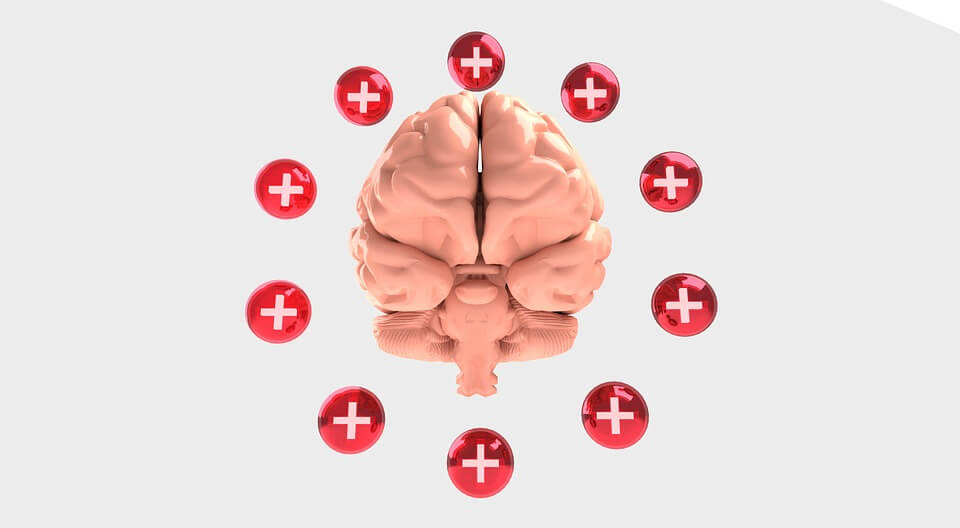 Have Questions About Bipolar Disorder And Schizophrenia?
Ask A Board-Certified Mental Health Expert Online Now.
This website is owned and operated by BetterHelp, who receives all fees associated with the platform.

Mental illness can be difficult to detect often because those who suffer with it often will try very hard to mask the symptoms. Some disorders, however, are harder to hide than others. Two such disorders: bipolar disorder and schizophrenia, can be very difficult to cover up. Often, we may understand that something is awry, that either we or someone we love are experiencing episodes of behavior that does not quite fit in with everyone else's typical experience. Though, pinpointing exactly what an individual is suffering from can be quite difficult. Often there is confusion among the different mental illness classifications, particularly with bipolar disorder and schizophrenia.

Both bipolar disorder and schizophrenia are illnesses that can significantly impact one's ability to function successfully day to day. Depending on the severity of the condition, the illness can severely interrupt one's ability to work, go to school, have a family, or maintain healthy social relationships. Learning to distinguish between the two can help you determine what kind of help to seek and how to interpret the symptoms.

What Is Bipolar Schizophrenia

People often believe that both bipolar and schizophrenia go hand in hand, but they are two separate conditions. Before we can tell the difference between the two disorders, we must learn what they are and what they are not.

Bipolar disorder is also called manic-depressive illness. It is characterized by extreme shifts in mood from extreme sadness to elation. These severe changes are accompanied by equally drastic shifts in energy levels and physical activity.

Four primary types of bipolar disorder exist. Periods of ups and downs characterize all of them. They differentiate from each other based on the severity of the "up" or the "down."

Bipolar I Disorder consists of manic episodes that are prolonged, at least a week, and often require hospitalization. These episodes are followed by severe depressive rounds that can last longer than the manic episode, often more than a couple of weeks. These episodes can also include delusions, such as delusions of grandeur and a slippery grip on reality.

Cyclothymic Disorder is less severe than Bipolar II Disorder with cycles of hypomanic symptoms and depressive symptoms that last for at least a year or two depending on the age of the individual (to be diagnosed as such).

These bipolar disorders are characterized by repeated episodes of highs and lows but do not fit the qualifications to be classified as Bipolar I, Bipolar II, or Cyclothymic Disorder. 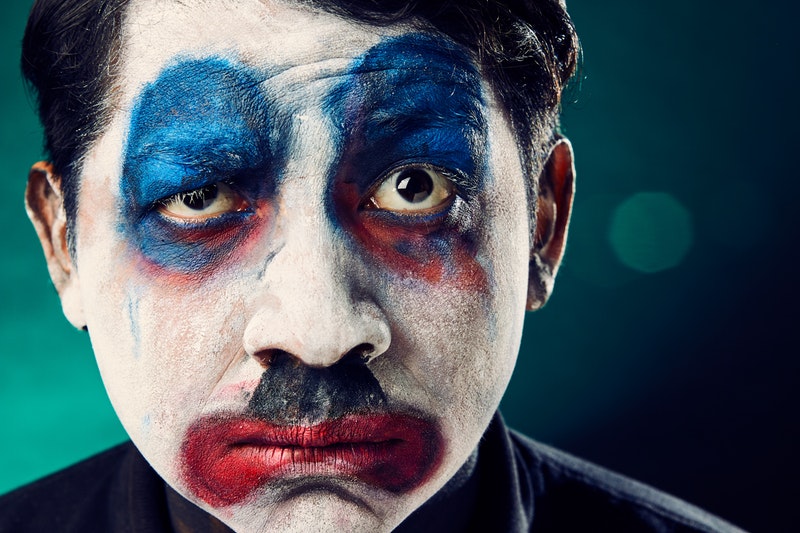 An individual may have a genetic predisposition for bipolar disorder that only surfaces when aggravated by environmental factors such as a traumatic life event or prolonged mental stress. Researchers who have studied the disease observe there is a clear chemical imbalance in the brain that is an important factor in diagnosing the disease. While the exact cause cannot be pinpointed yet, people who have bipolar disorder usually have a family history of mood disorders such as bipolar disorder or depression and experience a hormone or neurotransmitter imbalance.

Because factors contributing to the appearance of bipolar disorder tend to be largely genetic and chemical, medication is the major treatment for the disease combined with psychotherapy to help treat the symptoms. Three classes of drugs may be prescribed to someone with bipolar disorder depending on the type and severity of the illness. These medications include mood stabilizers, antipsychotic drugs, and antidepressants. Psychotherapy is usually prescribed in conjunction with medication to help a person with bipolar understand the illness and become their own advocate.

Someone living with a bipolar order can experience delusions, which is characterized by a false belief that the person strongly believes is true. These delusions can include a range of different thoughts such as the belief someone is following you, or the belief that someone you care about has superhuman powers. These delusions comprise the psychotic component of some forms of bipolar disorder.

Schizophrenia is a psychiatric disorder that is characterized primarily by a lack of solid touch with reality. People are living with schizophrenia experience delusions during periods of active schizophrenia among other major symptoms. These delusions can involve hallucinations like hearing voices and altered perception.

Other symptoms include difficulty with organization, trouble enjoying life, having a hard time expressing oneself, confusion, disorganized thoughts, inability to plan, illogical thinking, and atypical behavior or movements. 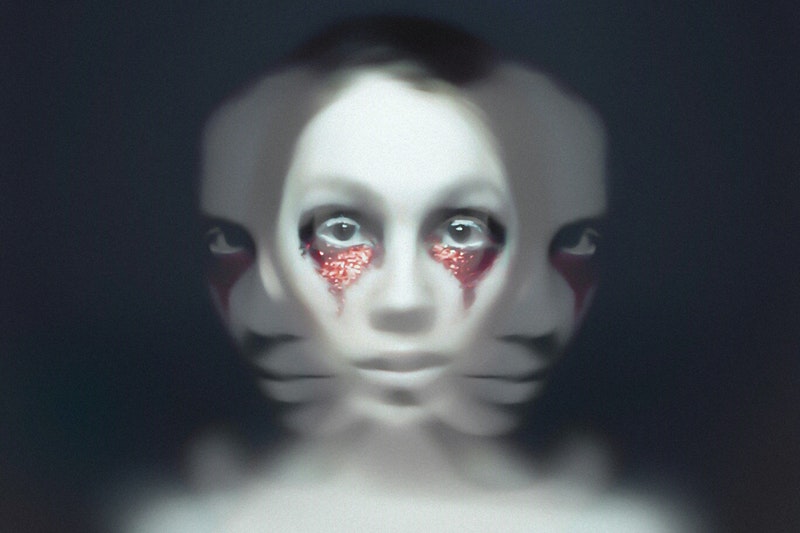 A primary contributor to the presence of schizophrenia is a person's genetic disposition. If you have mental illness or schizophrenia in your family, your chance of schizophrenia increases. Other factors contributing to the disease are environmental. Increased stress or traumatic events can trigger it. There is also evidence that indicates that the use of psychotropic drugs such as LSD could increase your vulnerability to schizophrenia.

Because the severity of schizophrenia symptoms vary among those who live with it, some people can cope with it more successfully than others. With a combination of medical and psychological treatment, many people living with schizophrenia learn to manage it effectively, leading productive lives.

Medical treatments consist of a range of antipsychotic medications that are effective at reducing the symptoms significantly. Psychotherapy is used in conjunction with medication so those living with the disease can learn effective coping mechanisms and can anticipate episodes before they occur.

What Schizophrenia Is Not

Similarities Between Bipolar And Schizophrenia

Differences Between Bipolar And Schizophrenia

While both diseases can involve delusions, people with schizophrenia have an incredibly hard time distinguishing real and unreal and suffer much more often from delusional episodes. People living with bipolar disorder may experience delusions, or they may not have a single delusional episode. Instead, they may solely suffer from recurring periods of mania and depression.

How To Identify Differences Between Bipolar And Schizophrenia 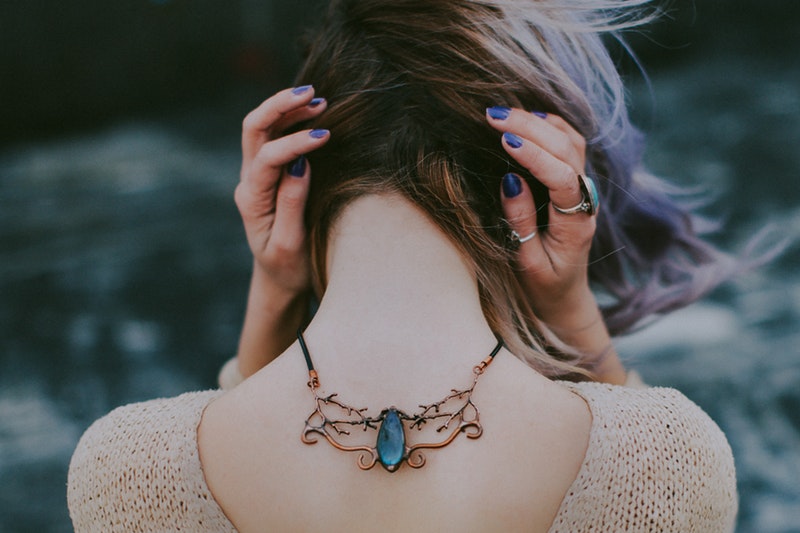 Both disorders involve delusions, however, other trademark signs distinguish these two disorders from each other. Bipolar disorder comes in different varieties, but each classification of the disease is characterized by mood swings that are extreme in nature. Schizophrenia, on the other hand, is a chronic condition that is most often identified by recurring hallucinations or sincere lack of ability to stay connected with the real world.

If one of these two disorders is suspected, talk to a mental health professional to obtain an official diagnosis. Both conditions can be improved considerably with the help of professional counseling and medical treatment. Prescription medications such as antipsychotics have been very effective at helping individuals with either disease not only cope, but lead productive lives.

By consulting with a professional, you'll be able to weed out recurring symptoms that you may not have realized are present because they have become a part of your normal functioning. You and your mental health advocate can determine what kinds of issues you're dealing with and identify possible causes and treatments.

Trying to deal with either bipolar disorder or schizophrenia on your own, whether it's you or a loved one suffering from it, can have catastrophic consequences. Consulting with a professional to obtain a diagnosis and develop a plan of action cannot be understated. If you feel you may be suffering from symptoms associated with either bipolar disorder or schizophrenia, please do not hesitate to reach out to a mental health professional today.

How To Identify Bipolar In Teens