Advice Home
>Bipolar
>What Are The Signs Of Bipolar Disorder In Children?

What Are The Signs Of Bipolar Disorder In Children? 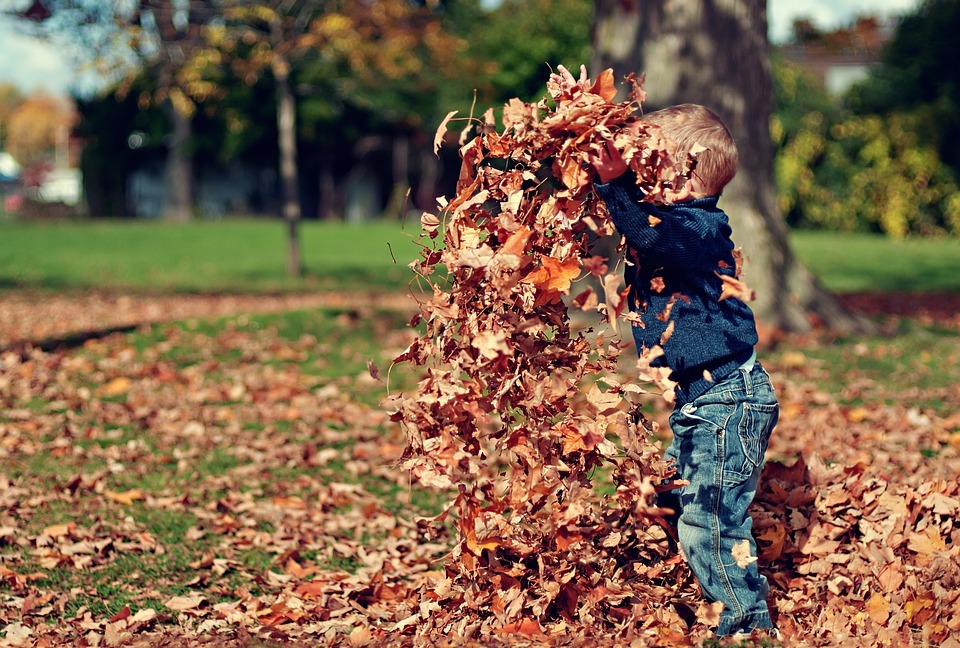 Learn More About The Signs Of Bipolar Disorder
Speak With A Board-Certified Child Therapist Today.

Bipolar children typically have mood swings with periods of hyperactivity alternating with severe depression. However, because children have such a wide variety of moods and behavior, it may be difficult to notice that they have the condition. It can also be misdiagnosed as attention deficit hyperactivity disorder (ADHD) or a behavioral or mood disorder. For example, when your child is actually having a period of mania, you may think they are just misbehaving or that they are hyperactive.

To understand the bipolar symptoms in children, it is essential for you to know what bipolar disorder is. Also known as bipolar depression, the condition causes rapid mood swings from extreme lows to extreme highs. It is a group of symptoms that are typically due to an imbalance in the chemicals in the brain. It is a severe condition that makes going about daily activities very difficult. Although sometimes you can feel extremely energetic and can do all kinds of things, at other times you may not even be able to get out of bed. The signs of bipolar disorder in adults is different than signs of bipolar in children mainly because children have more erratic behavior and mood pattern than adults. Here are bipolar symptoms in children checklist.

Symptoms Of Bipolar Mania In Children

Symptoms Of Depression In Children

If Your Child Has A Depressive Episode In School, It Would Look More Like: 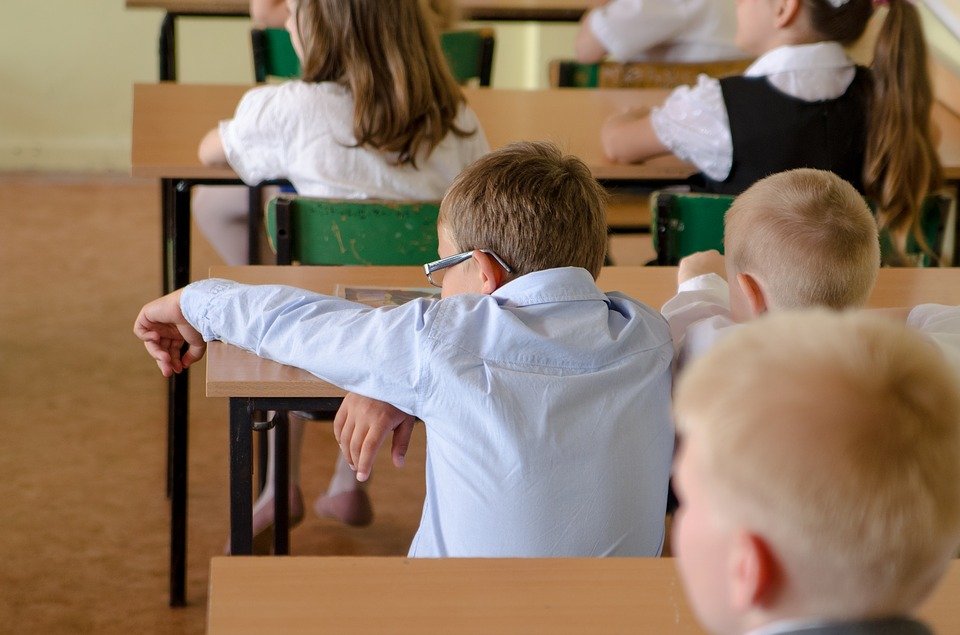 What Is Different About The Signs Of Childhood Bipolar Disorder

Some of the bipolar symptoms in children under 10 can be vastly different than those in their teens. These symptoms vary with the age of the child and can become different as your child grows. For example, in younger children, you will typically see mood instability and irritability without mood swings. However, older children more often show paranoia, grandiosity, euphoria, and hyperactivity. You may also notice that your child is talking slower or faster than usual or cannot seem to make decisions or concentrate. It is more difficult to diagnose a child with bipolar disorder because often bipolar kids are too young to understand what is going on with them. They may feel differently than usual but have a difficult time communicating to adults or others about their feelings. 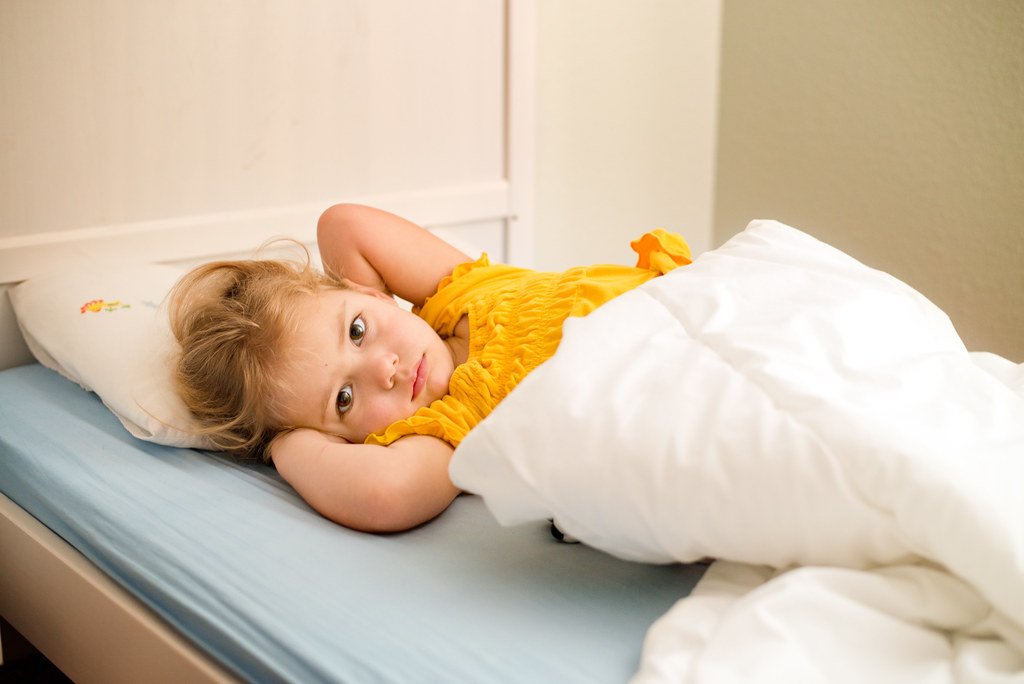 Learn More About The Signs Of Bipolar Disorder
Speak With A Board-Certified Child Therapist Today.

This is the full-blown bipolar disorder that causes at least seven days of mania that may include hallucinations and delusions. This can alternate between periods of severe depression where the individual can barely get out of bed and has thoughts of suicide. In children, this can be seen as banging their head against the wall, cutting themselves, or putting a string or cord around their neck. Some people with the bipolar one disorder do not show signs of depression at all.

To be diagnosed with bipolar two disorder, the individual has had at least one major depressive period lasting at least two weeks and a hypomanic period, but not a full-blown manic period. This form seems like a less intense form of bipolar one disorder, but it is different in the fact that children with this disorder can have depression and hypomania at the same time. Hypomania is a much lesser degree of mania and includes symptoms such as:

Cyclothymic disorder is similar to bipolar two disorder, but the periods of hypomania and depression change more rapidly than with bipolar two. The periods of elevated moods and depressive moods fluctuate more quickly and last for a period of at least two years. However, the episodes of hypomania and depression are not as severe as with bipolar one or two disorders. The person is never disconnected from reality and does not experience any psychosis or hallucinations.

What Are Psychosis And Hallucinations?

Some individuals with bipolar one disorder can have episodes of psychosis or hallucinations. Psychosis is defined as not being able to recognize what is real in the world around you. It is sometimes confused with schizophrenia and children with this symptom are often misdiagnosed. Hallucinations can be things that the individual hears or sees that are not really there. They can be hearing voices, which is another reason for a misdiagnosis of schizophrenia. Another type of psychosis is when the individual actually believes they are invincible or that someone is out to get them. With children, this may be ignored as just being an overactive imagination. However, these symptoms are serious and can cause them to hurt themselves or someone else.

Treatment For Psychosis And Hallucinations

If you happen to notice that your child or another family member is experiencing bipolar hallucinations or psychosis, it is vital that you take them to a doctor or hospital immediately. The child can quickly escalate into becoming violent or dangerous to themselves or others around them. The doctor will likely give the child some type of medication such as an antipsychotic drug such as aripiprazole (Abilify) or haloperidol (Haldol). Of course, this depends on the child's age. Those who are younger than 10 years old are not usually given this type of drug. There are other medications such as an antianxiety drug like clonazepam (Klonopin) or fluoxetine (Prozac).

Another possible cause of the bipolar disorder is that the brain is not functioning properly, or the brain structure is abnormal. Scientists have been studying this but, unfortunately, the only way to study this is post-mortem. However, with more studies, experts can find better ways to diagnose and treat bipolar disorders in anyone of any age. Some other risk factors of bipolar disorder include: 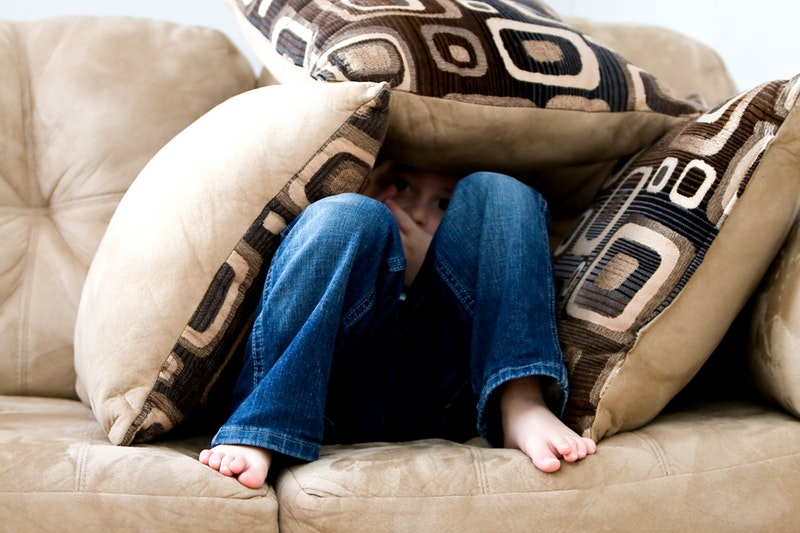 Because your child is still developing, many medications cannot be used for their symptoms. However, there are many that can be very helpful such as mood stabilizers, and stimulant drugs usually given to children with ADHD. In addition to drug therapy, it is a good idea to make sure your child's lifestyle is stable and organized. Keeping a strict schedule of meals, playing, and sleeping can help a great deal.

Another type of therapy that can benefit both you and your child is psychotherapy or talk therapy. Therapy for your child can help them learn how to express what they are feeling and teach them ideas on how to counteract the negative emotions and symptoms they are feeling. Your child can actually do this from home with online therapy and you can benefit from this also. Those who care for children or loved ones with mental health conditions can develop anxiety or depressive disorders as well. Talk to a therapist online with BetterHelp today. You do not need an appointment and do not even have to go anywhere.

Previous Article
Bipolar Insomnia: Understanding The Connection Between Bipolar Disorder And Disturbed Sleep Habits
Next Article
What Is The Difference Between Bipolar 1 And 2?
For Additional Help & Support With Your Concerns
Speak with a Licensed Therapist Today
The information on this page is not intended to be a substitution for diagnosis, treatment, or informed professional advice. You should not take any action or avoid taking any action without consulting with a qualified mental health professional. For more information, please read our terms of use.