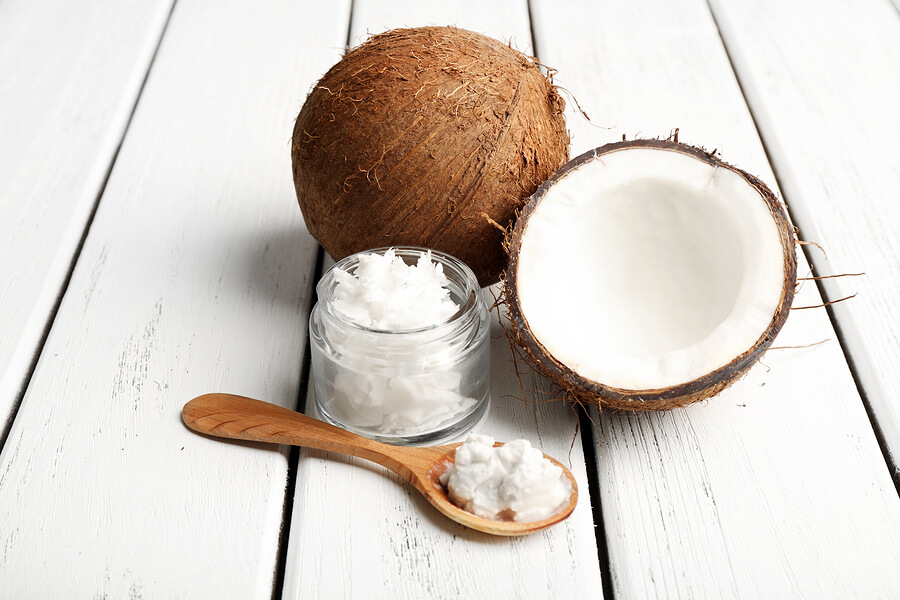 The beneficial use of coconut oil for nearly every ailment under the sun (if its advocates are to be believed) is still all the rage. First, coconut oil was labeled bad for you- think high cholesterol because it is saturated and therefore unhealthy fat. But then, there was a turnabout in its reputation for 'miracle food'. This reversal of public and medical opinion is not at all undeserved, as the people of Asia and the South Pacific will testify. They have enjoyed good health on a high-coconut oil diet for thousands of years. Realistically it cannot be the panacea for every medical issue, but can it prevent and treat dementia?

Yes, maybe, is the short answer, and the explanation for this on-the-fence response is equally simple.To date, there is not enough clinically and statistically relevant data to support or refute this claim. However, the existing evidence does look promising.There are a good number of animal, and small human studies, together with convincing anecdotal proof that show coconut oil can indeed be preventative of, and perhaps even treat dementia. A large-scale study with human dementia subjects was underway in the US, but it had to be terminated in 2017 due to difficulties with enrolling suitable participants.

For clarity,dementia is the umbrella term for many dementing diseases. Alzheimer's disease is the most prevalent, as it accounts for 60 to 80 percent of cases, with vascular dementia as the second most common. All dementia-related diseases are characterized by a person's steady decline in cognitive and mental abilities, to the point where it interferes with their daily life. At its worst, dementia patient needs care, as they are unable to take care of themselves.

Let's explore the deal with coconut oil and dementia.

Why Does Coconut Oil Seem To Be Good For Dementia?

LCT rich foods include most fats and oils found in sunflower oils, animal fat, and nuts, and can they can be saturated or unsaturated.

MCT oils may begood for because they seem to be taken up and used by your body much more rapidly than LCT oils and fats. They furthermore donot leave fatty deposits in the body's various tissues if consumed in moderate amounts.

LCTs follow a long path in the body before they are utilized as energy or fuel for the cells. They are made up of large molecules, and therefore LTC oils and fats require enzymes secreted by your pancreas, as well as bile secreted by your liver to be broken down and absorbed via the intestines. After that, they get transported, through a complex process, to different types of tissues in the body (adipose or fat, cardiac and skeletal), before being released into the liver. This process can leave fatty deposits in the tissues, which can be harmful and cause disease. The liver further metabolizes LCTs, where they are finally hydrolyzed and released as a source of energy for your cells' power plants, the mitochondria.

Smaller molecule MCTs, such as found in coconut oil, are much faster to energize your body on a cellular level. This includes the brain. MCTs are easily absorbed by the intestinal tract and are known to stimulate the secretion of lipase, a pancreatic enzyme. MCTs also seem to enhance bile acid formation but without needing bile salts for digestion. They are taken up more readily by the body's cells, after being metabolized by the liver, and don't seem to leave fatty deposits in the circulatory system. This depends on the type of coconut oil consumed.

This, and the fact that MCTs are more readily available as a cellular energy source than LCTs, is where its benefit against dementia seem to be.

How The Brain Works For Fuel

The brain needs quality fats and oils to stay healthy, and it also uses these as a secondary source of energy. It is,largely composed of fat - approximately 60 percent. Some doctors speculate that if anything added to the recent increase in the incidence of dementia-related diseases, it was low-fat dieting and consumption of poor-quality fats like margarine and processed oils popular in the previous century. 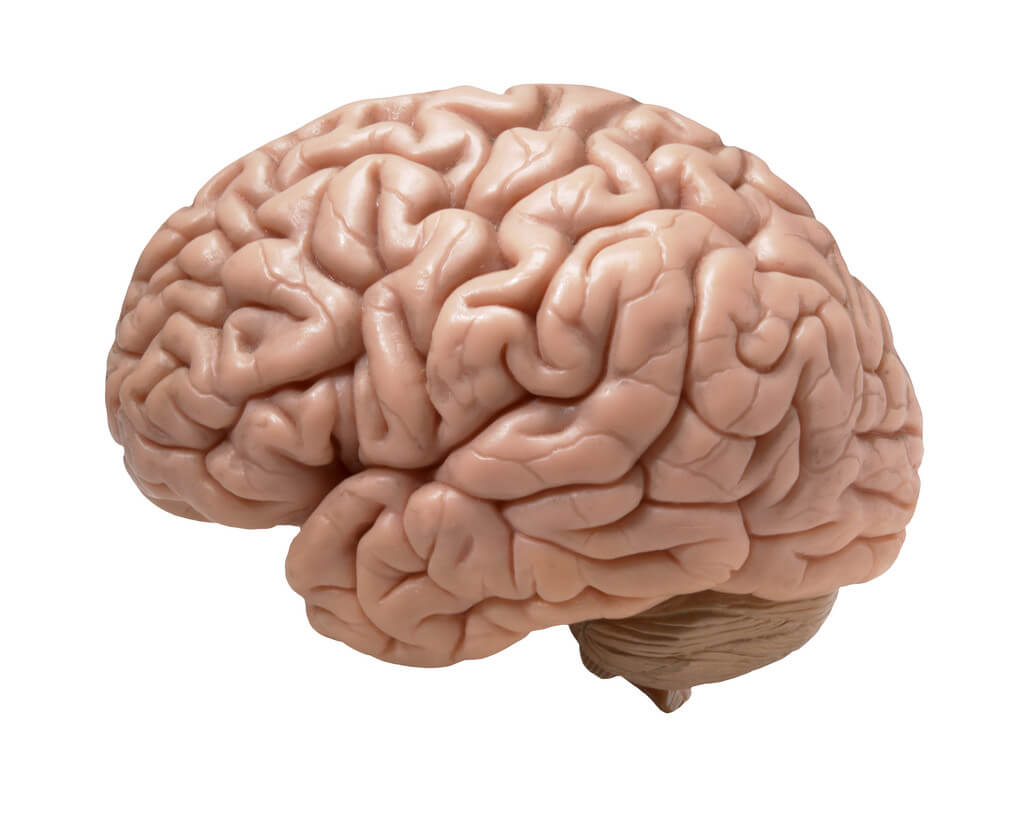 The brain derives most of its energy from blood glucose, and if it does not get the fuel it needs, the cells start to die. It has been shown that due to yet unclear processes (possibly including our poor dieting habits), over time our brains become less able to use glucose as a source of energy. Some even call Alzheimer's the 'diabetes of the brain,' as neurons become insulin resistant.

But since coconut oil is processed differently than glucose, it provides an alternative source of energy to the brain cells that keep them from dying, and also help to maintain healthy cell membranes. Membranes of the neurons, or brain cells, need fatty acids to keep functioning well. If these membranes are unhealthy or malfunctioning, they become permeable to toxins such as heavy metals and less efficient in absorbing nutrients. This also increases the risk of cell death.

MCT oils, including coconut oil, therefore appear to be good news for especially Alzheimer's patients. A small human study has shown this to be the case with women patients, those not diagnosed with diabetes mellitus II, and patients with severe Alzheimer's disease. After the intervention group was given 40 ml per day of extra virgin coconut oil over a period, their cognitive levels were tested and shown to have improved significantly.

However, it is important to remember that coconut oil is unlikely to prevent or eventreat dementia-related diseases such as Alzheimer's and vascular dementia.

Which Coconut Oil Is The Best?

As with all things that suddenly gain popularity and demand, the market became flooded with both high and low-quality coconut oil. Low-quality coconut oil is often cut with other oils or altered with potentially toxic chemicals to alter its taste. Keep the following in mind in your search for a good oil: 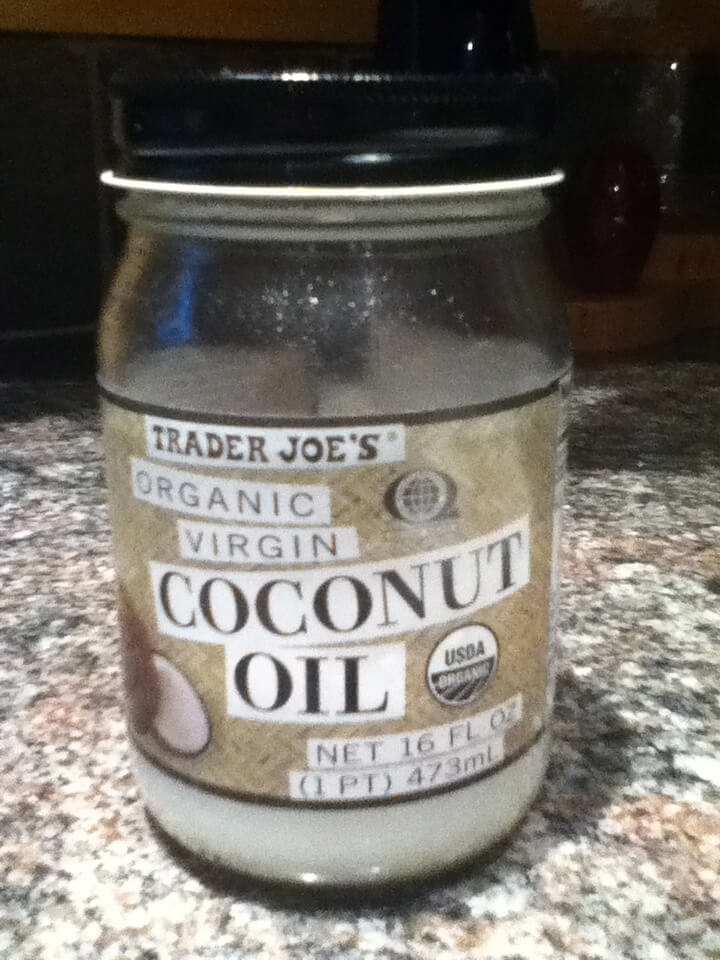 How Much Coconut Oil Can I Use?

Literature suggests that it is safe and beneficial to use a good quality coconut oil in moderation, and not only to prevent brain disease. The oil is not likely to raise LDL cholesterol unless it is taken in exceedingly high dosages or is not VCO. In a balanced, diet with a low quantity of processed and sugary foods, such as the classic Mediterranean diet, coconut oil may even lower the bad, and increase the good cholesterol.

A ketogenic diet with high MCT oil intake has shown great promise in the management of Alzheimer's disease, but it needs to be followed very strictly to be effective. It may not be suitable for dementia patients, as they can be resistant to dietary changes. However, it could play a role in preventing brain disease, but as mentioned at the start - long-term research on human subjects are necessary.

If You Look For Help

If you are dealing with a degenerative brain disease such as dementia, or if you take care of someone who does, you may find life very challenging from time to time. Betterhelp offers discreet therapeutic assistance in the privacy and comfort of your own home.

How To Prevent Dementia: Is It Even Possible?

Dementia Behaviors, How To Recognize Them, And What To Do About Them
For Additional Help & Support With Your Concerns
Speak with a Licensed Counselor Today