Dementia treatment has come a long way in recent years, and it seems that even more help for dementia is on the horizon. If you or your loved one has or may have dementia, what are your options? Is there a cure for dementia? Will there be one soon? If there is no cure for the type of dementia you have, why bother with treatments for dementia at all? Answering these questions for yourself can give you a chance at a better life for you and those you love.

Can Dementia Be Reversed? 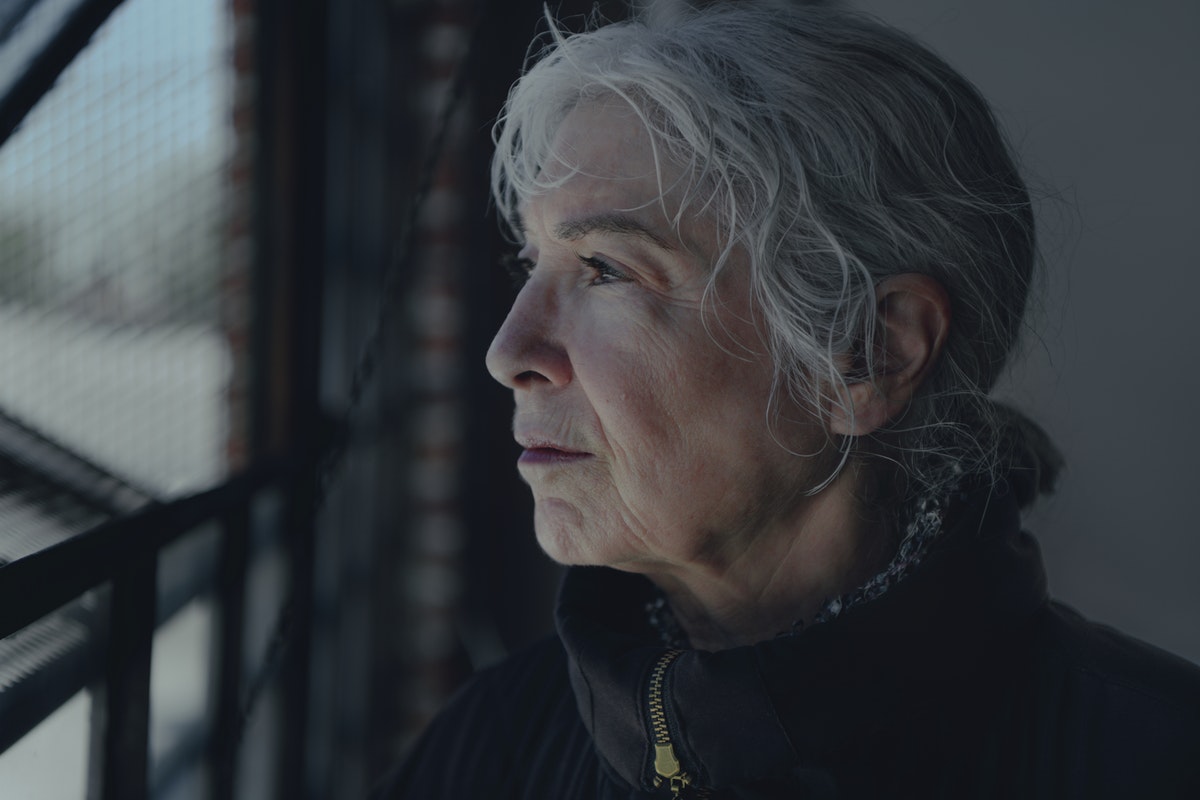 True or false: There is no cure for any delirium or dementia? So often, people assume that dementia is always a permanent progression of declining cognitive abilities. For many people, this is true, at least for now. Researchers are working now to find ways to cure or reverse dementia, but the question 'Can dementia be cured?' remains unsolved.

For other people, the answer is already here. Depending on the type and cause of your dementia, there may already be a way to solve the problem causing dementia. Once the cause is cured, dementia may subside. So, ask your doctor as soon as possible after diagnosis, 'Is there a cure for dementia-like mine?'

There is no one cure for dementia, and there probably never will be. This is because dementia is a group of symptoms, not a specific disease. The treatment for dementia depends on its cause. The following are some of the causes of dementia and what can be done to get at the cause to reverse or reduce the cause of dementia:

Although these treatments can sometimes reverse the cause of dementia, the damage to the brain remains. So, it is important to get treatment for reversible dementia as soon as possible to avoid that damage.

Is A Future Cure For Dementia Possible?

Can dementia be cured, ever? With so many different biological factors related to dementia, it is doubtful that there will ever be one single cure for the condition. Researchers are still struggling with a practical way to define dementia that will lead to greater understanding of it and opportunities to design more effective studies. Even so, the funds for researching dementia are limited, much more so than for cancer or heart disease.

For young people who have no signs of dementia, the purpose of the research is to find ways to prevent dementia.Where does this leave those who have been diagnosed with dementia now or who soon will be? There are still many benefits of treatment for people who currently have dementia.

For young people who have no signs of dementia, the purpose of the research is to find ways to prevent dementia.Where does this leave those who have been diagnosed with dementia now or who soon will be? There are still many benefits of treatment for people who currently have dementia.

What is The Point Of Dementia Treatments If You Cannot Reverse Dementia?

If you have a type of dementia that cannot be reversed, why bother with a treatment at all? Why go to the expense and trouble of going through dementia treatments that cannot cure your dementia? Most people with dementia and those who care for them can benefit tremendously from treatment.

Present goals are to reverse dementia when possible, slow the progression of it, minimize the effects of it on daily living, and improve the patient's and caregivers' quality of life. Many different treatments have been used to accomplish all these goals. 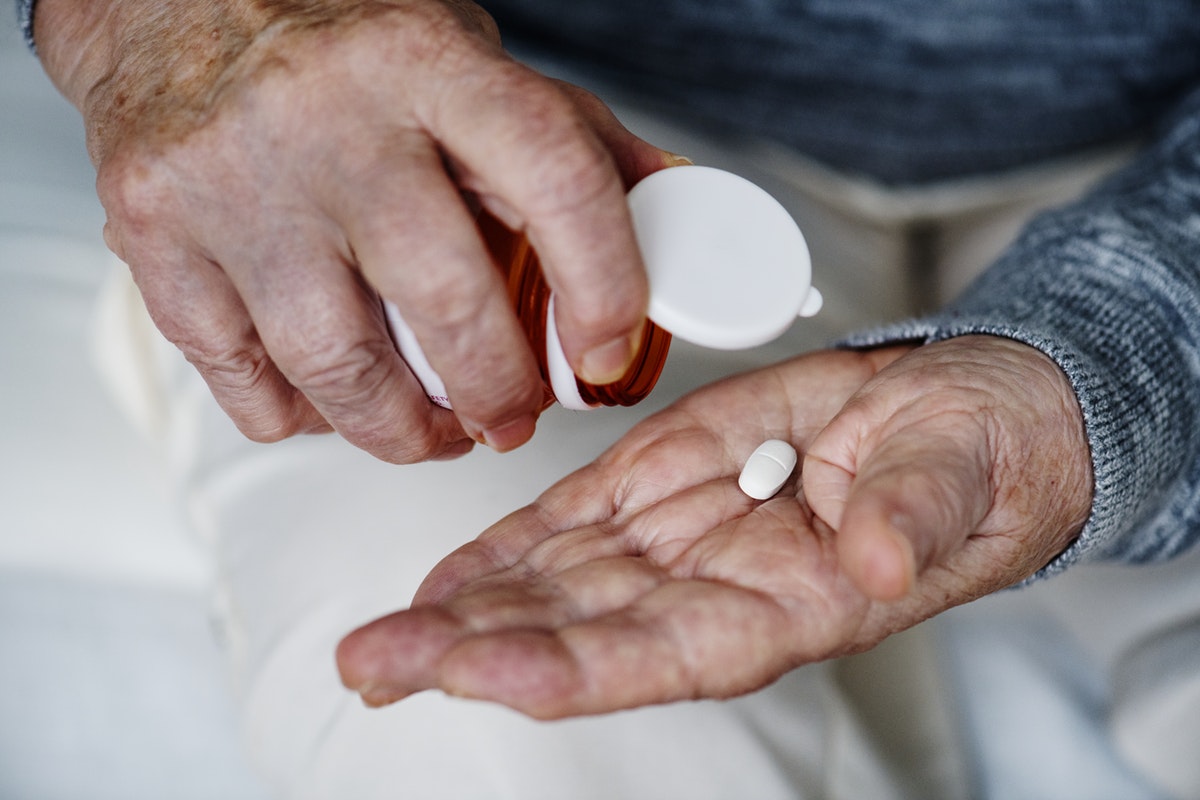 Medications to delay the onset of dementia work best when taken as early as possible in the course of dementia. More research has been done for Alzheimer's than for other types of dementia, partly because it is the most common type. Fortunately, some medications designed to help people with Alzheimer's can also provide some help for people with other forms of dementia.

Cholinesterase inhibitors are dementia drugs that are currently used to slow the breakdown of acetylcholine, a natural chemical in the brain that is necessary for the formation of memories. Acetylcholine is also important for the proper function of the hippocampus and cerebral cortex. By reducing the breakdown of this important chemical, this dementia medication can slow the progression of Alzheimer's and some other forms of dementia:

These dementia medications cannot cure dementia, and the benefit is only temporary. However, people who have dementia can have better cognitive functions for longer with these types of medication for dementia than they would otherwise. Aricept, Exelon, and Razadyne can also help with behavioral problems and the everyday tasks.

Memantine (Namenda) regulates the activity of glutamate, a neurotransmitter that helps with learning and memory. Recent studies have shown that when memantine is prescribed along with donepezil, outcomes are better than with donepezil alone.

Dementia is not just being forgetful.For many people with dementia, the symptoms other than memory loss are as debilitating. Treating these related dementia symptoms can help people have a better quality of life. Following are some of the medications for dementia and why they are used prescribed:

Right now, there are drugs for dementia approved to treat frontotemporal dementia directly, although these related symptoms can be treated as above. Creutzfeldt-Jakob's disease cannot be treated directly with dementia meds at this time either. 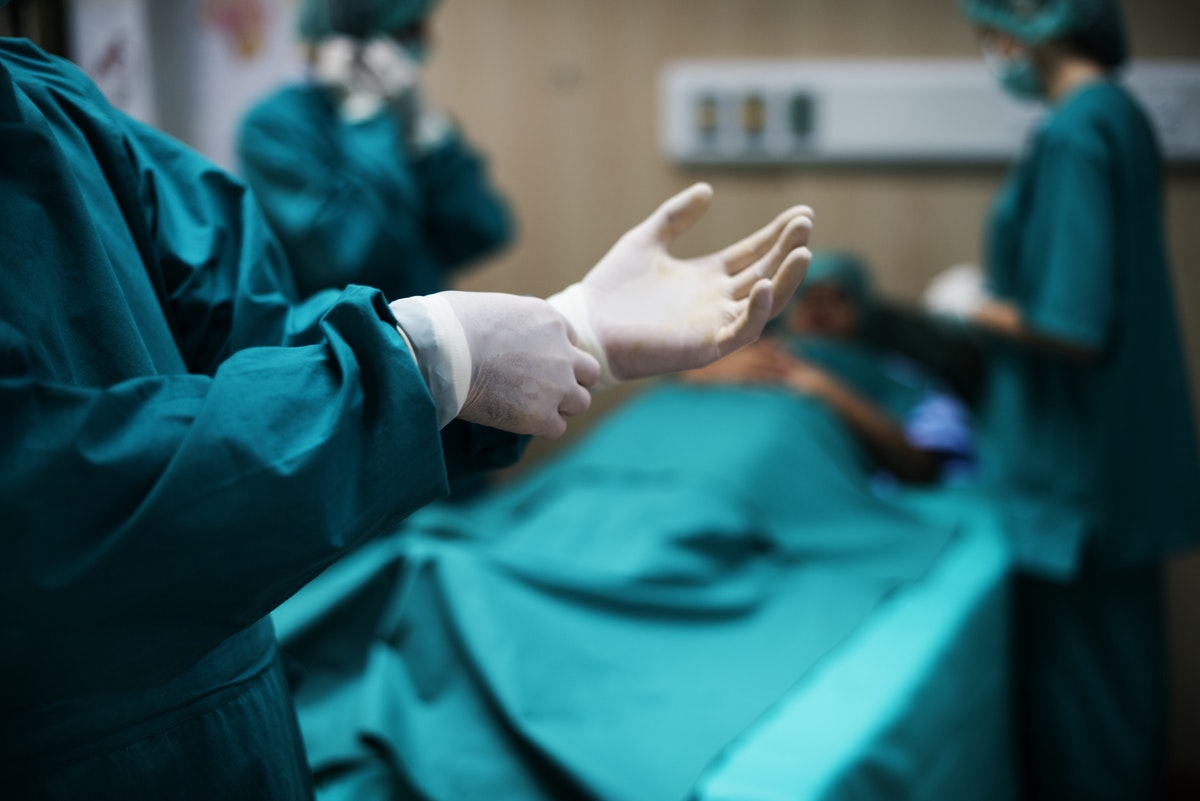 In some cases, vascular dementia treatments might include surgery. Surgery is typically used to take care of blockages causing vascular dementia. These surgeries include stenting, angioplasty, and carotid endarterectomy. While the surgery may reverse the cause of dementia, it may not be able to reverse the brain damage that's already been done.

Surgery for vascular dementia treatment can also help if your dementia is caused by a brain tumor or pressure on your brain. In this case, the brain surgery, again, may reverse the cause but may not correct the damage that's already happened during the earlier progression of dementia.

In addition to natural medicines for dementia, other complementary therapies can be used in the treatment of dementia. These include:

Psychotherapy can help people with dementia in several ways. It can provide an outlet for their feelings about what they're going through with and about their dementia. Cognitive-behavioral therapy can help when you need to change the way you respond or react to stimuli in your environment. Psychotherapy can also help relieve depression and anxiety that are so often a part of dementia.

Psychodynamic therapy deals with past experiences and unconscious thoughts to help with current behavior and relationship problems. Interpersonal is specifically designed to deal with relationship issues. Family therapies are very beneficial for dementia patients who live with their family, to develop better relationships with them. Humanistic therapy can help dementia patients and their loved ones find meaning throughout dementia as they focus on personal growth.

Although much is known about how music and dementia interact, there is still more to discover. What is known is that people with dementia respond well to music therapy. Their cognitive abilities increase, their behaviors improve, and they have a better quality of life.

In addition to standard music therapy, there is a program called 'Music and Memory.' This program started when Dan Cohen gave iPods and playlists to dementia patients. The patients in adult day care, home health care, hospitals, and hospices responded so well that the nonprofit that provides this service has become famous around the world.

What's On The Horizon In Dementia Treatment?

The scene is constantly changing in dementia research. Medications and other treatments that show promise at one point may fail in the future. Other dementia treatments show good results, but after further scrutiny, reveal unacceptable risks. The following possibilities are worth watching as you keep an eye on research for dementia treatment.

Medical foods have been described as a cross between medication and dietary supplements. They are regulated by the FDA as if they were ordinary supplements, but they are designed to help with specific medical conditions. Dementia is one of these. Two medical food products have been in the news recently.

One is called Tramiprosate. It was called Alzhemed in clinical trials and now is known as Vivimind. It was originally designed as a medication, but after an inclusive Phase III clinical trial, it was marketed as a medical food. It is a unique version of taurine, and it was designed to help with Alzheimer's and other dementias. You can buy it online, but there is no evidence that it has any benefits for dementia at all.

Another medical food is caprylic acid, tested as Ketasyn and now called Axona. This medical food began the trend toward using coconut oil for dementia. However, the caprylic acid used in Axona is different from the coconut or palm oil it is derived from. Unlike Vivimind, Axonahashas shown promise in helping people with dementia by providing an energy source with brain cells lose their ability to use sugar effectively.

Some promising research work has been done to investigate the benefits of hormone replacement therapy to help prevent dementia in women. Although this is not at this time considered a treatment, that possibility may be explored in the future.

Researchers are working to develop antibodies that can bind to abnormal brain cells. Once these antibodies mark these cells, they can be destroyed in several different ways.One such antibody being tested is called Aducanumab. It shows promise, and more research on it is ongoing.

Recently, research has revealed that the Socratic method of presenting open-ended questions is a powerful way to get patients to solve their problems and overcome symptoms of anxiety and depression. As such, it may show promise as a treatment for dementia-related depression.

Social And Psychological Support For Dementia Patients And Caregivers 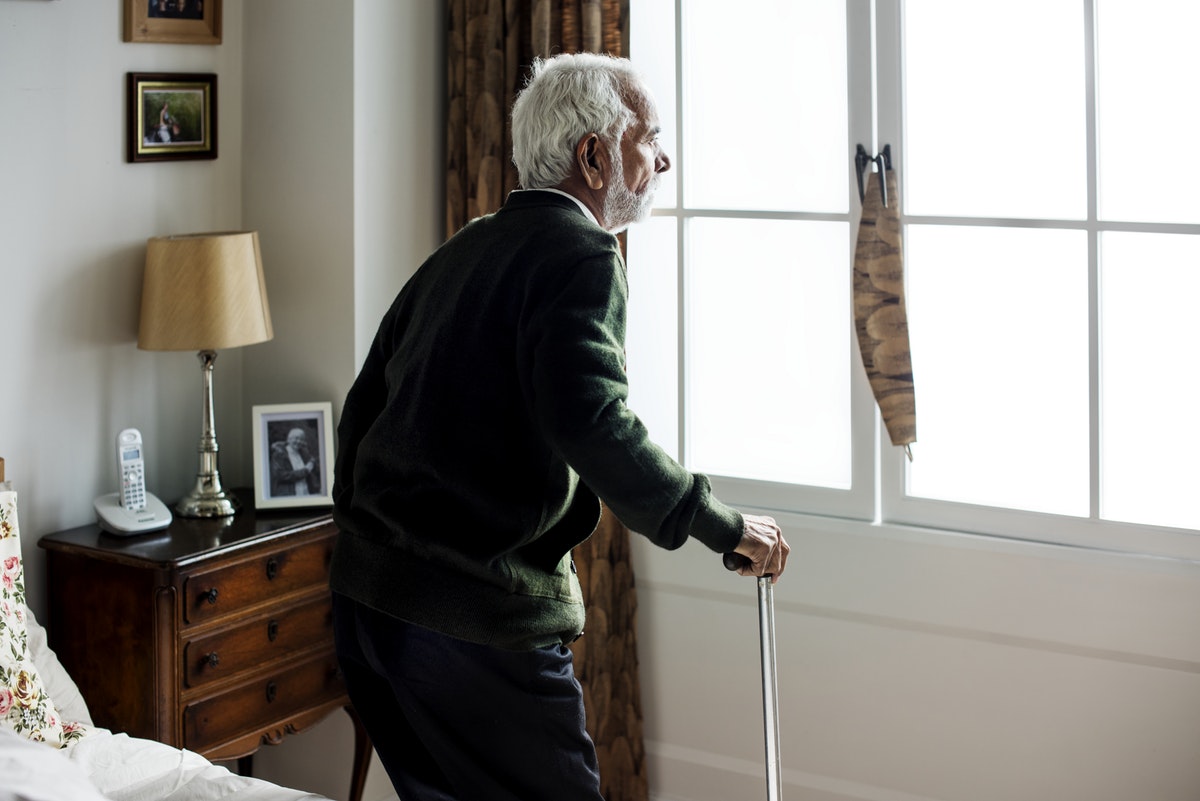 One of the most important things you or the person you care for can do about dementia is to build a social support network. As a dementia patient, this can improve your cognitive function and give you the motivation to improve your behavior. As a caregiver, you need support to stay emotionally healthy enough to deal with the challenges of helping someone who needs you so much.

You can connect with local community organizations and support groups, become more connected with other through shared spiritual practices or classes, and get help and advice from others in your situation online through BetterHelp.com. Better Help not only provides a solid support system, but you can also talk to a licensed counselor about your issues with dementia and any other problems you're dealing with in your current situation.

Having dementia can be a lonely thing. Being the caregiver for someone with dementia can be as lonely. Beyond that, you likely need help to understand the challenges involved with dementia and learning how to manage them. The good news is you do not have to learn and face it all on your own. Help is waiting, and it only takes a moment to start!

What Is Dementia? Definition, Description, And Diagnosis