Sometimes, when people are depressed, they can point to a traumatic event or series of downturns in their lives. Sometimes, however, there's no clear event or series of events that anyone can point to as the cause of an individual's depression. This can leave the individual and their friends and family looking for answers. If the individual isn't the first one in the family to experience depression, you may be wondering, "Is depression hereditary?" 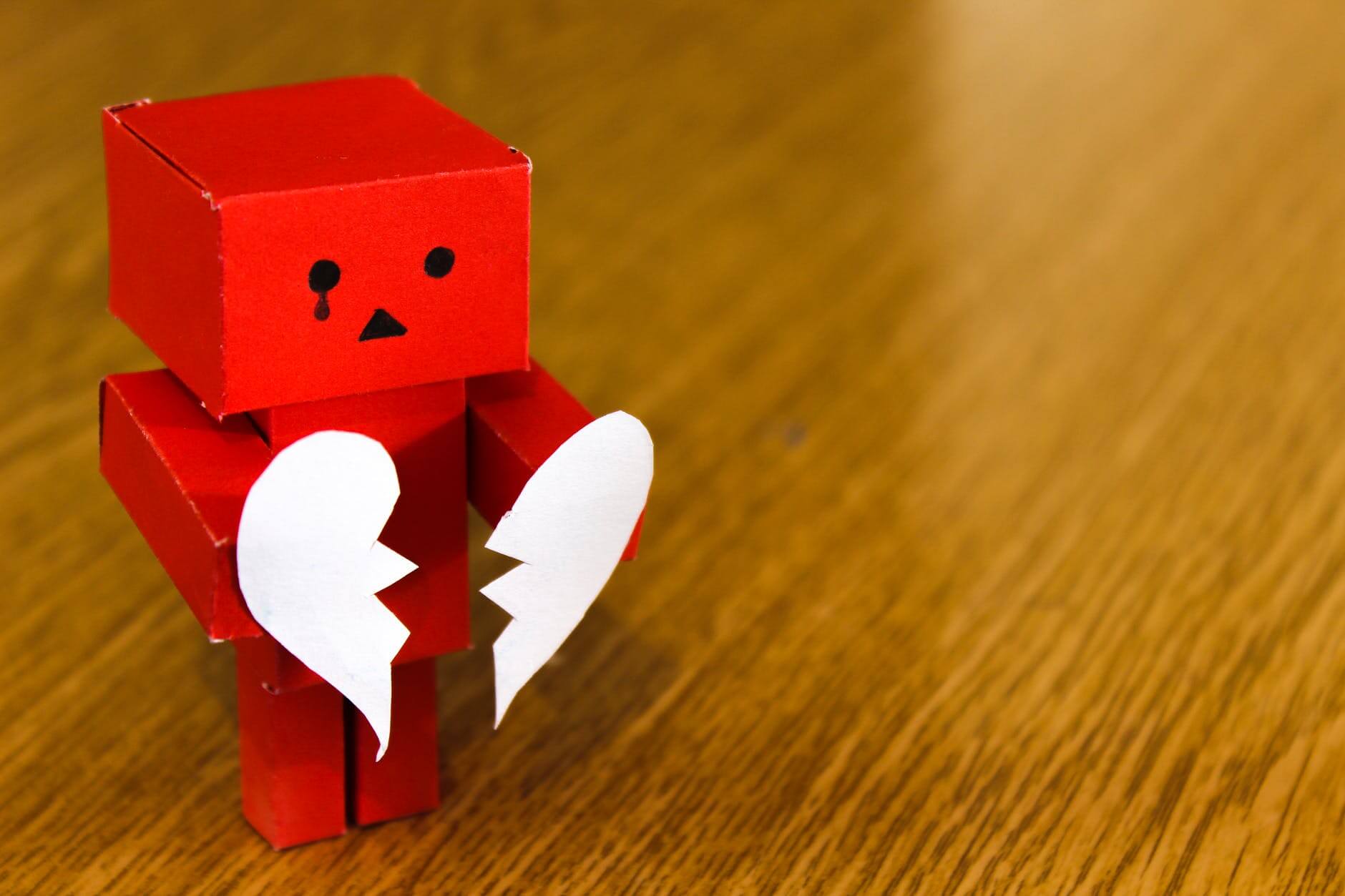 Depression is a diagnosable condition that causes a loss of energy and often a pronounced loss of interest. Some people also experience physical symptoms such as loss of appetite, nausea, or even physical discomfort or pain. To be diagnosed, these symptoms must be present most of that day, most days of the week, for at least two weeks. While this serves to prevent misdiagnosis of depression, it also means that most people who are diagnosed have already been suffering from the effects of depression for quite some time.

Depression can range from mild to severe and may occur in long stretches or in more severe episodes that occur in stretches of more mild or unnoticeable depression.

Depression is often brought on by a traumatic event such as conflict or the loss of a loved one. It is most commonly diagnosed in individuals between the ages of fifteen and thirty, though it becomes common again in advanced age.

On the short-term, depression can cause disruptions in an individual's personal life, or interfere with work and hygiene and so lead to further problems. Long-term or more severe cases can lead to drug abuse or suicide.

Depression can be caused by many things, from traumatic events to chemical imbalances, and possibly from your DNA. Scientists still aren't sure about that last one, largely because there are so many known (and probably unknown) causes of depression.

Does Depression Run In Families?

Scientists do know that depression does tend to run in families. However, this doesn't necessarily mean that it is genetic.

As mentioned above, depression can be caused by traumatic events. Our family can be a cause of trauma, as well as an indication and result of certain social pressures. In other words, scientists aren't sure whether depression runs in families because a gene is passed down or because members of the same family face similar problems and are likely to react to them in similar ways. This is often the case with conditions that are considered social. For example, Type 2 diabetes runs in families, but it is not entirely clear whether this is due to genetics or simply similar lifestyles.

One of the most common causes of depression is abuse, which often occurs within a family setting. 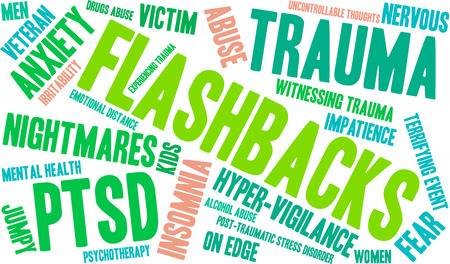 On the other hand, scientists in the U.K. believe that they were able to isolate a region of a chromosome that predicted severe depression. While the study was the first of its kind to prove that depression may be hereditary, it left some questions to be answered.

For example, the study only isolated one gene, though it is unlikely that only one gene is responsible. Further, there are many kinds of depression and this study only dealt with one. The kind of depression addressed in this study was also more severe than most people experience.

Hopefully, this study will encourage other researchers to continue looking into depression as a genetic disease.

Some medical professionals also believe that chemical imbalances cause depression in the brain or by unusual formations in some parts of the brain, which may be hereditary, though research remains ongoing.

This would explain away a great number of potential flaws with the theory of depression as a genetic condition. For example, if depression were genetic, might not everyone in a family have it though this is rarely the case?

Further, if depression were genetic, why is it that there are people who are diagnosed with the condition despite having no family history of it?

Can it Be Both?

There is also another possible explanation in the field of epigenetics. Epigenetics is a field that studies which genes we have and which genes do or do not become active.

We are born with some genes that are "active." These genes determine the way that we are, from our physical appearance to the little things about us that no one can see.

Sometimes, there are active genes, but that doesn't impact us so directly. These genes allow us to do things like be carriers for diseases that we don't have but that we may pass on to our children.

Other genes, however, are dormant - they aren't active but can be activated by something in our environment. These can do things like trigger allergic reactions. With an allergy, you carry a passive gene which can be activated by the allergen on your first exposure so that at the next exposure you react.

Some scientists believe that the cause of depression may be epigenetic. This would mean that some people carry a passive gene for depression, which would then be activated by an environmental trigger, like a traumatic event.

Another possibility is that depression is a "sort of hereditary."

As was mentioned in the introduction, depression can be caused by many things, including chemical imbalances, nutrient deficiencies, and the presence of other mental or emotional disorders. Depression occurring at the same time as or because of another condition is called a "co-occurrence." In this way, another disease that is genetic may lead the individual to become depressed. In this case, the depression itself may not be considered genetic despite having been caused by a genetic condition.

Other Causes of Depression

There are also other causes of depression that are not genetic or the direct result of illness, namely drug use.

Many prescription drugs, even for conditions as mundane as acne, have depression listed as a side-effect. Few over,-the-counter drugs cause depression on their own but may be interacting with other medications and causing problems. If you think that medication may cause your depression, talk to your doctor about your concerns and a list of what medications you are taking.

Abuse of many recreational drugs, including alcohol, can also cause depression. Quitting can often help to reduce or eliminate symptoms of depression. Ask your doctor for resources or programs to help you. 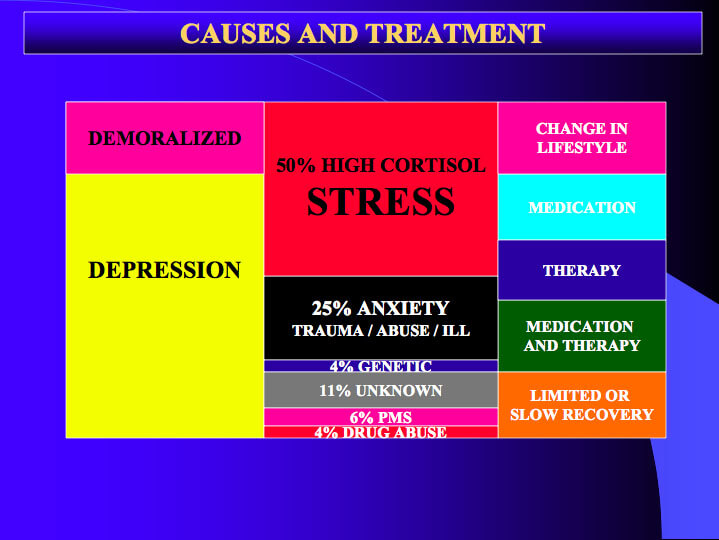 While scientists are continuing to search for an answer to whether or not depression is hereditary, many are agreeing that the question may not be quite that simple.

Because depression does not often come without any explanation, and for other reasons discussed above, it seems unlikely that genetics are entirely responsible.

Similarly, that two people can both go through the same situation and not both develop depression suggests that it is not entirely learned.

Many experts are coming to agree on the epigenetic theory that genes make us more likely but not certain to develop depression, even though the gene or genes that may cause depression to have yet to be identified for sure.

While we may not yet know all of the causes of depression, the more we learn about it, the more we can help the people that develop it.

How To Get Help

There are many different causes of depression. Some of them may be hereditary, while others likely aren't. Whatever the cause of your depression, most people can manage it, with help.

Most plans for managing depression include a combination of prescription medication and talk-therapy, though talk-therapy is enough for some people with mild depression.

Many people who believe they may have depression start out by visiting a therapist or counselor to get a professional opinion on whether their condition requires treatment and whether that treatment should include prescription medication. If you or someone you know may be in danger of attempting suicide, contact the police immediately. Suicide has been decriminalized in most places, but police are still willing and able to check up on people, to provide support, and to recommend further resources.

For more information on how you or someone you care about can benefit from talking to a therapist or counselor about depression online, visit https://www.betterhelp.com/start.

How Are Alcohol And Depression Related

Is Depression Genetic And What Does That Mean?
You Don’t Have To Face Depression Alone. Our Experienced Counselors Can Help.
Get Help & Support With Depression Today