Advice Home > Depression > The Toxic Link Between Depression And Addiction

The Toxic Link Between Depression And Addiction

Many of the mental and emotional health issues that human beings face are linked in one way or another. The toxic link between depression and addiction can go hand in hand, reports Psychology Today. There are many cases in which addiction can lead to depression. Likewise, depressed individuals may be more susceptible to addiction, as a means of coping. However, addiction never makes any problems better; in fact, it can exacerbate issues and make a bad situation even worse. When it's all said and done, depression and addiction are close cousins on a very vicious cycle. 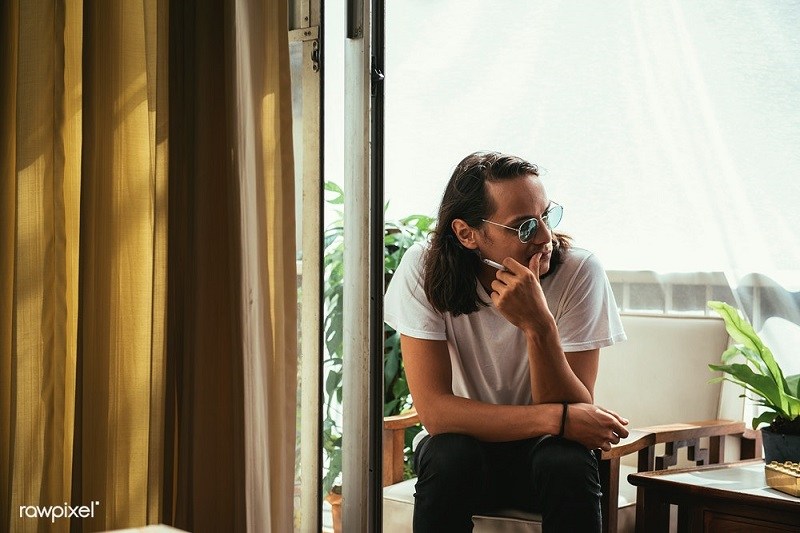 Depression is clinically defined as a mental health disorder that pertains to a persistently depressed mood or lack of interest in activities, leading to significant impairment in daily life. Unfortunately, this ailment is fairly common and can be brought about by a series of events or circumstances. Studies have furthermore determined that hereditary factors and current psychological state can impact a person's susceptibility to depression.

In virtually all cases, an individual who is struggling with depression will begin to exhibit signs sooner or later. Some of the most common symptoms of depression include, but are not exclusively limited to, insomnia, withdrawal from others, concentration struggles and thoughts of suicide. People who find themselves afflicted with depression may also struggle to properly function in day to day life. Contrary to certain beliefs, depression is a clinical disorder and it's not as simple as simply shaking off the sadness. Sadness is much less severe and more fleeting than depression.

Thus far, treatment options for depression include therapy and medication. Depending on the severity of the depression and present circumstances, afflicted individuals may benefit from a combination of the two treatments.

Addiction is clinically described as a brain disease characterized by compulsive engagement in rewarding stimuli despite adverse events and consequences. There are many things in life which can cause someone to fall into addiction. For instance, there are many cases where people develop unhealthy coping mechanisms to overcome trauma, only to develop an addiction which is harmful to their health and well-being. When a person becomes addicted to a particular substance or stimuli, it won't take very long for this addiction to become apparent.

Addiction has a tendency to manifest in the form of its symptoms. The symptoms of depression include but are not mutually exclusive to uncontrollable cravings, lying, stealing, and otherwise committing crimes to fulfill cravings, hiding the source of addiction from others, recklessness, and a lack of regard for one's personal hygiene. As you can imagine, addiction is not pretty and has the potential to ruin lives if it's not properly dealt with in a timely manner.

Treatment options to help rid people of addiction include counseling, behavioral therapy and even medication. It's important to note that due to the nature of addiction, specific treatment measures can vary according to the individual at hand. In many cases, addiction may be an offshoot of a more deep-seated problem altogether. It can take years or even decades for someone to break an addiction - and there is always the temptation to relapse. 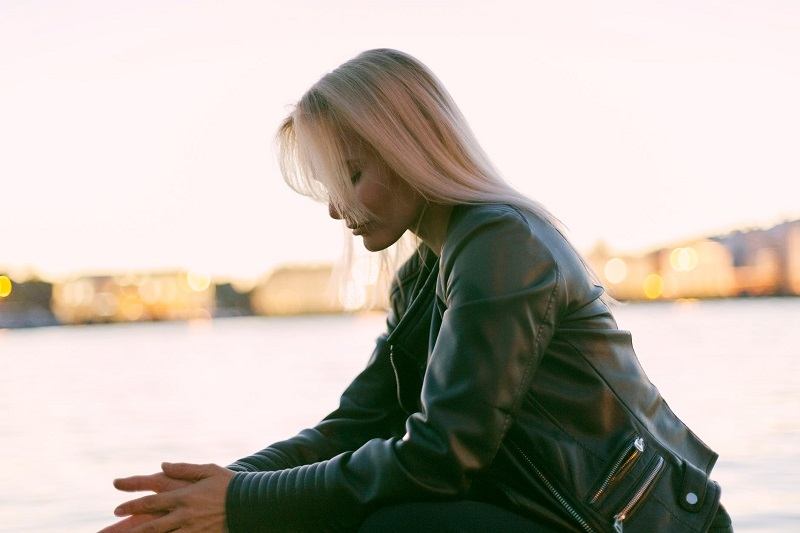 Connection Between Depression And Addiction

In exploring the connections between depression and addiction, it's important to note the common catalysts which lead to these states of existence. Many people experience depression and/or turn to addiction when something is going wrong in their lives, as stated by Psycom. The issue could be relationship troubles, career setbacks, family problems, or another matter entirely. The point is that depression and addiction tend to come into the lives of people who aren't doing very well and who are struggling to deal with their issues in a healthy manner.

Depression and addiction have a tendency to feed into one another and for someone who is experiencing both of these issues, it's not a pretty picture. Let's use an example: say that someone is having problems in their workplace and has stumbled into moderate depression. In order to retain some semblance of normalcy, this person goes to the bar each week and has a few drinks. Eventually a few drinks per week turns into several drinks per day, hence the development of an addiction.

Without intervention, the addiction will worsen and can lead to a deeper depression. What's important to understand is that many addicts want to break their addiction. However, due to the psychological components associated with addiction, simply going cold turkey isn't as easy as people would like for it to be. This continues the compulsion to feed the addiction, in addition to feelings of sadness, despair, and of course, depression. Understanding the ways in which depression go hand in hand is the epitome of the toxicity between these two states of existence.

One of the most important things to realize about both depression and addiction is that the aftermath of both is incredibly devastating. This, too, serves as yet another link. Whenever someone finds themselves in a situation where they are unable to successfully function in society and fulfill their responsibilities in life, this presents a major problem. Untreated depression has turned so many lives upside down and addiction has ruined so many lives. 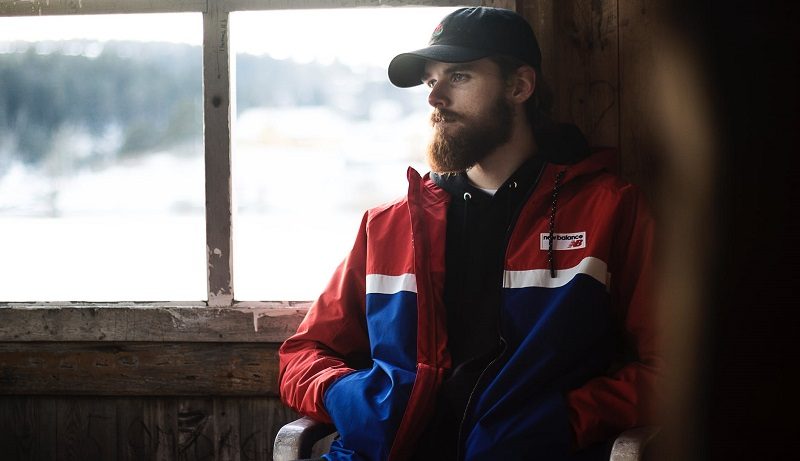 There are all kinds of issues which can cause someone to become ensnared by depression or addiction. However, suffering from a lack of support from others is a frequent, major catalyst which often leads to disaster for so many individuals. Think about it. How many times have you heard of someone feeling lonely on a regular basis and eventually becoming depressed? How many times have you read about someone developing a drug addiction as a result of trying to escape a difficult situation which is present in their lives? If the lonely person had a reliable support system in their corner, it's very likely that they could have afforded depression. Likewise, if the drug addict had a network of people who could help them improve their situation, their likelihood of developing an addiction would have decreased dramatically.

In life, there are so many events and factors which have the power to set people off the edge. Sometimes, that edge manifests in the form of depression; sometimes it manifests as addiction or something else which is equally harmful and insidious. Psychology Today affirms that both depression and addiction are born and brought into being when people lack the proper knowledge, resources, or support to appropriately deal with issues in their day to day lives.

Better to Nip it in the Bud

Both depression and addiction can be treated after the fact. It may require time, lifestyle adjustments, withdrawal, etc, but it can be done. A depressed individual can experience true peace and happiness again. Likewise, an addict can overcome their reliance upon unhealthy behaviors or substances. However, the best way to really treat depression and addiction is to nip it in the bud. This means being there for people and ensuring that everyone maintains the right support systems so that they don't shatter emotionally or feel the need to turn to substances or unhealthy behaviors as a form of escapism.

Knowing When To Ask For Help

If you or someone you know is dealing with depression, addiction, or some other challenge, it's important to know that asking for help is okay. So many individuals have been led to believe that they have to deal with matters on their own without assistance from anyone else and this simply isn't true. As a matter of fact, asking for help can actually be more effective than trying to tackle everything on your own. Each person brings something new to the table and you never know what someone's background may be or how they could be of service in ways which you did not initially anticipate.

If you're interested in seeking help but have been unsure of where to turn thus far, then we have some great news for you. Here at BetterHelp, we employ amazing counselors and therapists who would be thrilled to get to know you and provide the best quality of guidance and assistance. No matter who you are or what your situation is, you should never feel alone. The reality is that everyone faces challenges and hard times, but, as previously stated, having the best support system in your corner is truly significant.

The choice you make next is yours, but BetterHelp will always be available as an option to those who are willing. Whenever you are ready, you can begin therapy and turn over a new leaf in your life.

What is Cyclical Depression?

The Relationship Between Drinking And Depression
You Don’t Have To Face Depression Alone. Our Experienced Counselors Can Help.
Get Help & Support With Depression Today