Advice Home > Depression > What Is An SSRI Drug (Antidepressant)?

What Is An SSRI Drug (Antidepressant)? 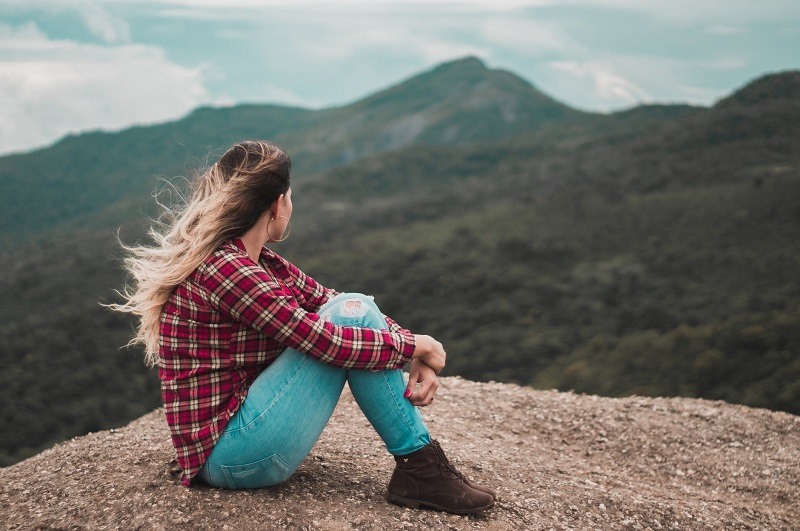 Depression can be treated with a variety of medications. The brain is a complex thing, and when there's something wrong, it can take a combination of different medications to address the issues. The depressed brain is most likely to have issues with one of the two most common neurotransmitters - dopamine or serotonin.

Neurotransmitters work by helping to send messages to neurons and within the brain causing a reaction within the body. While there are many different neurotransmitters, seratonin and dopamine that have been commonly linked to depression. Neurotransmitters don't just relay the message though; they also can make a difference in how complete or clear it is. Imagine that you are sending an electrical signal along a piece of copper wire, if the wire is strong and unbroken the signal is clear at the other end, however, if the wire is broken or frayed the signal may stutter. When there aren't enough neurotransmitter chemicals, it creates breaks and frays in the messages passed between neurons, so the brain doesn't always have the right response.

Depression is often referred to as a chemical imbalance in the brain. It's a little more complex than that since scientists are still trying to understand exactly how the interactions of those chemicals create the symptoms, but most research has shown that by triggering certain processes within the brain that use neurotransmitter chemicals, the symptoms of depression are impacted. There are inhibitory and excitatory neurotransmitters. Serotonin is one of those inhibitory chemicals and is the primary one that SSRI drugs focus on. 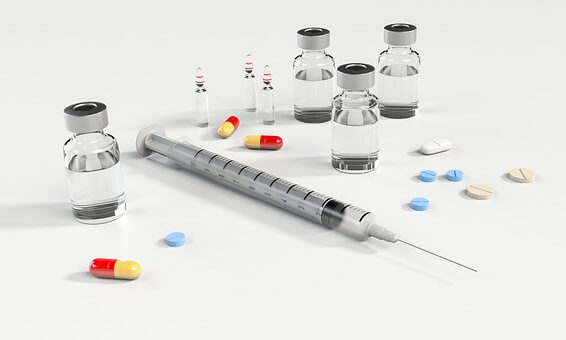 What Is An SSRI?

When you're depressed, it's very common to be given medications. About 80-90% of people who suffer from depression will benefit from some form of medication and of those, reuptake inhibitors are the most frequently prescribed. SSRIs are some of the most common medications prescribed for depression. The term "SSRI" means Selective Serotonin Reuptake Inhibitor. It works primarily on the neurotransmitter Serotonin so that the levels of the body and brain don't drop too low.

How Does An SSRI Work?

SSRIs help to make more serotonin available within the brain. The drug mechanism is specific to serotonin, which is why it's called "selective." Don't worry; you're not going to have a lack of serotonin anywhere else, it's just that some people's brains deplete it faster by using more than they need to. When the brain releases neurotransmitters, they get reabsorbed so that the next message can get passed if they're not used up. In depressed brains, this may happen before the message is fully transferred or it may happen at the same time causing the garbled "depressed" message. By stopping the reuptake of serotonin, the body has to produce more instead of using the reuptake process, so there's always enough to send complete messages.

Another theory is that when the receptors are blocked from re-uptaking the serotonin, it stays in the gap between neurons for longer, allowing slower messages to come through between nerve cells which improves communication.

While there are a huge variety of SSRIs out there much of the prescription process is trial and error, because there's no way to test for levels within the brain correctly. Every person is different chemically which is why one SSRI may work on them but not you. The FDA regulates SSRI drugs and has a list of those approved to treat depression including:

Symbax Is also an approved SSRI. However, it's usually reserved for those with treatment-resistant depression because it's a combination of several drugs including Fluoxetine and other drugs usually used for schizophrenia.

These drugs have frequent side effects and interactions which is why it's very important for your doctor to know about your other prescriptions before prescribing them. They are often prescribed together or in combinations with other drugs to get the best results when treating depression.

SSRI drugs often take several weeks to work as the level needs to build up within the body to create enough of an effect. It's important to be patient, but if there's truly no improvement, you should talk to your doctor again. It takes on average 4 to 6 weeks of use or even up to 8 weeks before the full effect is felt. Usually, you will start with the lowest dose and then increase until the effects are too strong and then cut back to the previous dose as your maintenance dose under doctor supervision.

Most doctors will tell you to stick with an SSRI for at least 6 months to 2 years if they are working and if the problem is severe enough it may be a lifelong commitment. It's important not to skip doses and to take them as soon as possible if you forget but not to double up. Withdrawal symptoms from SSRIs can be much like the nasty flu but may also include serious complications like seizures.

It is possible to overdose on SSRI medications, though much less likely and less dangerous than older MAOI drugs. A large, single overdose of SSRI medication will cause toxicity in the body which can cause an abnormal heart rate or coma.

How Can I Get SSRIs?

These are prescription drugs which means they can only be prescribed by a doctor. While most GPs are able to prescribe them, it's usually left to psychiatrists to do so as they are more specialized.

Usually, your doctor will ask if you've tried other avenues to deal with your depression, such as exercise, or supplements, or if there's something specific going on in your life that might only be temporary. If you're not yet working with a specialist or therapist about your depression and it's serious enough that you think medication would help, then it's important to reach out and find someone who can help you. 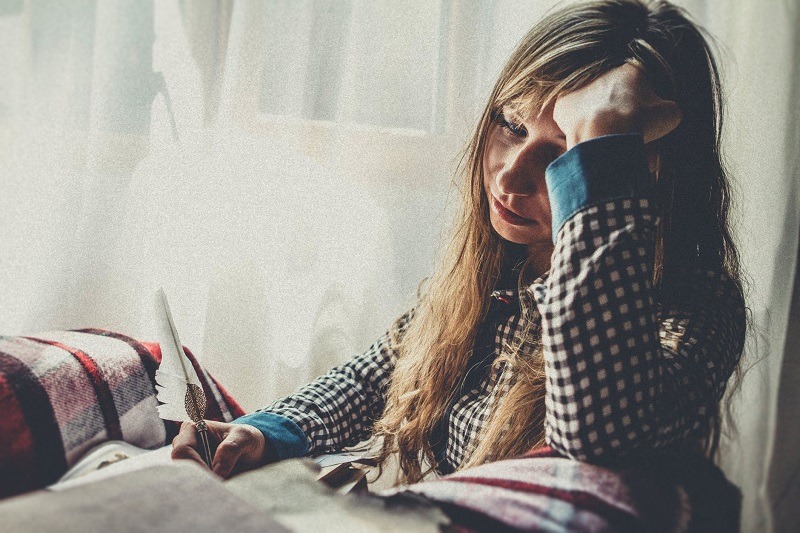 Are There Side Effects Of SSRI Drugs?

One of the reasons many people who struggle with depression choose not to get medicated or who go off of their medication is because of the side effects. Most side effects aren't permanent, but the most serious is that they can worsen depression and cause thoughts of suicide. It's important not to stop taking them suddenly because some SSRIs have severe withdrawal symptoms.

The most common side effects are:

While these can be debilitating more severe symptoms include manic behavior, suicidal thoughts, hives or allergic reaction, and chest pain. Children and young adults are more likely to experience thoughts of suicide which is why they are less often prescribed to this population. It's important to get help if a person who is prescribed SSRI medications starts talking about death more often or admits to having suicidal thoughts.

When taking SSRIs, it is also possible to have a rare side effect called Serotonin Syndrome where too much serotonin builds up in the body. Serotonin syndrome is potentially deadly, and the symptoms include confusion, headaches, diarrhea, palpitations, tremors, twitching, shivering, and more. If these are ignored, they can progress to unconsciousness, seizures, fever, and erratic heartbeat. The risk is higher if you're taking more than one SSRI at a time and when you first start taking them. There is also a chance of this occurring if you take an SSRI with St John's Wort, an herbal supplement. Serotonin syndrome requires hospitalization and is a serious condition. 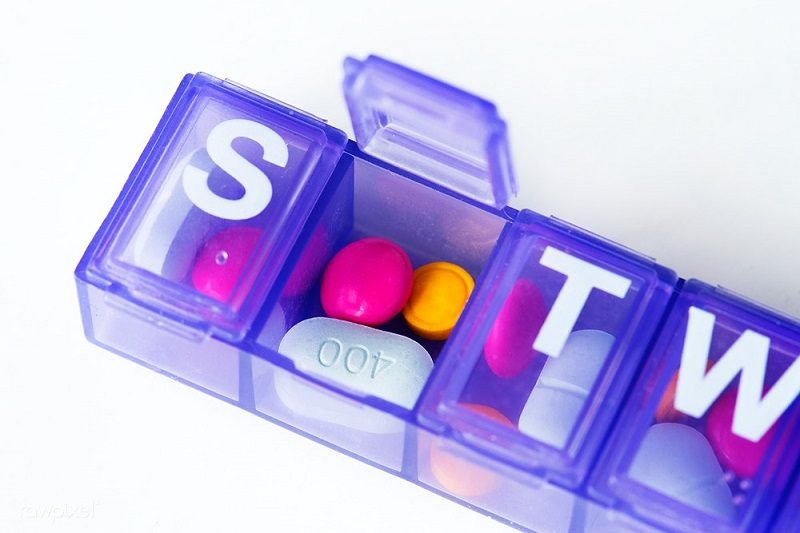 There is some debate about the effectiveness of SSRI drugs, mostly because they are not effective for everyone. Some data has suggested that positive reactions are not as widespread as previously thought while others support the widespread opinion that they're effective. Since the true cause of depression isn't yet known, it's entirely possible that we won't know the answer to this until science has been able to pinpoint that for sure; not to mention the fact that everybody reacts differently. If you're considering getting medication or your doctor has prescribed an SSRI, then it's important to give it a chance to work. SSRI medications can be an important tool in treating depression, even if science isn't quite sure why.

Does Acupuncture For Depression Actually Work
You Don’t Have To Face Depression Alone. Our Experienced Counselors Can Help.
Get Help & Support With Depression Today