What Is Major Depressive Disorder (MDD)? 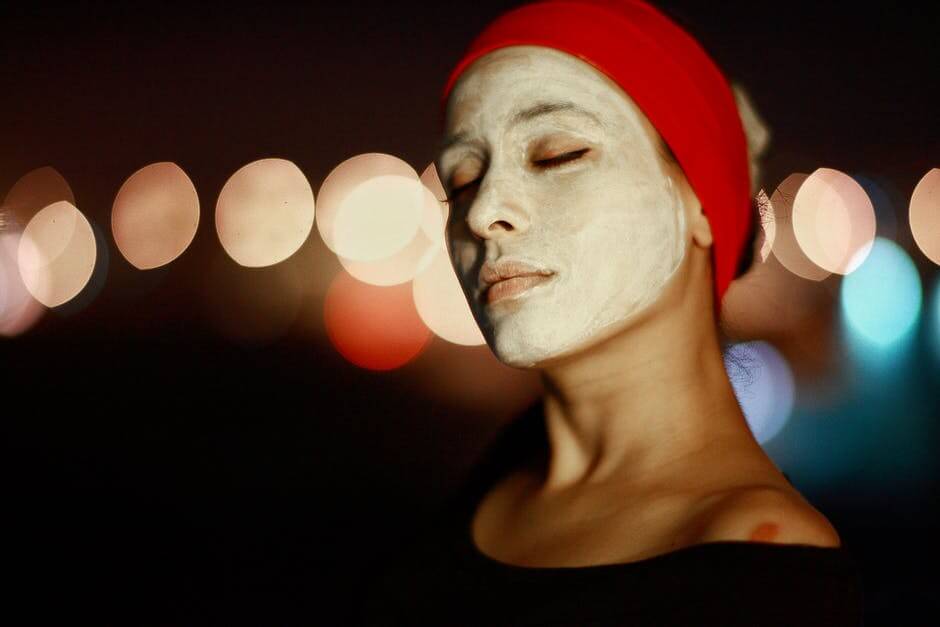 If You Have Difficulty Overcoming Your Sadness, Counseling Can Help
Support Is Available To You - Sign Up Today

Major Depressive Disorder also goes by the name Unipolar Depression or Major Depression. The condition is defined as experiencing continuous feelings of sadness, a lack of interest in daily activities and a preoccupation with death or suicide.

It is different from bipolar depression in that instead of shifting between highs and lows, major depression leaves the individual always feeling low. Major depression often goes hand in hand with anxiety. The good news is it's an illness that can be and often is treated easily by combining a regime of psychotherapy and medication

According to the World Health Organization (WHO) approximately 350 million people around the world suffer from depression and it is one of the leading causes of disability. The rate of depression in women is 50% higher than men regardless of their socio-economic class. Levels of mortality and morbidity are much higher in people who suffer from Major Depression and it is fast becoming a growing concern globally. WHO is urging countries and states to take action, raise awareness and provide support.

WHAT ARE THE SYMPTOMS OF MAJOR DEPRESSIVE DISORDER?

Depression is not a lifelong condition and while in most cases it first surfaces in the teens or 20s or 30s, it can happen earlier (in childhood) or later. In some cases it can occur only once, but typically when someone has gone through an episode of depression, they are likely to suffer through others. The symptoms don't come and go sporadically rather they are experienced throughout the day, everyday for an extended period of time.

When someone is experiencing a major depressive episode, it means they are experiencing symptoms such as fatigue, social isolation, feeling worthless and a general sense of depression. Some of the other symptoms commonly experienced in people with MDD are:

The symptoms experienced during a depressive episode range from mild to severe. When the symptoms are mild, the individual is capable of going on with their everyday tasks, however they may not be functioning to their full capacity and they may simply be feeling unhappy or miserable without being able to explain why.

When experiencing severe symptoms the chances are high the individual will be unable to complete or continue their usual activities such as work, household chores, social responsibilities etc.

Children who are depressed often experience similar symptoms, in addition they may also have difficulty at school, become overly clingy and sad, be irritable and lose weight.

For teens going through puberty, dealing with depression can be particularly difficult since they are already going through a rough time emotionally. Depression can add to self-esteem issues, make them feel misunderstood and angry and often leads to abusing drugs and alcohol and becoming socially withdrawn. Because symptoms of depression can sometimes be confused with a teenager going through a moody, irritable phase, parents and loved ones should keep a close eye on sudden or continued behavioural changes and get help if needed. 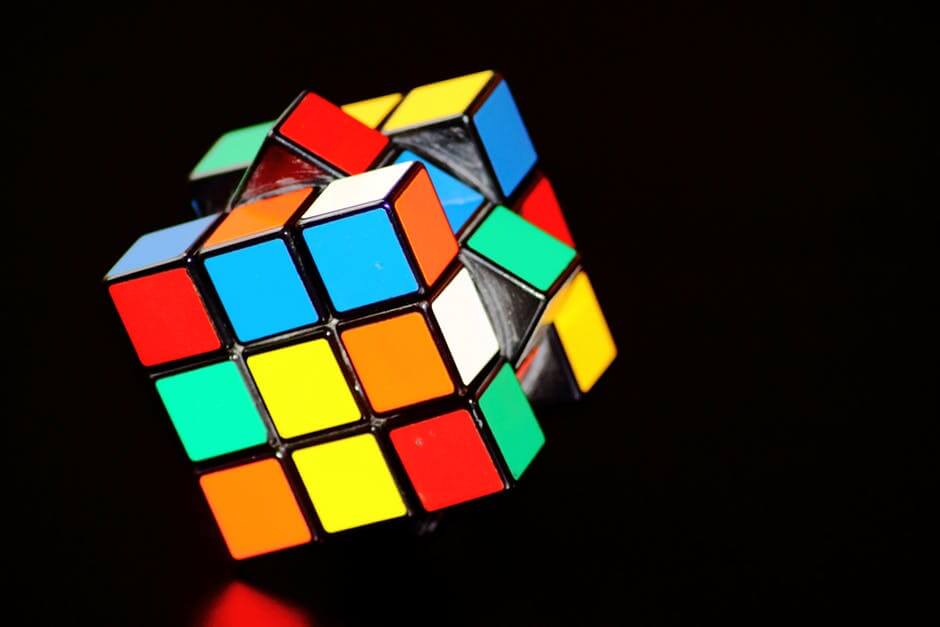 There is no exact cause for major depressive disorder, it's a complicated illness with many layers to it and like many other mental disorders, the condition is caused by one or a combination of the following factors:

Some external factors (non-biological), which can trigger or increase the chances of MDD are:

HOW IS MDD DIAGNOSED?

The first step to getting a proper diagnosis of MDD is to speak to your family doctor or a health care professional. The doctor will first conduct a physical exam (including some blood work) to ensure there is nothing else going on with you physically. Once physical problems have been ruled out, the doctor may refer you to a mental health professional who will do a psychological evaluation. This evaluation will involve discussing your symptoms and behaviours and may include completing a questionnaire. When there is a family history of mental disorders, the doctor will also screen for manic and hypomanic episodes. 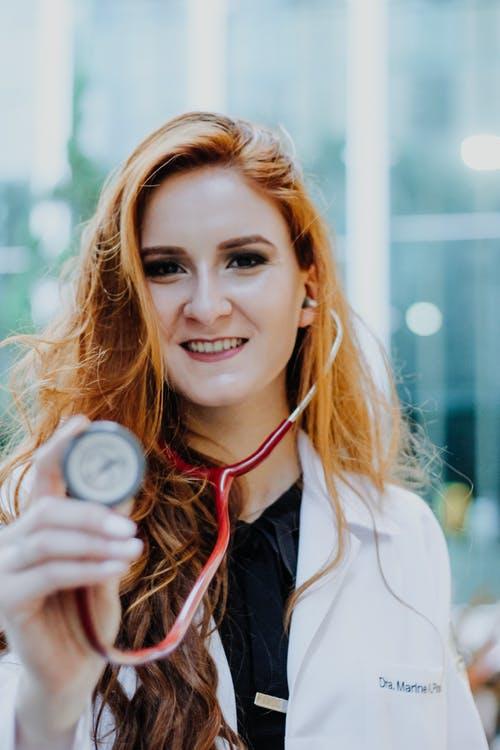 If You Have Difficulty Overcoming Your Sadness, Counseling Can Help
Support Is Available To You - Sign Up Today
Source: pexels.com

Once all the information is on hand, the mental health care professional will make a diagnosis based on the criteria outlined in the Diagnostic and Statistical Manual of Mental Disorders (DSM-5)published by the American Psychiatric Association. Usually five or more symptoms of a depressive episode have to last for at least two weeks or more to get a proper diagnosis of MDD.

Depending on the circumstances and the symptoms exhibited you might be diagnosed with a specific type of depression for example MDD with Psychotic Features, also known as Psychotic Depression.

Psychotic Depression is a subtype of MDD and is a very serious condition. Medical attention should be sought immediately when psychosis is present because it's an illness that needs to be monitored by mental health professionals. Approximately 20% of people with MDD have psychosis symptoms i.e. psychotic depression. When someone is diagnosed with psychotic depression it essentially means they have lost touch with reality. They have hallucinations, hear voices and see things that are not there. Some of the symptoms to watch out for are:

MDD with Psychotic Features is divided into two types:

In their deluded state, the patient is likely to believe the things they see or hear and may attempt to harm themselves or do something impossible (like jump of a building because they believe they can fly). Which is why it's so important to get help immediately and follow a treatment plan. The risk of suicide is higher in people suffering from Psychotic features.

There is no exact scientific or medical reason why some people develop psychosis but studies have shown that genetics and a family history of mental disorders are linked to someone developing a psychotic depression. Stress can also affect and lead to a chemical imbalance in the brain.

There are various types of major depressive disorder tests and quizzesavailable online to do a self-test for you or a loved one. The test results should not be taken as a formal diagnosis, only a medical professional can do that. But these tests are often a good start to getting help.

HOW TO TREAT MAJOR DEPRESSIVE DISORDER?

Major Depression is easy to diagnose and treatment options are reliable and successful. The World Health Organization has published an Intervention Guide for mental, neurological and substance abuse disorders outlining treatment options. The document is readily available online in multiple languages.

The best and most successful way of treating Major Depression is by using a combination of:

It is a proven fact that treatments for depression are highly effective and benefit patients enormously. Studies have shown patients start seeing and experiencing the benefits of treatment within four to six weeks. Despite this, a big majority of the population suffering from depression get no help. Either out of a personal choice because of the stigma attached to the idea of suffering from a mental condition or simply due to a lack of resources, trained providers and care in their country.

When left untreated, depression can lead to other serious complications such as:

HOW TO GET YOUR LIFE BACK WITH MAJOR DEPRESSION

Depression is something we rarely think about until it hits us close to home. We often forget it's an illness, which affects us all in one way or another. It hampers individuals from living fully and contributing to our society in a positive manner to the best of their abilities. In the end it's society that loses.

What's important to remember is that being diagnosed with major depression is not the end of the world and should not stigmatized. Depression can affect anyone at anytime and if/when it does people should be encouraged to get help. It is one of the easier mental illnesses to treat and with the right combination of medication and psychotherapy it is possible to get your life back.

The sooner you get treatment; the sooner life goes back to normal.

Even MDD with psychotic features is treated when help is sought early and quickly. Medications will need to be taken for a longer period of time to ensure the symptoms don't come back and you'll have to work closely with your doctor but you can get your life back!

If you or someone you know is experiencing any of the symptoms described in this article, you are strongly urged to speak to your family doctor or a mental health professional. Occasionally feeling sad and out of sorts is a normal part of our every day life, but if you're plagued by troubling feelings and emotions on a continuous basis, or being plagued by dark thoughts it's time to see a doctor. Getting treatment for depression has never been easier and is as simple as having an open conversation with someone.

If you are going through a major depressive episode right now and thinking of hurting yourself or having suicidal thoughts contact a crisis hotline or hospital right away, reach out to a loved friend or loved one or dial 911.

Remember you are not alone, and you have the ability to make things better with the right treatment. Support is available everywhere, all you have to do is ask for it.

Living Your Life While Dealing With Depression

Can A Depression Chat Room Be Helpful?
You Don’t Have To Face Depression Alone. Our Experienced Counselors Can Help.
Get Help & Support With Depression Today