What Research Says About Exercise And Depression

Exercise has often been suggested as a way to improve or manage depression. The idea is that exercise has both physical and psychological effects that lift and lighten the mood. You may wonder if this is really true. Scientists have wondered the same thing. They've conducted several studies to determine if there is any truth to the idea that exercise can reduce depression. 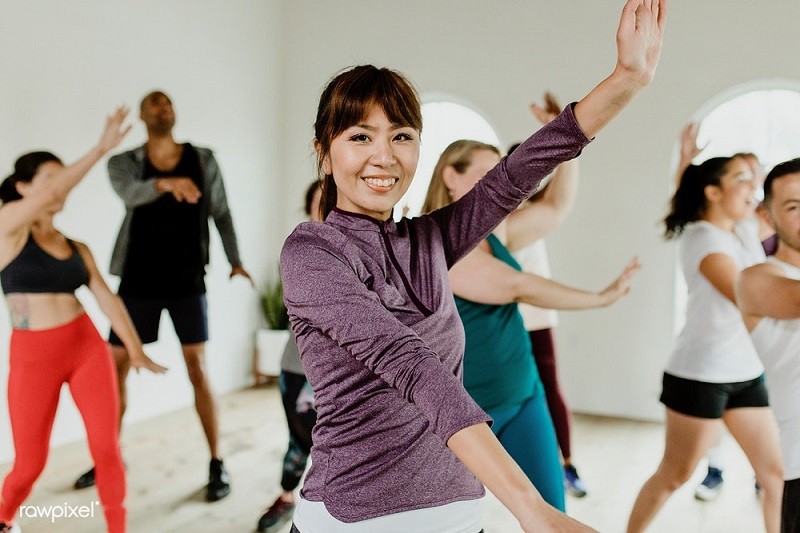 The primary goal in most exercise depression studies simply is to find out if exercise can relieve depression in any way. Some studies have taken on other questions, too, but simply knowing whether exercise helps at all is the most important question.

What Type Of Exercise Is Best?

Some studies have been done to find out what kinds of exercise decrease depression. Most of these studies studied or compared aerobic and nonaerobic exercise for depression.

Another study found that a weight-training program improved both sleep and other symptoms of depression. However, researchers noted that this might have been partly due to other factors, such as receiving increased outdoor light, exercising at the right time of day to improve circadian rhythms, the beginning fitness level of the subjects, and the heat in the environment.

A review of studies concluded that the exercises that were most effective in relieving depression had the following factors in common:

How Does Exercise Improve Mood?

Researchers have made several conclusions about how exercise might work to improve mood. First, it may have psychological effects that promote a more positive outlook. These include:

Effects on the body were also thought to improve mood. These effects included: 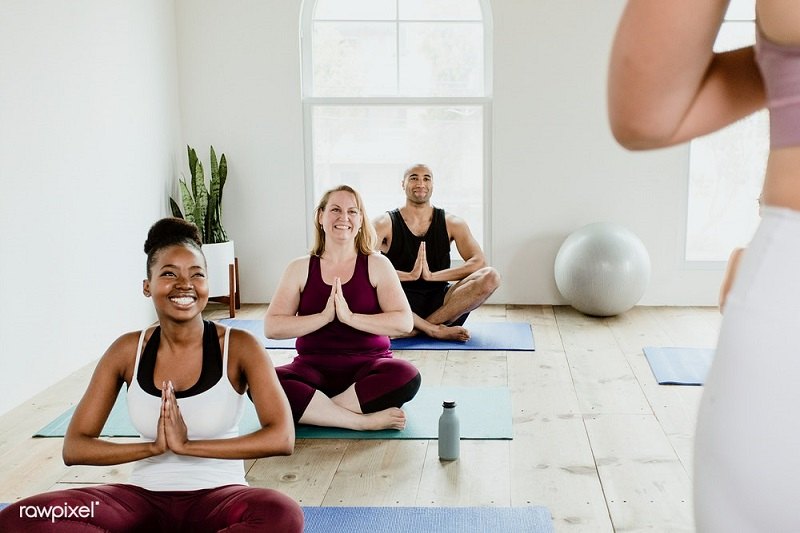 Is Exercise Better Than A Placebo?

One of the most difficult things about studying exercise and depression is that there is no way to determine whether exercise is better than a placebo accurately. After all, you may not be able to tell the difference between a real medication and a placebo medication, but you know when you're exercising.

However, most studies attempted to find out the answer to this question. Studies typically had some placebo program for the comparison group that did not exercise. In most cases, exercise did help more than these placebo treatments.

How Does Exercise Compare With Other Treatments?

Several studies have focused on comparisons between exercise and standard treatments for depression. Most compared exercise to talk therapies. These studies typically showed that exercise was about as effective as cognitive therapy.

Should Exercise Be Used Alone Or With Other Treatments?

At this point, the consensus among most researchers is that exercise should be used along with standard treatments. While exercise does seem to be helpful, it's unclear just how helpful it is. More research has been done on medications and talk therapy than exercise. So, it makes sense to add exercise as an additional treatment to the standard treatments, especially for people who have moderate to severe depression.

Are There Any Barriers To Treatment Of Depression Using Exercise?

Exercise may be very helpful for certain people. However, there are a few things that can limit the effectiveness of an exercise program for depression. For one thing, people who are depressed may find it hard to exercise because of the fatigue, lethargy, and sleep disturbances that happen during the depression.

Others may find it hard to commit to going to the program and may stop going. If that happens, they may have feelings of being a failure and so feel worse. For example, attendance in the aforementioned studies ranged from 50% to 100%. It won't help if you don't do it.

How Reliable Is The Research?

There was great variation between the many studies, but some meta-analyses have suggested that the researchers in the studies failed to provide a clear explanation for the differences.

Only one study out of many in the reviews followed the patients after the initial study was over, so it isn't known whether continued exercise is needed to keep depression from coming back. Again, the problems associated with designing experiments with controls and blinds hampered the research.

All reviewers and researchers suggested further research about exercise for depression. It isn't unusual for researchers to end their reports of any study with a suggestion for more research. However, in this case, even reviewers who looked at the larger body of work on the subject discussed the poor quality of research that has been done up to this point. 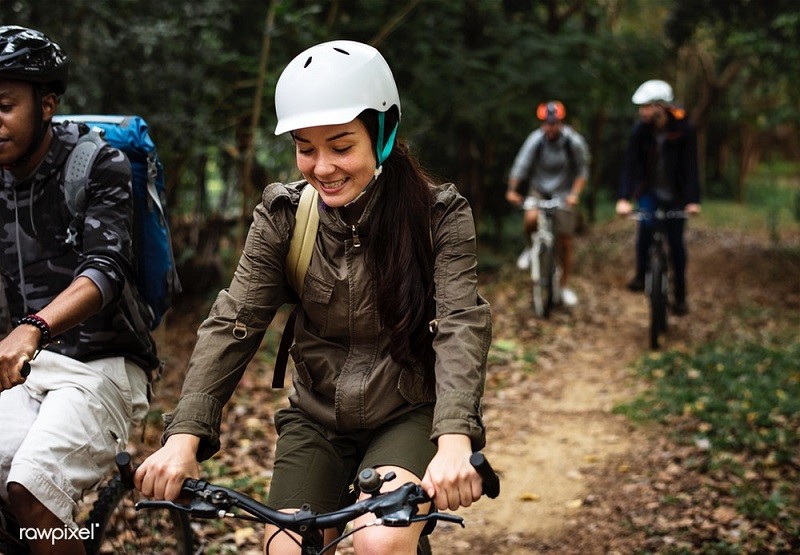 What Does The Research On Exercise And Depression Mean For Me?

Since the research seems unreliable or incomplete, the question is: how can it help you? Although it's unclear how much exercise helps, it seems evident from the research that it does help to some extent. If you're having mild symptoms of depression, exercise might provide you with enough of a boost to improve your mood.

Even if you have moderate or severe depression, exercise may help you. Choose an exercise program that you enjoy and can stick with and develop into a habit. If you miss an exercise session, it's important to understand that it doesn't mean you're a failure. Exercising outdoors can also be helpful.

What If Exercise Isn't Enough?

Exercise may be helpful, but if your depression is moderate to severe, you will probably need additional help. If you are having thoughts of death and suicide, it's crucial that you seek help immediately in your local community. (If you or a loved one are experiencing suicidal thoughts, reach out for help immediately. The National Suicide Prevention Lifeline can be reached at 1-800-273-8255, and is available 24/7.) If your depression is moderate to severe, you may need to seek help from a psychiatrist. A psychiatrist may be able to help you by prescribing antidepressant medications which are better proven than exercise.

Talk therapy is also a proven way to improve symptoms of depression. A therapist can teach you techniques and coping skills for dealing with depression, stress, and anxiety. They can teach you relaxation techniques and help you determine what lifestyle changes will be beneficial for your mood. They can help you examine the thoughts behind your feelings of depression, evaluate them, and change them if you choose to do so. They can also support you in your commitment to exercise regularly. 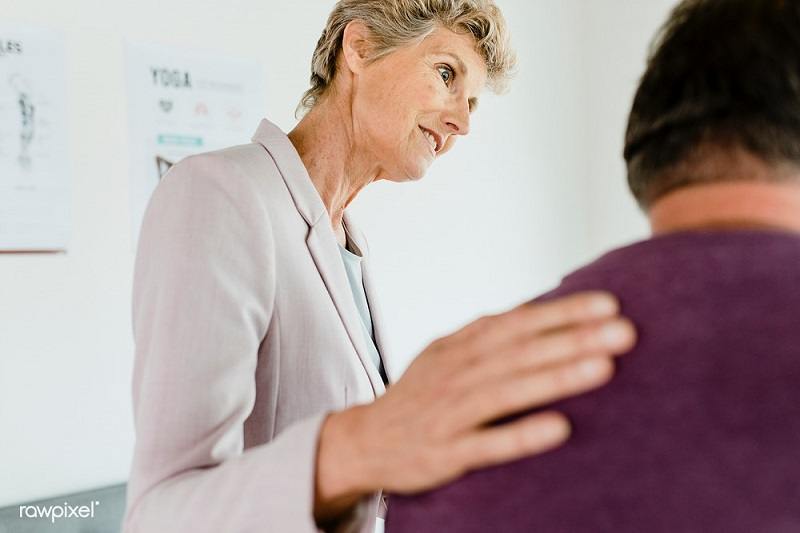 You can talk to a licensed counselor at BetterHelp.com for help with depression and the problems it brings. Online therapy through BetterHelp is private, affordable, and convenient. You are paired with a counselor suited to meet your needs.

Depression can not only make you feel bad, it can also disrupt your relationships, your work life, and your social interactions. There is hope, even if you don't feel it right now. As you improve your mood through therapy, exercise, and medications, you can overcome your depression and go on to live a more fulfilling life.

Is exercise as effective as antidepressants?
Exercise for stress has been shown to alleviate symptoms of mental illness such as depression, substance use disorder, or anxiety. It improves mental health by releasing feel-good endorphins in the brain. These endorphins act as analgesics, and actually reduce pain, without any risk of substance abuse. Endorphins produced during exercise help create a positive and energetic outlook on life. Exercise is also a good distraction from negative thoughts and feelings. It is not only beneficial for mental health, but it can improve symptoms from other health problems, such as diabetes, heart disease, or high blood pressure. One anxiety exercise is a brisk walk. Support groups for mental illness are also available. Care providers of people experiencing depression should encourage regular exercise.

Does exercise help anxiety and depression?
Being physically active may alleviate mental health symptoms of anxiety and depression by releasing endorphins in the brain. Endorphins reduce pain, and create a positive and energetic outlook on life. Research shows that exercise is an evidence-based treatment for people with depression, anxiety, and other mental illness. Mental health benefits of exercise include an improved mood, increased pleasure in life, and fewer negative thoughts. Plus, exercise provides relief from physical health problems, such as high blood pressure.

Why is exercise an effective method of reducing depression?
Regular exercise has been shown to have mental health benefits for people experiencing mental illness such as depression and anxiety. According to The Mayo Clinic, doing something positive like exercise can give you healthy coping skills. As discussed above, exercise stimulates the release of endorphins, the feel-good chemicals in the brain. These chemicals help relieve mental health symptoms such as pain, stress, and anxiety. Physical activity also releases other mood elevating chemicals, such as serotonin, dopamine, and norepinephrine. The effects of exercise include balanced stress hormones, which can relieve mental illness. Other treatments for depression can lead to side effects, but exercise is generally safe and free of side effects. According to the CDC, 4.7% of adults in the United States experience feelings of depression. Talk to your health professional for more health information before beginning any exercise program.

How does exercise affect your mental health?
Exercise stimulates the release of mood elevating chemicals in the brain. The release of endorphins, serotonin, dopamine, and norepinephrine may help relieve pain and stress. Symptoms from mental illnesses, such as depression, anxiety, and substance abuse, can be alleviated with regular exercise. One anxiety exercise is a brisk walk. Research shows that people experiencing mental health issues such as depression have a higher risk of substance abuse, obesity, and poor nutrition. Being physically active may help with weight loss, poor sleep, substance abuse, and other health issues, while regulating appetite and sleep cycles. A mentally healthy population improves public health. Talk to your healthcare professional for more information before beginning any exercise program for mental health.

What type of exercise is best for anxiety?
Aerobic workouts have been shown to be the best form of exercise to boost feel-good brain chemicals to ease anxiety or other mental illness. Regular exercise elevates the heart rate, which improves circulation in the brain and balances brain chemistry, which is why a brisk walk is such an effective exercise. Other treatments for depression or mental illness can lead to side effects, but exercise is generally safe and free of side effects. Speak with your healthcare professional before beginning any exercise program for mental health.

How long does it take for exercise to improve mood?
According to one study, endorphins are released after only 10 minutes of exercise. Endorphins are the feel-good chemicals in the brain that have been shown to elevate mood and alleviate symptoms of depression, anxiety, substance abuse, or other mental illness. It’s important to talk to your health care professional before beginning any exercise program for mental health.

Previous Article
What Is Atypical Depression?
Next Article
Depression Support Groups: A Valuable Resource
You Don’t Have To Face Depression Alone. Our Experienced Counselors Can Help.
Get Help & Support With Depression Today
The information on this page is not intended to be a substitution for diagnosis, treatment, or informed professional advice. You should not take any action or avoid taking any action without consulting with a qualified mental health professional. For more information, please read our terms of use.