Do you have a "type"? Are you eager to be around people who remind you of your parents? Or do you find Macs confusing because you started on a PC? While these preferences and impulses may not initially appear to have anything in common, they all have one distinct and important thing in common: imprinting.

In psychology, imprinting is defined as "a remarkable phenomenon … [in which a] newborn creature bonds to the type of animals it meets at birth." It can profoundly impact how babies are raised, both in humans and in other animals. While it may immediately bring up images of ducklings running after the human they first saw upon hatching, the phenomenon can extend to many other areas of life.
Imprinting isn't necessarily good or bad, and we all experience it to some extent; however, it has a stronger effect on some people. Again, this isn't necessarily bad, but it can impact how you think, feel, and behave. As a result, understanding how it affects you can help you lead a happy and healthy life. It could also help you sort through some unhealthy behaviors or areas in which you feel stuck.

Imprinting is important for raising the young, as it encourages them to follow their parents. This is referred to as "filial imprinting." For example, in the wild, animals learn to hunt while watching their parents hunt. In humans, babies learn to speak by mimicking their parents' speech. Many birds "sing" by imitating those around them. All of these behaviors, in turn, allow animals to become in touch with their instincts as an intrinsic form of learning. This form of learning establishes and reinforces the norms and expectations set for them by the members of their species and the environment in which they are raised.
Imprinting is also often used as a protective measure in the wild. Siamang gibbons make song-like calls to caution when predators are near, a form of imprinting learned from other gibbons around them. For many animals, it is not just sound that can be emulated, but vision and smell as well, especially under stress when protection is usually most needed.
One's true parents are not necessary for learning. When birds are orphaned, they can learn to fly by imprinting on microlight aircraft, which can guide them in the necessary migration patterns. Of course, the aircraft is not their parent or even a living being, but the same natural tendency to follow occurs. Sometimes animals can even come to believe they are a different species. For example, a cat might influence a dog if its mother has died, or a duck might influence a human who has raised them.

An integral characteristic of imprinting is that it occurs at a specific point in someone's life, usually beginning the moment they are born. This period varies between species, ranging from within a day or so after birth to almost the first few years of their life. Once someone leaves this time frame, they will no longer be able to imprint. 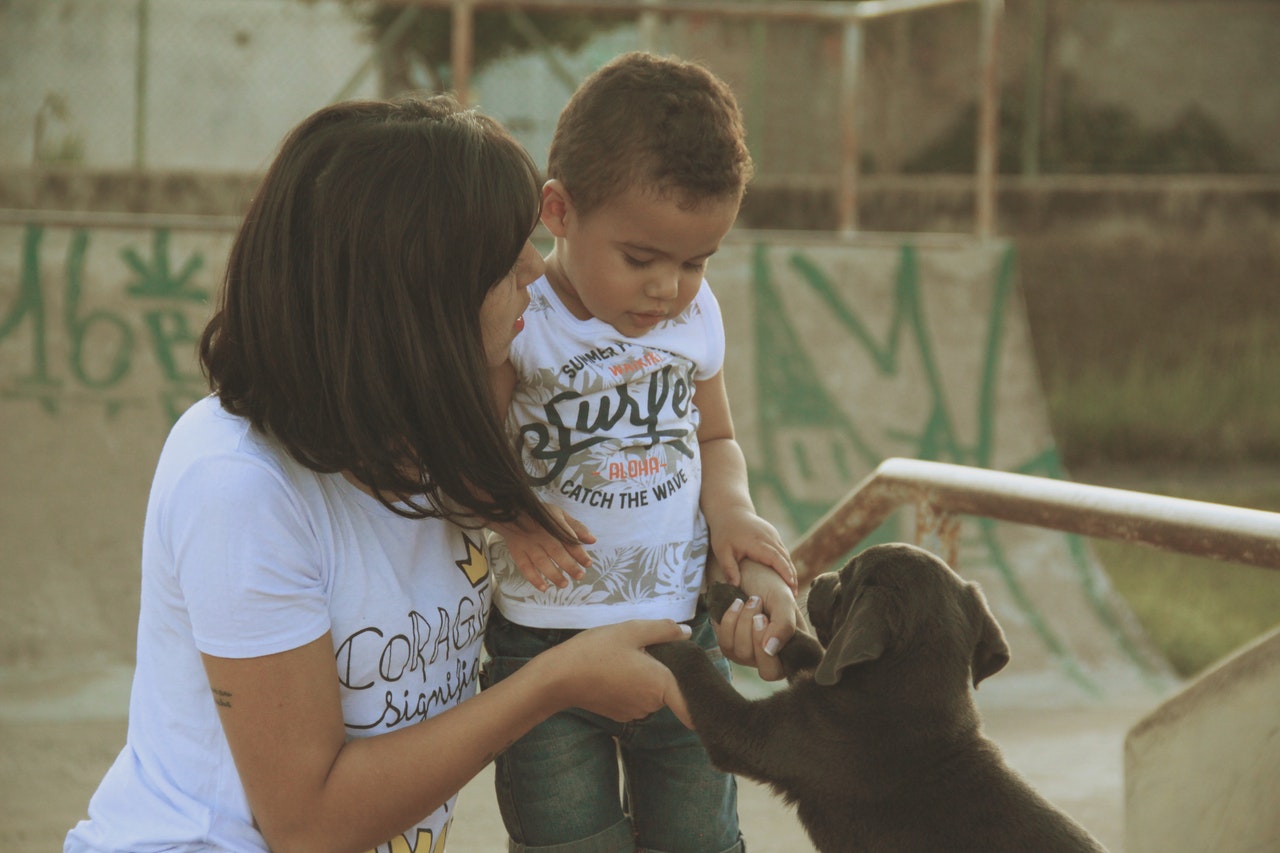 What Does My Imprinting Say About Me?
Ask A Board-Certified Psychology Expert Now.

Learning can still occur, but it won't have the same ease and sense of "instinct". For example, humans can learn different languages as they get older, but none will come as easily as those they learned in their most formative period. It is also considered to be irreversible, or unforgettable, unlike things that are learned later. Critical periods in humans can occur at various points in one's life for different learned behaviors. While language comes before the age of five, the critical period for certain social skills is around the age of puberty.

Baby ducks and geese imprint on the first moving animal or thing they see, typically within the critical period of the first 36 hours of their lives, basically following them for the rest of their adolescence. So, a duckling may learn from its mother, or it may learn from one of its brothers or sisters, which is why ducks walk in line, as they are all leading one another. In certain circumstances, pairs of shoes of a human that were present at the time of the duckling's birth can even be imprinted on, and the duckling will then attempt to follow the shoes. The imprinted object becomes a source of great comfort—essentially, the imprinted person or item becomes what the duckling trusts enough to follow.
Given this, psychologists have coined the term "baby duck syndrome" to describe when humans imprint on inanimate objects and deem them the best of their kind. This is regardless of anything better being available because it was the first thing they encountered. This is often applied to computer systems, notably Mac versus PC. Whichever operating system is learned first is most likely the one that the user will consider superior and is more likely to return to it in the future. 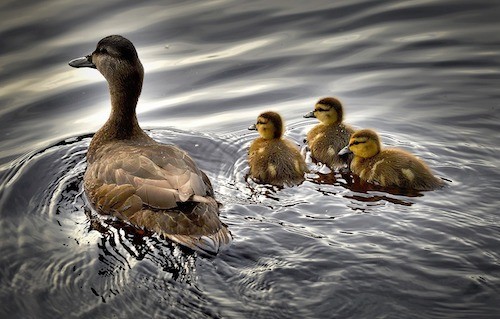 How The Brain Changes

There appears to be a chemical component to imprinting. Scientists have been able to find that the intermediate and medial parts of the hyperstriatum ventral (the IMHV) are involved, taking place on both sides of the brain. Researchers believe this is where information regarding imprinting is stored.
In birds and reptiles, there is a part of the brain called the dorsal ventricular ridge, or DVR, which is where they may store this information. The theory was tested by removing these parts of the brain in chicks and finding that as a result, they were no longer able to imprint.

For some, the term was made especially popular by the Twilight series or the television show My Strange Addiction. However, in psychology, sexual imprinting is its own distinct process.
When an animal or human is raised, they tend to consider certain attributes of those who raised them important, making these same attributes attractive qualities in a mate. To test this theory, an experiment was set up where Zebra finches had their beaks painted with colored nail polish. When mating, their offspring would then seek those with a beak of a similar shade.
This can sometimes result in certain animals being attracted to humans or other animals if they raised them instead of their species. For example, a giant panda in the London Zoo was raised by zookeepers and would present herself sexually to them, but when she was brought to mate with a male, she refused.
In humans, this may result in having a "type." Often, people desire the characteristics of a parent. For example, studies have shown that when daughters have fathers that are particularly older, they are more likely to seek an older man. When sons come from parents of different races, they are more likely to seek a partner of the same race as their mother. However, sometimes people will actively seek those who look and act nothing like their parents. This inadvertently creates a type in itself. Namely, people who are different from those they grew up with. This can also occur with inanimate objects if it originates during the crucial stage. One of the most common cases is when people fetishize high heels.

We may subconsciously covet certain features of our closest family members in a potential mate. But, to protect from inbreeding, people who are raised together are not normally found to be sexually attracted to one another. This is often referred to as the Westermarck effect. Yet, if siblings had been separated during this crucial time and met later in life, they might find one another particularly appealing.
Sigmund Freud disagreed with the Westermarck effect, believing that family members are naturally sexually attracted to each other, which is why society has to impose taboos to avoid inbreeding. Steven Pinker suggests that Freud was mistakenly projecting his unique, personal-psychological disposition onto society as a whole rather than viewing psychological insight from a large-scale perspective.

Imprinting isn't usually dangerous or harmful, though it can sometimes be awkward. If you believe it is behind a quality you don't like about yourself, talking to an in-person or online therapist can give you understanding and emotional support. Under the guidance of a therapist, you will also develop strategies to promote positive change.
Convenient and affordable professional therapists and counselors are available online through BetterHelp. Online therapy can seem strange to people who are used to more traditional in-person therapy, but clients report immensely positive experiences. Consider the following reviews of BetterHelp counselors.

"In one session Douglas has helped me realize and find a way to break a pattern that I've been having for the last few weeks and probably lifelong. This is going to help me improve my relationships and my life will be more fulfilling. I'm glad I got to talk to Douglas, I can sense he is a great professional."

What Does My Imprinting Say About Me?
Ask A Board-Certified Psychology Expert Now.
"Lee Blouin is there for me and I truly feel confident with his ability to help me understand my concerns. He has already given me helpful advice and ways to practice coping with the issues in my life. I believe that Lee really listens and has a desire to help. I find it very helpful every time we converse about anything that I am struggling with and I look forward to continuing working with him."

Imprinting isn't a well-known psychological concept, so just discovering it can be enough to change your outlook. Otherwise, further tools to learn about your own behaviors and how to make them healthier are available. It is nothing to be ashamed of. Instead, it is an associative learning experience that all humans and animals experience at some point in their lives. If you feel that it is at the root of pain, frustration, or declining mental health, do not hesitate to reach out for help today.

Previous Article
What Is A Thought Process Disorder?
Next Article
Plushophilia May Not Be As Uncommon As You Think
For Additional Help & Support With Your Concerns
Speak with a Licensed Therapist Today
The information on this page is not intended to be a substitution for diagnosis, treatment, or informed professional advice. You should not take any action or avoid taking any action without consulting with a qualified mental health professional. For more information, please read our terms of use.