Advice Home > Medication > What Is The Difference Between An SSRI And An SNRI?

What Is The Difference Between An SSRI And An SNRI?

Understanding your medications and their intended use can go a long way in helping you and your healthcare provider determine their effectiveness. Various conditions can be treated with different medications and in this article, you'll learn what SSRI and SNRI prescription drugs are and what makes them unique, as well as how they can be used to help you. 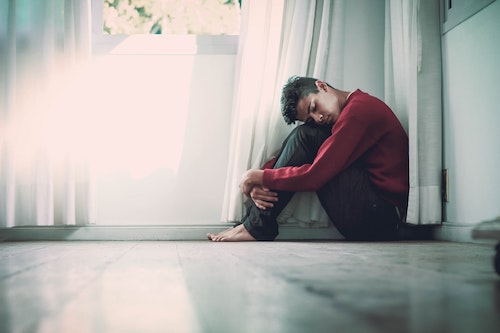 Confused About The Differences Between An SSRI And SNRI?
Talk To A Professional. Schedule An Appointment With A Board-Certified Therapist Online Now.
Source: unsplash.com

Although they're both labeled as antidepressants, they can each be used to treat numerous mental health disorders like depression, anxiety, and OCD. And throughout this article, you'll read about the mechanisms in which they work.

Serotonin is a chemical that transmits messages between nerve cells. It can also be found in the digestive system in small amounts. Serotonin is derived from tryptophan, an amino acid found in your diet. If your diet is low in tryptophan, it can lead to serotonin deficiency, which can cause a depressed mood or anxiety.

The normal range for serotonin is 101-283ng/ml in the blood. A study conducted on mice that had fewer serotonin auto-receptors in their brains showed that when the level of serotonin was above the normal range the mice were more likely to be less anxious and depressed.

Serotonin levels can be boosted in several different ways, either by increasing the amount available or by decreasing the amount lost through reuptake. The most common choice to improve serotonin levels is by the use of a Selective Serotonin Reuptake Inhibitor, commonly referred to as an SSRI. An SSRI works by increasing the level of serotonin available in the bloodstream by blocking the receptors that reabsorb it. Prozac and Zoloft are the most commonly prescribed SSRIs. Be advised to speak with your doctor if you are considering taking other medications in conjunction with SSRI. SSRIs have been the first medication recommended by doctors for the treatment of depression since their development in the early 80s.

SSRIs can cause serotonin levels to rise too high in the body, and while it would seem that this might just put you in a great mood, serotonin syndrome isn't as pleasant as one might think. If your serotonin levels get too high, you may notice symptoms like shivering, diarrhea, confusion, and headaches, twitches, heart palpitations, seizures, high blood pressure, and muscle spasms, to name a few. Serotonin syndrome is not usually detected by a simple blood test. If you experienced any of these symptoms and happened to be put on a new SSRI or had your current SSRI dosage increased, consider speaking with your doctor. If left untreated, serotonin syndrome can be fatal. 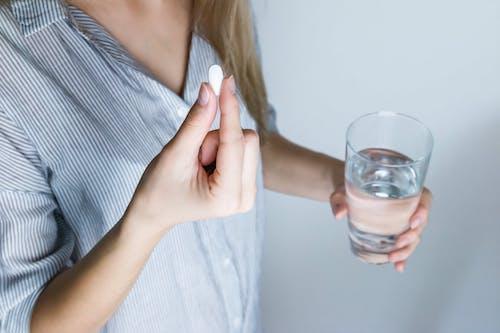 SNRIs work slightly differently than SSRIs. Though both increase the amount of serotonin available in the bloodstream, SNRIs also work with another neurotransmitter known as norepinephrine. While SSRIs only block the reuptake of serotonin, SNRIs can also be used for pain relief and are more effective for different types of depression. SNRIs are less likely to create rapid mood cycling in patients with bipolar disorder and are more often prescribed for short-term use because of the risk of triggering a manic episode.

They are used not only to treat depression, anxiety, and other mental health disorders, but also fibromyalgia and nerve pain due to their effect on norepinephrine levels, which is a naturally created painkiller. SNRIs were created in the 90s and are newer than SSRIs, although they are more available. They should not be taken with SSRIs because of the risk of serotonin syndrome. The most commonly prescribed SNRIs are Cymbalta, Effexor, and Pristiq.

Just like SSRIs, SNRIs can cause serotonin syndrome by raising serotonin levels to dangerous "highs." Some of the more common symptoms like anxiety, sweating, and restlessness are more likely with SNRIs. SNRIs may cause liver problems if used long-term. With both SSRIs and SNRIs, there are risks of suicidal thoughts and behaviors when given to children and teens.

Both types of medication have serious withdrawal symptoms, so it's important to consult with the doctor before making any changes. Withdrawal signs include anxiety, upset stomach and diarrhea, tiredness, and muscle aches. Alcohol can worsen withdrawal symptoms and increase the risk of serotonin syndrome. Neither can be prescribed to pregnant and nursing women.

What Are SSRIs And SNRIs For?

Serotonin is responsible for a variety of different functions within the body, and when treating depression, an antidepressant like an SSRI or SNRI is the primary choice of physicians. While these medications are most often prescribed for depression, they may have other uses too. 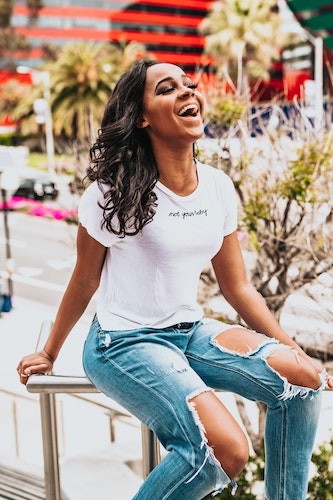 Confused About The Differences Between An SSRI And SNRI?
Talk To A Professional. Schedule An Appointment With A Board-Certified Therapist Online Now.
Source: unsplash.com

SSRIs purely work on serotonin levels, which is why they are only used for depression and anxiety since these are mood-related. Serotonin has other effects within the body, but these are usually secondary symptoms from one of these problems. For example, an upset stomach is common with people who suffer from anxiety and may go away once it has been medicated.

SNRIs also affect norepinephrine. This is one of the chemicals used in the body to deal with pain. It affects the adrenal and nervous system and is also used as a beta-blocker. Norepinephrine increases the heart rate and blood pressure, so it can also be used to treat low blood pressure. There has also been evidence that it works to treat migraine and other cardiovascular problems, but it's rarely prescribed for them. Norepinephrine helps relieve nerve pain like sciatica.

According to a study done in 2008 (based on another in 1986), SSRIs are less effective than tricyclics, an entirely different class of depression medication that happens to be an SNRI as well. Specifically, Venlafaxine showed improved results compared to all other SSRI medications given to patients experiencing severe depression. SNRIs are generally slightly more expensive than SSRIs. However, this will often vary between insurance policies.

Many doctors combine antidepressants because many forms of depression are treatment-resistant. One of the largest issues with both SSRIs and SNRI medications is that while they are considered to be 70% effective, their effectiveness goes down over time, to around 10-15% effective. This is another reason that doctors often switch medications after a period of time.

The additional effect on norepinephrine levels means that SNRIs improve energy levels (something many depressed people struggle with) in addition to one's overall mood. While in theory, SNRIs sound better, in practice, because treating depression is about balancing a variety of chemicals in the brain, they may not be effective for YOUR needs. Doctors often switch medications and adjust doses until they find the best fit, at a given time.

Which Is Best For Me?

SSRIs and SNRIs can only be prescribed and adjusted by a doctor. While educating yourself on the medication is important, make sure to consult with your doctor or pharmacist if you have additional questions. 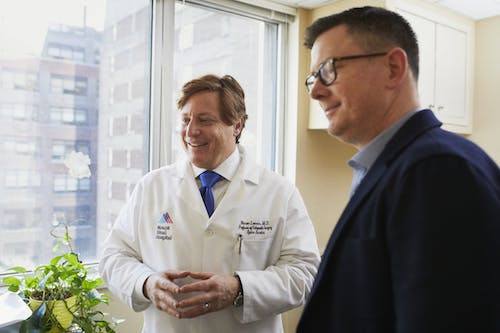 If you've decided to give SSRIs or SNRI medications a try, but you don't have a health care provider, you may want to speak with a doctor to get yourself started. Sites like BetterHelp allow you to browse practitioners in your area to see who is best suited to help you. In addition to being able to help you find a medical doctor who can prescribe you the medication that you need, BetterHelp also provides online counseling and therapy services to those struggling with mental health issues.

While conditions like depression and anxiety disorders are linked to neurotransmitters like serotonin, norepinephrine, and dopamine and medication can bring about improvements biologically, therapy can be helpful in ways that you can't get from prescription drugs, such as giving you coping skills.

Because of this, counseling and therapy are frequently used alongside medication to treat many mental health concerns. With this strategy, you'll be addressing the issue from two different angles that compliment each other well. Below you can read some reviews to see how BetterHelp has helped empower people to overcome their problems.

"I love working with Nancy! She's been very empowering, very compassionate and very understanding. Whenever I text or even video call, I know she'll be there for me and that she'll provide me with an insight that will help me find my way. I've been really appreciative of this counseling services and I am so very glad I made the decision to do counseling. It's an investment in ones health. I've been on psychotic meds for a whole decade and while medications numb the pain, they do not resolve it. Counseling does! I am definitely continuing to work with Nancy. :)"

"I have not been working with Andrea for long but I have found her to be compassionate and adaptable. I would recommend her to people who need help processing complex trauma and have found other talk therapy approaches unhelpful. She understands that while I practice and find merit in CBT type thought therapy, doing thought exercises while in the middle of a PTSD episode is unlikely to be possible. A person having flashbacks during an acute crisis is unlikely to be capable of doing thought exercises. Andrea seems to naturally understand something important that most medical professionals, in my extensive experience as both a worker and a patient, seem to miss these days: telling a person who is literally dying slowly and painfully that they should be able to meditate away that pain and carry on as normal without any medication or outside emotional support , is ridiculous. Andrea has been a breath of fresh air in that regard. She helped me realize that if a doctor or therapist isn't able to empathize and they are approaching my problems cynically and with indiscriminate doubt, they cannot help me. Andrea is the first person in a long time that inspired me to hope they can help and trust that they will at the very least try."

Fancy acronyms like SSRI and SNRI may be tedious to distinguish at first, but with this article, you should now be able to tell the difference between them. Hopefully, with this new information, you can discuss with your doctor which option is right for you, as well as consider additional methods such as therapy. Both are effective tools and can help give you the relief that you need and the skills to succeed.

Can Taking An SSRI For Anxiety Help?
For Additional Help & Support With Your Concerns
Speak with a Licensed Counselor Today

Can Taking An SSRI For Anxiety Help?