What Is Slave Morality? 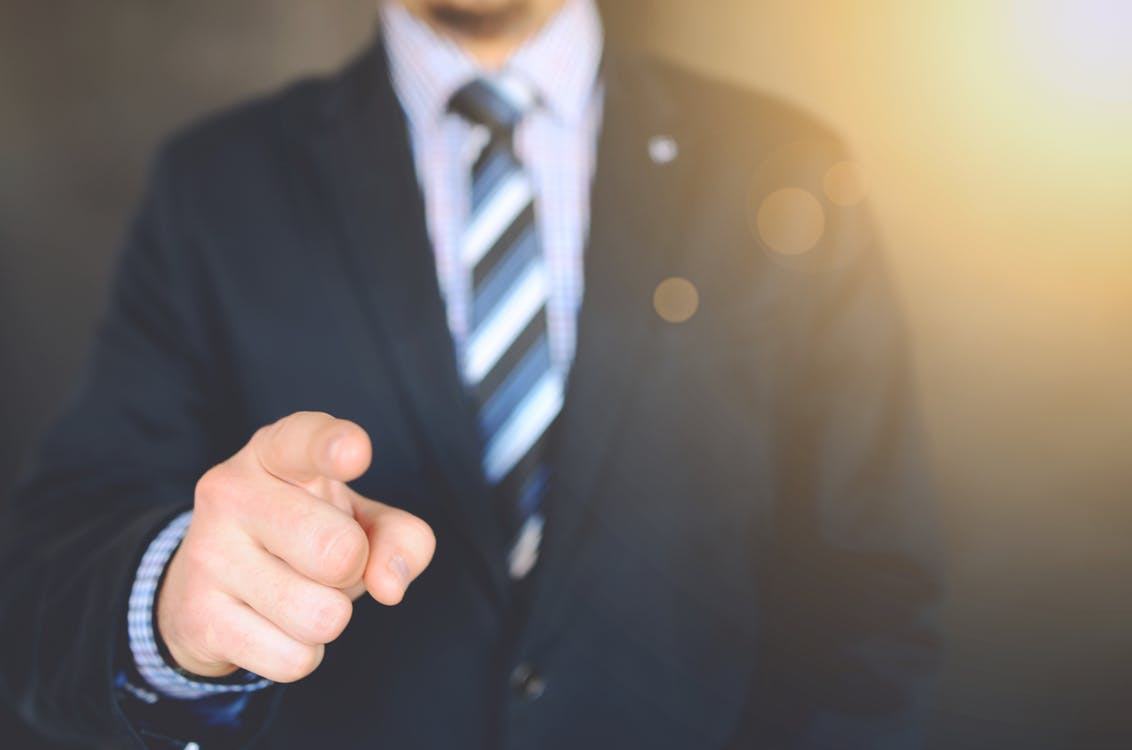 Empathy & Kindness Are Practiced In Slave Morality - Learn More Here
Click Here To Get Matched With A Licensed Counselor Today
This website is owned and operated by BetterHelp, who receives all fees associated with the platform.

Psychology and philosophy are inextricably intertwined. In fact, German philosopher Friedrich Nietzsche considered himself a "psychologist without equal," and it is possible to overlap his philosophical concepts with psychological ones. In many ways becoming more moral—an aspect of philosophy we are discussing today—is part of what psychological development is all about. One moral philosophy put forward by Nietzsche was that of slave morality, the counterpart to master morality. We will delve into what these forms of morality entail.

Note: Using the term “slavery” to describe everyday scenarios is inappropriate. However, for the purposes of this article describing Nietzsche’s work, we will use his terminology. With that said, Nietzsche was and remains a very controversial figure.

What Is Master-Slave Morality?

Nietzsche argues that there are two different types of morality: master morality and slave morality. Nietzsche believed master and slave morality appear universally in human society and that no matter where you are, there is a clash between masters and slaves. Each title represents a portion of society, and is not a literal term.

For Nietzsche, culture and morality are heavily intertwined, coming from the same place. The laws, traits, and even languages we use can be informed back and forth with our moral mindset; and our institutions are in a constant battle between master and slave moral structures. Both the master and slave moral structures are incredibly different and often lead to diametrically opposed goals and outcomes. We will explore these differences in greater detail shortly.

One of the keys to understanding these mindsets, or roles, is to understand them not in the context of good versus evil, but in the context of survival versus extinction. Survival is bestowed upon the creature that earns it and takes it for themselves, and is an imperative of biological life. Becoming powerful at the expense of others meant that you could protect yourself and your family better, feed them better, etc. Weakness meant death and eventual extinction. These realities heavily formed our development of moral structures in the view of Nietzsche.

You cannot understand slave morality without first getting an understanding of master morality. According to Nietzsche, those with more ambition and a stronger will have master morality. Usefulness and effectiveness are a moral "good" to them, and uselessness is "bad." Master morality emphasizes pride and power and says that intentions are not nearly as relevant as the consequences of your actions.

In this mindset, there is no actual "good" or "evil," as a priest may argue, rather there is only the strong and noble versus the weak and timid. Many of the common morals we espouse today are opposed to master morality, and Nietzsche touches on that in his critique of modern society.

Nietzsche also describes those with master morality as being more open-minded and ready to have their minds changed by new information, as only effectiveness matters. One with master morality decides for themselves, based on their own perceptions of whether it is a benefit to them, i.e. what is "good" or not. A person with master morality tends more toward power and thus often influences the morality of others. Leaders of our world tend to be master moralists, and their word carries great weight. 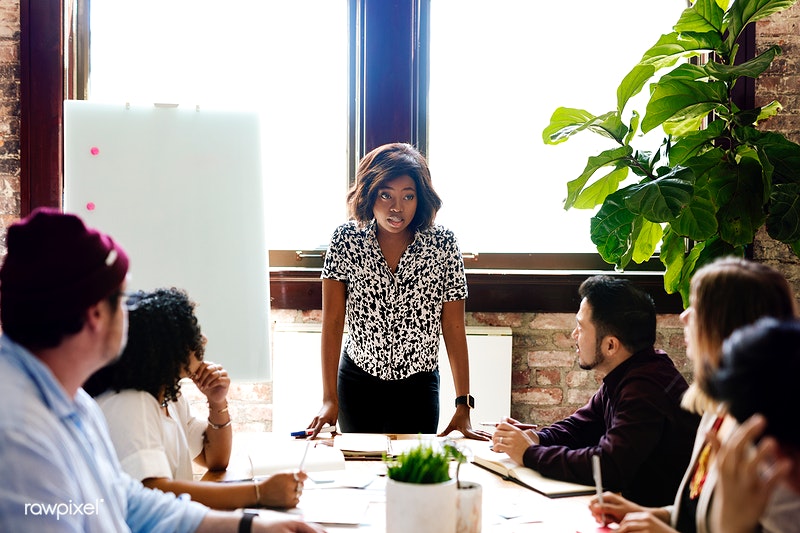 Qualities one with master morality may possess include:

In many ways, there is a strong emphasis on differing the noble and the common class in this thought process.

Slave morality tends to emphasize a devaluing of what the master has because the slave does not possess it. Slave morality can be a response to oppression, so any oppression to them is seen as equivalent and will be vilified. According to Nietzsche, the slave moralist tends to be more weak-willed and cynical when compared to the master moralist.

A slave moralist may believe that all power is bad because the master moralist has power. Often these beliefs are held without room for any nuance or argument. Theoretically, the end goal is not to become a master but to put the master into an equal slave position.

According to Nietzsche, many of the classical Christian principles are part of, or stem from, slave morality. The Judeo-Christian beliefs put forward the ideas of charity and humility; this is similar to the "dogmatic principles" of slave moralists. 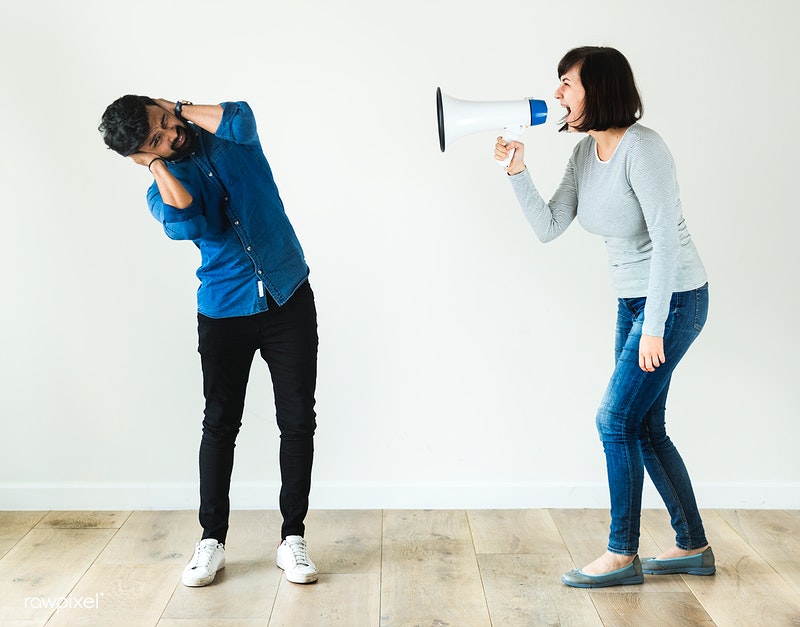 Society And Master Vs. Slave Morality

While there is a debate on whether Nietzsche thought one should live by slave or master morality, there is no doubt that he believed one better benefited the individual while the other better benefit the community, in a way.

Nietzsche thought of the ancient Romans and Greeks as master morality societies that were eventually defeated by the slave morality of Judeo-Christian values. In the Greek legends, the heroes faced their foes with spears, while Jesus preached turning the other cheek. Power, or an effect, was achieved now by being subversive rather than with physical force.

These became caricatures for his examples. The masters (Romans) and the slaves (Judeans) came to represent the strong and weak, strength and subversion. He saw democracy as an outcropping of slave morality that emphasized man's inherent weaknesses. The idea of the slave rising up seems like an inherently good thing, but in morality, Nietzsche saw instead that men wanted to pull the power to their level so that no one could be strong.

Nietzsche did not necessarily oppose slave morality—he simply saw it as a more imminent danger to societies at that time. Nietzsche thought both structures needed rebalancing and recalibration in society, but that some form of conflict between the two is inevitable with man.

A note on the study of Morality:

The study of morality is the study of systems that inform us whether an action can be described as either right or wrong. This can also be thought of as the study of differentiating between good and bad. The effort to discover these truths dates as far back as human history and is an integral part of the majority of religions and cultural practices we have inherited today. Just as humans have been divided on this question throughout history, today there are many different theories of morality that all present their view on how humans can best live amongst one another.

Nietzsche was quite a controversial figure, and many have disagreements with his opinion on how the world works. Either way, the idea of master versus slave morality should be studied, along with the various other types of morality that are believed to make up the human spirit. They may have elements of truth (or falsehoods) to all of them, so they're worth studying in our endeavors to better society.

You should never stop with only one opinion on how society and the world works. The study and examination of morality is an endless task, but it has great potential for enhancing how we live our lives and affect the lives of others. Our moral structures inform how we view the world and ourselves, and we can shift these views with a new variation of our moral structures. The following are three places you can begin to learn more about morality and applying it to your life:

If you don't want to pay for a college degree and spend years in a classroom, there are a few options available to you to pursue this knowledge. One is to simply to hit the libraries and start reading. Another is to do that via the internet. There are a lot of professional-level resources out there to help you get better informed. Stanford, for example, has a large helping of this information online. 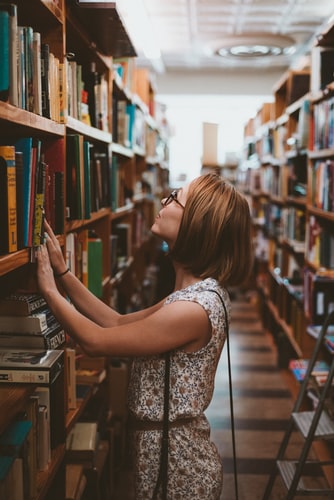 You can sign up for an accredited online college and take a full course if you wish. If you wish simply to learn the information in a less structured or pressured environment, there are also self-study online courses.

3. Stay Up To Date On The Research

Even if you have already built an informed moral structure that is the framework for your good psychological health, there is always new information being gleaned that is worth knowing. Modern research is constantly digging deeper down to the root of what makes us tick.

Making sense of the world and your role in it, no matter how much you read, requires discussion. Sometimes this is to simply get your thoughts in order, other times it may help you realize a blind spot you have in your thinking. Any strict structure that may inform your actions should be tested against the thoughts of another.

Research shows that online therapy platforms can be valuable tools for helping manage complicated emotions that may arise from mental health issues. In a comprehensive review of the efficacy of online therapy, researchers found that online cognitive-behavioral therapy (CBT) was a useful form of treatment for issues ranging from panic disorders to smoking cessation. The study concluded that online counseling was at least as effective as face-to-face therapy, and particularly effective in treating the effects of anxiety and stress. Online therapy helps counselors provide mental health care by allowing participants to access not only counseling services, but also helpful educational resources that can aid in reinforcing important ideas and topics between sessions.

As mentioned above, online therapy can help you work through moral or ethical dilemmas on the road to better mental health. A variety of mediums can be used to communicate with your BetterHelp counselor: messaging, live chat, video sessions, and phone sessions are all available from the comfort of your home. Very often this versatility in communication allows you even greater access to a therapist than if you were required to go to an office before you could meet. Below are some reviews of BetterHelp counselors, from people experiencing a range of issues related to personal morality and perceptions.

"Jamie is amazing. She is understanding and able to counsel me through her Christian morals and values. I'm so glad she's my counselor!"

"I love therapy but have lost some of my faith in it as I've learned more about the ways that the more harmful aspects of our culture operates through it, often invisibly. And with how typical therapeutic approaches are not trauma-informed and fail to account for the full picture of what contributes to the stressors that bring us to therapy - the very real social, political, and environmental factors that go beyond our "mindset" or individual psychology. Working with Dr. Kutner is a breath of fresh air and genuinely helpful, as she comes from a feminist approach and looks at the whole picture. I would highly recommend her!"

Seek Help, Be the Help

In the end, your morality is your own. By finding a path that helps you to better your own life you can begin to better the lives of others around you. The battle against ignorance is the first step to leading a healthier and better-informed lifestyle, and hopefully, one that is congruent with your personal beliefs. Talk to a counselor today and see how you can improve your view on morality.

Does Virtual Morality Have An Effect On Us? What Can The Wheel Of Morality Tell Us? What Can Blue And Orange Morality Tell Us How Does Heteronomous Morality Differ From Autonomous Morality? Morality Quotes to Help Us Better Understand Ourselves What Can We Learn From Peter Singer’s Famine, Affluence, And Morality?
The information on this page is not intended to be a substitution for diagnosis, treatment, or informed professional advice. You should not take any action or avoid taking any action without consulting with a qualified mental health professional. For more information, please read our terms of use.
Your session is about to expire!