How To Treat Panic Attacks And Manage Them

Content Warning: Please be advised, the below article discusses prescription medication. The information found in the article is not a substitute for professional medical advice. Always seek the advice of your physician or other qualified health providers with any questions you may have.

In 2004, viewers of ABC News learned firsthand what a panic attack looks like. Anchor Dan Harris was reporting the headlines when he experienced a panic attack so severe broadcasting had to be cut short.

For many, panic attacks are still shrouded in mystery. For some, like Dan Harris, recurring panic attacks are an extremely uncomfortable and sometimes debilitating symptom of an underlying mental disorder. Since the onset of an attack is often unexpected, getting treatment and learning how to manage anxiety and/or panic to limit panic attacks can be very helpful. What Is a Panic Attack?

Colloquially a panic attack is the same as an anxiety attack. Yet, clinically speaking, there is no such thing as an anxiety attack, and the term is not used in the Diagnostic and Statistical Manual of Mental Disorders, Fifth Edition (DSM-V). Anxiety disorder is the umbrella term for a group of mental disorders involving symptoms of anxiety, under which panic disorder falls. Panic attacks are a symptom of a panic disorder.

A panic attack has symptoms of severe anxiety, but with added attributes. Symptoms of anxiety, according to the DSM, include the following:

These symptoms are fairly common, and most people will report that they have experienced one or more in response to severe stress at least once in their lifetime. They shouldn't be underestimated in terms of unpleasantness, though, and under certain circumstances, they can indicate disorders such as Generalized Anxiety Disorder, Social Anxiety Disorder, or Panic Disorder.

A panic attack is characterized by some or all of the above symptoms, plus the following criteria:

Panic attacks usually last for about 30 minutes with symptoms peaking after a few minutes, but they can last from seconds to hours.

How Can a Panic Attack Be Treated?

It is possible not only to stop a panic attack in its tracks but also to keep it from occurring in the first place. For either result, a person needs to visit a qualified doctor or psychiatrist for assessment and a treatment plan.

When in the grips of a panic attack, a person cannot function properly, and they will often need to take time out afterwards to gather themselves. Doing the following during a panic attack can be helpful either to stop an attack or ease its symptoms while it is happening: 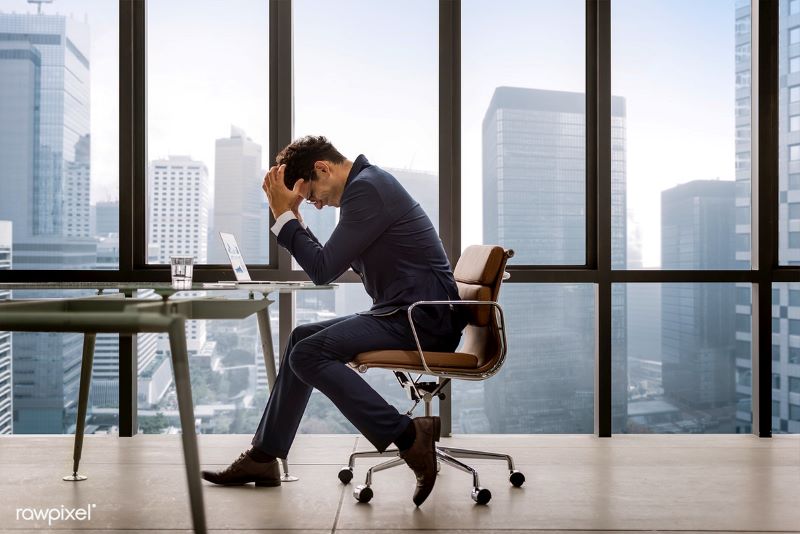 Don't Fight the Attack. Paul Salkovskis, clinical psychologist and professor at the University of Bath, UK, suggests that it's necessary to fight the fear of panic attacks rather than the attack itself. While distressing, these episodes are not harmful. Salkovski advises sufferers to "ride out the attack. Try to keep doing things . . . Confront your fear. If you don't run away from it, you're giving yourself a chance to discover that nothing's going to happen." He also recommends focusing on your surroundings as the anxiety starts to pass, adding: "If you're having a short, sudden panic attack, it can be helpful to have someone with you, reassuring you that it will pass and the symptoms are nothing to worry about."

Become Aware of and Manage Breathing. Hyperventilation, or over-breathing, is associated with panic attacks. It may be erroneously assumed that one should take deep breaths to calm down. When it comes to panic attacks, this action is likely to exacerbate the problem, as there is too little carbon dioxide in the bloodstream due to over-oxygenation. This is why breathing into a paper bag is a well-known and time-honored remedy for treating a panic attack. This advice may seem counterintuitive, but breathing in less oxygen will have the desired outcome. If no bag is available, taking short, deliberate, and gentle inhalations through the nose, with equally short exhalations through the mouth, should have the same effect.

Immediately Take Medication. Natural remedies such as the well-known Rescue Remedy is reported to be effective for calming a person down. Take a few drops when the first signs of an attack make their appearance. It can also be helpful to take it as a matter of course, if anxiety is a problem, and has the added benefit of no harmful side-effects.

However, if the panic attacks are frequent and severe, self-medication should not be attempted, and it would be best to see a qualified doctor or psychiatrist for a diagnosis and prescription medicine.

Lifestyle changes: It is important to manage anxiety and stress to limit panic attacks. Managing anxiety may include making dietary changes, such as avoiding or limiting caffeine and sugar. Light exercise is another good way to manage stress. Yoga is an excellent way to calm both the body and the mind; hiking in nature and dancing can also have soothing and stress-releasing effects.

Therapy: Cognitive-behavioral therapy (CBT) is sometimes referred to as “panic attack treatment without medication” and evidence strongly supports its efficacy for panic disorder. CBT includes a combination of interventions, such as:

Perhaps because the episodes are so distressing, there are misconceptions about panic attacks.

Panic Attacks Can Cause Fainting Spells This is tantamount to saying that one should avoid life. While stress management often forms part of a therapeutic regime to reduce panic attacks, avoiding stressful situations as such is not advised. In fact, research has shown that such avoidance can reinforce anxiety and panic. With the correct treatment, most people, with or without an anxiety disorder, can engage in normal activities.

For many who live with panic attacks, this could not be further from the truth. Many with panic report that having a comforting person to calmly talk them through the attack is helpful. Others may prefer distraction -- it all depends on the individual experiencing the attack. However, a nonjudgmental and compassionate approach from others is likely to help sufferers.

As mentioned above, only a qualified doctor or mental healthcare professional can diagnose panic attacks as part of an anxiety disorder. Once a diagnosis is made, psychotherapy is often a key part of treatment. Through online platforms like BetterHelp, qualified therapists can help you from the privacy of your own home.

Cognitive behavioral therapy (CBT) helps people challenge maladaptive thought patterns and replace them with constructive ones, resulting in more positive emotions and healthier behaviors. CBT is considered front-line treatment for anxiety disorders; recent research shows that online CBT (iCBT) can treat anxiety disorders just as effectively as in-person therapy. Not only is online CBT as effective as face-to-face therapy for conditions including panic disorder, but online treatment has been found to be cost-effective, with treatment effects maintained at one-year follow-up. As discussed above, online CBT with a licensed therapist is an excellent way to treat panic attacks. This is especially true when anxiety or panic makes it difficult to attend in-person therapy. You can access BetterHelp’s platform from the comfort and privacy of your own home. In addition, online therapy offers lower pricing than in-person therapy because online therapists don’t have to pay for costs like renting an office. BetterHelp’s licensed therapists have provided CBT for anxiety disorders including panic disorder. Read below for some reviews of BetterHelp therapists from people experiencing similar issues.

“Lisa was just an incredible person to work with. I work in the health care industry and was feeling like I was going to lose my mind with the COVID-19 virus first and second wave, she was just the best person for me during this time. She guides you on how to work with your feelings and grow from them, how to workout your brain and how you can train your thoughts to make life a little bit more manageable each day. I was suffering from crippling anxiety (that eventually turned into physical symptoms), panic attacks, depression and fatigue from work/COVID. She listens to you and reflects with you about how these situations are hard and that you have every right to these feelings. She also would provide a different perspective that would just help bring you back down to earth and reminds you that you are human and we can all grow from every hard situation and scenario. I thoroughly enjoyed working with Lisa and will always be grateful to her for the new perspective on life, and all of the new tools I have to help manage life which has made me feel like a better person. Thank you Lisa! I hope to reconnect with you soon!”

“Michele has been such an incredible source of comfort for me. I have struggled with anxiety for a long time, but Michele provides me with patience, understanding, and clinical expertise that helps me on a daily basis. I will always be grateful for Michele’s care and presence in my life. I still struggle sometimes, but I know I can always talk about it with her and figure it out. Overall, working with Michele has been wonderful. Not to mention her sense of humor and authenticity!”

Previous Article
What Is A Panic Attack?
Next Article
What Causes Panic Attacks And How Can You Stop Them?
For Additional Help & Support With Your Concerns
Speak with a Licensed Therapist
The information on this page is not intended to be a substitution for diagnosis, treatment, or informed professional advice. You should not take any action or avoid taking any action without consulting with a qualified mental health professional. For more information, please read our terms of use.