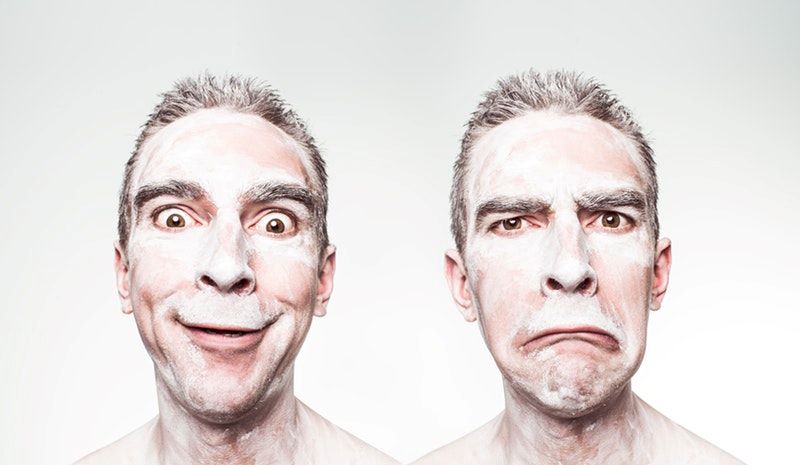 What Does Having Paranoia Mean?
Ask A Licensed Mental Health Professional Online Today.

Paranoia can be present in some mental health disorders. Perhaps the most commonly known disorder where paranoia is nearly always present is schizophrenia. However, paranoia can also be present in personality disorders where there is a psychotic element, including bipolar disorder or even severe depression.

It is important to understand that some very occasional and mild symptoms of paranoia are normal. One study done in 2013 set out to determine how common paranoia was in the general population. They found that depending on the scale used, up to 30 percent of the sample subjects had symptoms of paranoia.

However, when paranoia is frequent, and multiple symptoms often occur simultaneously, it can be a sign of a mental health disorder that needs immediate attention. While not all of the following symptoms of paranoia mean the presence of a mental health disorder, if symptoms are severe enough and there are multiple symptoms, it may be worth checking in with a professional psychiatrist or psychologist.

Studies have shown that insomnia is a paranoia symptom. When someone is paranoid, they have a difficult time calming their mind to be able to sleep. If they do sleep, dreams are often disturbing and extremely vivid, so they don't sleep long. The lack of sleep can, in turn, exacerbate symptoms.

Of course, many people have insomnia without having other paranoia symptoms. If you don't have any other symptoms of paranoia, there are many natural remedies for insomnia that you can try without seeking professional medical advice.

People who have problems with paranoia see accidents as being meaningful. To someone who is truly paranoid, everything happens for a reason. Accidents are never accidents. If someone were to trip and fall right in front of them, they would assume that the person was trying to attack them or was put in their path for some purpose.

Many people who are paranoid are very isolated. They are unable to trust anyone, and because of this, they cut themselves off from other people. They are often so worried about what others think of them that they choose not to interact with others at all.

This isolation goes far beyond simply being an introvert. The isolation that occurs with paranoia is absolute. It is isolation not just from social situations, but things as simple as going to the grocery store or going to work. People who are truly paranoid cannot stand to be around almost anyone. 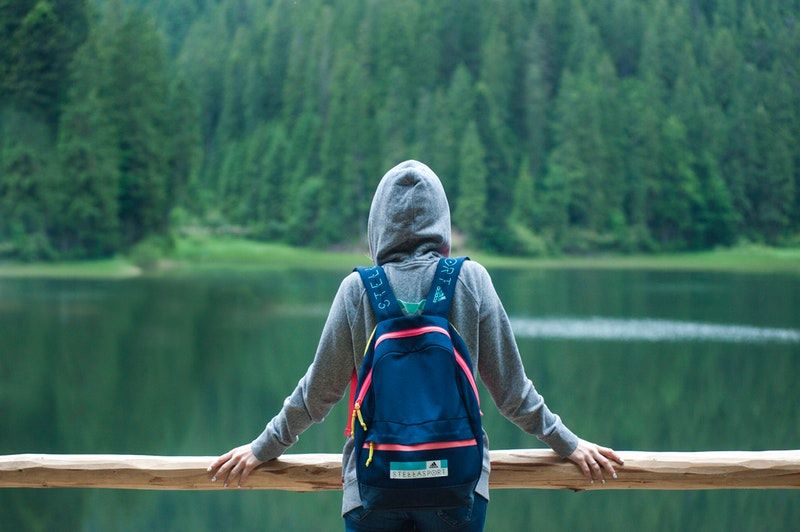 Many people with paranoia feel completely powerless about their situation and everything in their lives. They feel powerless when it comes to situations where they have to interact with other people. They often feel that other people have complete control over them, and they are powerless to stop it.

They also feel that they are powerless to change their situation. Paranoid people frequently stay stuck in a rut, taking no action whatsoever. They cannot be productive because they feel that they have no power to do anything to better themselves or their lives.

Again, depression alone does not mean that someone is paranoid. An individual may have symptoms of depression and not paranoia. However, studies have shown that depression is a precursor to paranoia symptoms and episodes of delusion.

People who are paranoid can become depressed during an episode. They may feel so powerless and persecuted all the time that they being to feel despair that it will never be better. They can lose all hope and fall into a deep depression, which can, in turn, increase paranoid symptoms.

People who suffer from paranoia have issues with forming and keeping relationships. They have a very hard time trusting others, and often feeling that people are "out to get them." Because of this, their circle is very small, or perhaps nonexistent.

People with paranoia symptoms also have trouble forming relationships because they have low self-esteem and feel that they are unworthy of the attention of others. They cut themselves off from other people because they recognize that they are different, and they are so afraid of what others think of them that they don't take the chance to get to know someone.

Paranoid people have an irrational mistrust of nearly everyone and everything. Every person they see is a suspect. They don't believe the things that people say, including the media, doctors, or friends and family. 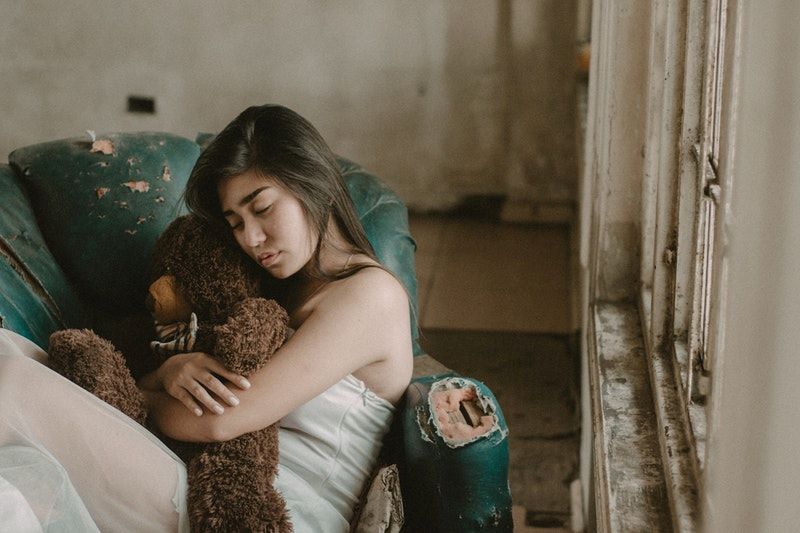 What Does Having Paranoia Mean?
Ask A Licensed Mental Health Professional Online Today.

This mistrust can be so severe that they don't trust what is in their food and therefore don't eat. They may not trust the mailman or the grocery store clerk. They often don't trust banks or other financial institutions and have trouble trusting in situations where they have little control.

People with paranoia symptoms are also very suspicious, usually without cause. They suspect every one of wrongdoing. If a stranger looks in their direction on the train or along the sidewalk, they automatically assume that the person wishes them ill will.

The unfounded suspicion can become so severe that they become suspicious of everyone and everything. They trust nothing and no one. This makes it very difficult for them to function in and out of society.

One of the common paranoia symptoms is hypersensitivity to criticism. When a paranoid person receives criticism about their work, their speech, or their behavior, they become extremely defensive. They do not look at criticism as a learning experience, but rather as a personal attack.

When someone who is suffering from paranoia receives criticism of any kind, they feel that the person is giving the criticism either want[s] something from them or means them harm. They become immediately suspicious of their motives, and they are likely to mistrust their opinion entirely.

However, when the individual is hypersensitive to the perceived persecution, this becomes a symptom of paranoia. The hypersensitivity could cause them to believe that everyone they meet is going to persecute them as the object of their obsession. Again, this means that nearly everyone is met with immediate and severe suspicion.

People who are paranoid are very stubborn in their beliefs. It is difficult to convince a paranoid person to trust you if they are suffering from irrational mistrust. Individuals in relationships with the paranoid person will also be unsuccessful in getting them to go out in public if they are certain that someone is a danger to their life. 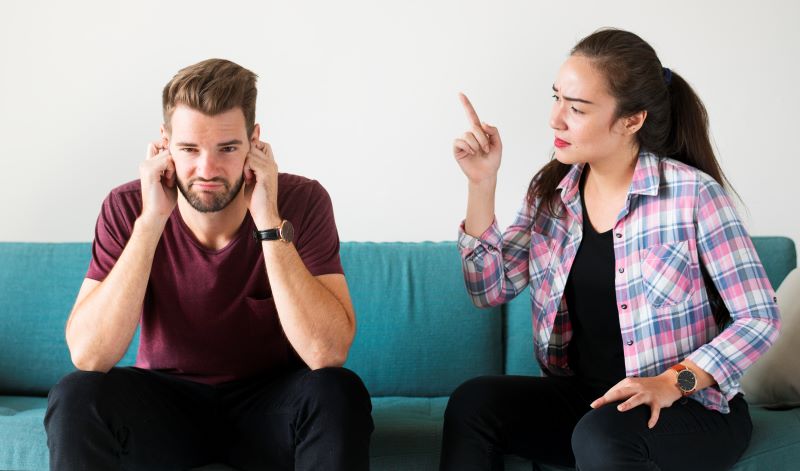 These individuals hold on very strongly to their beliefs about what is happening around them or what will happen in certain situations. They do not waiver in their thoughts on these matters. Their delusions about what is real or imagined in the way of trust, suspicion and other matters are absolute and can last for months or even years without treatment.

Many people who suffer from paranoia have delusions of control. This means that they are certain that an outside source is controlling them. That source could be the government, aliens, ghosts, or demons.

When delusions of control take hold, they feel that they cannot be held accountable for their actions. They also begin to suspect everyone of being in on the plot to control them, especially when those people deny that the control is taking place.

Another symptom that is common among people with paranoia is delusions of grandeur. Delusions of grandeur refer to delusions where the person believes that they have special powers, abilities, riches, or that they are a very important person. Typically, when this becomes a problem is when these delusions are most definitely not real and can cause serious problems for the individual in being able to function properly.

For example, if someone has the delusion that they are wealthy, they may spend all of their money frivolously then not have money for food. When the money runs out, they don't believe that they should be out of money, and immediately begin blaming whoever their mind gravitates to for the crime.

This symptom is similar to hypersensitivity to persecution but is different because it means that the persecution the person fears is imaginary. Delusions of persecution occur when the individual is certain that they are being persecuted for something that either does not apply to them or is not typically a matter of persecution in society.

Some people with paranoia symptoms also hear things that are not there. They may hear something that if real would put them in a state of danger. These sights and sounds can bombard them from anywhere at any time, and they fully believe that they are real. When others cannot see or hear these things, they believe that those people are in on the plot.

Many people who are paranoid have disorganized speech. This means that they can be very hard to understand. They may be talking so fast that you can only catch every other word. Or they may be talking with such poor sentence structure that you cannot understand what they are trying to say. They may start and stop sentences, or start a sentence, stop, and continue as though they finished the sentence when they didn't.

People with paranoia symptoms also have behavior that appears disorganized. To them, their actions are perfectly rational and sane. However, their behavior may not make sense to the average people that they come across on a daily basis.

Many people with paranoia symptoms have suicidal thoughts. They are so tired of being "controlled," "persecuted," or "lied to" that they simply want it to end. They become so depressed about their unchanging situation that they see no other way out. Of course, not everyone with suicidal thoughts has paranoia. 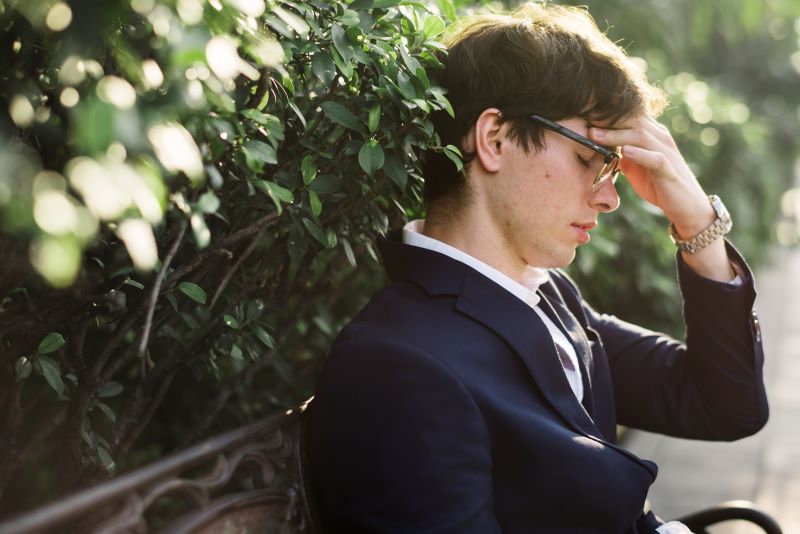 If you or someone you love has some or all of these paranoia symptoms, you need to seek psychiatric attention immediately. These symptoms could be the result of some mental health disorders. Only a psychologist or psychiatrist can properly make a diagnosis and prescribe treatment. There are many treatments available, and inpatient services may not be required if symptoms are caught early. Finding A Paranoia Definition That Makes Sense In Today's World

What Is A Paranoia Test & Why Is It Needed?