What Are Psychotic Symptoms? 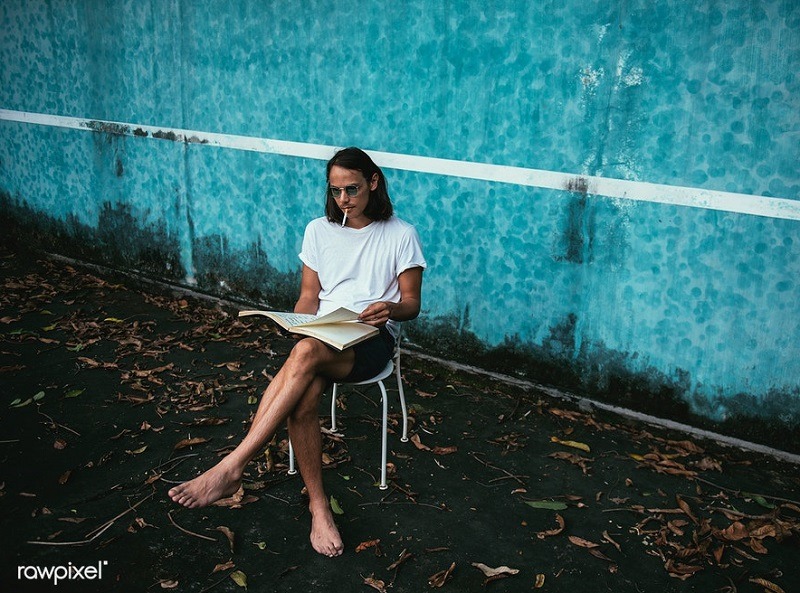 Maybe there's someone in your life you think acts a little strange, or perhaps you think you are behaving a little strangely and you want to find out more. If you are looking into psychotic symptoms, then you are probably concerned about whatever you are seeing, but there are plenty of things you can and should consider for yourself. We will look at some symptoms, what they mean and how you can search for and receive the treatment you are hoping to go on with a more prosperous life.

So, let's start by considering what psychosis is. The short answer is that it is an 'impaired relationship with reality.' That means you do not have a firm grasp of what's happening around you in the real world. It is part of some different mental disorders, rather than being a disorder all on its own, and that is why it is essential to recognize the symptoms and look for other signs quickly. Getting treatment for any mental health disorder faster will help you in the long run.

Someone with psychosis will experience hallucinations or delusions as part of their break from reality. A hallucination is an experience that involves some or all of the senses but doesn't have a real stimulus. That means you may see something that doesn't exist, hear something that isn't there or even smell something that's not near you. It is possible that some aspect of the situation may be real or at least realistic. Maybe you hear your mother yelling at you in a way she has before, but this time she is not there at all.

If you are experiencing thoughts that don't go along with what the surrounding evidence supports these are delusions. The delusions focus on your thoughts and the things around you however and can be about different aspects of your life or things that happen to you. It is difficult to say what your delusions will be because these, just like hallucinations, will vary from one person to the next. It may surprise you at just what you think or feel and just how real it may seem even when it is not.

Let's look a little further at what some symptoms associated with psychosis are. There are quite a few, and they range from those delusions and hallucinations we discussed previously, to things like difficulty concentrating and changes in sleeping patterns. While the delusions and hallucinations are more severe symptoms and some that are easier to recognize that does not mean that any of the rest of these symptoms are any less important. It requires over one symptom to diagnose someone with psychosis.

Depression or a depressed mood, and suicidal thoughts and actions are signs of psychosis and signs of some other mental health disorders, which is why it is essential to keep an eye out for these symptoms. Difficulty concentrating, anxiety, erratic speech patterns and changes to sleeping patterns are also reliable indicators that there is a problem. Whether sleeping too little or too much, changes in how you sleep and the amount of sleep you get will be important things to consider. 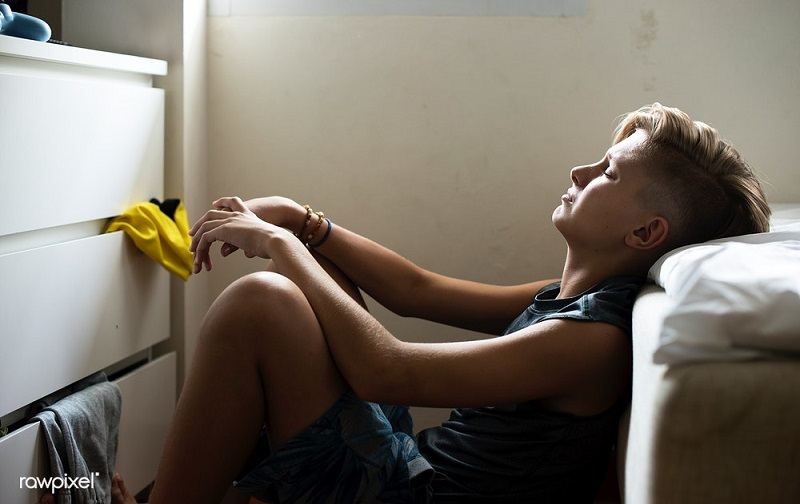 Withdrawal from family and friends for any reason is something to look into as it could be a sign of some different medical and mental health conditions or even something going wrong in your life outside your head. It could also be a sign of suspiciousness, which is a common side effect and symptom that those who have psychosis might have. If you notice someone pulls away from family and friends, it is essential to talk to them and find out why that might happen and just what might go on in his or her life.

Some other symptoms may occur during psychosis which can include a loss of social interaction and withdrawal from social interaction and even a loss of motivation and drive to achieve things that were once enjoyable. That is because the psychosis can take over your mind and your thought processes and make things less enjoyable or even make it more difficult for you to take part in them. The experiences you have may frighten you, and they may also cause you to harm yourself or harm others, which is why it is imperative to seek treatment for psychosis as soon as you recognize the symptoms in yourself or someone else.

Why would someone end up with psychosis? There are some different possibilities for where it can originate. Because each person is different, and every individual brain is different as well there's no one cause that we can point to as leading to every episode of psychosis. Instead, we can only look at several factors and say most individuals who develop psychosis experience one or more of these other events which seem to cause the problem.

Illnesses that affect the brain can cause episodes of psychosis in sufferers. For example, those who have Alzheimer's, dementia, HIV, syphilis and other diseases or infections that will affect the brain may be more susceptible to psychosis. A clinician could diagnose those with other brain diseases like Huntington's, Parkinson's and even some chromosomal disorders as psychotic. Even those with brain tumors or cysts could have psychotic episodes and those with strokes or epilepsy. Anything that can affect the brain or change how it functions is a cause for psychosis to develop.

Genetics may also play at least a small role in the development of psychosis, which those who have a parent or sibling or another close family member with psychosis more likely to develop it themselves. Specific genetic mutations can also cause a higher risk for some psychotic disorder (remember psychosis is a side effect and not a mental disorder of its own). If you have a family history of psychosis or mental disorders, it is essential to keep an eye out for any of the symptoms and even to have periodic wellness checks with your doctor or even a therapist of your own.

Finally, drugs can play a role in psychosis and therefore anyone who is using drugs either as a prescription or recreationally should be mindful of what it could mean for them. If you are not careful with prescribed medication, even if you are careful, to know certain combinations can cause different side effects and symptoms that could include psychosis. For those taking recreational drugs, this is an even more significant risk and can cause a great deal of harm.

If diagnosed with psychosis, it is essential to seek treatment right away and work on what you can and should do with a medical professional. A doctor will help you determine what the cause of your psychosis and build a course of treatment from there to help you. Some memory related disorders have medications, and there's always the opportunity to turn to therapy to seek additional help and understand yourself better and work through the problems you are experiencing. 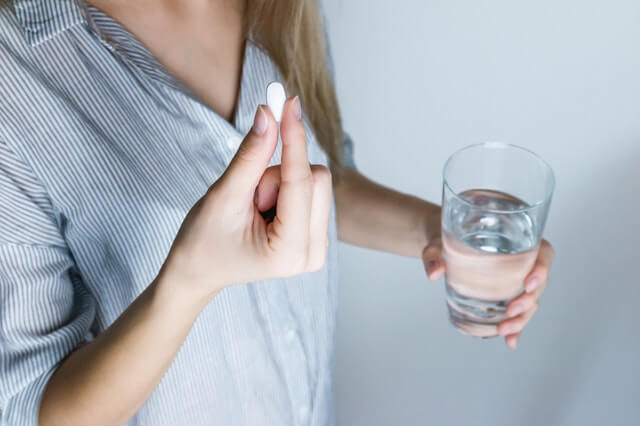 Mental health problems are always better handled with a mental health response. That means you should talk to a professional because they can help you better understand what you are going through why you are going through it and how to overcome. That is because a mental health professional will talk to you about exactly what you are experiencing, and they will let you express yourself completely. This kind of objective, third-party support can be instrumental to anyone that is suffering from a mental health disorder and especially for those who have psychosis. The key is finding someone you are comfortable receiving treatment for your disorder. 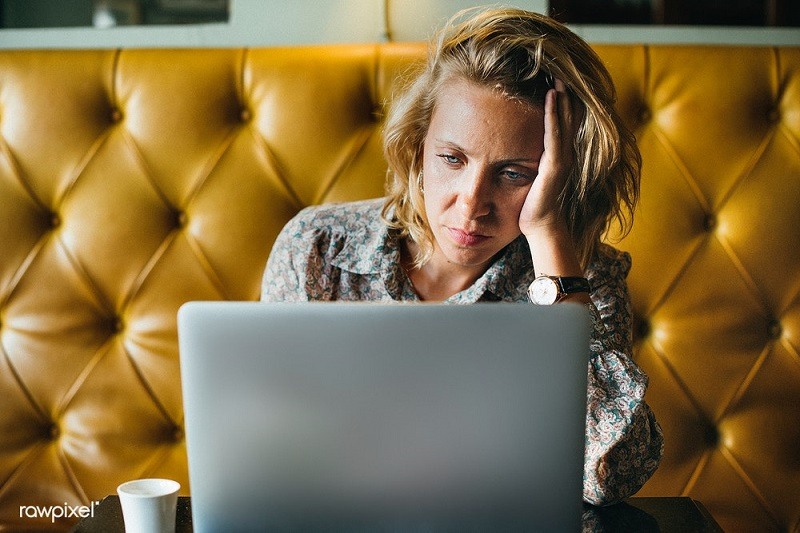 If you are looking for some mental health advice or even advice on some different medical issues, check out BetterHelp to find out more. We will surprise you with what's available, and we will impress you with the array of therapists and psychiatrists available to talk to you about your problems, right online. You will never have to set foot in a psychiatrist's office again because you will connect with someone directly online, from anywhere in the country. All you have to do is find someone you are most comfortable with and get started with your appointments just like that, with no need to leave your house.

The information on this page is not intended to be a substitution for diagnosis, treatment, or informed professional advice. You should not take any action or avoid taking any action without consulting with a qualified mental health professional. For more information, please read our terms of use.
Your session is about to expire!