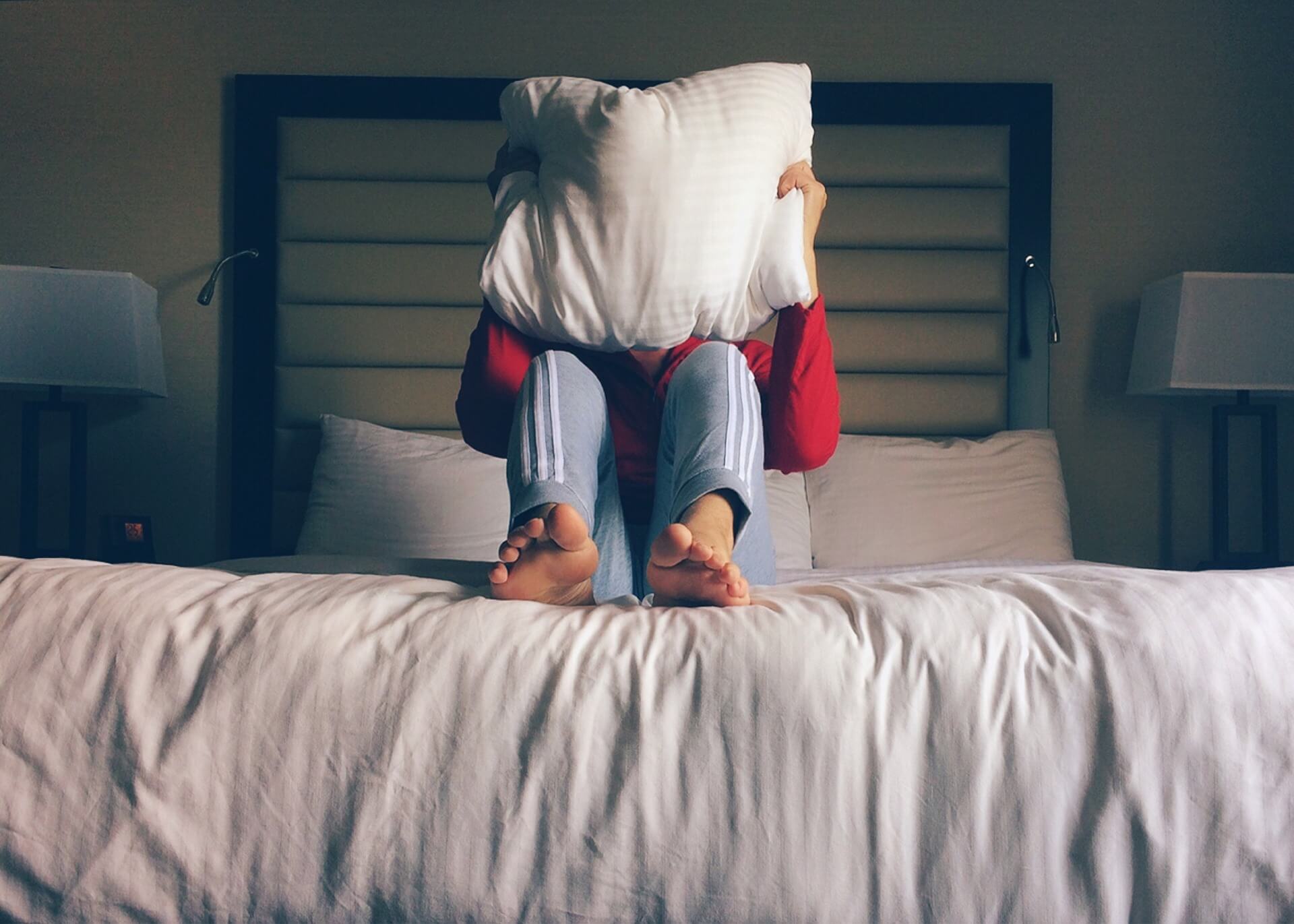 PTSD or Post Traumatic Stress Disorder is a disorder that develops after being exposed to traumatic events. An individual may have taken part in the traumatic event, been injured in the event, or witnessed the event. There are many symptoms that those with PTSD deal with and one of those symptoms is reliving the eventthrough nightmares.

PTSD can develop right after the traumatic event or even years later. No matter when PTSD surfaces, the symptoms are similar, though the severity varies from individual to individual. The reasons for developing PTSD are linked to biological changes inside of the brain. Experts think that it may be the brain trying to process an event that is difficult and because no conclusion can be made, it continues in a downward spiral focusing on the details and emotions that are involved. It is interesting to note that not all survivors of trauma develop this disorder, and no single type of event ensures the development of PTSD.

Although no one specific event causes PTSD, there are events that carry more risk for developing this disorder. Sexual abuse, combat, natural and human-made disasters all have the potential to cause and trigger PTSD. Any event or situation that threatens life or produces loss of life has the potential for triggering PTSD. 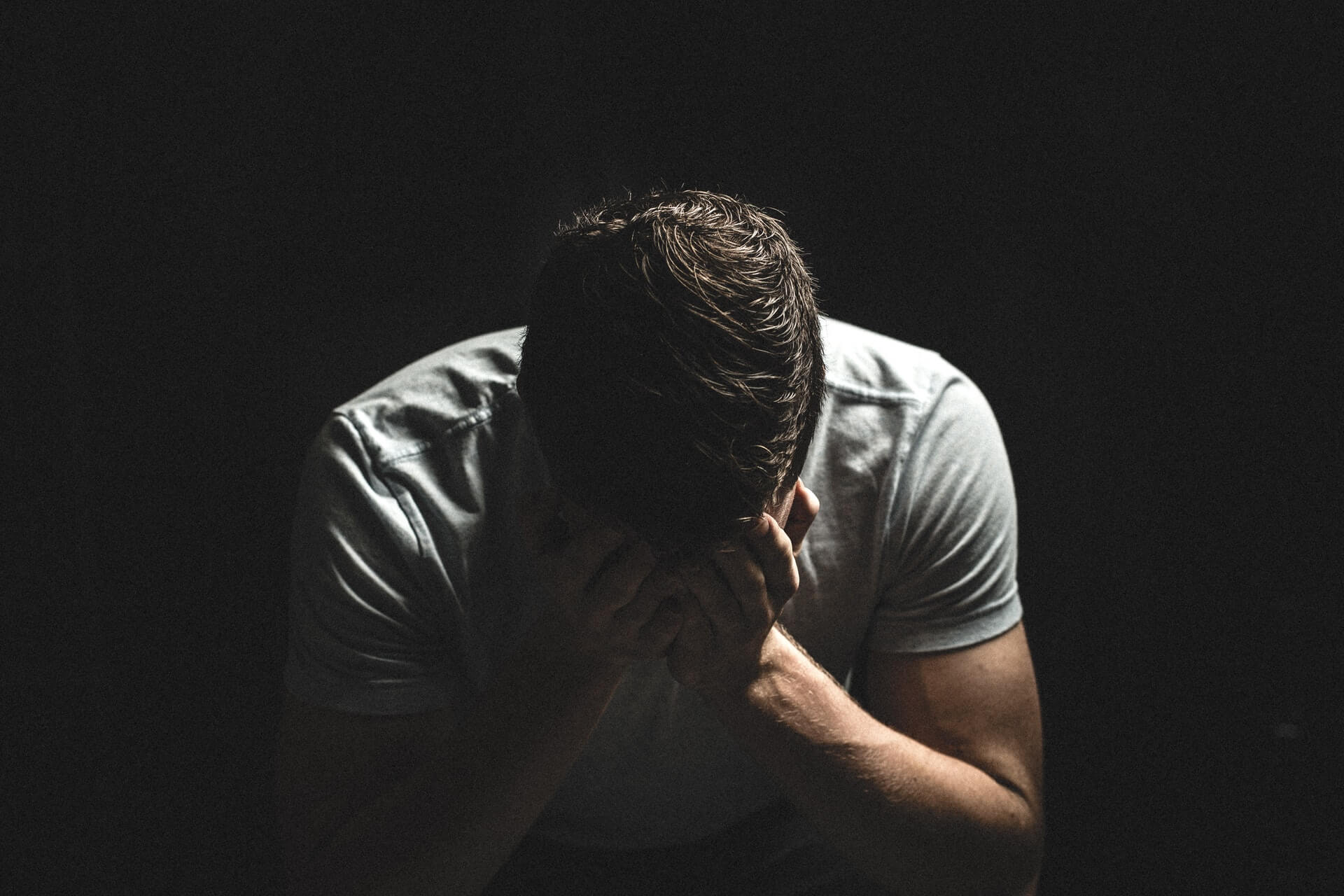 Those who have Post-traumatic stress disorder may exhibit all or some of the following symptoms: 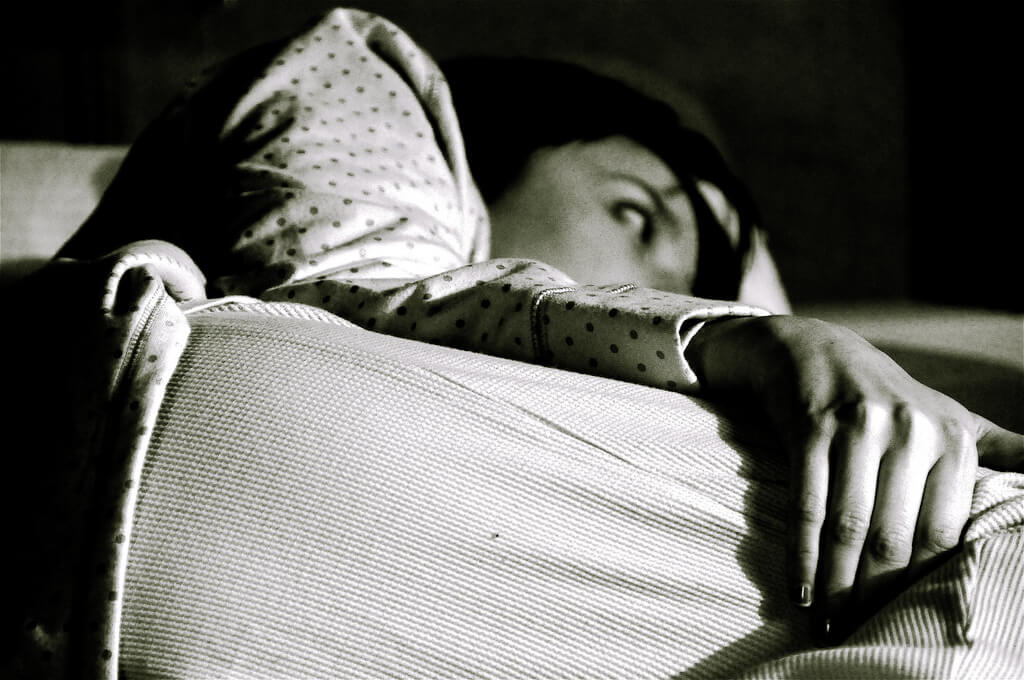 Nightmares associated with PTSD can cause physical problems and illness by stressing the body. During a nightmare, the body reacts as if it is really in danger and enters fight or flight. Fight or flight increases the levels of adrenaline released into the bloodstream. The pulse races and the circulatory system constricts, readying the body to fight or run. Constant triggering of fight or flight during sleep can raise blood pressure and cause an increase in adrenaline, which triggers more anxiety and stress.

PTSD nightmares differ from regular nightmares.They occur earlier in the sleep cycle, and this can make it difficult to fall back to sleep and enter deep sleep. Deep sleep is important to the body's immune system and general wellbeing. PTSD nightmares can also trigger movement during sleep, and this too is disruptive to the regular sleep cycle.

PTSD nightmares that trigger movement during sleep are also dangerous to the individual as well. During normal sleep, the body is paralyzed, so you do not move, sleepwalk, or otherwise act out your dreams. The movement triggered by a PTSD nightmare means that the body is not paralyzed and the potential for sleepwalking or otherwise acting out the nightmare is present. When this occurs, the sleeping person can swing their arms, kick, or even get up and walk and this can increase the potential for physical injury during sleep.

These types of nightmares can occur in all sleep stages even though they are most prevalent during the first stages of sleep. The disturbance to the different sleep stages mimics insomnia, and the symptoms of insomnia are usually present in those who experience PTSD nightmares. Some with this problem actively try to avoid sleep, but this worsens the problem. 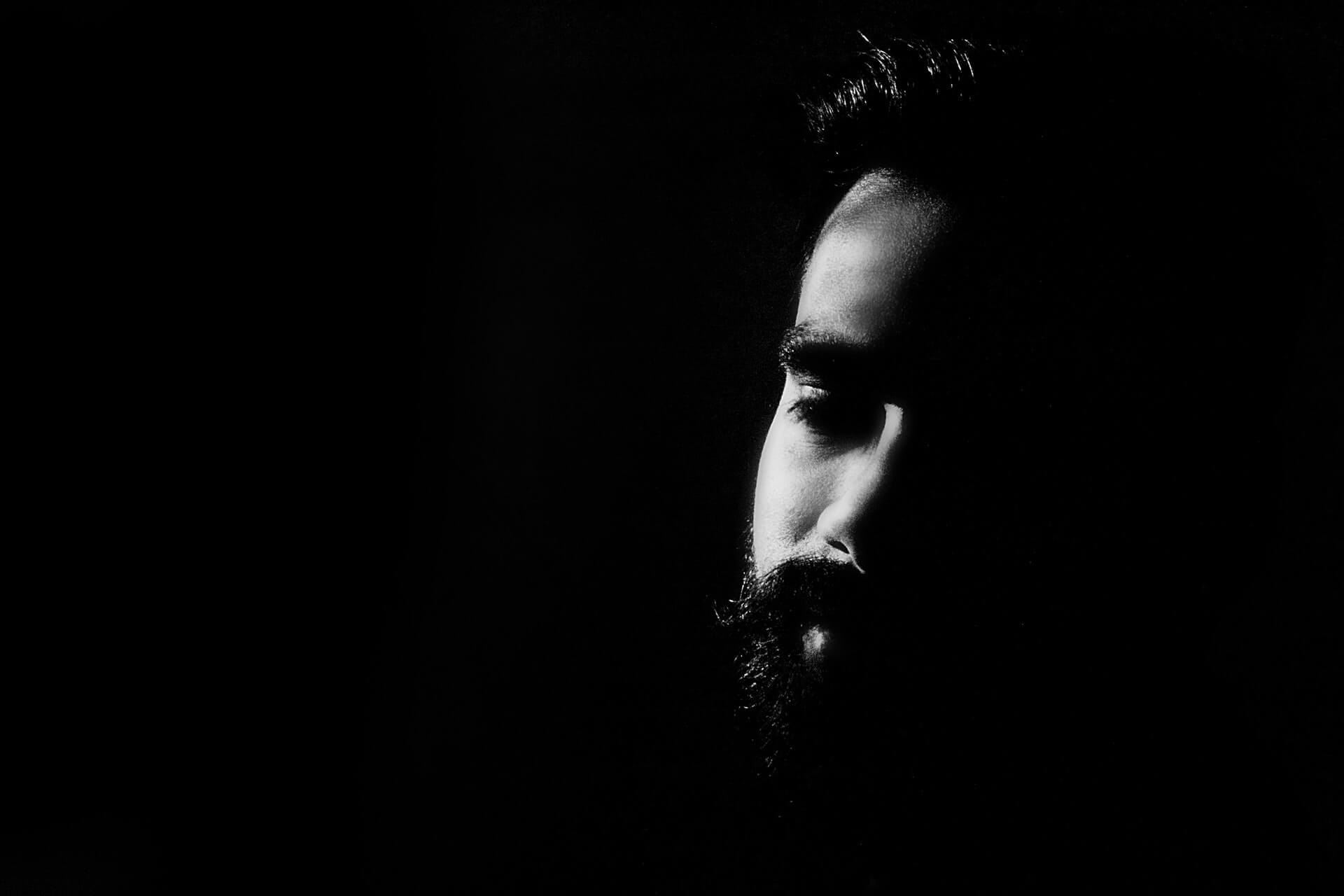 So, what causes nightmares? Specifically, what causes PTSD nightmares? According to research, stress is the main trigger for a nightmare. Research into nightmares among children showed that children with significant stress in their lives, such as those who have experienced trauma, are more likely than other children to have nightmares.

A PTSD nightmare focuses on specific traumatic events. The stress of the trauma(combined with everyday stress) is the reason for the nightmare. Nightmare disorder is also known as dream anxiety disorder because it is understood that anxiety can and does trigger nightmares. For those who have PTSD, anxiety and stress are the most likely causes of nightmares. The stress of experiencing PTSD nightmares can trigger even more nightmares and increase the frequency in which they occur.

Drug therapies and psychotherapies are used to treat PTSD, and these therapies can lessen the occurrence of these nightmares. Not everyone with PTSD develops nightmares, but those who do may see a decline in them once they begin receiving therapy for PTSD. Some individuals do not experience a decline in nightmares with treatment for PTSD, but there are specific treatments for these PTSD nightmares. 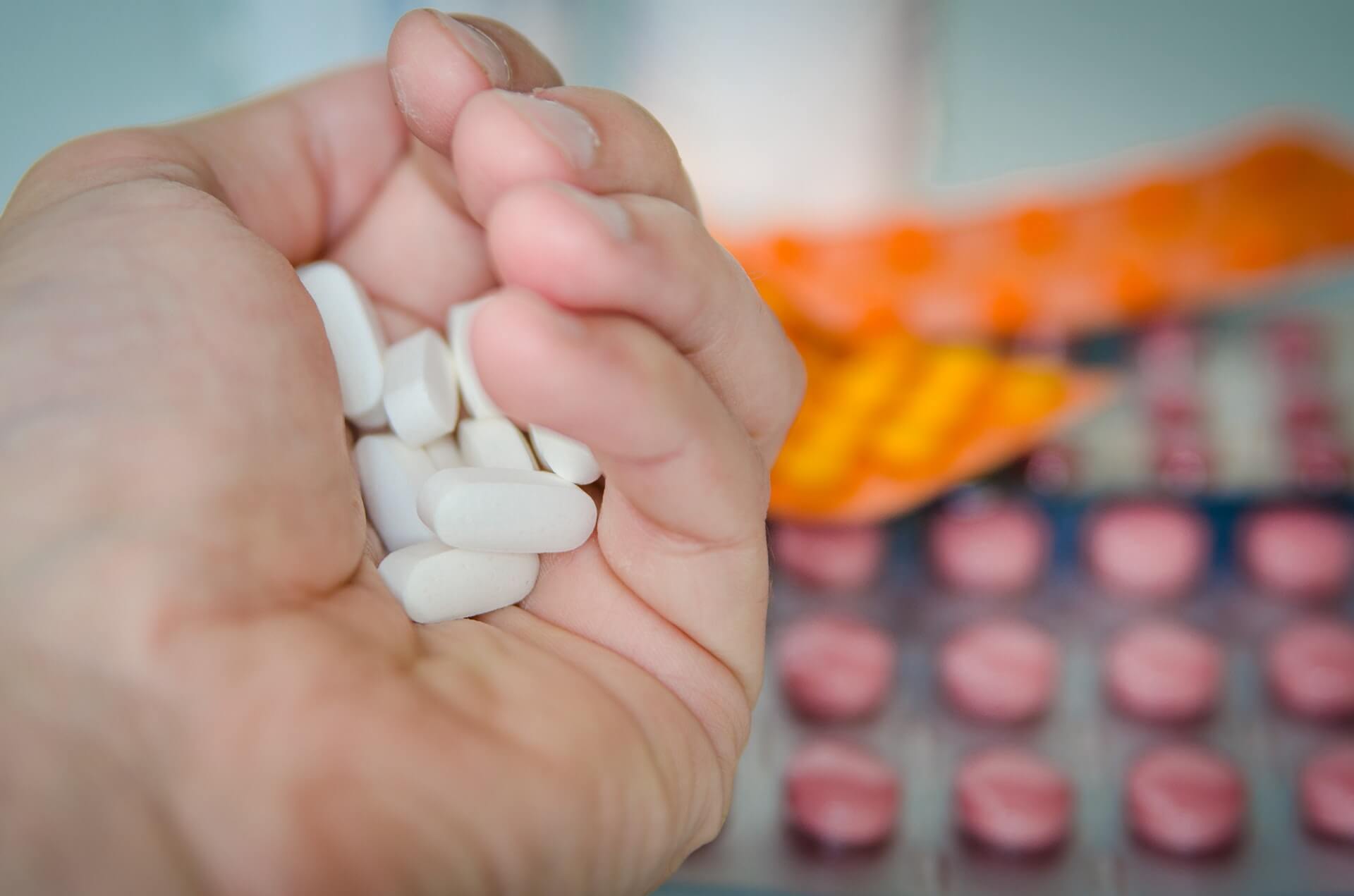 The use of benzodiazepines does not affect the occurrence of nightmares, and many mental health professionals are no longer prescribing these types of drugs for PTSD or the nightmares. Sleeping pills are never a good treatment for PTSD nightmares. Many who suffer from these nightmares believe sleeping pills will help, but it only adds to the problem by causing sleep disturbances, and an inability to wake and sleep without the use of drugs is a serious side effect.

Talk therapy or psychotherapy can help lessen the occurrence of PTSD nightmares. Talking about the nightmare and then reframing the event can make a difference. Once a new understanding of the event is perceived, healing can begin. Once a cognitive shift begins, nightmares often shift to typical dreams with all of their healing benefits.Online therapy has been proven to be beneficial in the treatment of PTSD.

PTSD is not something to tackle on one’s own. If you find yourself having nightmares or other symptoms of PTSD, seek out a trusted therapist who specializes in the treatment of PTSD. Online therapy can be an option. There is no need to leave your home or sit in traffic after a long day of work to make a five o’clock appointment across town.

BetterHelp’s online therapists can provide the support you need to work through your symptoms, so you can start feeling better and experience an improved quality of life. Below are some reviews from clients who have worked on their PTSD with BetterHelp online therapists.

“Laurie is helping me to take control of structures and routines in my life to help me overcome anxiety, ptsd, and manage my major depression. I have never been so pleased with a counselor as I am with her. Her first step with me was to ask about my sleep- which I have been waiting for a doctor to ask me about for years (instead of a here try this pill- her strategy is let’s begin at square 1)... Laurie is logical, rational, smart, warm and understanding. I love working with her and feel her support in my corner because she always chats me back in a timely manner. I am truly so grateful for her guidance and care.”

Are You Dating Someone With PTSD? Things To Keep In Mind when Dating Someone with PTSD
You Don't Have To Face Post Traumatic Stress Disorder Alone.
Speak With A Licensed PTSD Counselor Today

What You Should Know About Each Type Of PTSD Do I Have Post Traumatic Stress Disorder? A PTSD Questionnaire How To Treat PTSD And Regain Your Mental Well-Being Identifying PTSD Symptoms In Women PTSD Hotline: When And How To Use Hotlines For PTSD Minus 38 Is It A PTSD Attack? Knowing The Signs And Symptoms
The information on this page is not intended to be a substitution for diagnosis, treatment, or informed professional advice. You should not take any action or avoid taking any action without consulting with a qualified mental health professional. For more information, please read our terms of use.
Your session is about to expire!