What Is Cognitive Behavioral Therapy?

There are many different types of therapy, and some are more suited for certain conditions than others. Cognitive behavioral therapy, or CBT, is a type of talk therapy, or psychotherapy, that can help with many emotional and mental conditions or issues. In fact, CBT therapy is more than just one type of therapy; it is a group of different techniques that psychologists, therapists, and counselors use to modify thoughts, behaviors, feelings, and emotions. How Can Cognitive Behavioral Therapy Help Me?
Discuss CBT And Other Therapy Options With A Licensed Therapist Online

The definition of Cognitive Behavioral Therapy (CBT) is a short-term psychotherapy treatment that uses a practical and intensive approach to solving issues such as depression, relationship or marital problems, anxiety, addiction, and other behavioral or emotional concerns. It's based on the cognitive model of emotional responses and is more of a brief type of treatment in which the patient gets a better understanding of their thought processes. Then, the patient learns to challenge and change their unhealthy or unhelpful behavior, attitudes, beliefs, thoughts, and emotions to improve the patient's decision-making moving forward. According to the APA Div, there have been many studies and plenty of research that show Cognitive Behavioral Therapy can lead to significant improvement in daily functioning and the patient's quality of life.

How Does CBT Therapy Work?

Although it was originally designed for treating depression, it has been found that CBT is helpful in many situations such as anxiety, eating disorders, addictions, post-traumatic stress disorder (PTSD), borderline personality disorder (BPD), obsessive-compulsive disorder (OCD), psychotic disorders, and conduct disorders like aggression in adolescents. In fact, Cognitive Behavioral Therapy is the recommended treatment in many of these disorders before considering psychiatric medications or other forms of more intensive treatments. Some of the reasons that CBT is introduced include:

Most Cognitive Behavioral Therapy mental health professionals use CBT as a way to change the patient's cognitive distortions, giving them a better way of thinking to replace negative thoughts and fears. For example, some patients may stress unnecessarily over things that the rest of us naturally do not even think about. Perhaps a small incident will get too much emphasis and they make it into a full-blown disaster. One example is the patient who thinks about conversations that they had with someone (or everyone) and keep going over it for days or weeks, trying to think of some way it could have gone differently. Perhaps it's a slight disagreement over a movie or book with their spouse — and it's clear the other person has completely forgotten about it five minutes later. But the thought can linger in the patient's head for days, weeks, or months. There are several core priniciples of CBT which target those thoughts and distortions as the root cause of many other forms of disruptive and destructive behavior. Here are a few cognitive distortions that can be supported by cognitive therapy: 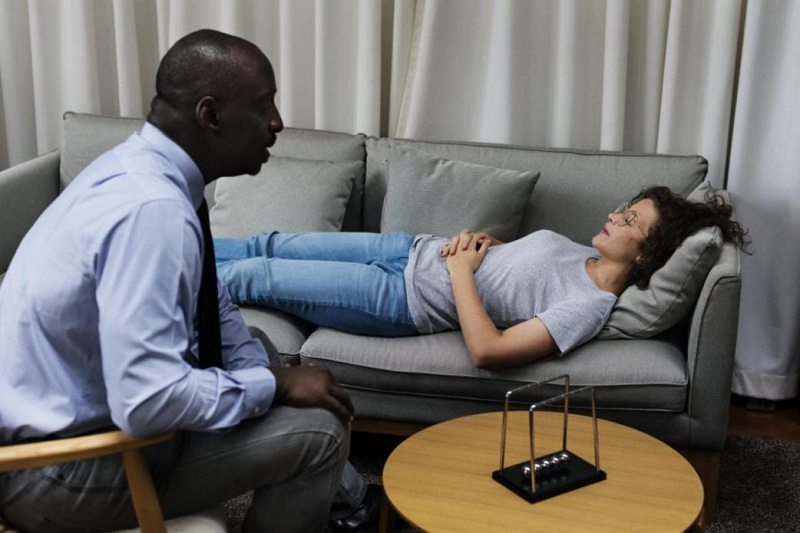 With this fallacy, the patient may believe that their good deeds and niceness will reward them and that nothing bad will ever happen to them. While it's true that being nice is a good thing, the psychologist will remind the patient that there is nobody keeping score, and bad things do happen to good people. This type of thinking will lead to bitterness and depression when that reward does not come.

When someone believes that they are always right, they are constantly trying to prove their actions and opinions are better than everyone else's. This belief is often developed and engrained deep within the patient’s psychology. Not only is this unhealthy for the patient, but it's also not a great personality trait either. Going to any lengths to prove they are right can be a full-time job and a major source of stress and anxiety.

Constantly labeling things is a recipe for disaster. For example, calling yourself stupid or failure (even if there’s no evidence that this is true) will eventually cause you to believe that you are. If the patient thinks they are hopeless and cannot do things right, they will not even try to do anything. Everyone has flaws but it does not define who we are, and everyone has both good and bad qualities.

Some people think that they can change people. Believing that if they help someone or encourage them enough that the person will be what they want them to be. Trying to pressure someone into doing things your way or being how you want them to do not work. People only change if and when they want to change.

With this type of thinking, the person believes that if they feel a particular way, that it must be the truth. For instance, if a person feels that they are boring or dull, they believe that everyone sees them that way because it is a fact. They may believe that someone is mad at them when in reality that person has no ill will towards them at all. Believing something does not make it true.

Although it's common and natural to sometimes think about how you should have or should not have done something differently, some individuals take it to the extreme. They have a certain set of rules for themselves and the rest of the world, and if you do not play by their rules, they get angry. Similarly, if they do not follow their own rules, they feel overwhelming guilt.

With this fallacy, the individual believes that everything that happens to them is someone else's fault. For example, if a person does not get a job they applied for, they may blame it on the interviewer, thinking that they did not give them a fair chance when in fact it was just because they did not have the right experience. Thinking that everything that happens to you because of something that someone else does or thinks is unrealistic and causes undue stress and negativity.

How Can Cognitive Behavioral Therapy Help Me?
Discuss CBT And Other Therapy Options With A Licensed Therapist Online

If an individual thinks that everyone has to play by their rules, or it's not "fair" is a fairness fallacy that brings on resentment and arguments with those who do not agree. Believing that you know what is fair and being unable to change or listen to reason can cause disappointment and unhappiness. Life is not fair, and if a person goes around thinking that there is a conspiracy against them or that everyone is against them, it can lead to disaster.

We have all heard of people being controlling and may even be a bit controlling ourselves, but the control fallacy describes an individual who sees themselves as a helpless victim and believes that fate or destiny is against them. They think it is impossible to change things in their life because they have a preset destiny so they will not even try.

Catastrophizing, or expecting disaster all the time can cause chronic anxiety and depression. The saying "making a mountain out of a molehill" is pretty self-explanatory. It just means that the individual always expects things to go wrong or they take a small problem and turn it into a major issue. They can take a common issue like missing a phone call from a friend and go over and over it again and again in their head until they imagine the worst. Like that the friend hates them and will never speak to them again.

Similar to catastrophizing and personalizing, believing that you know what a person is thinking is a fallacy that can take over your thoughts and put ideas into your head that do not need to be there. The person who believes that they know what others are thinking may believe that an individual dislikes them or is ignoring them when the person does not see them and say hi. In other words, the patient may see a friend across a room and believe that a friend saw them but is avoiding them when they did not see them in to begin with.

Some individuals believe that things are either good or bad, with nothing in between. There is no middle ground or a gray area, only black or white. In other words, people (including themselves) are either perfect or failures. Someone cannot be good at something; they are either perfect at it with no mistakes or they are horrible at it. For example, if a professional piano player makes one mistake, the individual thinks that they are a failure at piano playing. When the truth is, we all make mistakes. Nobody is perfect.

When a person hears only one part of the story and ignores the rest, that is filtering. In other words, they hear only what they want to hear. Some people call it selective hearing. They will filter out whatever they do not want to hear or see and only concentrate on the rest. Like only thinking about the negative aspects of life and ignoring the positive. 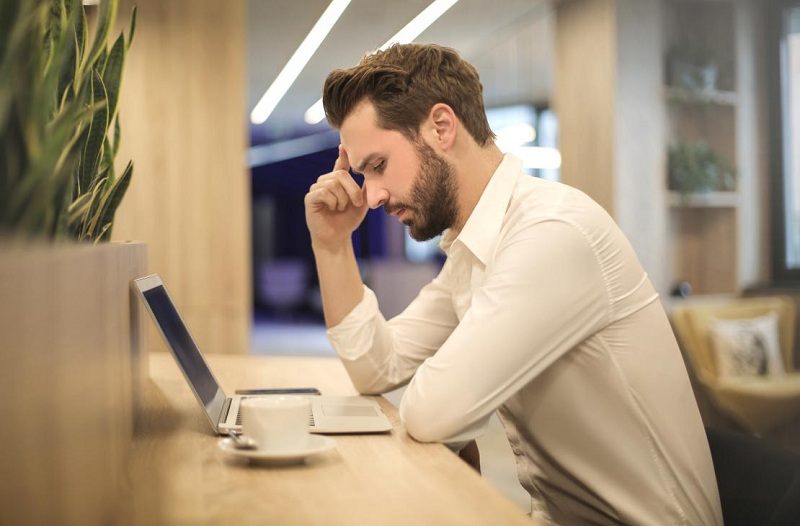 One of the biggest core principles of the CBT technique is to learn coping strategies to solve present problems and control behavior. A therapist may choose to do one-on-one therapy face-to-face in the office or online, or they may think that group therapy is better for a certain problem or individual. Basically, CBT is a form of problem-specific talk therapy that focuses on a goal that the patient sets out to achieve. It’s focus is to prepare the patient to deal with their perceived shortcomings and goals. Some of these techniques and exercises include:

Whether you have one of the mental or emotional health conditions listed above or if you have any other concerns about your mental or emotional well-being, it's important to talk to a professional. If you feel something is wrong or you just feel "off," contact BetterHelp who can help you find the best counselor or therapist to address your concerns.

Working With A BetterHelp Professional

A licensed online therapist can address things like depression, anxiety, anger, raising children, and other specific mental health conditions, problems, or illnesses. Qualified & experienced therapists help people feel their best, improve mental health, and strengthen or heal relationships. Online therapy is designed to make it as easy as possible to get the help and support you need without having to even leave the house.

All 20,000+ licensed mental health professionals and therapists currently available on the BetterHelp.com platform are experienced practitioners. Our online therapists come from a wide array of different backgrounds, practices, beliefs and cultures.

Put simple, cognitive behavioral therapy (CBT) is a psychological therapy approach that focuses on the connection between what and how you think, and then the way you behave as a result. CBT is based on the links between your thoughts and your behavioral patterns, and how these learned patterns can be changed by changing your thought patterns first.