10 Common Marriage Problems And How To Deal With Them

No marriage is perfect. They all encounter problems. This article might have been a lot gloomier to read a couple of years ago, but studies show that divorces are currently lower in new marriages than they have been in decades.

When you encounter marriage problems, look at them as opportunities to grow the relationship and get to know each other rather than as obstacles to happiness. 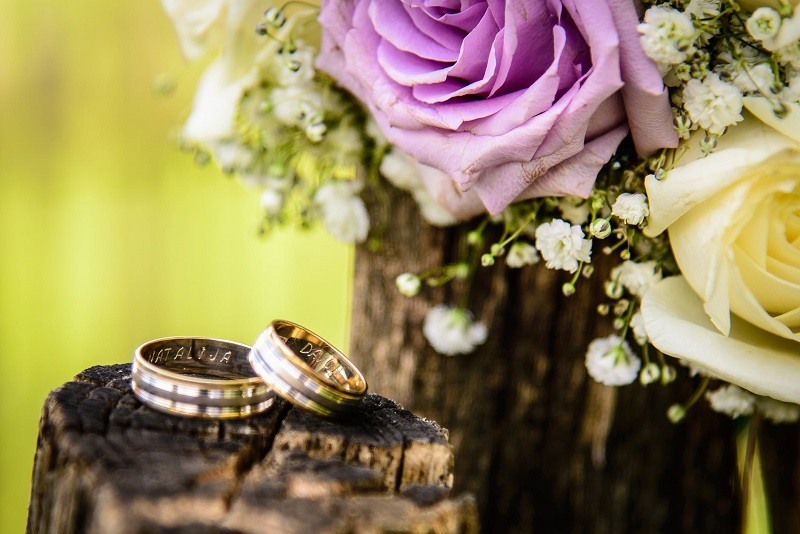 Every marriage is different, and it is impossible to forecast all of the problems that your marriage may encounter. However, here is a list of some common marriage problems and some options that you and your partner can use to deal with those problems in healthy and productive ways.

Of course, in-laws aren't exactly a marriage problem but they can impact most of the problems that are going to be discussed on this list. As a result, it's important to look at the role that they can play in a relationship.

Before you get married, you and your potential partner should discuss the roles that you want your in-laws to play in the marriage. This can vary greatly because different people have different relationships with their parents.

Some couples see their in-laws as a valuable support network and they like to work very closely with them in virtually all aspects of the relationship. Our parents can be a good source of information and life experience throughout our lives and marriages are no different.

Other people, even if they have good relationships with their parents, may want their parents to play a less active role in the marriage and in child raising. This may also be the case if you don't live near their parents.

The important thing is that both partners agree on the role that they want their in-laws to play and that they communicate this clearly and effectively to their in-laws as early as possible.

Religious differences can make the earlier stages of the relationship awkward but they can really become a problem once a couple gets married. The dating and engagement periods should e taken as opportunities to come to terms with religious differences, including establishing boundaries and relationships with the rest of the family.

The most important thing about religious differences is to always show support to your partner, regardless of how different your religious beliefs are. This is particularly a problem when one of the partners is religious and the other is not. All religions help us to celebrate life and to navigate its difficulties. Belittling someone's religious beliefs can ruin the best day or make the worst day worse.

It can also be tricky to manage religious differences if both members of the relationship are religious. Going to services separately is always an option but family unity is important in most religious communities. As a result, you may want to consider alternating weekends and holidays. Even if you are not religious at all or are from a drastically different religious background from your partner, try to attend special services and life events with them to keep the relationship strong. 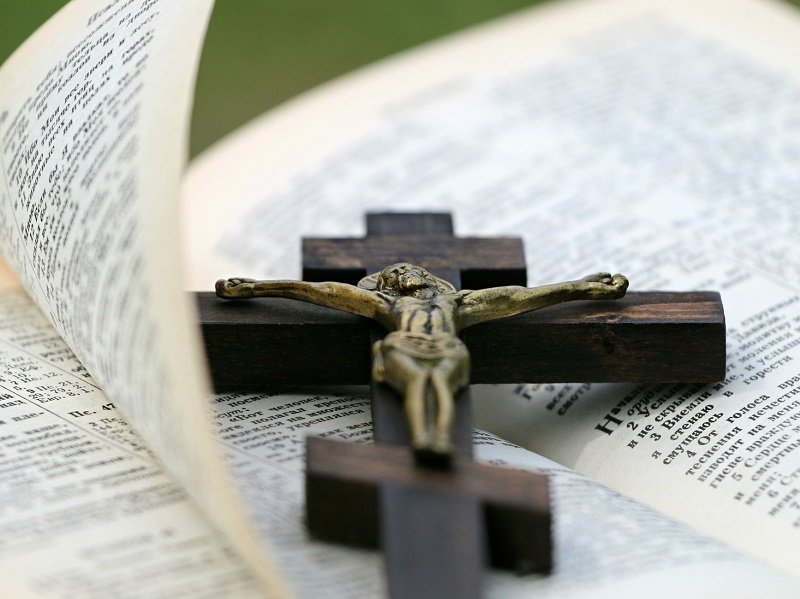 Political differences can be another big source of trouble in marriages. That doesn't mean that they are insurmountable. Further, this is one potential problem source that you should have become aware of before getting married.

One easy plan is to simply agree not to talk about politics. After all, voting is anonymous, so political issues only come home if you bring them back from the booth.

This can be difficult during social events where politics is a common topic of discussion. There are a number of ways to handle this. Avoid the discussion. Split up until the conversation ends. Whatever you decide to do, the important thing is that you and your partner are considerate of one another's feelings.

Organizing finances can be complicated, especially when it comes to paying the bills. There are a number of ways to handle this. This was simpler when most families only had one "breadwinner," but now that both partners in a relationship usually work it can be more complicated. This will also come up in the next section.

One common way that couples solve this problem is through one paying the bills and letting the other know their fair share. This isn't the only way that couples can solve this problem. Some couples carry over their accounts so each one pays some utilities. Another option is to have a joint checking account that both couples contribute to from paychecks and draw from to pay bills.

Another classic marriage problem can occur when one partner in a marriage makes more money than the other or has a more impressive job.

For some couples, this isn't a problem because they don't see careers and income as a contest. In other couples, the partner that makes more money may try to take more authority or make more decisions. Of course, some couples are happy with the one making more money calling all the shots.

Really, the important thing is that neither partner feels that they are being taken advantage of or are being controlled by the other. 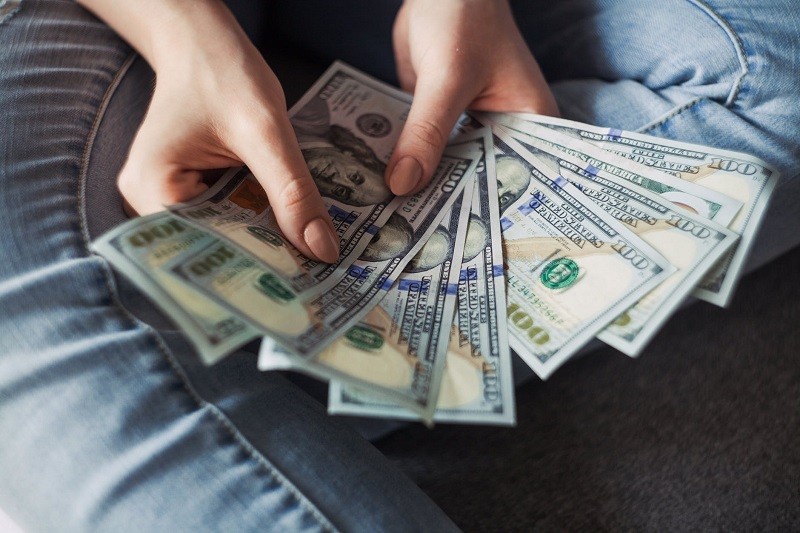 Dividing the chores is another common source dispute in married couples. The important thing in this case is that the chores get done. The two of you can sit down and decide which chores each of you will do base on which ones you like or don't like. If one of you works from home or has a job that takes less time, it might make sense for that partner to do more of the household work. If you run into a problem, consider bringing in another couple to see how they take care of their chore distribution.

Married people still have the problems with diving their time between sleep, work, time with their partner, time with friends, and time by themselves. This can be an additional problem if one partner is "clingier" than the other one. Further, this problem isn't always one that is easy to identify before getting married.

This can be a hard problem to "solve" so what's more important is to reach an understanding. Both partners should be allowed to feel like they are still free to live their own lives but neither partner should feel like they aren't appreciated. Both partners should have alone time and time with their own friends but both should also make time to spend quality time with their partner.

Couples don't always have trouble spending enough time together because they are too busy or aren't prioritizing each other, sometimes they just have different interests. This is another problem that usually turns up in the dating period but that can seem like more of a problem once you're married.

One way to solve this problem is to try out each other's interests. You might discover a new one. If you've tried this or if you want to maintain interests outside of those that you do together, you can keep those interests - just try to put your heads together to come up with something that you can do as a couple.

Understanding that partners need time apart just like they need time together is important but it also opens up the fact that the two of you aren't always together. That means that there's room for jealousy.

Despite common confusion, jealousy and distrust aren't the same thing. We'll talk about trust next. Jealousy is about a fear of missing out of what your loved one is doing. Jealousy can be a serious problem in relationships but it doesn't have to be. If both of you have your own activities, it can be easier for both partners to focus on what they are up to. 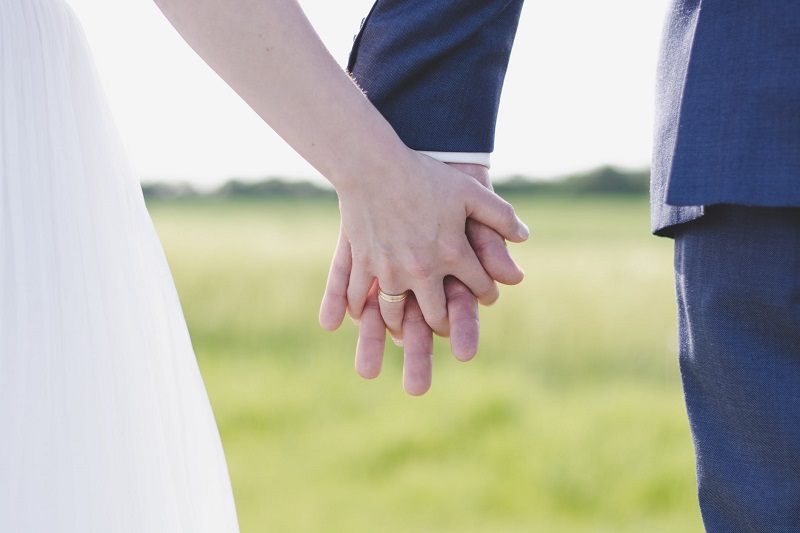 Trust can be a big problem in relationships, especially if one or both partners have trust issues with other people in their lives as well. There are two good ways for a partner with trust issues to prevent that issue from causing problems in the marriage. The first is to address their own trust issues. The second is to practice trusting their partner by allowing them to live their own life.

Articles like this one can be a good introduction to dealing with some of the common problems that you are likely to encounter in a marriage. However, they probably aren't a fix-all solution. Other resources that you can use to solve problems in your marriage include turning to friends and family for support. After all, they know you and can provide more in-depth and personalized help and support.

If you are worried about your relationship, you can also meet with a marriage or relationship counselor for assistance and insight.

For more information about how you can benefit from talking to a therapist or counselor over the Internet, visit https://www.betterhelp.com/online-therapy/.

Are You In An Unhappy Marriage? Therapy Can Help
For Additional Help & Support With Your Concerns
Speak with a Licensed Counselor Today