How To Tell The Difference: Lust Vs. Love

Chemically, once we hit puberty, we have all been in lust. It may have felt like love, but that's because it can be hard to tell the difference at first. Our biology is a powerful thing, and the biological urge to reproduce is one of the strongest ones we have in our survival needs.

Biologically, our species would cease to exist without reproduction, so we are programmed to find a suitable mate and to do that as quickly as possible. Lust is what gets us there; love keeps us doing it again and again.

The biggest difference between the two is simply time. Lust is instant, love takes time, and often we can feel lust with love which makes it even more confusing. Usually, we fall "in lust" with someone at first which is what gives us the intense feelings at the beginning of a relationship that will inevitably fade. Unlike lust, love is steady and gradual and takes time to come to fruition. You cannot be in love instantly, but you can be in lust.

Our Brains on Lust

When we first see someone we like our brains immediately start producing hormones. The sex hormones estrogen and testosterone are the first to rise, driven by biological need. What our bodies are attracted to differs, but our brains have decided that for whatever reason that person is a suitable mate to carry on our DNA. Once the connection has been made, our bodies begin to pump other chemicals like Dopamine in an attempt to make us like the person even more so that we get over any inhibitions and get naked.

All other constructs become secondary at that point, and it's one of the reasons we may forget to eat or put off other things just to be around that person. Dopamine lights up the brain much like cocaine, so we become addicted to it, even feeling "pain" when they're away from us and dopamine levels drop.

This is where the difference starts at a chemical level. Once you're actually "doing the deed" together with your reliance on dopamine drops as the body begins to produce Oxytocin. Oxytocin is known as a "bonding" chemical and is also produced when mothers breastfeed their babies to foster an emotional connection. The more physical we are with a partner, the more likely we will develop a bond with them because of oxytocin.

Oxytocin is what fuels love because it's the emotional connection in response to the physical act. While this won't guarantee you'll fall in love, the fact that your body thinks you're chemically compatible enough to do so is a strong indicator of whether you'll develop feelings or not.

For many people, this is why casual sex is so hard. They can't help developing feelings for a person because that's how their brains and bodies are wired. 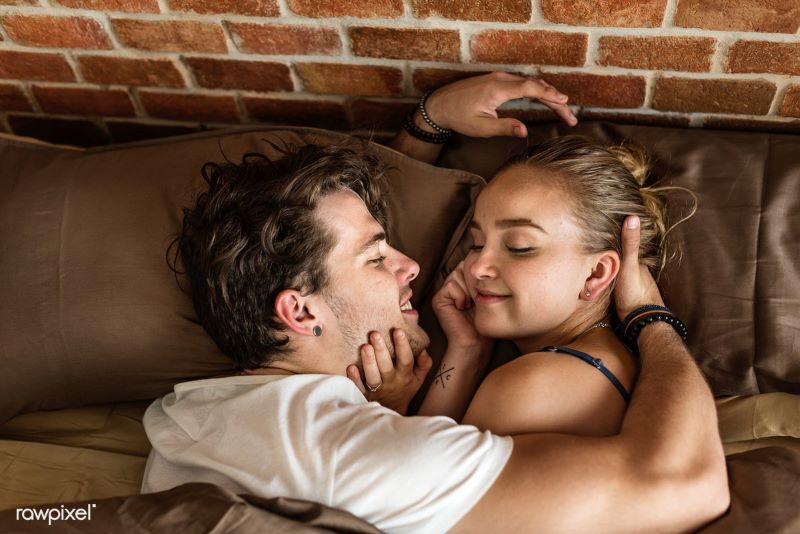 Lust is focused solely on physical attributes or about very intangible things. You may not know the person very well, you may not even know much about them, but you have a strong desire for them. Any discussion of "feelings" becomes uncomfortable and the relationship (if it's with someone you're actually with) may rely heavily on sex and avoid any deeper conversations. Lust can still leave you feeling "love-struck" but it's because the same dopamine reaction happens before the stronger bonds of love can attach that on a chemical level they're no different. If your "lust" has lasted beyond a deep longing or physical need for your partner, then it's likely you might be in love. The craving feeling that lust produces subsides, but you still like physically being with them.

Real love is a balance of both long-term, committed love, and lust. You should lust after the person you love, but as that biological imperative starts to fade with age, your love should still be there.

The Difficult View Of Lust Vs. Love

Intense sexual attraction isn't necessarily a bad thing unless it's unwanted. Sometimes our biology can make us do stupid things "in the name of love." If you feel that there's something off about your "relationship" or that it's just too intense then maybe it's a good idea to step back and examine whether it's lust vs. love. An uncomfortable or unbalanced relationship is also a good sign that things might not be what they seem. Going with your gut feeling on this is important.

There are plenty of examples where women (and men) have fallen head over heels quickly for someone and regretted it later once they came to know them. Domestic violence is a far too common problem, and while this might be extreme until you know that person better, you can't be in love. 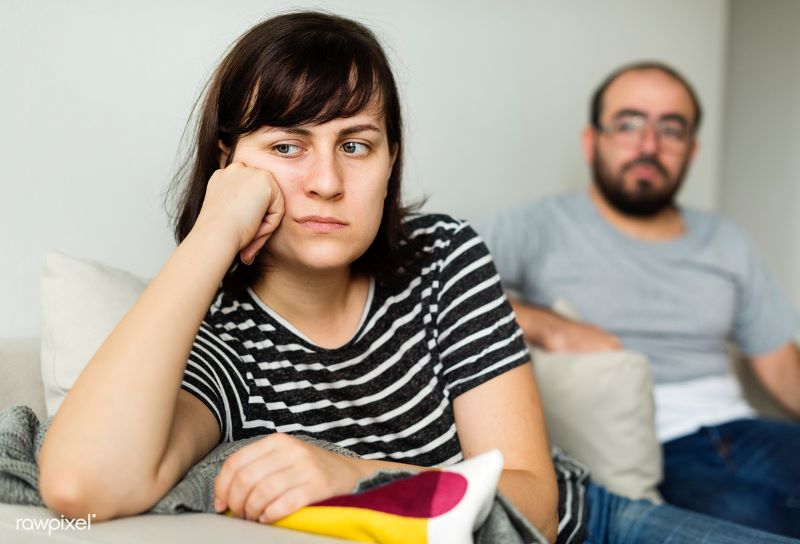 Domestic violence is something that tends to creep into a relationship. If a person was abusive on the first date before you got to know them, there's very little chance you'd consider a second date. Most situations like that take time while the abuser isolates their victim and grooms them until they're trapped in the cycle. Without having this behavior established first, they can't succeed. In relationships that are based on lust the intensity often makes it hard to listen to your gut when dealing with this sort of situation. Because lust clouds the judgment, the justification is easy while with love, your clear-headedness will immediately tell you that something isn't right.

Another common misconception is that lust and sex addiction are the same things. Lust is an instinct, and while it may involve a lot of physical sex, there is not necessarily an "addiction." An addiction is something that is hard to control, an urge, a need that goes far beyond the simple biology of natural lust. Many sex addicts feel they are addicted to the rush and high that the sexual act gives them. Sex addiction gets a lot of press from celebrities, and statistically, only 3-6% of adults in the US suffer from real sex addictions. While that may seem like a small number, sex addiction has serious consequences in people's lives. It can be disruptive, destroy relationships and, thanks to the prevalence of STDs, be quite dangerous too.

When to Get Help

Lust can be a problem. Lust within normal boundaries, under control, and even within a relationship is normal. The issue is that when lust does become a problem, it can begin to dictate your whole life. In the case of domestic abuse, it's often "too late" once the victim realizes the situation they have fallen into. Abusers tend to isolate their victims from people they would normally reach out to like family and friends. If lust has lead you into a relationship that has turned abusive, there is help out to get out of the relationship and counseling to help you recover.

For those who are dealing with sex addiction, they may not even realize it is a problem until they get on the wrong side of the law or the wrong side of their partner. Lust has nothing to do with love which is why situations involving cheating and sex addiction can be difficult. Celebrities and others may use the excuse that they have a sex addiction to justify inappropriate behavior. Whether it is an addiction or not, lust can cause people to make poor choices with negative consequences. Lust drives them not to a person but to anyone who will have them to "scratch that physical itch". As soon as you realize you're dealing with sex addiction you need to seek help as this can escalate without proper coping mechanisms and treatment. 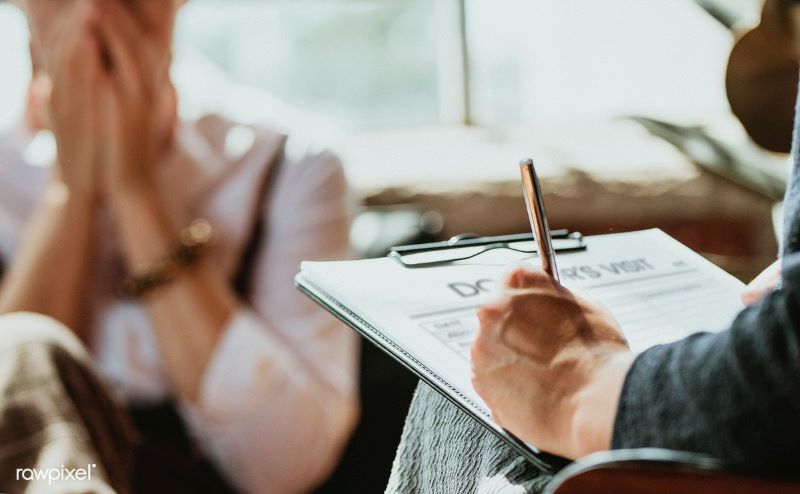 When Lust turns into obsession, it can also become a legal matter. Since lust is only a superficial understanding of the person, the mind creates an "ideal" which may never live up to the reality and may not even exist. Obsession and stalking are sadly too common. If you're dealing with unrequited love, then tackle it as soon as possible so you can move on, but if you feel you have become obsessed with the person, it is even more important to get help as soon as you can.

When figuring out who to approach, you'll want to start by looking at counselors or therapists who have experience with sexual issues. Because sex therapists and counselors are a niche area, it can be hard to find someone who works in that area. There are helpful counseling options including BetterHelp since you can narrow down by specialty to make sure you're getting the right therapist for your problems. There is help available, you just need to reach out.

Previous Article
Can I Fall In Love Again?
Next Article
I Love My Daughter: How To Let Her Know
For Additional Help & Support With Your Concerns
Speak with a Licensed Therapist
The information on this page is not intended to be a substitution for diagnosis, treatment, or informed professional advice. You should not take any action or avoid taking any action without consulting with a qualified mental health professional. For more information, please read our terms of use. 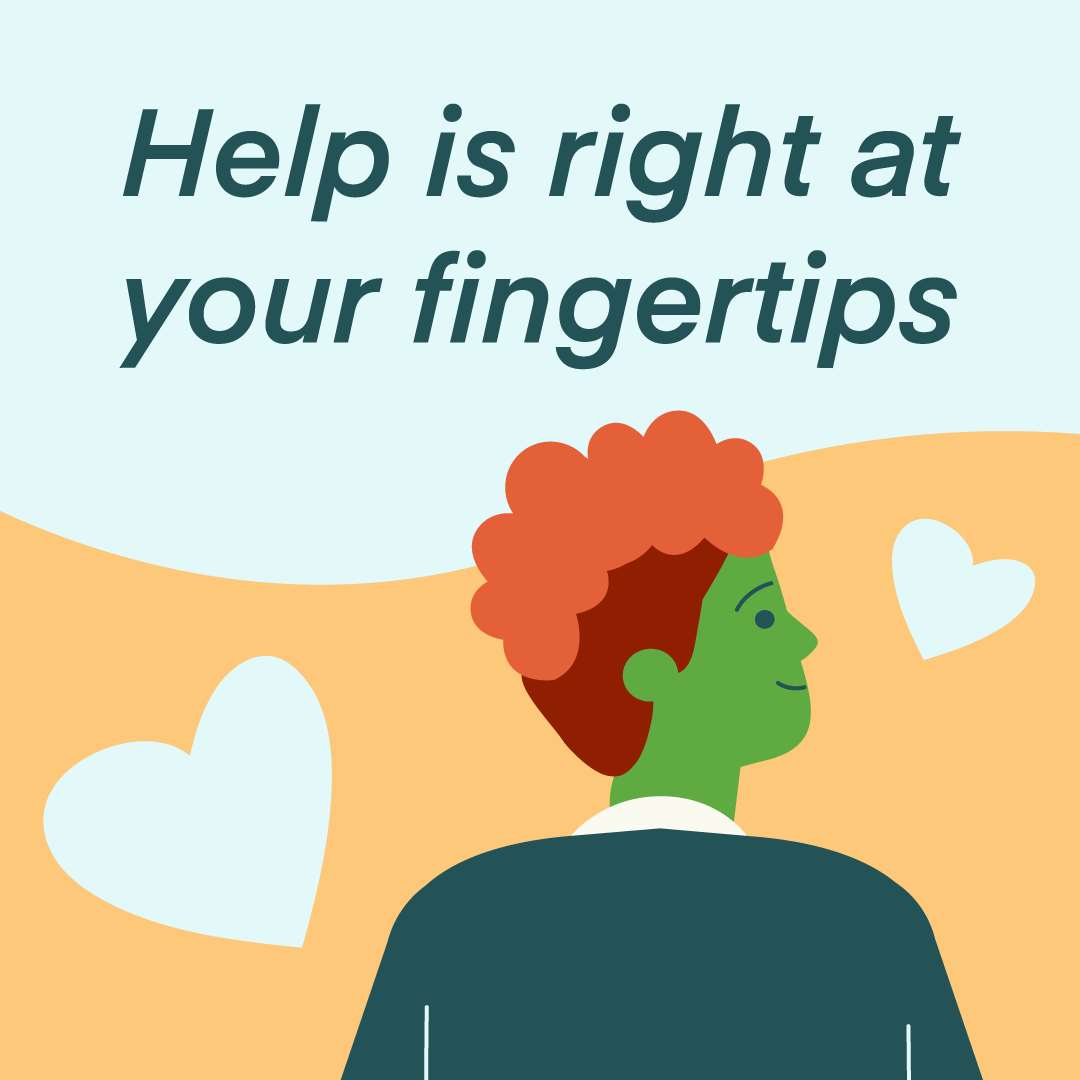