Advice Home > Medication > What Is The Role Of Oxytocin In Men?

What Is The Role Of Oxytocin In Men?

If you're a man and you've ever had the feeling after meeting a girl that she may be the one, that could be the oxytocin talking. Oxytocin is partially responsible for causing us to feel love, whether love from a mother for her child or love between partners in an intimate relationship. 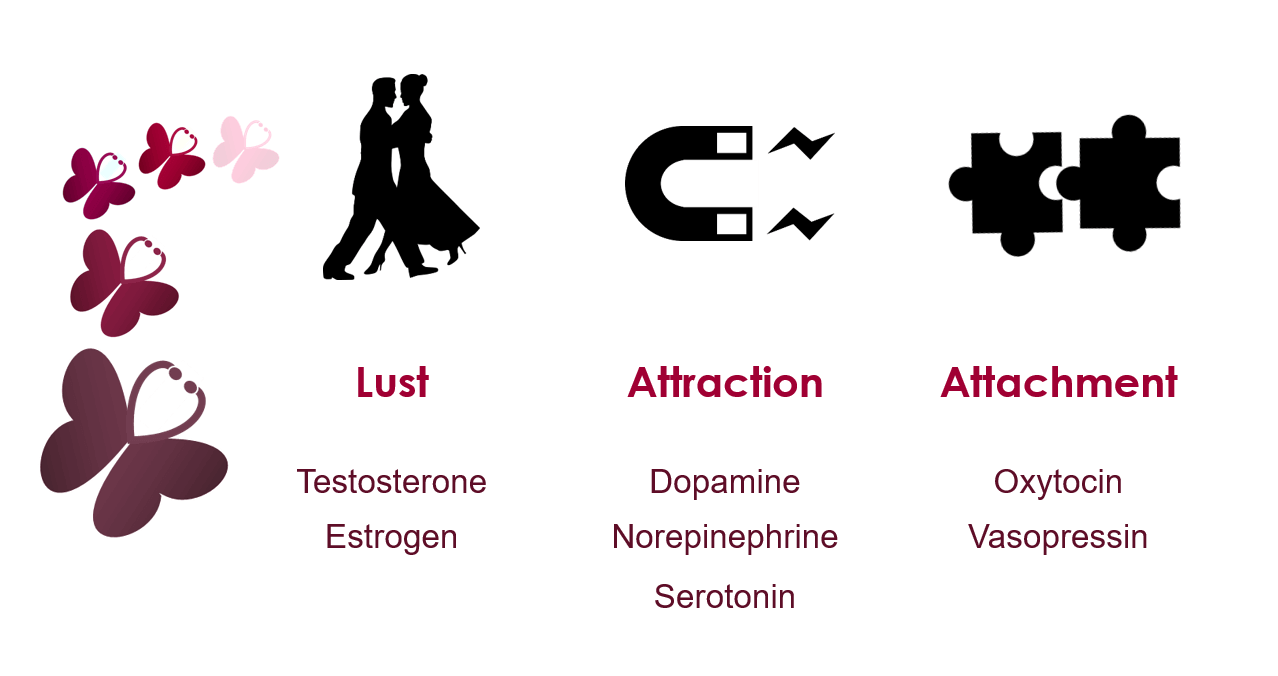 How Is Oxytocin Affecting My Relationship?
Ask A Licensed Relationship Counselor Today.
This website is owned and operated by BetterHelp, who receives all fees associated with the platform.

Oxytocin is a naturally occurring hormone in the body. Many studies have been conducted on the role of oxycontin. Sometimes nicknamed “the love hormone” or “the cuddle drug,” research indicates that oxytocin may play a role in:

While this is by no means an extensive list, oxytocin - among other hormones - has an important function. For example, the hormone melatonin is known for the role it plays in regulating sleep cycles. The human body and human experience are so deeply multifaceted and varying among individuals that it’s inaccurate to chalk it all up to one factor or one hormone for most things in life. Additionally, it’s crucial to note that oxytocin exists in people of all genders, not just men. With that in mind, let’s take a deeper look at the role of oxytocin.

First and foremost, despite being nicknamed “the love hormone,” oxytocin isn’t the only hormone that’s affiliated with love and attraction. Oxytocin increases in your body when you’re attracted to someone, and so do both serotonin and dopamine. It’s no secret that love feels good, and so, it makes sense that researchers have studied and continue to study the topic extensively.

According to an article published in TIME magazine a few years back, a study was conducted and subsequently published in the Proceedings of the National Academy of Sciences, which showed a connection between the desire and pleasure regions in the brain and oxytocin. More specifically, when the individuals included in the study received oxytocin in the form of nasal spray, these regions in the brain lit up when they looked at their partners, but not when they looked at photos of people they did not know. There’s also a relatively well-known link between oxytocin and social behavior. More studies need to be conducted, but suffice it to say that, with what we know now, oxytocin appears to play a clear role in what causes us to stick around with that one partner we choose.

Stress can be mental and physical. As in, it can impact your physical body as well as your mind and mental health. It is possible to stress your body physically just as much as it is possible to feel stress emotionally and psychologically. One thing that we know about stress is that, in small doses, it’s productive. Ongoing or prolonged stress, however, has serious health consequences. Research shows that oxytocin has the potential to promote anti-stress effects that are both mental and physical. The literature says that the release of oxytocin during stressful situations is affiliated with lower blood pressure readings, an increased threshold for pain, a lower heart rate, and lower cortisol levels.

Studies have shown that birthing people who have higher oxytocin levels can form stronger bonds with their babies. This is perhaps less surprising when considering that the oxytocin target organ is the uterus and mammary glands. This means that oxytocin is responsible for beginning a pregnant individual's uterine contractions when they go into labor. It is also responsible for the contraction of the person's mammary glands to promote the secretion of milk from their breasts.

In one study, over 60 birthing people had their oxytocin levels measured during their first and third trimesters. They were then observed interacting with their babies during the first month after delivery. Pregnancy was certainly influenced when it came to oxytocin, as were the parents' interactions with their children after birth.

Birthing people who had higher oxytocin levels during the first trimester were more attentive to their babies and bonded with them better. Further, higher levels of oxytocin in people throughout their entire pregnancy paid off in the long run as well, with these parents doting on their children more insofar as checking on their babies, worrying about them more, and even singing to them. 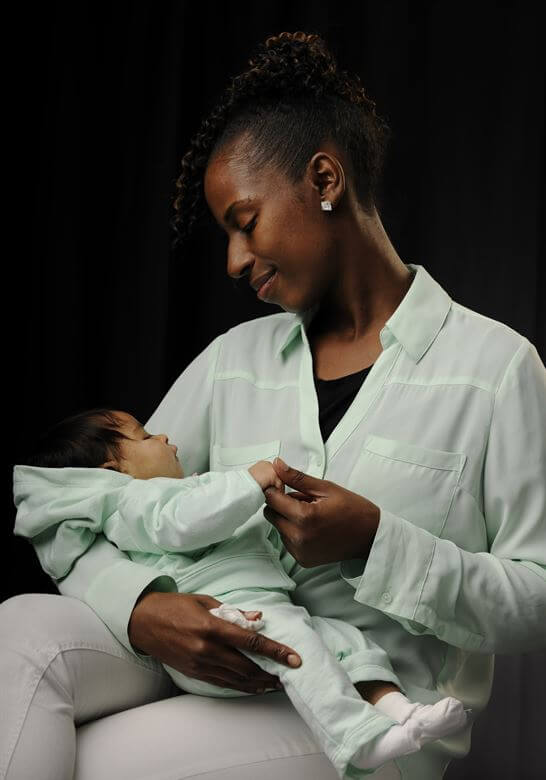 Prolactin and oxytocin are hormones that both play an important role in child-rearing. Prolactin is the hormone responsible for making breast milk. Interestingly, prolactin has some effect on over 300 different processes in many different vertebrates. For instance, in fish, prolactin is believed to regulate the balance between water and salt.

For those who have given birth, prolactin and oxytocin work together. The prolactin makes the milk, and the oxytocin releases the milk from the breast by contracting the parent's mammary glands. It is by way of these two hormones working together that a baby can feed.

While the baby is feeding, the nerves in the breast tell the brain to release both oxytocin and prolactin to make more milk. Once the baby stops nursing, and the brain stops receiving these signals, the prolactin will no longer be released, and milk production will cease.

Interestingly, when your prolactin levels are high, your estrogen levels are low. This is why those exclusively breastfeeding often don't see their periods return for several months after delivering the baby. Once an individual's period returns, they start to make more estrogen again and less prolactin. This can lead to an overall reduction in milk supply or only a temporary reduction while one has their period.

Interestingly, studies on oxytocin and anxiety show that it can both decrease or increase anxiety. Many different factors can contribute to things like anxiety and sleep disturbance or sleep disorders, so it’s important not to self-diagnose a deficiency or start taking any supplement without speaking to your doctor.

Have you ever wondered what happens in your body when you experience an orgasm? Oxytocin plays a role. When you have an orgasm, both dopamine and oxytocin are released into your brain. Interestingly, it’s not just about sex. Oxytocin is also released when we engage in other displays of physical affection, including but not limited to hugs, kisses, or even hand-holding. So, suppose you’ve ever noticed that you feel happier or experience a sense of comfort after holding someone’s hand or engaging in another form of physical touch. In that case, this is a strong biological reason as to why this might happen. 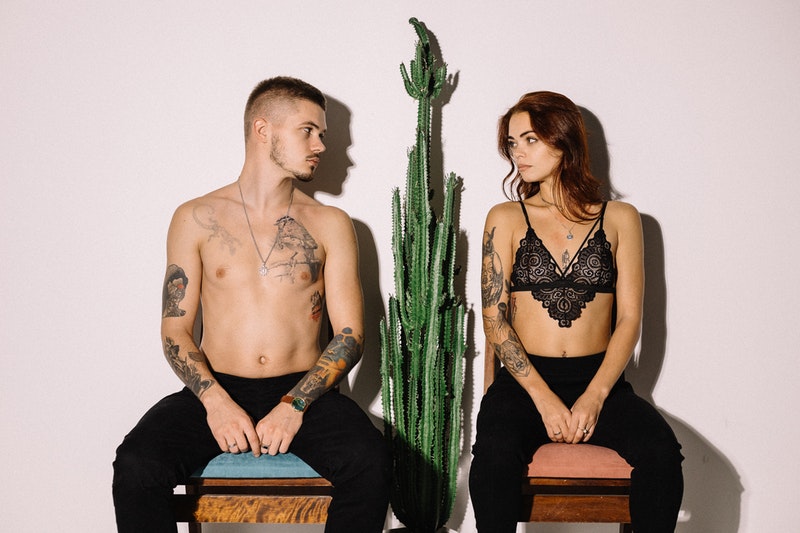 Oxytocin And Vasopressin In Dogs

We've covered many of the most major aspects of oxytocin's influence on the human body, so let's take a look at how it also affects dogs. Specifically, studies have shown that vasopressin and oxytocin can determine how aggressive or friendly a dog can be. In direct contrast to oxytocin, vasopressin is known to be the hormone responsible for aggression in humans. It has also recently been found to extend to dogs as well. 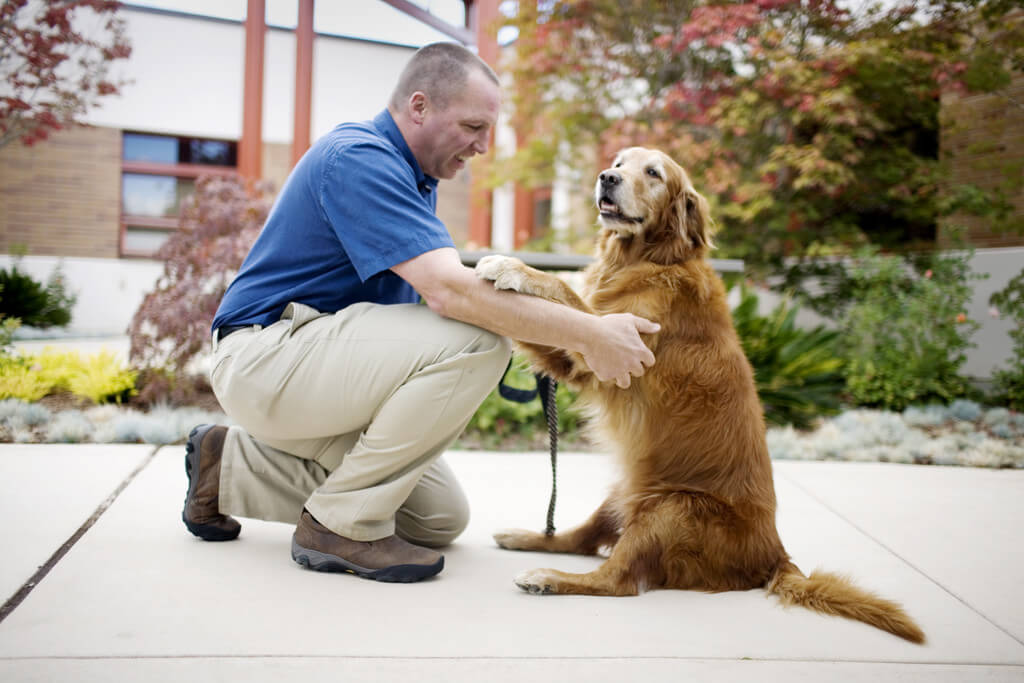 Interestingly, despite the risks that aggressive behavior in dogs can pose, we still don't know a lot about why certain dogs are more aggressive than others. However, in a recent study led by Dr. Evan MacLean, a professor at the University of Arizona, Dr. MacLean set out to study just that. He and his colleagues observed how dogs who were prone to unprovoked fits of aggression responded to dogs that were docile and non-threatening but were of similar body types and breeds.

What they found was that the aggressive dogs had higher levels of vasopressin. Service dogs, on the other hand, who were bred for their passivity, displayed higher oxytocin levels. This gives us a better glimpse into the behavior of aggressive dogs that are otherwise unprovoked, which can establish a better argument for all dogs having an individual personality, rather than grouping together all dogs of an otherwise nonexistent "aggressive breed."

What Do I Do If I Think My Hormone Levels Are Off?

Hormones can affect your physical and mental health. If you think that your hormone levels are off or believe that you may be experiencing concerns related to hormonal differences, please talk with your doctor to determine the next step. It is crucial to speak with a medical provider to ensure that no serious health concerns or conditions are missed and to ensure adequate treatment if applicable.

The mind and body are complex. If you’re struggling with interpersonal relationships, stress, anxiety, or something else that’s on your mind, support from a licensed professional such as a therapist or counselor can help.  BetterHelp makes it easier and more affordable to get the support you need from a licensed counselor or therapist. Regardless of if you see someone online or face-to-face, you deserve to get the support that you need.

Click here to learn more about online therapy through BetterHelp.

What Are Dopamine Pathways And How Do They Work?
For Additional Help & Support With Your Concerns
Speak with a Licensed Therapist Today