Is Autonomy Psychology A Thing And How Can I Benefit?

Nope, it's not a thing, per se, meaning there's no form of therapy and no school of thought called 'autonomy psychology.' However, autonomy in psychology is a thing, with a great number of associated definitions, applications, meanings, and so forth. For this article, we're going to look at autonomy's relevance in positive psychology, and how this can benefit the individual.

Definition And Explanation Of Positive Psychology

According to the Positive Psychology Center at the University of Pennsylvania, USA, this form of therapy is "…the scientific study of the strengths that enable individuals and communities to thrive. The field is founded on the belief that people want to lead meaningful and fulfilling lives, to cultivate what is best within themselves, and to enhance their experiences of love, work, and play."

According to Martin E.P. Seligman, Ph.D, (considered the father of positive psychology) and Mihaly Csikszentmihalyi, in their article 'Positive Psychology - an Introduction', psychiatry and psychology's exclusive focus on pathology and a disease-model of human functioning, has dominated the field so much that it resulted in "a model of the human being without any features that make life worth living."

They go on to suggest that psychology should be able to help determine the kinds of families that help children flourish, as well as the type of work milieu that supports and satisfies laborers. Regarding the field of politics, they suggest that psychology should investigate what policies would ensure the strongest civic engagement, but most importantly, it should be able to help document how people's lives can be most worth living.

Yet, the authors state, psychologists have scant knowledge of what makes life worth living. "They have come to understand quite a bit about how people survive and endure under conditions of adversity. However, (they) know very little about how normal people flourish under more benign conditions."

One aim of positive psychology, according to Seligman and Csikszentmihalyi, is to be an agent of change in the focus of psychology - "From preoccupation only with repairing the worst things in life to also building positive qualities."

Positive psychology sounds great, but how does it relate to autonomy? 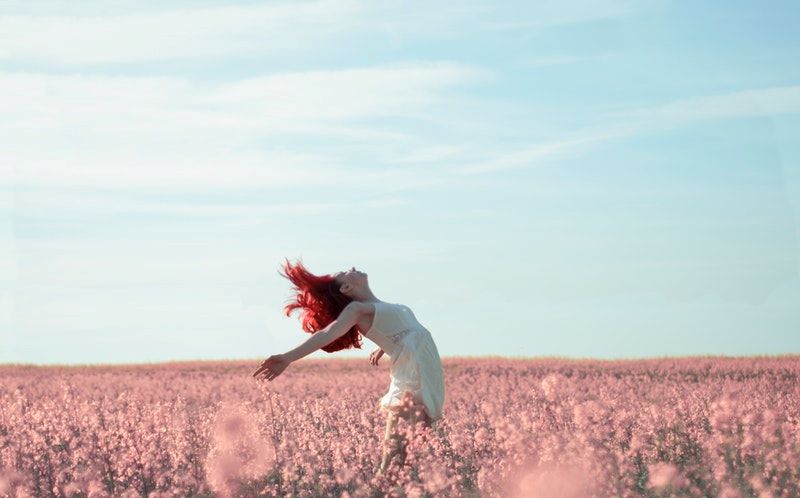 Autonomy is defined by dictionary.com as, "independence or freedom, as of the will or one's actions." Positive psychology is strongly associated with self-determination theory, which was formulated in the 1970s by researchers Edward L. Deci and Richard M. Ryan. It focuses on human motivation, personality, optimal functioning, and explores three human psychological needs that are considered 'universal necessities':

Self-determination theory also theorizes and investigates the role of motivation in human experience and happiness, in which autonomy plays a prominent role.

Motivation is, in simple terms, the 'energy for action,' or that which moves people to act. Deci and Ryan distinguish between two loci for personal motivation - intrinsic and extrinsic. 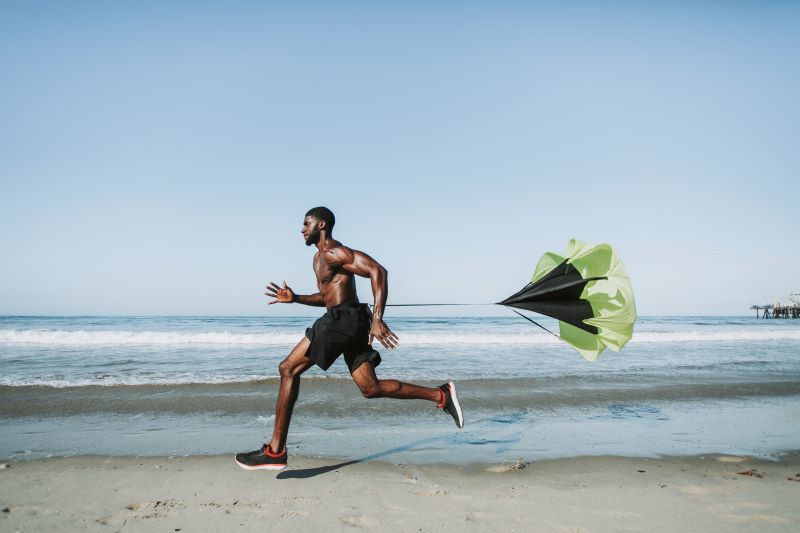 They define intrinsic motivation as the "doing of an activity for its inherent satisfactions rather than for some separable consequences." In practical terms, this is best illustrated by the example of the consummate musician. For instance, he or she writes music and initially performs their work for the enjoyment and sense of fulfillment this brings, and not for much else. Many successful bands or singers will communicate how they 'suffered' for their art through financial and physical hardship, but their intrinsic motivation was so strong that they never gave up.

Extrinsic motivation, on the other hand, is defined as "a construct that pertains whenever an activity is done to attain some separable outcome," which is lofty language to explain what motivates the majority of people most of the time.

A good illustration of extrinsic motivation would be the example of two women who visit the gym regularly - one to swim, the other to work out on the machines. The latter toils and sweats on the machines because she needs to lose weight to improve a health condition. The other is like a fish in water who swims purely for the joy of it. For the first, the motivator is extrinsic (her health issue); for the other, the motivator is intrinsic (the joy of using her body).

Controlled Motivation - Controlled motivation, on the other hand, is just the opposite. Think 'pressure, obligation, and coercion' to act in a certain way - the plight of most people in modern society. Without getting too technical, it can be said that controlled motivation means that external forces, factors and motivators control a person's motivation.

Why Is Positive Psychology Necessary?

To answer this question, it will be necessary to turn the pages of human history back a bit. Seligman and Csikszentmihalyi state, in their article above, that psychology, in general, had three goals before World War II:

The principles of positive psychology in the literature of the day were, while not unheard of, still relatively scarce. They were traceable, however, in the work of Terman et al. on marital happiness and giftedness; also in Watson's commentary on good parenting, and Jung's work regarding man's search for, and discovery of meaning in life.

A Big Shift In Focus

After World War II, two economic events changed the face of psychology in America, according to the authors. With the founding of the erstwhile Veterans' Administration (now Veterans' Affairs) in 1946, the opportunity for thousands of psychologists to earn a living through treating mental illness became viable. A year later, the National Institute of Mental Health was born, and together it became possible to for academics to get grants for research in pathology. These events brought about major shifts in focus, namely: 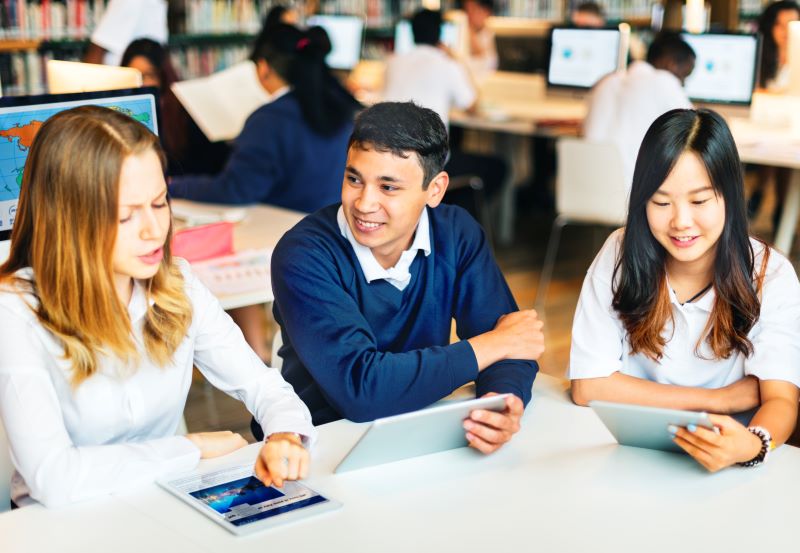 Author Csikszentmihalyi, who lived through WWII as a child, realized the dire need for a change in European psychology. In his own words: "As a child, I witnessed the dissolution of the smug world in which I had been comfortably ensconced. I noticed with surprise how many of the adults I had known as successful and self-confident became helpless and dispirited once the war removed their social supports. Without jobs, money, or status, they were reduced to empty shells."

During this horrific time, Csikszentmihalyi also noticed men and women who remained full of integrity and purposeful despite their circumstances, with a serenity that "was a beacon that kept others from losing hope." He also noticed that they were not necessarily persons of excellent education, high social stature or who possessed any great skill, which caused him to ponder the source of their inner strength.

After much research and reading across many disciplines, Csikszentmihalyi stumbled upon Jung, Freud and other psychologists of the 1950s. This set him on his path of later studying psychology in America, and, after many years, he arrived at the conviction that psychology is not only a study of "pathology, weakness, and damage; it is also the study of strength and virtue. Treatment is not just fixing what is broken; it is nurturing what is best."

Benefits of Autonomy And Positive Psychology

The astute reader would have surmised by now that autonomy in psychology is one of its positive and very desirable aspects. We have been trained to see ourselves as damaged and tend to ask for psychological assistance only when in deep trouble. Also, we have never been shown how to mine our deepest and very individual strengths and virtues as motivators for our behavior. In this sense, positive psychology can be a very valuable tool for building resilience, serving society, and thus finding personal fulfillment in life. 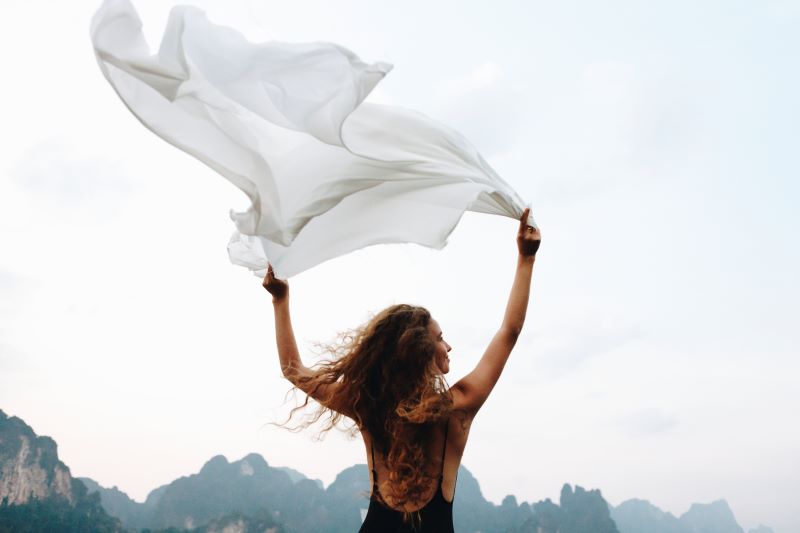 BetterHelp can provide therapists specifically trained in positive psychology to assist a person in his or her quest for autonomy and personal freedom. They are equipped to not only help one deal with a personal crisis but also to supply a person with the tools needed to help him or she thrives.

Previous Article
The Use Of The Rorschach Inkblot Test In Psychology
Next Article
Understanding Pop Psychology
For Additional Help & Support With Your Concerns
Speak with a Licensed Therapist
The information on this page is not intended to be a substitution for diagnosis, treatment, or informed professional advice. You should not take any action or avoid taking any action without consulting with a qualified mental health professional. For more information, please read our terms of use.