Catatonic Behavior: What Causes It, And How Harmful Is It?

You might have heard the term catatonia before. But what exactly is catatonic behavior? Is there any one thing which causes it, or are there multiple potential causes? Is it harmful, either in the short or the long term? Those are the questions that we shall explore as we examine this potentially disturbing phenomenon. Would You Like To Talk To Someone About Catatonia?
Our Therapists Can Help You Understand It

What Is Catatonic Behavior?

The terms "catatonia" and "catatonic behavior" are sometimes used interchangeably. They refer to when a person has a significant decrease in their reactive behavior to their environment. Usually, when a person is exhibiting catatonic behavior, then you will observe motor rigidity in them, negativism, mutism, or stupor. However, while most people think of those who are catatonic as being dead to the world, sometimes they will also show a kind of purposeless excitement. There is no doubt that these symptoms can be debilitating for the person who is exhibiting them as well as frightening for their family and friends.

Several different conditions can lead to catatonic behavior. Some of them include major depressive disorder, bipolar disorder, and schizoaffective disorder. People with schizophrenia can develop the symptoms from time to time, and certain other medical conditions and medications can also be the cause. Let's look at some of the symptoms associated with the condition.

This is what comes into most people's minds when they hear the expression "catatonic." A person who has gone into a stupor might appear to be awake, or at least their eyes may be open even if they are nonresponsive. Their eyes might be closed as well. Their body will likely appear rigid, as though they are stiff as a board. They do not seem as though they could move or even blink. They don't speak or respond, no matter how much others around them are prompting them to do so. If it is not treated, this can last for hours or even days. The sooner you can get a catatonic person examined by a doctor, the better. Catania can also manifest with the individual performing strange involuntary movements. They might stay in what seem to be extremely uncomfortable positions for hours at a time with no urge to move into a more natural posture.

A catatonic person might repeat a series of seemingly irrational movements, or they might make exclamations that seem to have no outside stimulus as a cause. They might pace in a repeated pattern and become agitated if they are interrupted. There may also be parrot-like repetitions of words or phrases. This is what is called echolalia.

Other Symptoms Associated With Schizophrenia

Those individuals who have schizophrenia and display catatonic symptoms can also have several other ones that will likely be alarming both to themselves and to anyone who might be observing them. They may have a decreased ability to express emotions. They might have social difficulties and problems with self-care. They are likely to have cognitive issues. Delusions and hallucinations are also possible.

If someone is displaying catatonic symptoms, then schizophrenia is one of the first things that is going to be suspected because of the way that one so often goes with the other. However, as we mentioned, certain other conditions can lead to it. But how can a doctor go about making a diagnosis as to what's causing it?

A series of psychological evaluations and medical tests are going to be necessary before a doctor can say with any certainty what is happening with someone who is catatonic. There is no particular lab test that can say for sure whether a person is catatonic or not. Instead, the doctor will make that pronouncement based on an individual's actions.

Tests will be run first to rule out some of the more obvious possibilities, like drugs or alcohol. If the person hasn't been using either of those, then some neurological tests should occur next. An EEG and an MRI are standard practice for someone who has become catatonic. A lesion in the brain might be causing it, or unusual brainwave patterns.

The psychiatric evaluation will also feature a portion where the doctor asks the person a series of questions. They'll need to wait to do this until the symptoms of catatonia have subsided to the point where the individual is lucid. The doctor will likely ask things like how long the symptoms have been going on and whether there is any history of this sort of thing taking place with other family members. There is some evidence of family history playing a part in the tendency to display catatonic symptoms.

The Danger Of Misdiagnosis Exists

There is certainly a danger of misdiagnosis with catatonia. The problem is the way that it wreaks havoc with the motor functions of the human body. This can make catatonia appear like something else, such as Tourette's Syndrome or tardive dyskinesia. A doctor may need to take days or weeks before they are accurately able to classify someone as catatonic. Would You Like To Talk To Someone About Catatonia?
Our Therapists Can Help You Understand It

The most common ways of treating someone who is catatonic are through the administration of various drugs. There are benzodiazepines like Ativan that seem to produce some good results. They treat the central nervous system, and people with anxiety are prime candidates for them. They are fast-acting drugs, so someone who is catatonic might be able to shake off the symptoms rather quickly when they start using them. However, everyone's physiology is different, so you shouldn't expect anyone result. For some individuals, relief might be longer in coming.

There is a debate about the use of antipsychotic drugs for the treatment of catatonia. In rare cases, they might make the symptoms worse. This, unfortunately, is something that goes along with medical science. Just because something works for ten people, or twenty, there are still always going to be outliers. Still, the best thing is to try what has worked for the majority of others and to hope for the best. There are some other options if antipsychotics don't work.

ECT was once known as electroshock therapy. It is another possibility for someone who is catatonic, though doctors usually only like to try it if other attempts at reviving the person have failed. The idea is that a jolt to the central nervous system will allow the person's brain to "reset." A low dosage will be used to be as noninvasive as possible for the individual. That's usually enough to awaken the person from their state and get them back to lucidity so that other tests can be run with their cooperation.

How Harmful Is Catatonia?

As for how harmful catatonia is, that's not an easy question to answer because the condition can take several different forms or manifest with multiple symptoms. In and of itself, catatonia should not be thought of as harmful. The rigidity should subside in time, and the person should become aware of their surroundings again. The administration of drugs or other treatments should speed up the process.

However, there is always the case that if the catatonic person is up and engaging in a series of repetitive movements that they might run into something and harm themselves because they are not fully aware of their surroundings. That is why, if you have a family member or friend who has become catatonic, then you need to watch them closely till a doctor can examine them. It is not inconceivable that they might harm themselves or those around them if you do not exercise caution. It's best to try and keep them calm until medical help can be summoned.

The Effects Of Catatonia On A Family

A person who has become catatonic does not do so for no reason. There might be several medical reasons for what is happening, but while you're waiting to figure out what is going on, you are no doubt going to be highly concerned about your loved one. 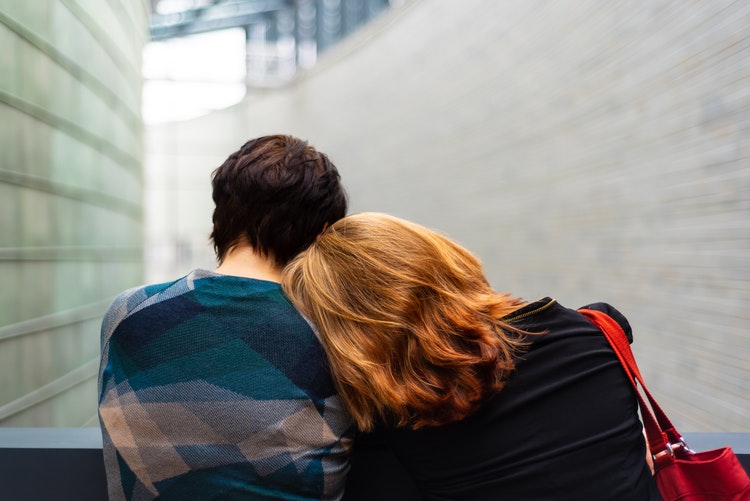 The thing to do is to try and not jump to any conclusions about what is happening. Yes, the symptoms of catatonia can be frightening since you don't know what's behind it till after a doctor's examination. In most cases, though, a form of treatment will be discovered that will alleviate the symptoms and get the person back to their old self again. The condition is understood at this point better than it ever was before, and there are many more options than there once were when it comes to treatment and medication.

If you have firsthand experience with catatonia because someone you know is experiencing it, then you need to be sure and get them medical help. Once that is accomplished, you can wait to hear from a doctor about what is most likely happening with them. Be patient as you're waiting for diagnosis since it might not come immediately, due to their being multiple possible reasons for the condition.

Once you know what's happening with the person in your life who is catatonic, you might have some feelings about it and want to discuss it. You can talk to a mental health professional and get some of your emotions out in the open. Knowing someone who has become catatonic can be scary or intimidating, but chances are it's not going to prove to be anything life-threatening.

Previous Article
Examples Of Compensatory Behavior In Eating Disorders
Next Article
Behavioral Health: How Habits Affect Your Mental And Physical Health
For Additional Help & Support With Your Concerns
Speak with a Licensed Therapist
The information on this page is not intended to be a substitution for diagnosis, treatment, or informed professional advice. You should not take any action or avoid taking any action without consulting with a qualified mental health professional. For more information, please read our terms of use.