Love In Greek: Classical Ideas Of Love And Romance

From tragic myths to Athenian philosophy, the Ancient Greeks offer a unique perspective on love and romance. While there are many unsavory elements to classical mythology, including rape, incest, and murder, there are also touching stories of loyalty and longing that still resonate today.

While English refers to all types of love by the same word, including love for family, friends, and significant others, Ancient Greek has several different words to describe feelings of love and affection. This more precise language allows Greek to distinguish between sexual love, love between friends and family, and love for humanity as a whole. 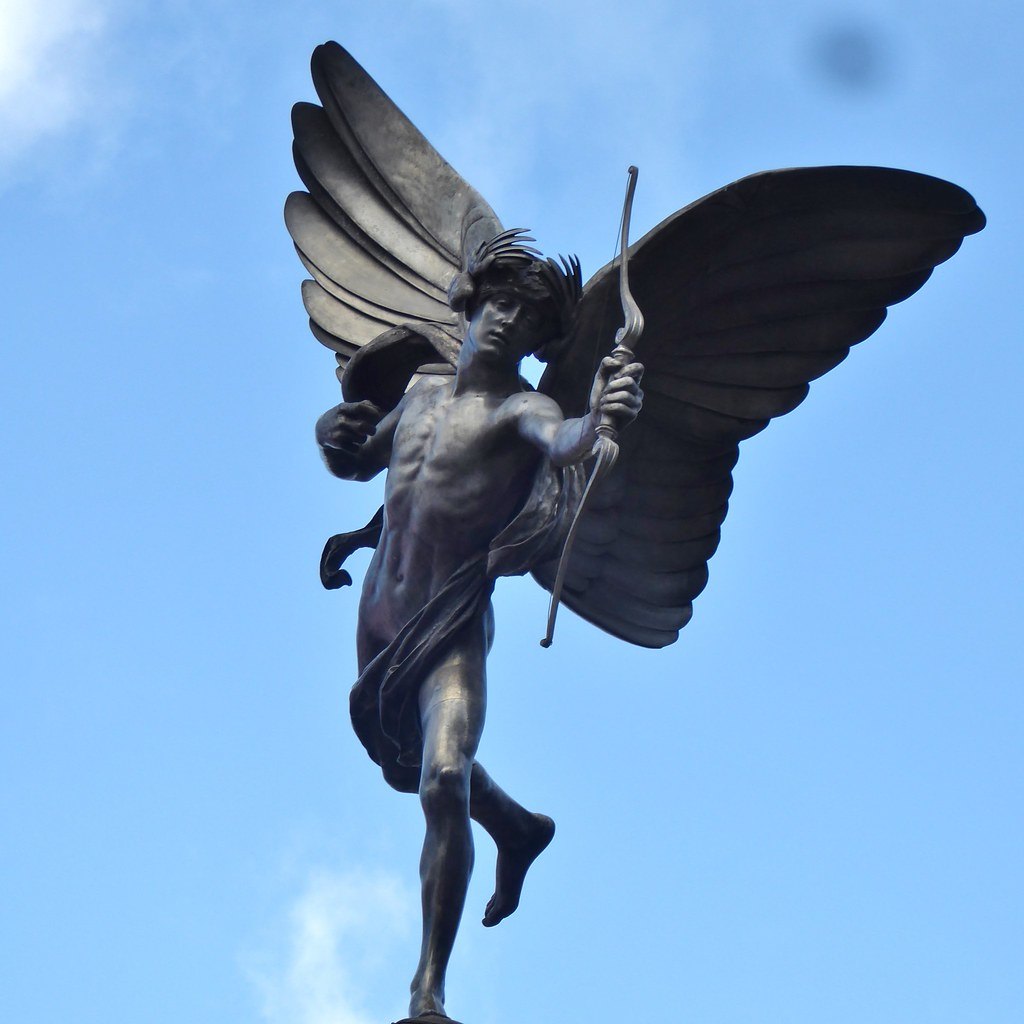 Eros refers to sexual lust and passion. Eros can be felt for any gender, in both married relationships and more casual sexual liaisons. Eros is also the name of the Greek god of love, whose Roman counterpart is Cupid. Sometimes depicted as an infant or a young man, Eros is the culprit behind many mythological love stories in Ancient Greece. Eros is also closely associated with Aphrodite, the goddess of love, beauty, and passion, who is often identified as his mother.

While Eros is often characterized as a positive and life-giving force, it can also lead to tragedy, and even to madness. Greek mythology and tragedies are full of tragic love stories, misplaced sexual affection, and ruinous consequences.

Although primarily sexual in 5th-century philosophy and beyond, the scope of Eros is broadened to include the philosophical life more broadly. Eros need not necessarily be physical, but can instead refer to a yearning for knowledge of the beautiful, the good, and the true. 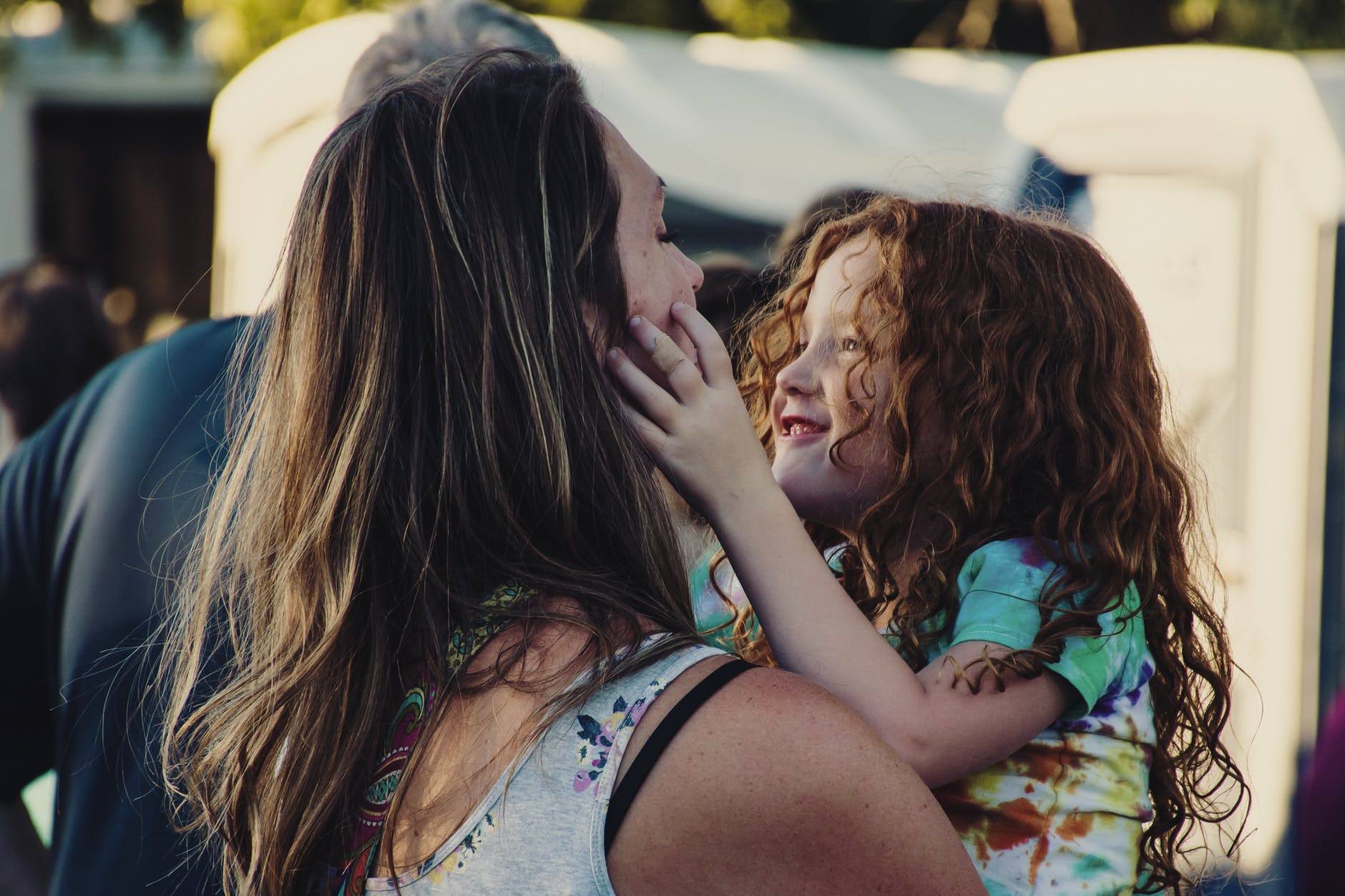 Agape is a type of unconditional love that refers to love for one's children, family, and spouse, as well as the community more generally. In Christian theology, agape can also indicate God's love for his creation.

Love And Mythology In Ancient Greece

Love and romance are an enduring subject throughout Greek mythology, with stories of successful couples that brave the odds as well as tragic tales of loss and betrayal. These stories compose a rich tapestry of myth and legend and are the subject of many subsequent poems, plays, and works of art.

Ariadne and Theseus are featured prominently in the legend of the Minotaur. Ariadne was the daughter of King Minos of Crete. Underneath the Cretan palace, Minos kept a minotaur in a maze, to whom he sacrificed Athenian youths each year. In an attempt to halt the sacrifices and defeat the minotaur, Theseus, the son of the king of Athens, traveled to Crete with the sacrificial party. With Ariadne's help, Theseus was able to navigate the maze, kill the minotaur, and escape the island.

In most versions of the myth, after Ariadne and Theseus flee Crete, Theseus abandons her on the island of Naxos. While Ariadne is distraught at this abandonment, she is rescued and wooed by the god Dionysus, to whom she later bears several children. Ariadne and Theseus' story runs the gamut from initial romance, to adventures together, to eventual betrayal. Nevertheless, the story has a satisfying conclusion, with Ariadne ascending to the status of a demigoddess as Dionysus' wife.

The story of Medea and Jason is another famous myth that has spawned many other reinterpretations throughout history. When Jason travels to Colchis in his quest for the Golden Fleece, he encounters Medea, the daughter of the king. Medea falls in love with Jason and assists him in his quest. Medea is a sorceress, who uses her power in order to assist her lover in completing the three tasks set out for him. In some versions of the story, she makes Jason promise that he will marry her in exchange for her help.

Jason and Medea take the fleece and sail away, with Medea murdering her brother during their escape. Medea and Jason have several other adventures together, as well as several children. When they arrive in Corinth, however, Jason abandons Medea in favor of the king's daughter, Glauce. Mad with grief and rage, Medea kills Glauce with the gift of a poisoned dress. Medea then proceeds to kill her own children in an ultimate act of revenge against Jason. This startling portrayal of murder and revenge in the ancient world has been a popular topic for art throughout the centuries, and Medea remains a striking, and at times disturbing, the character of legend. 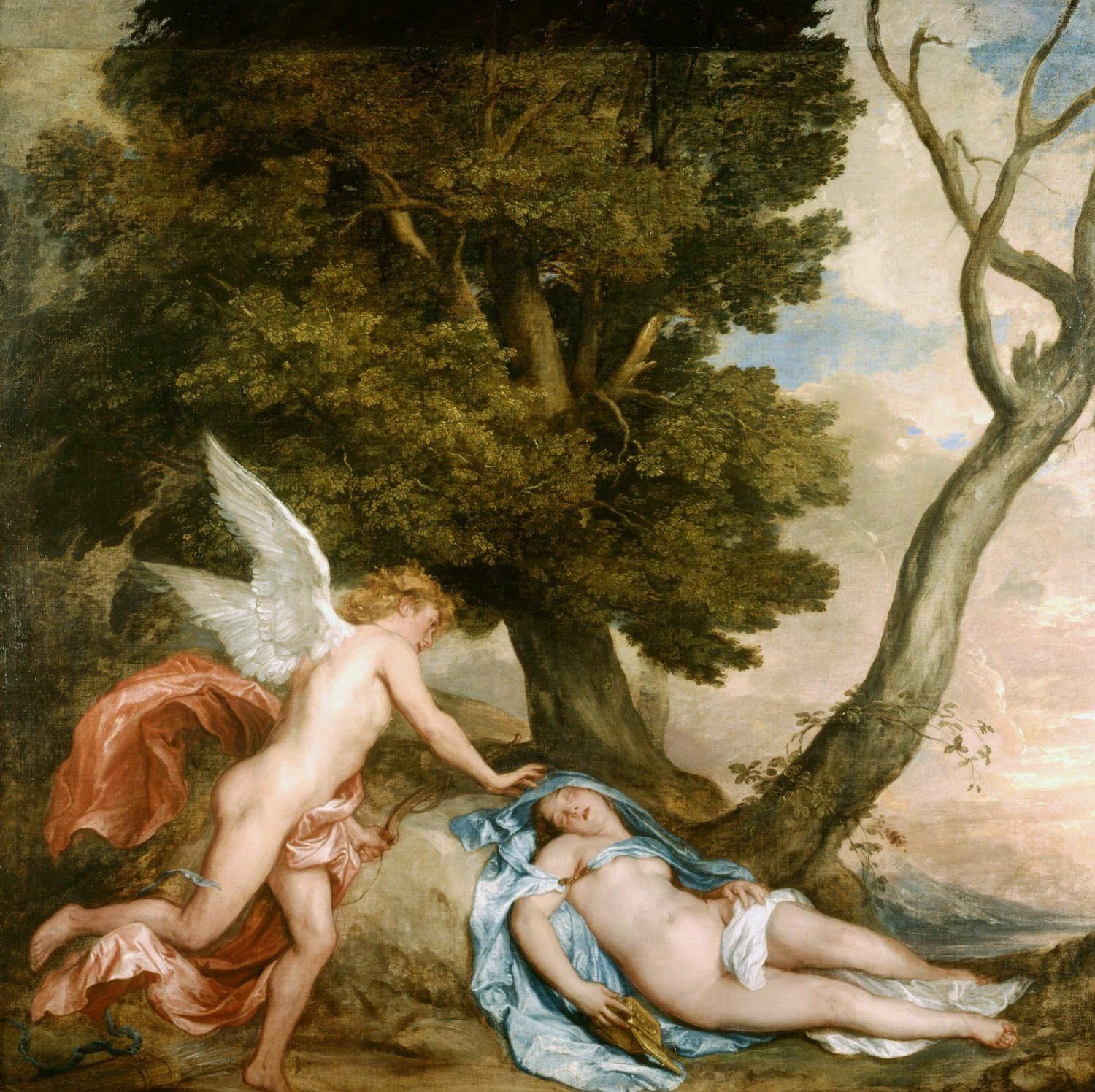 Psyche is a beautiful princess, whose suitors venerate her in place of Aphrodite. Outraged by this usurpation, Aphrodite sends her son Eros to shoot Psyche with one of his arrows and cause her to fall in love with something ugly. Instead, Eros accidentally pricks himself with his own arrow and falls madly in love with Psyche.

Psyche is soon whisked away to a secret bower, where Eros visits her only under the cover of night to consummate their love. After encouragement from her sisters, Psyche tries to uncover Eros' identity, but only succeeds in pricking herself on one of his arrows and falling even more in love with him. Eros flees, and Psyche is forced to wander the earth searching for him.

Psyche eventually comes into the control of Aphrodite and must complete a series of increasingly challenging tasks in order to appease her, including sorting grain, retrieving golden wool, bringing backwater from the river Styx, and even traveling to the underworld. Through the help of other supernatural beings, Psyche is able to complete all of these tasks. At the end of the myth, Psyche and Cupid are reunited and married, and Psyche is allowed to drink ambrosia and become a goddess.

Odysseus is one of the heroes of the Trojan War, renowned for his skill with words and crafty nature. After the ten-year war, however, Odysseus is swept off course on his return home and spends another ten years wandering the seas in an attempt to get back to his wife, Penelope, and his son, Telemachus.

Penelope, meanwhile, must spend ten years fending off ravenous suitors eager to marry her and claim Odysseus' ancestral lands. Penelope, too, is known for her crafty nature and tricks the suitors into accepting her delays when it comes to a new marriage. When Odysseus finally is able to return home, the two are reunited, and Penelope is rewarded for her fidelity and patience.

Hector and Andromache are two other mythological figures whose stories are chronicled in Homer's epics. Hector is a prince of Troy, set to defend his city against the invading Achaeans. Andromache is his wife and the mother of his infant son. Several poignant scenes in the Iliad depict them interacting with one another and professing their love for each other. Tragically, Hector is killed by Achilles outside the gates of Troy, leaving behind Andromache and their child.

Helen is the cause of the Trojan War, the face that launched a thousand ships, while Paris is her lover and accomplice. Their story begins as Paris herds sheep on a distant mountain, where three goddesses approach him in order to judge a contest to determine who is the most beautiful. Paris judges Aphrodite as the most beautiful, in return for which she promises him the world's most beautiful woman, Helen of Sparta.

Helen is married to Menelaos, the king of Sparta, and when Paris steals her away to Troy, Menelaos follows with a vast army of Achaeans in order to bring back his bride. The Trojan War ensures, with much blood spilled on both sides. After the end of the war, Helen returns to Sparta with her former husband.

The story of Eurydice and Orpheus is another classic myth that has engendered many different interpretations and retellings. In the myth, Orpheus is a skilled musician, who falls in love with the beautiful Eurydice. Despite the happiness of their initial marriage, it is prophesied to be short and tragic. While in the forest, Eurydice is bitten by a poisonous snake and dies.

Orpheus is overcome with grief and plays his sorrows on his lyre for the entire world to hear. He decides to descend into the underworld in order to retrieve his beloved. Protected by the gods, Orpheus is able to traverse the underworld and make his case to Hades and Persephone. They strike a bargain that Orpheus may retrieve Eurydice, but only if she follows behind him on their ascent through the underworld, without him glancing back at her. 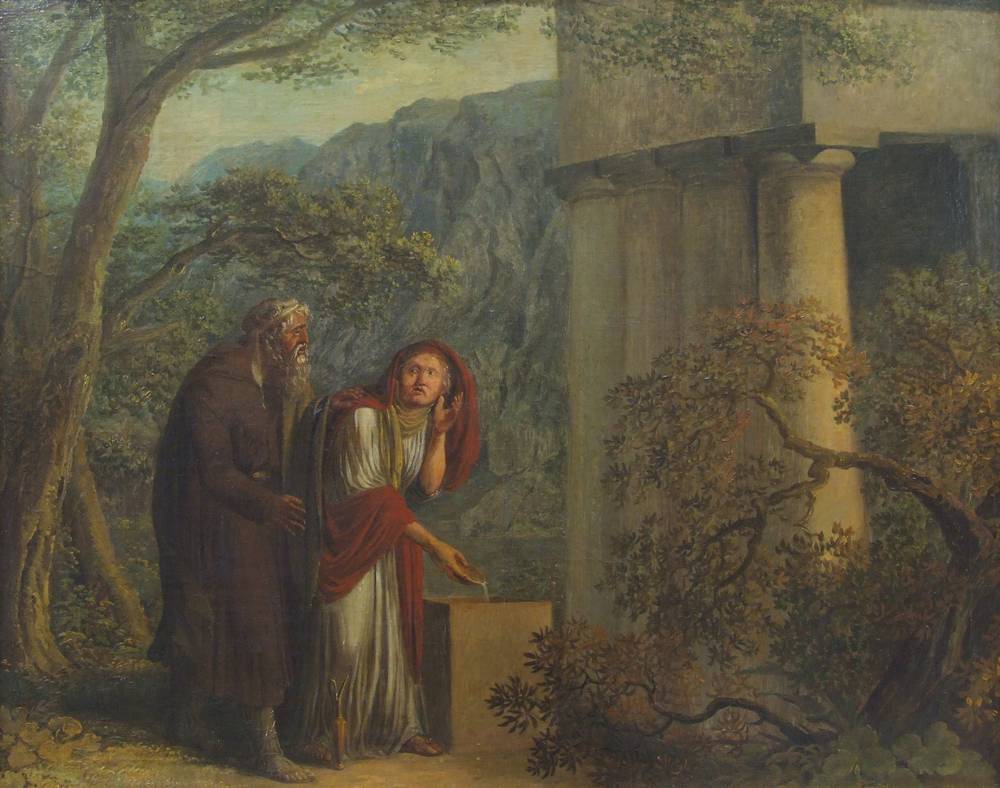 Philemon and Baucis are a married couple living in a humble home in Greece. They are visited by Zeus and Hermes in disguise and are the only ones in their village to welcome them into their household. They serve the god's food and drink and soon realize that they are divine. While Hermes and Zeus destroy the rest of the village for their lack of hospitality, they spare Philemon and Baucis.

Throughout all of these ancient stories, themes of love and loss, marriage and betrayal run strong. In the present day as in the ancient world, romance can be a fraught topic. If you're struggling with romantic relationships and need help, there are plenty of resources available to you. Whether you're seeking professional help or just need someone to talk to, BetterHelp has a variety of online therapy sources with qualified staff to assist you in whatever you need. Get in touch with us today to learn more!

Taking A Chance On Love: The Potential Risks And Rewards

"I Love Me": Learning To Love Yourself
For Additional Help & Support With Your Concerns
Speak with a Licensed Therapist Today

Are You In A Relationship With A Narcissist? Here Are 6 Narcissistic Love Patterns To Watch Out For How To Know When It's Time To Walk Away From Love What Is The Love Hand Sign? Expressing Love In Different Ways And Languages Is He Truly In Love? Questions You Can Ask Your Boyfriend To Find Out I Love Your Soul: The Power Of Intimate Connections I Love Love - Is It Codependency? What To Do When You're Addicted To Love
The information on this page is not intended to be a substitution for diagnosis, treatment, or informed professional advice. You should not take any action or avoid taking any action without consulting with a qualified mental health professional. For more information, please read our terms of use.
Your session is about to expire!