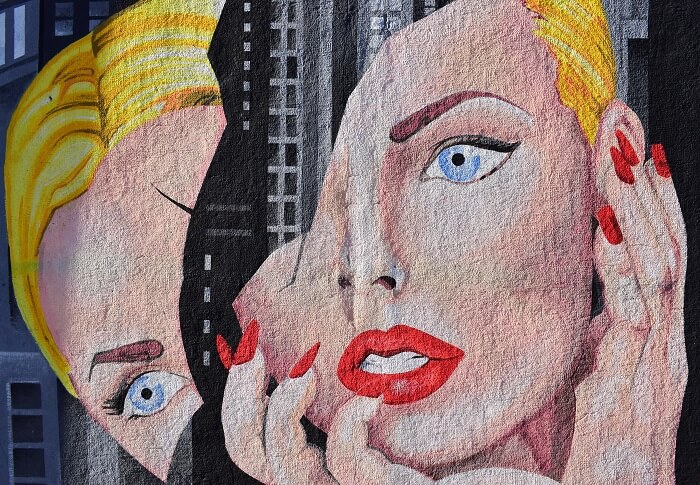 Multiple Personality Disorder or (MPD) is one of the most fascinating and most controversial mental illnesses. MPD is no longer the correct term for the illness, it is now known as Dissociative Identity Disorder (DID) and DID is no longer classified by the Diagnostic and Statistical Manual, now on its fifth edition, as a personality disorder.

According to the DSM-V a personality disorder is "an enduring pattern of inner experience and behavior that deviates from the expectations of individual's culture, is pervasive and inflexible, has an onset in adolescence or early adulthood, is stable over time and leads to distress or impairment."

DID, unlike a personality disorder, develops in childhood because of exposure to severe trauma or abuse. The traumatic experience could start as early as infancy or later in childhood, however the onset of DID tends to be in early childhood. No one is born with DID, and it develops over time. The abuse the individual endures comes in many forms. They could be neglected, physically, sexually, or emotionally abused.

The problem with DID is that it's relative and that makes it challenging for mental health professionals to treat. The severity of the illness depends on what abuse the person was subjected to and the nature of their environment. Someone with DID is used to an inconsistent home life where neglect or harm is the norm. When a human being is born, it inherently knows the concept of survival. An infant can't articulate that they need food, but they will cry to get their needs met. A person with DID is used to a chaotic life and they cannot predict whether or not their needs will be met.

Many people do not know what DID is because they've never met someone with the illness or read about it. Some people's knowledge of DID may stem from characters in fictional works, television court cases, and movies. People with different personalities contribute to an interesting plot twist or a shocking ending.

These portrayals may even lead people to wonder if DID is an imagined illness. Some experts argue DID should not be viewed as a separate illness, but is rather a by-product or effect of other illnesses like Borderline Personality Disorder while others insist it's a disorder in its own right.

Regardless of the controversy, DID is a disorder that affects approximately 1% of the population across the world. It is a complicated psychological condition caused by a number of factors. Individuals of any race and sex can develop the disorder however, it is more common in Americans and the number of women suffering from DID is higher than men. This could be because women are ten times more likely than men to be a victim of childhood abuse.

Dissociative Identity Disorder is defined as a disorder in which two or more distinct and separate personalities (known as alters) exist within an individual. Some people with DID refer to their personalities as parts, alters, others, or head mates. It depends on the individual's preferences with regard to identity. Most people are guilty of occasionally checking out or shutting down emotionally to escape from pain or trauma. For someone with DID, dissociation may be overt, during which seemingly different personalities are easily observable, or it may be covert, or less obvious to both the person with the experience and those around them. Most cases of DID are covert rather than overt in presentation. 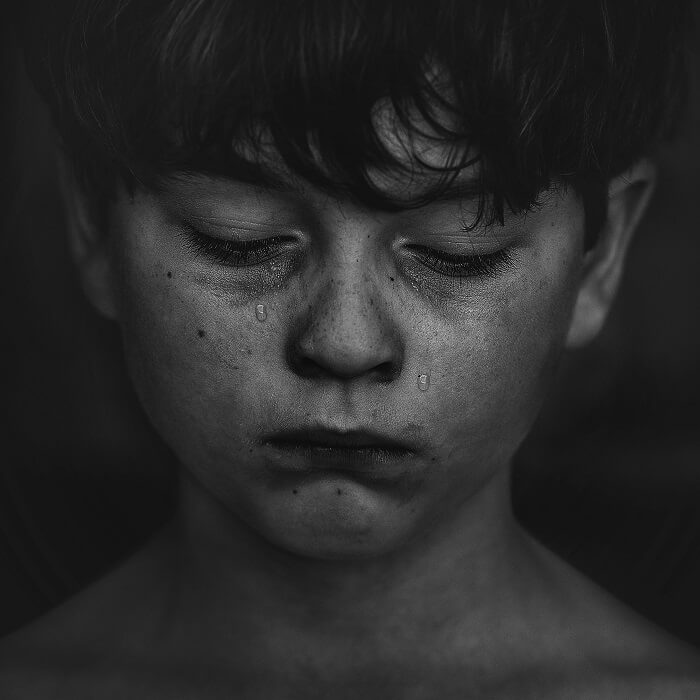 As previously stated, one of the primary causes of DID is due to an individual's childhood abuse. They experience a serious traumatic event as a child, typically before the age of nine. It can be sexual, physical or emotional abuse and is usually severe, for instance being repeatedly and regularly sexually abused.

Someone who has DID develops it as a way of coping with the trauma the individual has suffered. They remove themselves from the painful situation and an alter or part takes over to protect them from pain or suffering. DID is the culmination of an individual's inability to integrate their memories, trauma, and consciousness within one single identity. Research shows that DID is often comorbid with PTSD.

When someone goes through a shocking experience too difficult to handle in that moment, they repress the experience in order to cope. They may live in a state of denial regarding this trauma and often can't access it. With DID, the individuals create a separate identity or awareness in order to protect themselves from the traumatic experience. Alters or parts represent different aspects of the host or individual who lives with DID.

Alters can switch back and forth or become dominant within the patient. Alternations between awarenesses can be triggered by an event or circumstance, and the patient may or may not be aware of them. Amnesia is frequently reported by witnesses and patients themselves. They may experience gaps in memory, be unable to remember major life events, or even gaps in memory as to how or why they are in a certain place. 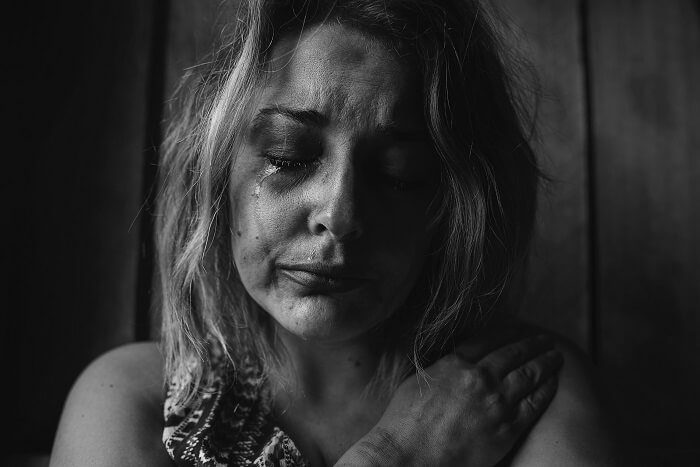 A transition may be triggered by both positive and negative situations. For example, being in an amusement park environment could trigger a child alter to come out to experience the joyful atmosphere. A negative experience (such as a fight or flight) can trigger a more protective awareness to emerge to protect the patient.

A 'switching' episode can last anywhere from minutes to hours to even days. The switches can be gradual or extremely quick. 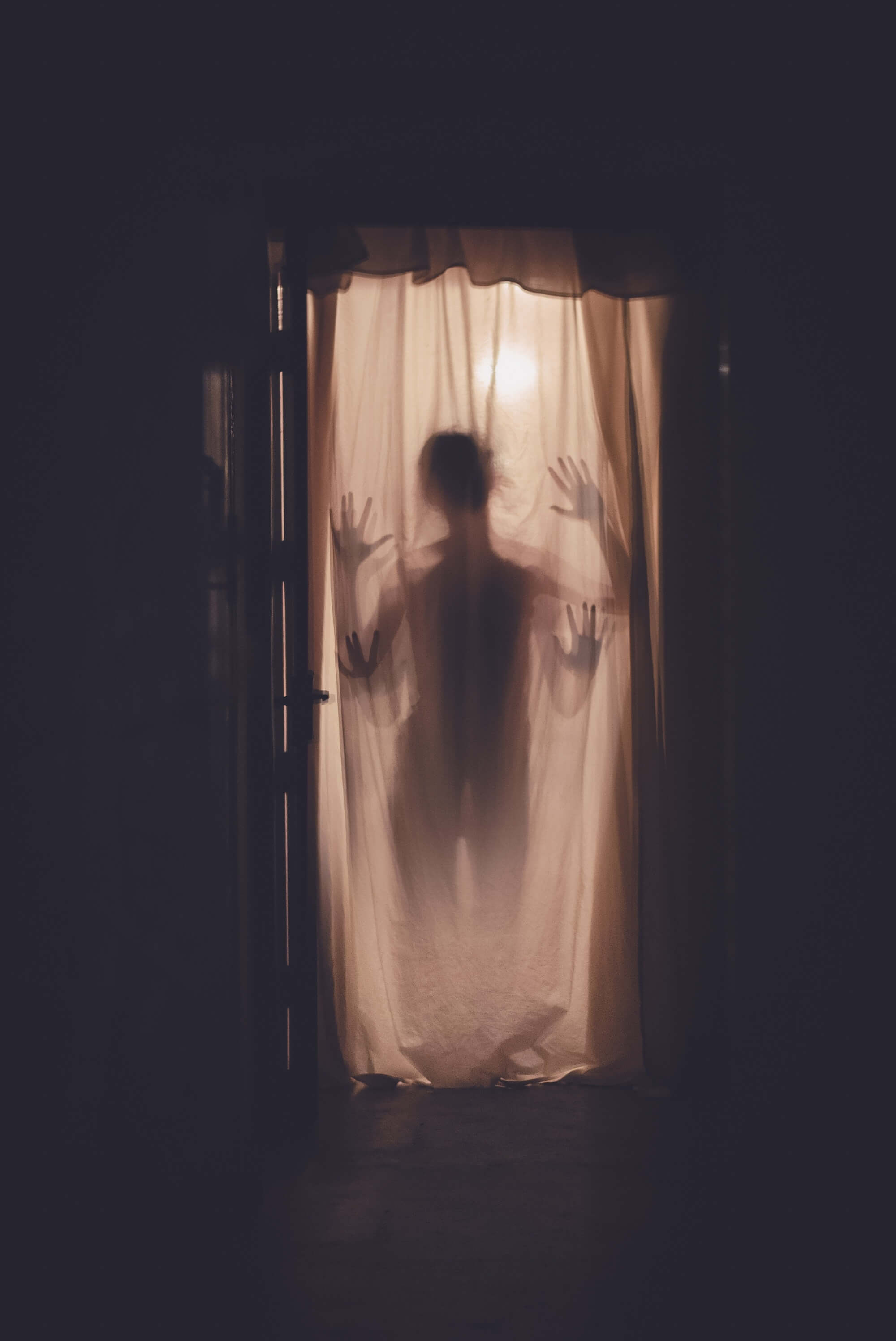 The Symptoms of Dissociative Identity Disorder:

The Diagnostic and Statistical Manual V lists the diagnostic criteria of DID as:

Some notable accompanying issues are:

Because many of the symptoms and associated risk factors are also indicators of other mental disorders, it is important that a mental health professional performs diagnostic evaluation. Self-diagnosis or inadequate diagnosis can lead to misdiagnosis of other conditions and result in ineffective treatment.

Life for individuals suffering from DID is often confusing, disruptive, and may feel scary. Imagine waking up and not being able to remember that you got married or had a child or suddenly being able to speak a different language. It can feel like a shocking nightmare that is never-ending.

People with DID may go through life feeling detached from the world around them, like a stranger looking in from the outside. They experience periods of amnesia and often feel confused about their identity. Living life in this way can feel exhausting and downright terrifying, which is why it's extremely important to seek treatment as soon as possible.

The earliest documented case of DID surfaced in 1791. A German botanist called Eberhardt Gmelin was responsible for determining the case of MPD (DID). His patient was a German woman who alternated between two personalities, her German identity and a French alter. When she switched to her French personality, she was fully aware of her German alter, but as the German woman she had no recollection or memory of being French. Gmelin's findings launched the beginning of research into DID and psychologists like William James found this new disorder intriguing. 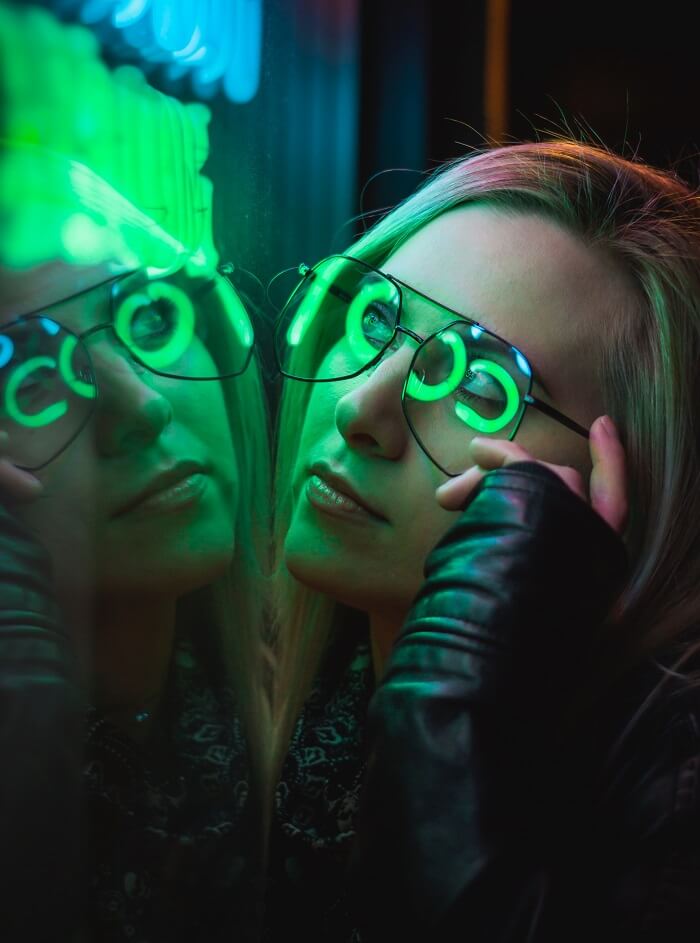 A famous case of DID in recent years is that of Herschel Walker, an NFL player. He struggled with the disorder for years, not understanding what was going on with him and how his alters were affecting his life, his loved ones, his marriage etc. When he was diagnosed with the disorder in his 40s, things started to make more sense to him. He sought treatment and is able to live a fulfilling life with DID.

Can someone with multiple personality disorder be cured?

DID is tough to treat but when treated successfully, people can live a great life. Keep in mind that different personalities are integrated parts of the host. They're not a group of strangers who happen to inhabit a shared body. This is an important distinction to make and understand for both the professional and the patient when undergoing treatment. The goal of DID treatment is much like putting a puzzle together; different pieces need to come together to create one whole.

A therapist achieves the goal of helping the person with DID integrate their parts by getting the alters to communicate with each other. Parts acknowledge each other and help resolve their individual conflicts. Over time the individual begins to come to terms with their unresolved issues the personalities begin to integrate and fuse together. When all the identities have come together within one unified whole, it is referred to as final fusion and this is the ultimate goal for a person with DID. 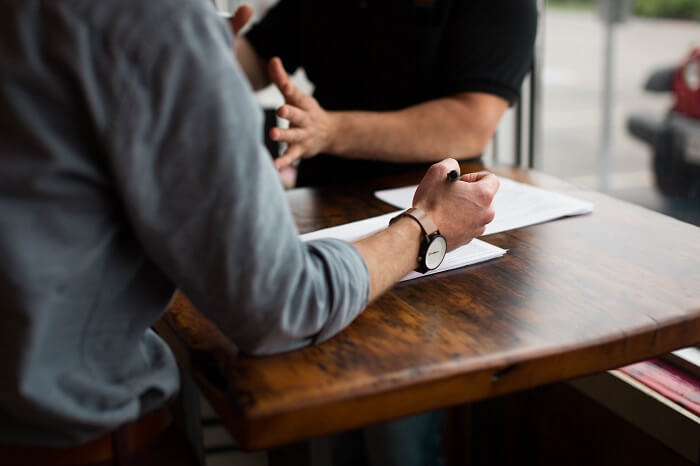 Before treatment begins the person needs to have a clinician diagnose them with DID. A psychologist or psychiatrist will use screening tests and clinical evaluations. It is important to be honest in your answers to receive an accurate diagnosis; especially for an illness like DID where diagnosis can be a lengthy process, as the symptoms of DID are similar to other psychiatric disorders, which makes it challenging to diagnose.

Medication does not cure DID, but doctors may prescribe psychotropic medicine to help curb the symptoms that arise, such as depression, psychosis, anxiety, and flashbacks. Psychotherapy is one of the primary treatments for DID. The techniques are used follow three stages:

Seeking professional help and receiving appropriate care is crucial in treating DID. Without appropriate mental health treatment, it is nearly impossible to manage the symptoms of DID. Left untreated, DID can have detrimental effects leaving a person vulnerable to abuse and suicidal ideation. The lives of their families and loved ones are also negatively impacted if they do not seek treatment.

The treatment progress for DID is unpredictable. Memories of the past may be too painful to process, and the individual may have undiagnosed comorbid disorders that complicate treatment. Letting go of the coping skill that they have used for so long is a difficult process.

While the end goal is to reach the stage of final fusion, therapy isn't over. Patients continue to work with their therapists and prescribing doctors long after final fusion. 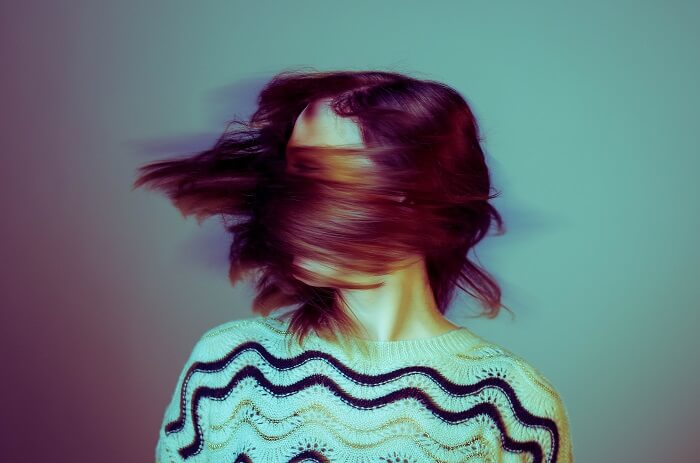 A DID patient, Karen Overhill is an example of an instance where the illness was cured. (ABC News, 2007). Her doctor, Dr. Richard Baer wrote about a book on Karen's case called Switching Time: A Doctor's Harrowing Story of Treating a Woman with 17 Personalities. As a child, various male members of the family, including her father and grandfather, sexually and physically abused Karen. She started to see Dr. Baer in her late twenties in order to seek treatment for depression and problems with her memory. She would experience total blackouts couldn't remember things like delivering her baby or how she got from point A to point B.

Over the next two decades, through hundreds of therapy sessions, Dr. Baer uncovered seventeen different personalities in Karen. The alters were both male and female, black and white, as young as two and as old as thirty-four. By using different treatment methods like hypnosis and visualization he was able to treat Karen and help her alleviate her dissociations. One by one her multiple personalities were eventually integrated into one whole individual.

You too can enjoy a fulfilled, successful life with DID. It's a challenging illness to live with however, with the right tools and support in therapy you can get better.

How Many Types Of Personality Disorders Are There?
For Additional Help & Support With Your Concerns
Speak with a Licensed Counselor Today