Can Observer Bias Cause Problems In Relating To Other People?

No matter how objective we think we are, we carry around at least a few biases. Many of these biases are learned one and help us take shortcuts in determining what we would and wouldn't like; such as a preference for certain foods over others, a dislike for desert areas or our choices in music.

The Error Of Bias

Many of our preconceived notions are so subtle and so deeply integrated, we don't acknowledge they are there. Many of them have to do with stereotypical thoughts about other races, religion or the opposite gender. Under the observer bias definition, this can present serious consequences for a researcher already mentally preparing conclusions before the actual study.

Because of a pre-formed opinion, his observations will naturally conform to his expectations. A prime example of this was a psychologist, Cyril Burt (March 3, 1883- October 10, 1971), best known for his work on hereditary IQ. He believed children of low economic status were most likely to have lower intelligence than those who came from higher economic status. Much of his statistical work that included case studies and the results of IQ testing was later dismissed as observer bias, but his influence on the educational system was great enough for England to separate out the economic classes throughout the 1960's, with the upper-middle-class children attending the more favored schools, and the lower class children attending, the less desirable ones. 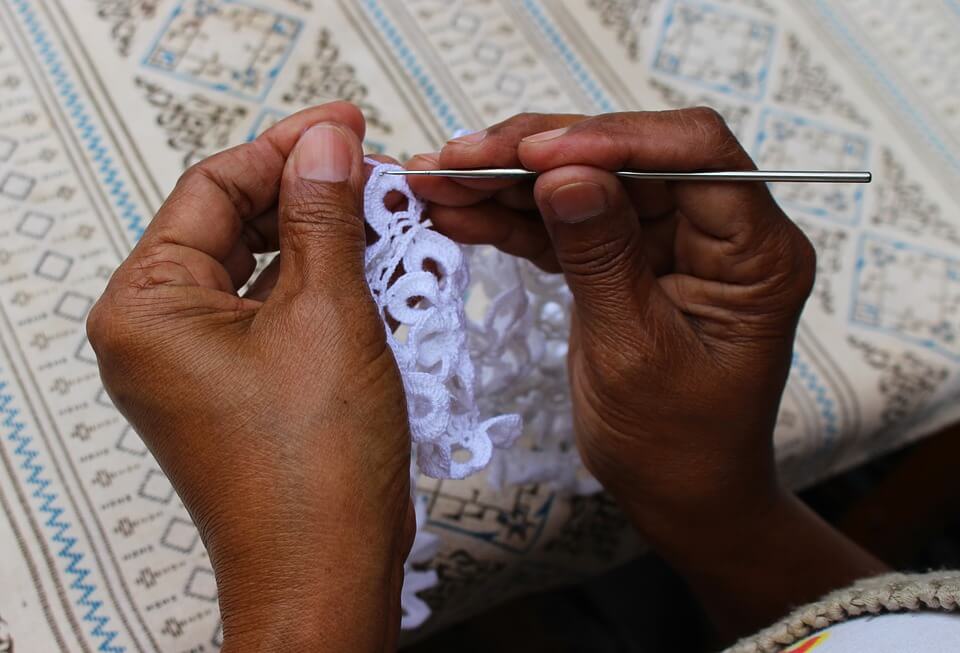 One of the greatest observer bias's is in gender association. Typically, we have pre-conceived ideas of the differences in male and female capabilities. Our observations may tell us a man who crochets has a strong feminine side, not that he finds crocheting something relaxing to do with his fingers. Likewise, a researcher whose opinion is that girls are less capable of understanding math than boys may concentrate more on how well the boys are doing and less on the successful girls. He may justify the qualities of a girl's mathematic skills by stating she had to study harder and take more time to arrive at her math solutions than the boys did.

If even the biases of researchers throw off the finding of their scientific studies, the actor-observer biases of our daily lives throw a complete reality curve. As the actor-observer, we are swayed by both behavior and our actions. We have an expectancy of other people's actions that don't conform to our own. If somebody is late for an appointment, we may believe they are being discourteous and are making up excuses for being late, but if we miss our appointments by twenty minutes, it's because something unexpected came up that we had to deal with first.

We tend to look more favorably on our actions than we do on those of others. We may feel angry with someone who cuts in front of us while we're cruising at the designated speed but feels very justified in doing it ourselves if we are in a hurry to arrive someplace on time. It's okay for us to get snippy and say something rude to the sales clerk because we are having a bad day, but become very annoyed if someone says something rude to us.

Our actor-observer bias is what causes us to see things differently at the scene of an accident than the other observers around us. Our eyes may single out the type of clothing the person was wearing and the color of the vehicle, while another may have noticed the race, age and gender of the person involved and whether or not there was more than one person in the vehicle.

Our biases affect the way we view others and interpret their behaviors. They also have a secondary effect on how we interact as a group. Group behaviors are determined by a general agreement of the participants. They can be formalized into specific clubs or clans, with clear-cut behavioral rules or the cooperation of a loose collection of people with like interests.

As a social people, we gravitate toward people whose behaviors, viewpoints and interests are compatible with our own. In forming our friendships and alliances, we develop a sense of loyalty to the group as a whole. We become more encouraged in what we say and do because of the supportive structure of the group. We can also be led to agree with information we do not truly support or that we find in error. 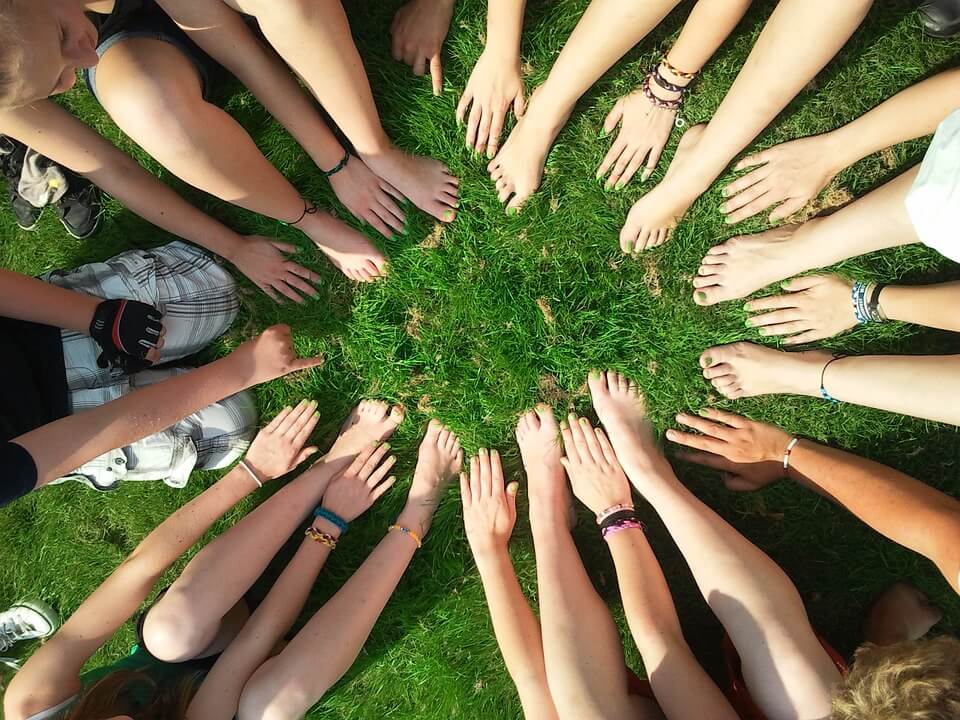 The willingness of people to lend agreement to information they know to be in error has been proven through a series of studies now known as the Asch Conformity Experiment. The simple test used two rows of three various sized strings. In a general study, participants asked to identify the correct match by size gave the correct answer 98% of the time. However, when they were placed with a control group that purposely gave the wrong answer, seventy-five percent gave the same answer as the erroneous control group.

Factors that Contribute to Conformity in Observer Bias Relationships

Asch continued with his conformity studies to determine what factors affected the way people interacted and performed and at what point they conformed. His discoveries were consistent.

The only disagreement among researchers in behavioral science is in the motives of those who initially conform even though they knew the answer wasn't correct. Many believe the desire to conform may not be as prevalent as the desire to avoid conflict.

There is nothing better at revealing how observer bias causes problems in relating to people than within the arena of social networking. Meant to be a convenient way to stay in touch with family, friends and online communities of like interests, it has become an explosive highway of bipartisan politics with clearly drawn lines. Even the bonds of old classmates get shaken under the bombardment of opposing views.

Meme, video clips, and news articles are used as weapons, often without first checking to see if the information was from a reliable source. Locked in the conformity of their group, backed by other members, the observer bias becomes more and more radical Instead of creating a bridge of mutual co-operation and understanding.

There is a primary difference between the way we relate online and the way we relate to the physical world. We are more timid about taking our biases with us in our individual communications. Topics we may discuss quite openly on an online forum will typically be limited only to a few trustworthy people we know will not make direct oppositional confrontations.

It's uncomfortable to speak outside the group, but we still bring our biases with us. Our behaviors give us away, even when we don't articulate our thoughts and feelings.

We may take a defensive posture in a setting where the majority have an opposing view and isolate ourselves with remarks that question the group's intelligence or the quality of their social lives. We may close ourselves off to a persuasive argument while we rummage around in our minds for a retort that has nothing to do with addressing the information presented. We might try to belittle or patronize the speaker, thereby diminishing the effect of the debate.

From Actor-Observer Bias to Objectivity

Objectivity is the most critical skill set needed for administrators, managers, diplomats, writers and national leaders, yet objectivity is one of the most elusive viewpoints. We bring our learned biases into our everyday lives, and as an actor-observer, interpret the behaviors of others differently than we interpret our own.

Can observer bias cause problems in relating to people? We communicate our expectations of others through our behaviors. We categorize people by their age, size, and gender, then create sub-categories for hair, eyes, complexion and the way they dress before they even open their mouths. 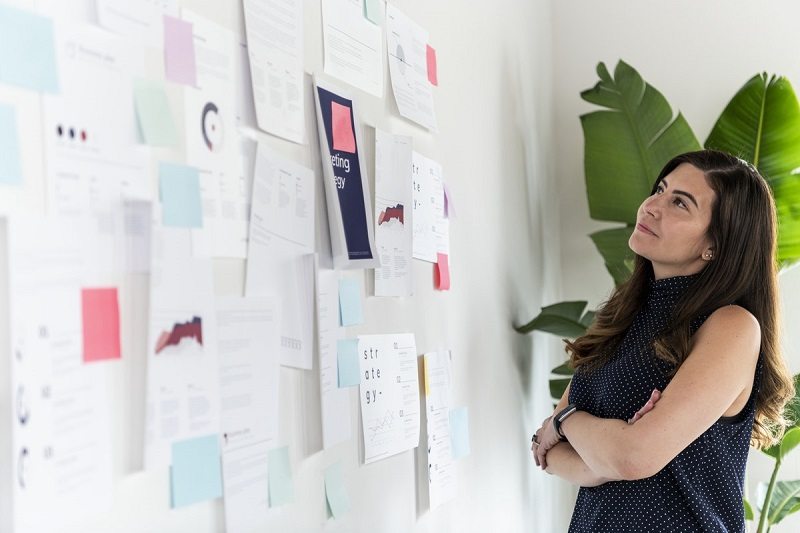 We communicate our negativities through body language, setting an immediate stage for the opposition. The opposition doesn't necessarily result in open confrontation, but it is often expressed as avoidance or a lack of cooperation.

The opposition can be turned into a tool for examining your objectivity. By visualizing yourself as the person who just received notice his twenty-year-old daughter had flunked out of college, you might forgive your neighbor's crabby attitude. By listening to the ideas of a fellow employee you decided you didn't like because she came from a high-class neighborhood, you might find your imagination ignited.

As a society, we can't agree with everything all the time, and we shouldn't. The universal agreement creates stagnancy. The opposition one experiences can lead to positive change. By rising to the challenge of objectivity instead of the influence of our biases and making decisions based on facts, we can become part of that mysterious force that finds progressive ways of handling difficult problems and turns negative behaviors into positive ones.

If you need help in social interaction or suffer from a mood disorder like depression, anxiety or bipolar, then reach out to a doctor who can help. At http://www.BetterHelp.com/start/ you can find a counselor ready to help you at any time-and best of all they are licensed and experienced, just as qualified as an in-person doctor!

Previous Article
Why Do People Take Part In Risky Behavior?
Next Article
When And Why Do Symptoms Get Pathologized?
For Additional Help & Support With Your Concerns
Speak with a Licensed Therapist
The information on this page is not intended to be a substitution for diagnosis, treatment, or informed professional advice. You should not take any action or avoid taking any action without consulting with a qualified mental health professional. For more information, please read our terms of use.