The Behavioral Perspective: The Relationship Between Stimulus, Response, And Behavior

If you've ever heard the term "behavioral perspective" and you've been curious about what it meant, then chances are you've been talking to someone interested in behaviorism. The two terms are virtually interchangeable. It's a theoretical perspective whereby behavior and learning are explained and described according to stimulus-response relationships. To take this concept a step further, the central assumption behind behaviorism is that an individual's actions are a result solely of their interaction with their environment. So, what does that mean in terms that a layperson can understand? In this article, we'll look in a little bit more depth at stimulus, response, and the corresponding behaviors as dictated by the theory of behaviorism. 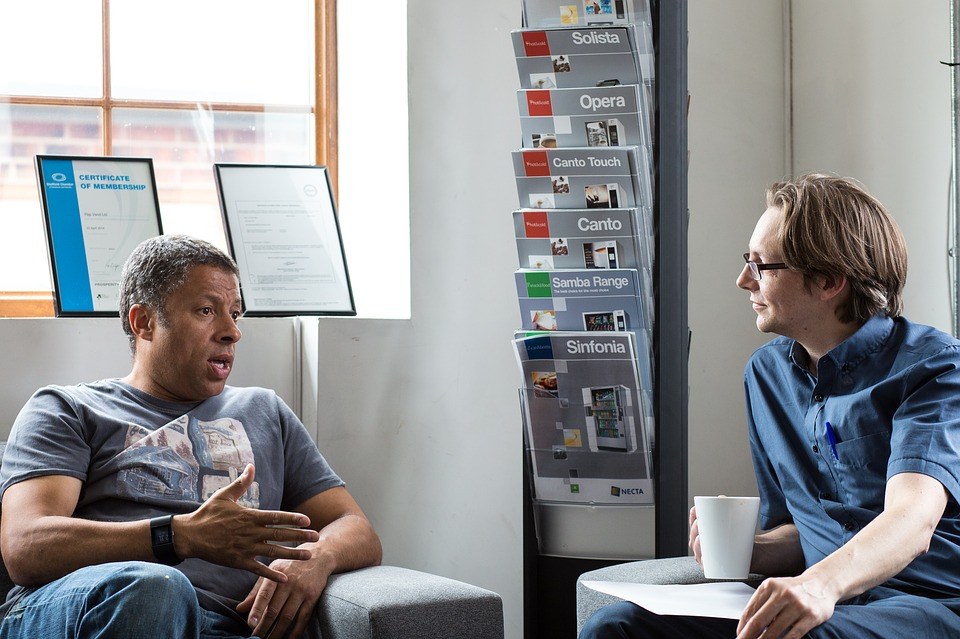 When you look at the behavioral perspective definition, the two terms that jump out at you are stimulus and response. Chances are you already have some understanding of what they both mean. A stimulus is an event that takes place or something that you encounter that evokes a particular functional reaction in a tissue or organ.

Many potential examples are easy to identify. For instance, if you're walking along the street and you suddenly encounter a dog on the other side of a fence that starts barking viciously at you, you're going to jump if you didn't see it, and your heart will start pounding. This is a physiological response. In this example, it is the dog that is the stimulus. The same thing might happen if you're in a movie theater watching a horror movie and a deranged serial killer suddenly leaps onto the screen. In that example, it's what's happening in the movie that's the stimulus.

Getting away from things that frighten you, maybe you have a crush on someone, and they lean in for a kiss. Being that close to the object of your desire might cause you to start sweating and for your heart rate to accelerate. Your date leaning over and getting closer to you is the stimulus in that example.

Now that you understand stimulus let's move on to response. Response is a reaction to something. It could be a verbal or a written response, but in this context, we are speaking more of what your body does involuntarily when you are faced with a situation.

Let's look at the three examples about which we spoke in the previous section. When the dog startled you, your response was to jump in surprise and for your heart rate to accelerate. Your reaction to what was happening on screen in the horror movie was similar.

As it relates to your date leaning in for a kiss, the response was for you to sweat and for your heart rate to increase. It's interesting to note that often the body responds similarly to what you might regard as a positive stimulus (a kiss from your date) and negative stimulus (the potential danger from a vicious dog).

What Else Can The Behavioral Perspective Reveal About Our Behavior?

Up till now, most of what we've been talking about is the way that the body responds involuntarily to outside stimuli that you might encounter in the world. But what about the behavior over which we seemingly exert some control? It's one thing to get goosebumps if we hear an eerie piece of music or to laugh with abandon if we find something exceedingly funny. But what about the rest of our behavior? How much control do we have over it in the face of the stimuli that we regularly encounter?

The simplest way to answer is that the behavioral perspective only applies to behaviors that can be observed and recorded. That might be why it lost so much prominence beginning around the 1950s. Earlier than that, it held sway among psychologists, but at that time, most of them began to favor the cognitive perspective. The cognitive perspective gained popularity because it went beyond what could only be seen. It has to do more with thinking, memory, decision-making abilities, and problem-solving.

The behavioral perspective hasn't held up as well as the cognitive one because it is limiting from a psychological standpoint. It might explain what can be seen, but a lot of human behavior has more to do with what is happening beyond the scenes, so to speak, in our minds. That is an area that allows for a lot of speculation, which isn't so much the case with behaviorism.

Where the behavioral perspective fails is where other psychological theories about human behavior begin to take hold. The cognitive perspective has to be mentioned again because of the aspect of it where the human mind is compared to a computer. The theory is that we're like information processors. We aren't just slaves to our biological instincts. We acquire information, and we process it, store it, and utilize it. The older we get and the more experienced we become in various situations, the more we can draw on what we've learned to deal with what's happening around us.

Another theory that's worth mentioning that could be said to go beyond what the behavioral perspective can quantify and explain is the biological perspective. This is a theory which has to do with biological factors as well as outside stimuli. It delves into genetics, the immune system, the brain, and the nervous system. 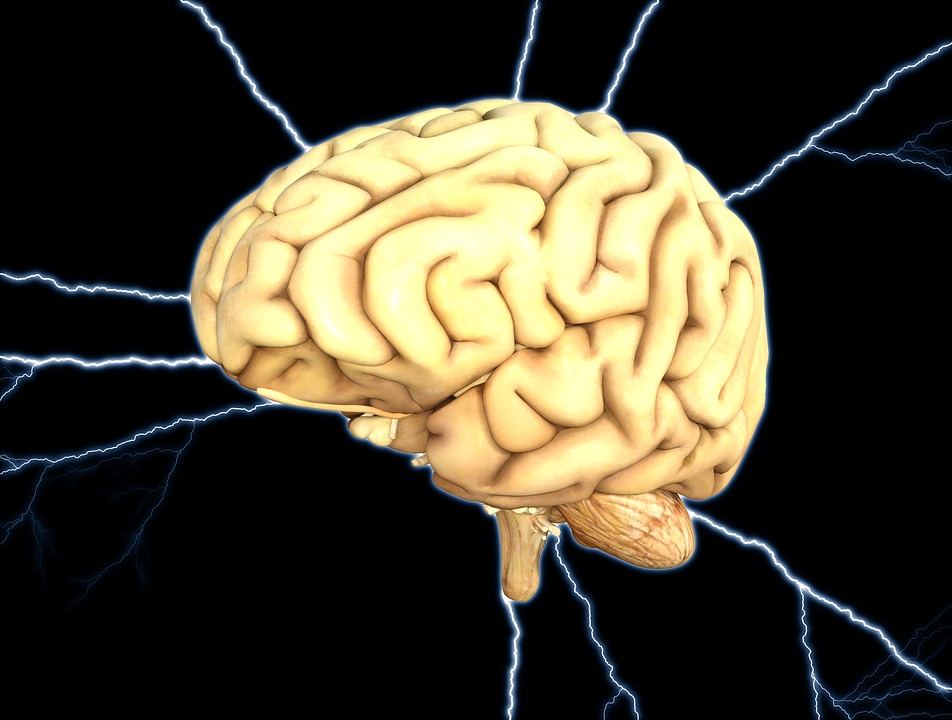 This is a perspective that has gotten a lot of attention in the past couple of decades because there are ways of measuring human behavior and explaining it that have to do with tests that can be conducted. It means that often, with this perspective, there is scientific data to go along with theory.

For instance, the brains of former NFL players have been examined using MRI scans and PET scans. Many of these players are seen to have CTE, chronic traumatic encephalopathy. This is a condition where multiple traumatic injuries to the brain have caused depression, mood swings, violence, and suicidal thoughts or ideations. The death of Hall of Famer Junior Seau got a lot of attention because it was thought that his suicide could perhaps be explained or better understood because of the biological perspective of human behavior.

The cross-cultural perspective hasn't been around for as long as some of these others. However, it has grown in prominence in some circles as a way of explaining someone's action which might seem bizarre or objectionable because of a cultural bias but might be regarded as perfectly normal elsewhere.

Some examples are where, in certain parts of the world, it is considered appropriate and not at all unusual to stone someone to death or throw them off a roof if they have been caught committing homosexual acts. Many parts of the world would find this deplorable, but from a cross-cultural perspective, it doesn't seem unusual at all.

This would also apply to something like the so-called honor killings that take place sometimes in Pakistan and elsewhere. The idea is that when a girl is perceived as having dishonored her family then one of her male siblings, her father, an uncle, or another male in the family might commit an act of violence against her. They might disfigure her by throwing acid in her face. The official stance by many in the country is that they are against it, but often the offenders get by with just a slap on the wrist, indicating that it is more permissible than what most people say. This sort of thing would be seen as horrifying in some other countries, but the cross-cultural behavioral perspective explains it perfectly.

What Does All Of This Mean?

If you are attempting to understand what all of this means for you, then you needn't be too concerned with it. These are all theories, after all. Some of them may seem to have more credibility than others because of scientific data to back up the ideas that are being put forth. However, it would be wrong to say that any of the concepts that we mentioned are the end-all, be-all when it comes to explaining human behavior. In all probability, a part of human behavior can be explained by each of the theories, and they are all worthy of merit or at least consideration.

When it comes to how you conduct yourself, you are the one who gets the final say in what you do. There might be cultural impulses at play that you have learned, biological ones, and others as well. The older you get and the more experienced you become, though, the better control you will presumably have over your actions. This affords you a great degree of freedom as well as personal responsibility because you don't ever have to say that you acted a certain way based on how you were raised or anything else. Instead, you can govern your actions as you think best whatever it is that is happening around you at any given time.

Do You Have Further Concerns About What Is Dictating Your Behavior?

It's possible that you might have some further questions about what it is that is driving your behavior. If so, you can talk to a qualified mental health professional at www.betterhelp.com/online-therapy/. Getting some answers as to why you are behaving the way that you are can give you some peace of mind if you're uncertain about whether an action that you are taking is the correct one.

Previous Article
What Is Human Behavior? Theories, Definition, And Types
Next Article
What Is Abnormal Behavior?
For Additional Help & Support With Your Concerns
Speak with a Licensed Therapist
The information on this page is not intended to be a substitution for diagnosis, treatment, or informed professional advice. You should not take any action or avoid taking any action without consulting with a qualified mental health professional. For more information, please read our terms of use.