What Is Cognitive Dissonance? Psychology Treatments That Help

Have you ever felt a sense of mental tension, but you weren't sure where it was coming from? This could be cognitive dissonance, a psychological phenomenon that may be hard to recognize when you experience it. Fortunately, the field of psychology can shed some light on this uncomfortable mental state. This article will present an overview of cognitive dissonance and some treatments that help relieve its psychological stress. 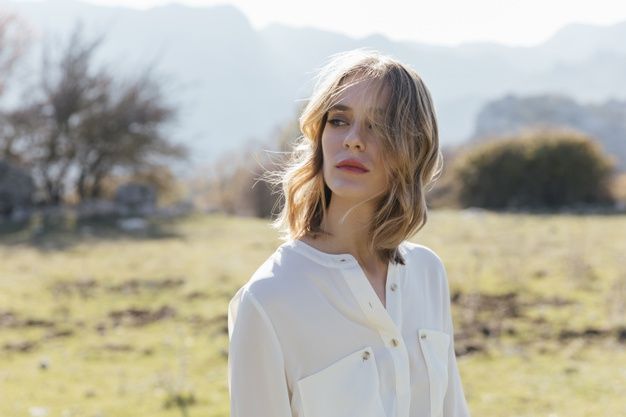 Confused About What It Means To Have Cognitive Dissonance?
Ask An Expert. Speak With A Licensed Professional Counselor Online Today!

What Is Cognitive Dissonance?

So how does psychology define cognitive dissonance? It helps to look at the meanings of each word in the term. "Cognitive" refers to mental activity. It can mean thinking, learning, perceiving, believing, or intuiting. You may recognize "dissonance" as a word that is sometimes used in music to mean two or more musical notes that lack harmony and create a sense of tension when they are played together.

Therefore, cognitive dissonance is when two thoughts, attitudes, beliefs, or behaviors are so out of harmony that they make you feel psychologically uncomfortable.

Let's take a look at the original theory of cognitive dissonance, created in 1957 by social psychologist Leon Festinger. Festinger read about a cult that believed the world would soon end in a cataclysmic flood. He wondered: what would the cult members think when the world didn't end? So he and some colleagues went undercover and managed to be accepted into the group. Their goal was to observe what would happen next.

What Festinger and his colleagues discovered was psychologically groundbreaking. The people who were less committed to the beliefs of the group simply accepted that they'd made a mistake and learned a lesson. However, the staunchest believers had a different response. They didn't accept that their beliefs had been proven false. In fact, they began to work harder to gain new members for their cult.

Later, Festinger conducted experiments to find out more about this type of phenomenon. In one scenario, people were asked to lie and tell others that a boring job was interesting. Those who were paid $20 for this lie still believed that the task was boring after they lied about it. But the people who only received $1 for the lie changed their thoughts and became convinced the task was actually interesting. Not only did they lie about it, but they began to believe the lie. 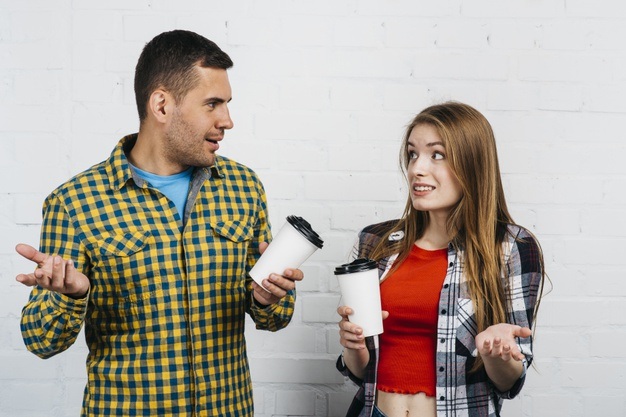 This result clearly illustrates what came to be known as Festinger's cognitive dissonance theory. The $20 liars had no reason to change their thinking, as the amount they were paid rewarded them amply enough for acting in a way that contradicted their beliefs, resolving any mental tension. However, the $1 liars had to change their thinking to relieve the mental tension created when their actions didn't sync with their thoughts, because there was no real reward for doing so. Festinger proposed that people have a drive for their attitudes and behaviors to be consistent. When their thoughts and behaviors are inconsistent, they change something so they can get back into mental harmony.

Once you understand what cognitive dissonance is, you will be able to find examples all around you, including things you may have thought and done. Here are two common examples of this phenomenon.

Engaging in unhealthy habits generally causes cognitive dissonance. Smoking is a prime example. If you know smoking causes cancer but you choose to smoke, your behavior is inconsistent with your knowledge. To resolve this mental conflict, you will likely tell yourself a story. You might focus, for example, on someone you know who smoked for decades and never got sick, rather than let yourself think about how many people have died from lung cancer.

Or you might say to yourself that everyone dies eventually, even if they only do things that are healthy. That sounds reasonable enough that you accept it and keep smoking. Yet you don't go around tempting fate in other ways. So the dissonance is still there, even if you don't recognize it.

Cognitive dissonance isn't always harmful. It can also occur when you're making positive changes. Consider what happens when you decide to start exercising. Beginning a fitness routine can be grueling, especially if you've been sedentary for years. It's unfamiliar, uncomfortable, tiring, time consuming, and maybe even painful. 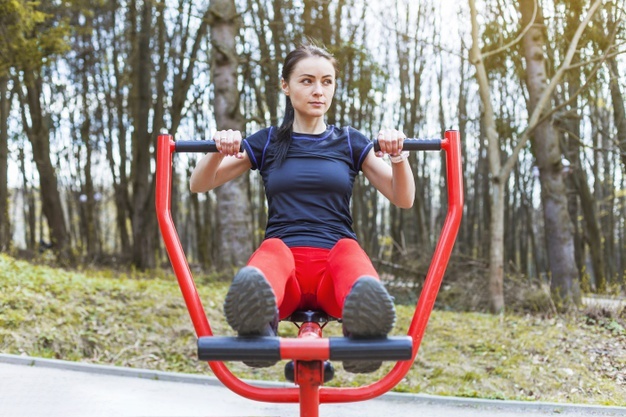 Confused About What It Means To Have Cognitive Dissonance?
Ask An Expert. Speak With A Licensed Professional Counselor Online Today!

You have one voice in your head that says you don't want to experience that discomfort, and another one that insists it's good for you. To reduce your mental conflict, you may convince yourself that you like exercising even though it's physically uncomfortable. If you're successful in changing your fitness habits, this inner conflict is only temporary. The more you stick with the plan, the fitter you become. The exercise becomes more familiar and less physically uncomfortable. You experience the rewards of good health. These new thoughts align well with the fitness behaviors you've adopted.

When your thoughts and behaviors don't align, you can take one of two approaches to reduce or eliminate the cognitive dissonance. You can change either your beliefs or your behavior. To alter either, you need to choose different thoughts. Thus, cognitive-behavioral therapy is especially useful for resolving cognitive dissonance.

Cognitive-behavioral therapy relies on the assumption that thoughts create feelings, and feelings influence behavior. So during CBT, your therapist helps you examine your thoughts in the interest of making healthy behavioral changes. You talk about what is distressing to you. Then, with the help of your counselor, you examine the thoughts about the situation in question. Finally, you take a closer look at those thoughts and determine whether they're accurate and rational. If not, you decide to change them.

When your thoughts and behaviors conflict, you can examine that disparity and decide what to do about it. You might not have to do anything except recognize it. Just understanding what's happening may make you feel better. So in the exercise example above, you might decide that "Yes, I'm feeling cognitive dissonance, but I still want to stay on my fitness plan. These feelings are temporary anyway, and the benefits far outweigh the psychological discomfort." That recognition is important. Without it, you might try to resolve the disharmony by quitting your program or self-sabotaging in some other way.

Standard cognitive-behavioral therapy can also encourage you to find new information that bridges the two incompatible elements. Your therapist can help you examine which of the behaviors and thoughts is most important to you. When you focus on what's important, the dissonance diminishes. 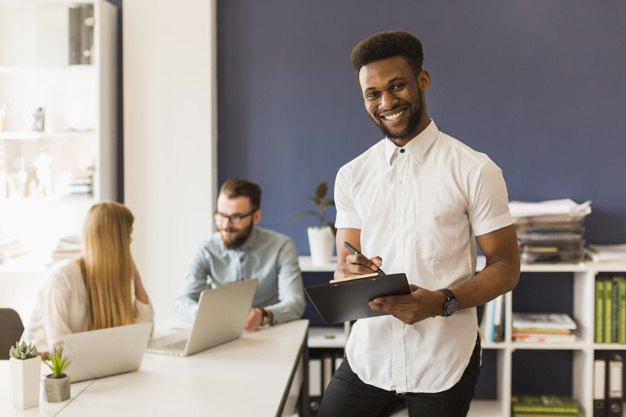 An RLT counselor can help you understand that feelings don't always reflect the truth. They use the Socratic method and may even speed up the process through hypnotherapy. The therapist asks you questions designed to help you understand important aspects of situations, feelings, thoughts, and behaviors. Ultimately, they guide you to discover for yourself that you can control your feelings by changing your thoughts. With this newfound knowledge, you're ready to start making the necessary changes to improve your mental harmony.

A defining characteristic of cognitive dissonance is that it's psychologically distressing-it feels uncomfortable. Yet its damage can go beyond feelings. When cognitive dissonance drives your behavior, it can alter the course of your life. If you notice that you're feeling mental tension or doing things you don't understand, you may find help by talking to a therapist. Or you may already know where the dissonance lies but not how to resolve it. In that case, a counselor can help you resolve the tension and teach you how to do it better on your own in the future.

You can talk to a counselor in your local area or find a therapist online through BetterHelp. Online therapy is a convenient and affordable way to get help, and it's just as effective as in-person sessions. Read the reviews in the next section to see how BetterHelp has helped others work with their thoughts and feel better.

"I enjoy the email exchange I have with Dr. Mayfield. Her questions are helping me learn to understand why I do what I do. Now we are working on ways to change behaviors, by changing my thoughts. This is meaningful work."

"Kimberly is an excellent counselor. She is smart, empathetic, and gets right into solutions and positive processes that enable growth necessary for self-empowerment. Her support and partnership in helping me identify approaches that will benefit my long-term success are invaluable. Her communication style is excellent-the methodology she uses to present scenarios helps to shift perspective-thus increasing my ability to be proactive instead of overwhelmed by issues. I highly recommend Kimberly."
https://www.betterhelp.com/kimberly-lorah/#testimonials

Cognitive dissonance can be burdensome, but therapy can help. Through the therapeutic process, you can take control of your thoughts and change behaviors that are causing mental discomfort. Then you can live a life that is not only aligned with your values, but also increases your psychological and physical health. Take the first step today.

Ethical Issues In Counseling With Children And Adults

Should I See A Behavioral Health Counselor?
For Additional Help & Support With Your Concerns
Speak with a Licensed Counselor Today Warning Signs Of An Abusive Counselor

I'm Struggling With An Addiction: Can I Find a Substance Abuse Counselor Near Me

Where Can I Find Domestic Violence Counseling Near Me?

Where Can I Find Child Counselors Near Me?