What Is Depressive Realism?

Depression is marked by feelings of sadness and negative thinking. It not only affects the way you think and feel, but it can have serious life consequences. In short, it's a miserable condition to be in. But what if depressed people are just seeing things the way they really are? This is the question behind the hypothesis of depressive realism. It's a question that has yet to be answered fully, but it's one that scientists have been exploring for decades.

Depressive realism is a psychological hypothesis that asserts that depressed people tend to be more accurate in their assessments of certain situations. In contrast, people who aren't depressed tend to have optimistic illusions, commonly referred to as "rose-colored glasses." They see the world in a more positive light even when things are going wrong. Research has shown that depressive realism might be a feature of mild or even moderate depression but probably doesn't happen in severe depression. The hypothesis was first proposed by L.B. Alloy and L.Y. Abramson in the late 1970s.

Numerous studies have been conducted since Alloy and Abramson first came up with the idea of depressive realism. Their goal was to test this hypothesis and determine, and if true, why depressed people are more realistic than others. This is an important thing to understand, because most psychologists assume that depressed people are prone to cognitive distortions that make their thinking less realistic - not more so. Furthermore, if depressive realism is true, it calls into question the way cognitive therapists treat people who are depressed.

Polarized thinking, also called "black-and-white thinking," is a way of thinking of people, events, and things as either one way or another. The person who engages in polarized thinking may see someone or something as all good or all bad. They can't see that most things are partly good and partly bad. A depressed person may believe that they're a completely bad person. They find it hard to recognize that they have both faults and strengths. They tend to see things in extremes.

In overgeneralization, a person may make a broad generalization about themselves, others, or a situation even though they only have one small bit of information about it. This often shows up in depressed people. They may have only one bad experience, yet they believe it's an indication that all similar experiences will be just as bad or that it's the start of a distressing pattern.

People who are depressed may filter their thoughts. Instead of viewing all pieces of evidence together, they pay attention to the negative details and ignore or filter out the positive details. This tends to give them a negative view of themselves and life in general.

When you catastrophize, you magnify the smallest negative events, believing that disaster is about to strike. When one unfortunate thing happens or you make one small mistake, you start ruminating on the alarming possibilities. You ask yourself, "What if the worst happens?" Or, "What if this mistake ruins me?" You imagine all kinds of terrifying results when the information you have is really quite minor, unimportant, or ambiguous.

Interacting with others when you're depressed can be very difficult. The communication problems sometimes happen because you jump to conclusions. Rather than waiting for a response or asking a question, you try to read the other person's mind. People who are severely depressed are most likely to jump to the conclusion that the other person doesn't like them, is holding a grudge, or is judging them harshly.

In personalization, the cognitive distortion is that everything that is said or done is a direct and personal statement about you or a reaction from what you do. You take things personally when they aren't meant that way, and this can lead to guilt as well if you believe that bad things happen to other people only because of you. 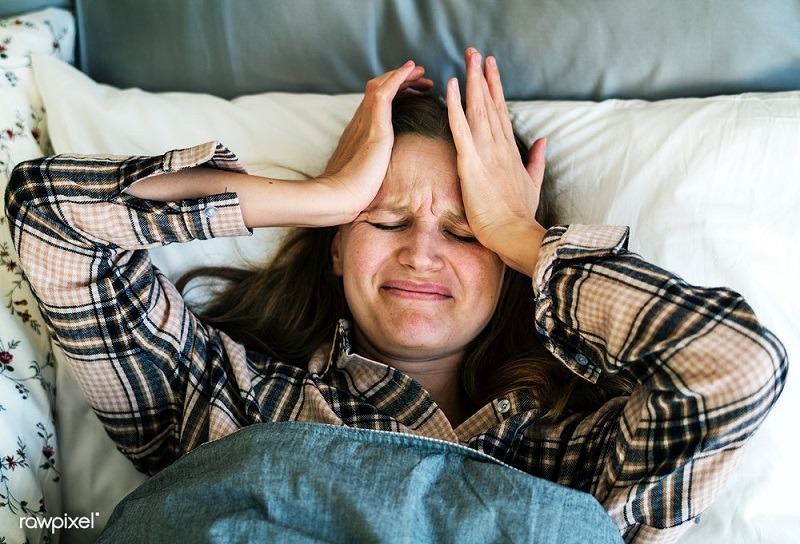 In the early experiments on depressive realism, the subjects saw a light bulb on a screen. They were asked to push a button to make it come on. In reality, they had no control over whether the bulb turned on or not. Afterwards, they were asked whether they did have control over the lightbulb. Surprisingly, the people who were depressed correctly assumed that they did not. It was the people who weren't depressed that had the error in thinking, believing that they did have control in this situation.

After these experiments, most scientists began to think that mildly depressed people may be more accurate in their thinking than once assumed. Maybe they weren't so prone to cognitive distortions. In fact, it might be the non-depressed people that were tricking themselves into believing something positive was happening.

Because this conclusion didn't quite fit with cognitive theory, researchers were intrigued and wanted to know more. Additional studies have been carried out in the intervening years, but as yet, no clear and universally accepted answer has been found.

Some answers have been suggested, though. It might be that the depressed people in the experiments assumed they had no control because, in their depressed state, they tended to always believe they were powerless. In fact, they may believe they have no control when they actually do have control. Another possibility is that, although they guessed accurately about the lightbulb during the experiment, that way of thinking might not carry over to real-life situations.

There's also been some criticism of the way the depressive realism studies were carried out. For one thing, the group was divided into depressed people and non-depressed people. However, the researchers put people into the depressed group based on the person's own report of their condition. The critics say these self-assessments may have been biased and were not sufficient to know for sure if they were actually depressed. 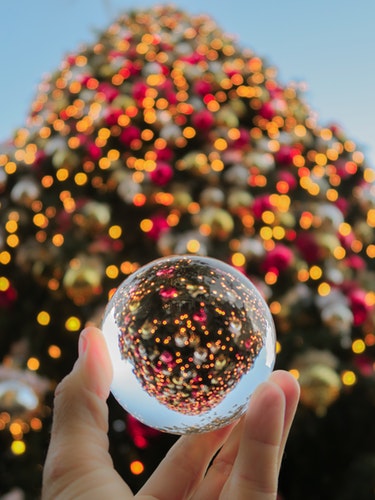 People exhibiting depressive realism would tend to see the things in life that are actually sad, distressing, or uncomfortable as being that way. However, something quite different happens with people who aren't depressed. Instead of seeing the bad things as they are, they may interpret them as if they are temporary, insignificant, or even positive.

The next question might be, "Is there any benefit in optimistic illusions?" Scientists believe there just might be. Looking at the world through rose-colored glasses may lead you to make some errors in judgment at times. For example, if you optimistically believe the next turn of the slot machine at a casino will bring you good luck, you might lose a lot of money.

At other times, though, those optimistic illusions may help you succeed. When you believe negative events are merely temporary setbacks, it's easier to persevere. An interesting thing about that is that when these optimistic illusions help you keep going through the hard parts, you're more likely to see success. The negative occurrences that could have held you back do indeed become minor and temporary at least partly because you believed they were.

How Do Therapists Approach the Concept of Depressive Realism?

When scientists are able to sort out the truth about depressive realism, treatments for depression may need to be revised. Currently, some psychotherapists believe that depressive realism is a real thing. At the same time, others agree with the criticisms and are more skeptical. Yet, regardless of their view on this topic, most therapists conduct sessions in ways that are helpful whether it's true or not.

For one thing, therapists usually listen nonjudgmentally to what you have to say. They may even offer recognition that there's some truth in your negative assessments of things. However, since their goal is to help you improve your mental health, they may suggest other ways of looking at your life challenges. Often, there are positive viewpoints that are at least as accurate as the negative ones, and your therapist will likely help you see what they are.

Additionally, in cognitive behavioral therapy, thoughts are usually judged in terms of whether they're helpful or not. If you believe something negative is happening, that may be very true. At that point, the goal is to see positive steps you can take to improve the situation or to try to understand it in a way that's more helpful to you.

Talking to a therapist about your negative perceptions can help you understand yourself and others better. It can help you see the positives in yourself, in others, and in life at least as clearly as you see the negatives. You can go to BetterHelp for online therapy with a mental health counselor to get help with your sadness and emotional distress. The most important thing is that you get the help you need to overcome your depression and find a better path in life.

13 Reasons Why Depression Is Negatively Affecting You

Why Some People Have Depression After Surgery (And What to Do About It)
You Don’t Have To Face Depression Alone. Our Experienced Counselors Can Help.
Get Help & Support With Depression Today