Advice Home > General > How Will A Self Fulfilling Prophecy Impact Your Life?

How Will A Self Fulfilling Prophecy Impact Your Life?

A self-fulfilling prophecy is defined as "a prediction that directly or indirectly causes itself to become true, by the very terms of the prophecy itself, due to positive feedback between belief and behavior." More often than not, our internal thoughts greatly impact our external behaviors, therefore altering our circumstances for better or for worse. 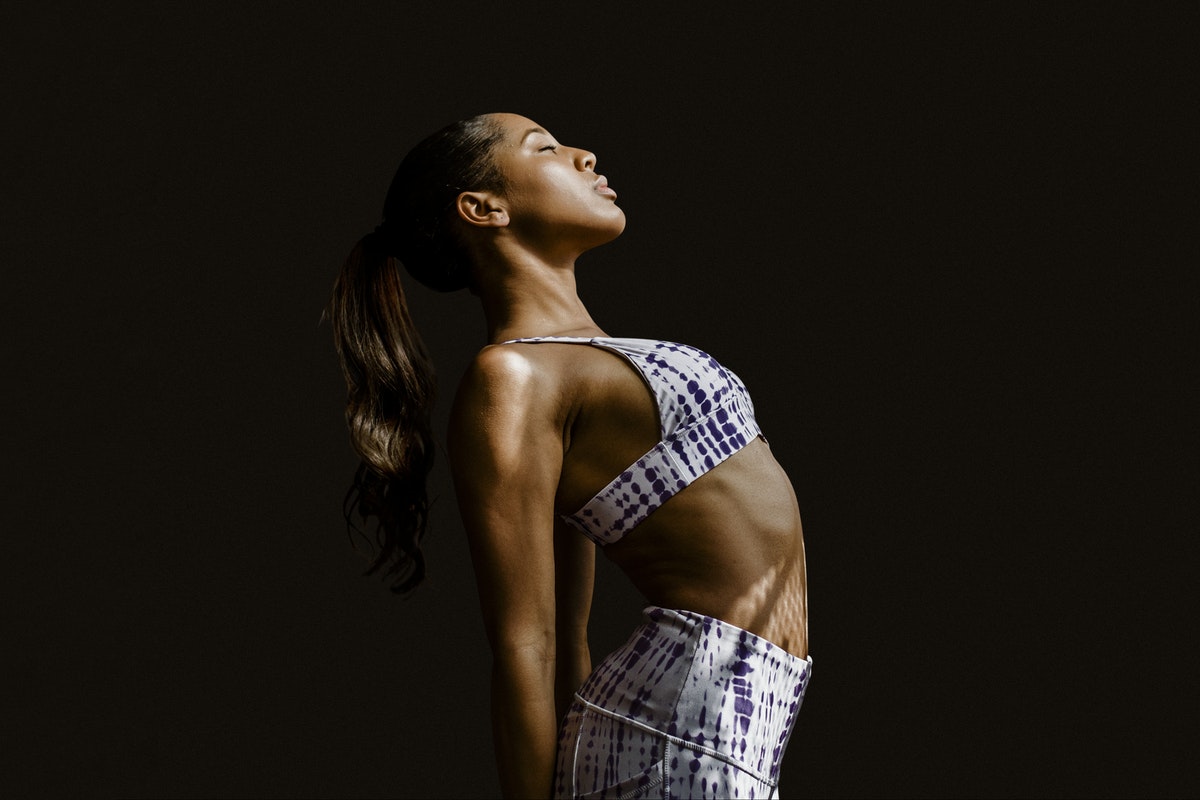 A Self-fulfilling prophecy is either positive or negative. For instance, an individual who believes that he or she is destined to achieve wealth, success, and greatness is likely to work hard and do what it takes to achieve their goal of getting to the top. Contrarily, someone who believes they will never amount to much of anything is not likely to put in much effort, hence solidifying their prophecy as their reality.

They Impact Your Interactions With Others

Contrary to popular belief, self-fulfilling prophecies are not exclusively reliant or executed based on our internal perceptions. As noted by the FBI, countless studies have documented that the expectations others have of individuals tend to impact their levels of success or lack thereof. This is not an assertion that each person's potential or achievements are reliant on what other people think, however, research has documented the notable impact. 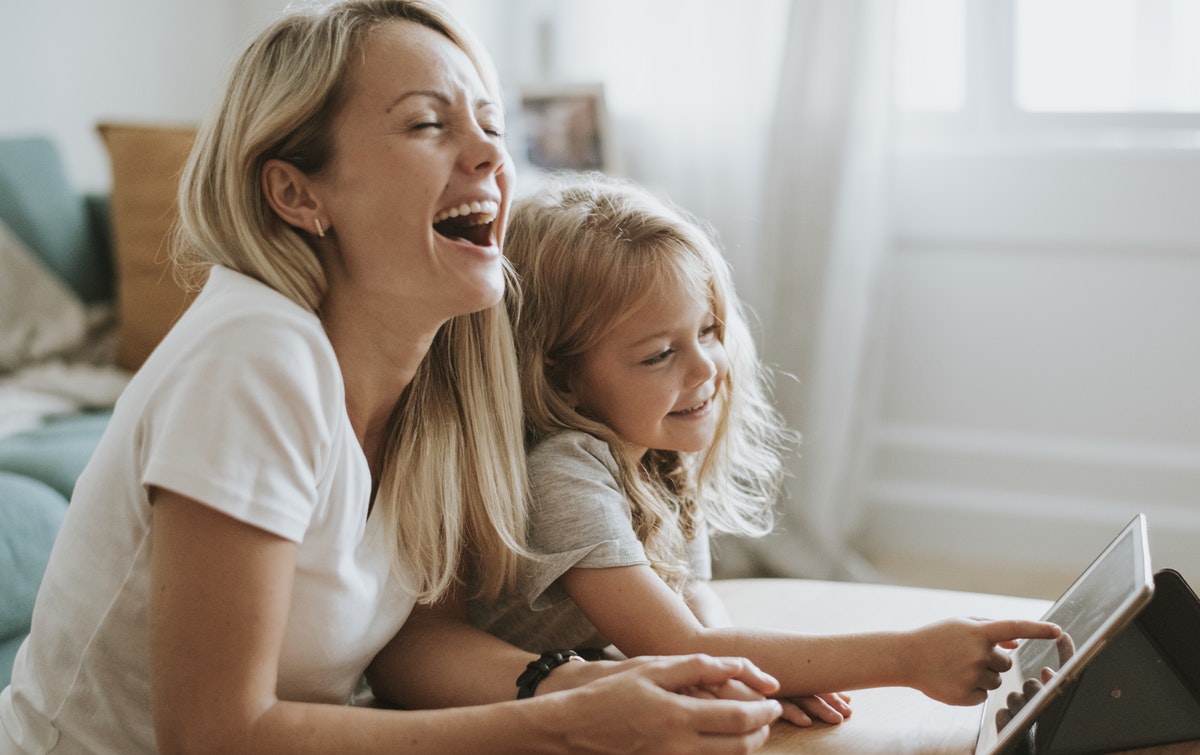 For example, parents who believe their children are smart, capable, and success-oriented are likely to invest in them and do everything in their power to provide them with every advantage and opportunity. Children provided with countless opportunities and advantages are far more likely than their less fortunate counterparts to succeed in life. On the same token, a child regarded as a loser by his or her parents is less likely to be given chances to do well in life because the parents are less likely to "waste" their time on someone they deem as unworthy.

Granted, if a child given every opportunity manages to squander them, they will probably not succeed. The reverse principle also applies to a disadvantaged child. If this individual decides to prove their parents wrong, work hard, and pull themselves up, their chances of doing well in life increase astronomically.

A similar concept has been moreover observed in the education system and the manner in which teachers and instructors perceive their students. Studies have also proven that teachers who believe certain students are capable of higher achievement tend to treat them as such, whereas students who are not seen as exceptionally bright or smart by their teachers are treated in a manner which conveys this. Interestingly enough, the contrasting treatment which students often receive from their instructors may not even be intentional. More often than not, one's subconscious thoughts and feelings impact their behavior.

Similarly to parent-child relationships, students are greatly impacted by whether or not their teachers believe in them or not. Furthermore, young people can pick up on differences in communication, even when the instructor does not realize it.

For instance, teachers who view certain students favorably may be more likely to call on them in class or answer their questions. Other students who are not called upon by their instructors or given the same attention are likely to observe the contrasting behavior at one point or another. This may then lead to the unfavored students thinking less of themselves or feeling as though they are not as good as the students who are viewed as smarter and brighter by their instructors.

Ultimately, people, especially young people, are impacted by their interactions with others. The human being also has somewhat of a tendency to live up to certain expectations. While these expectations do not necessarily prophesize one's future, more often than not, they leave a mark on each person.

They Make or Break You

While the thoughts, perceptions, and feelings of others can leave their impact on individuals, their ultimate fate is determined by their beliefs, words, and behaviors. People can tell themselves that you don't stand a chance and will never make anything of yourself, but if you decide against that path, a monumental shift occurs. 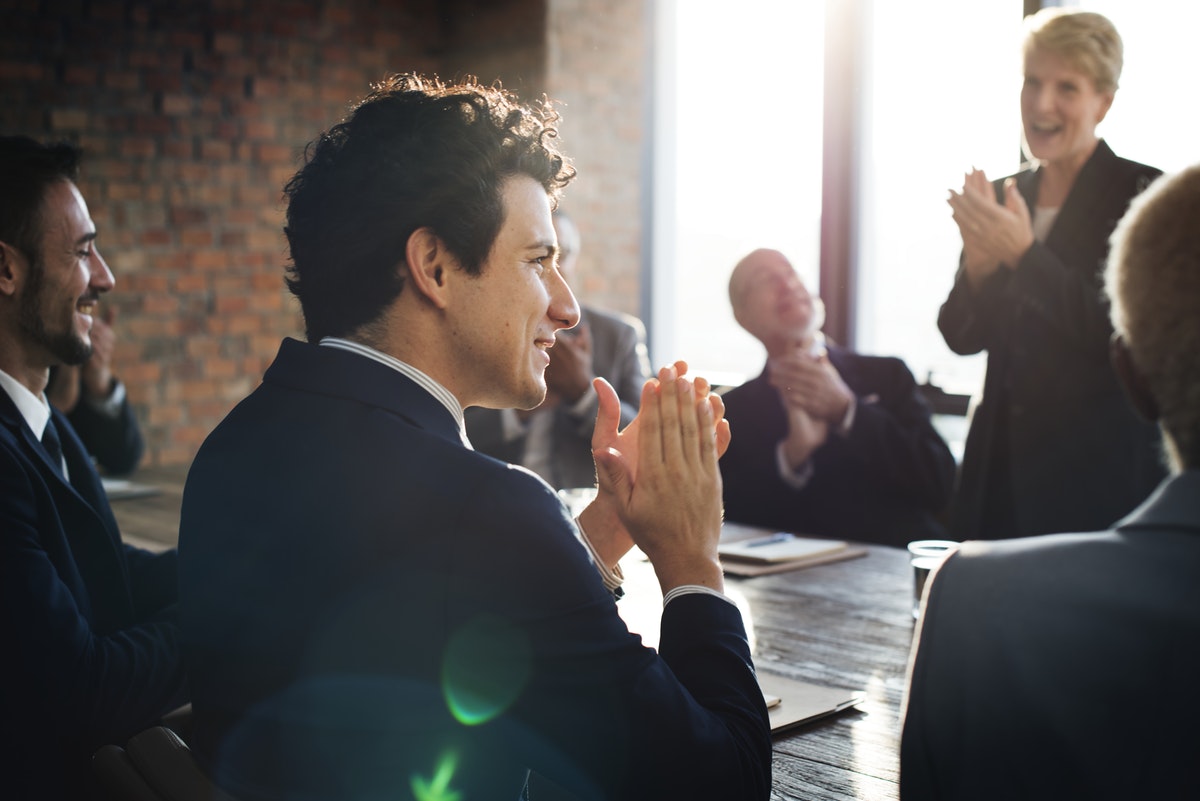 When you come across something that you want or desire for yourself, there are one of two choices: You can either view your goal as too hard, out of reach or otherwise impossible. If the approach above does not appeal to you, then you can tell yourself that you are going to set out to get what you want. However, deciding that you can do something does not mean that challenges, obstacles, and difficulties will not present themselves. Roadblocks are a part of life, and the ability to overcome them strengthens us as human beings as we power towards our desired endgame.

There is a certain power that comes with self-belief. Self-belief is an innate self-fulfilling prophecy. When someone is confident and self-assured enough to believe in themselves, they take the according to steps to accomplish their goals.

For instance, imagine someone with an ambition to become a well-known and successful writer. This person is determined, strong, and confident in their ability to make their dream a reality. As a result of their drive and motivation, they set up accounts on various writing websites, reach out to clients, and frequently broadcast their writing career ambitions on social media.

Things for this person are not easy in the beginning. The aspiring writer may not even have a laptop or any supporters in the beginning. Critics constantly tell he or she that they'll never make it as a writer, but deep down, this person knows that they can succeed. While feedback and interactions with other people often do leave their mark, they cannot override one's willpower unless the individual allows it to.

Fueled with determination to prove their critics wrong, this person continues on their writing journey. Pretty soon, someone is moved by the individual's determination and sends him or her a used laptop. With the used laptop, the aspiring writer is now able to seek out additional work and eventually build up a strong client base. As time passes, they hone their craft and are writing for multiple publications before they know it.

What we tell ourselves and what we genuinely believe are the self-fulfilling prophecies which impact our lives. Had the aspiring writer taken the original criticism to heart and internalized the assertion that writing for a living is an impossibility, that prophecy would have fulfilled itself.

Our thoughts and actions become the a self-fulfilling prophecy which either makes or breaks us.

They Either Build Or Destroy Levels of Confidence 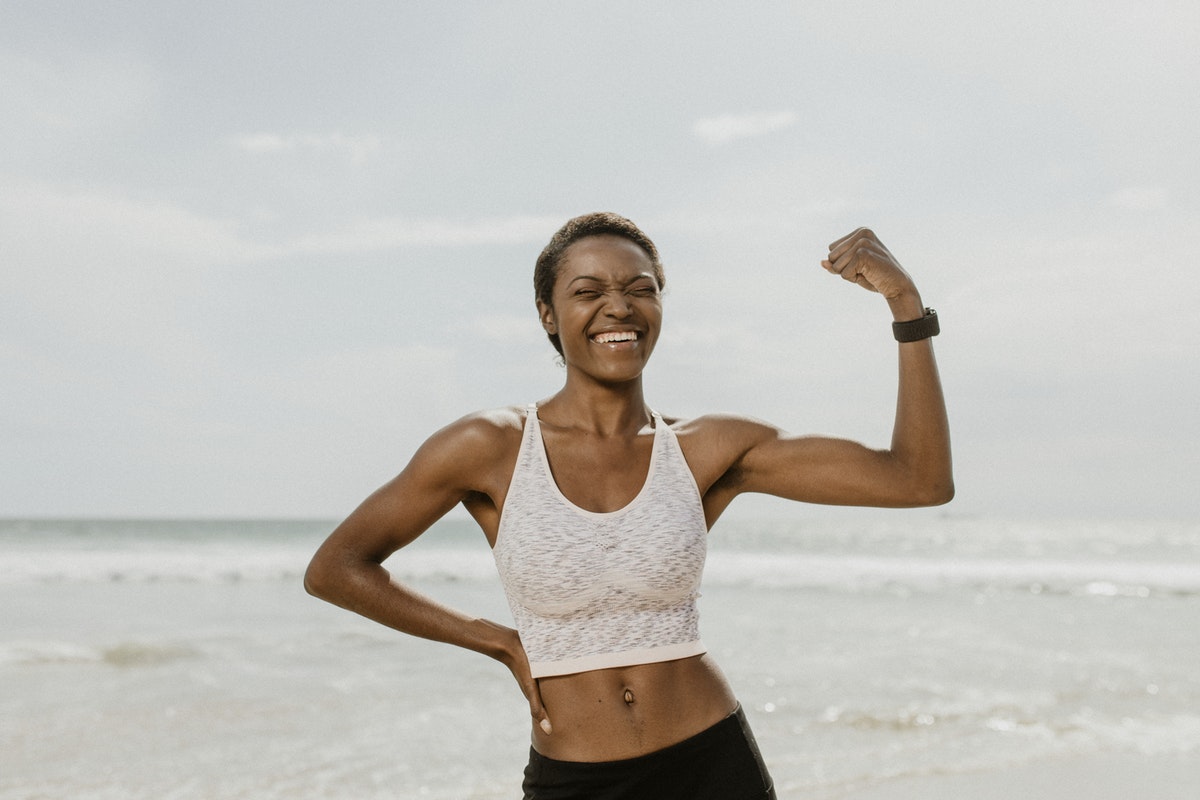 While interactions with others and our own self-beliefs do impact our lives, so do patterns. A person with a pattern of achievements and success is experiencing a series of self-fulfilling prophecies brought to fruition by his or her thoughts, words, and actions. The same principle applies to those who always appear to be down on their luck or simply not doing well overall.

Over time, a pattern of either success or failure tends to occur. Success tends to breed confidence, while failure fosters doubt and a lack of belief in oneself. The inherent nature of self-fulfilling prophecies dictates that our thoughts and beliefs ultimately engender our results.

In other words, people are used to experiencing prosperity and success are highly likely to expect these results, hence attracting more of them. Contrarily, someone who is used to failing or having situations metaphorically blow up in their face will usually expect this vicious cycle to continue, therefore bringing their prophecy to life. Self-fulfilling prophecies depend on each and can either be amazingly phenomenal or tragic.

Creating Your Own Self Fulfilling Prophecies 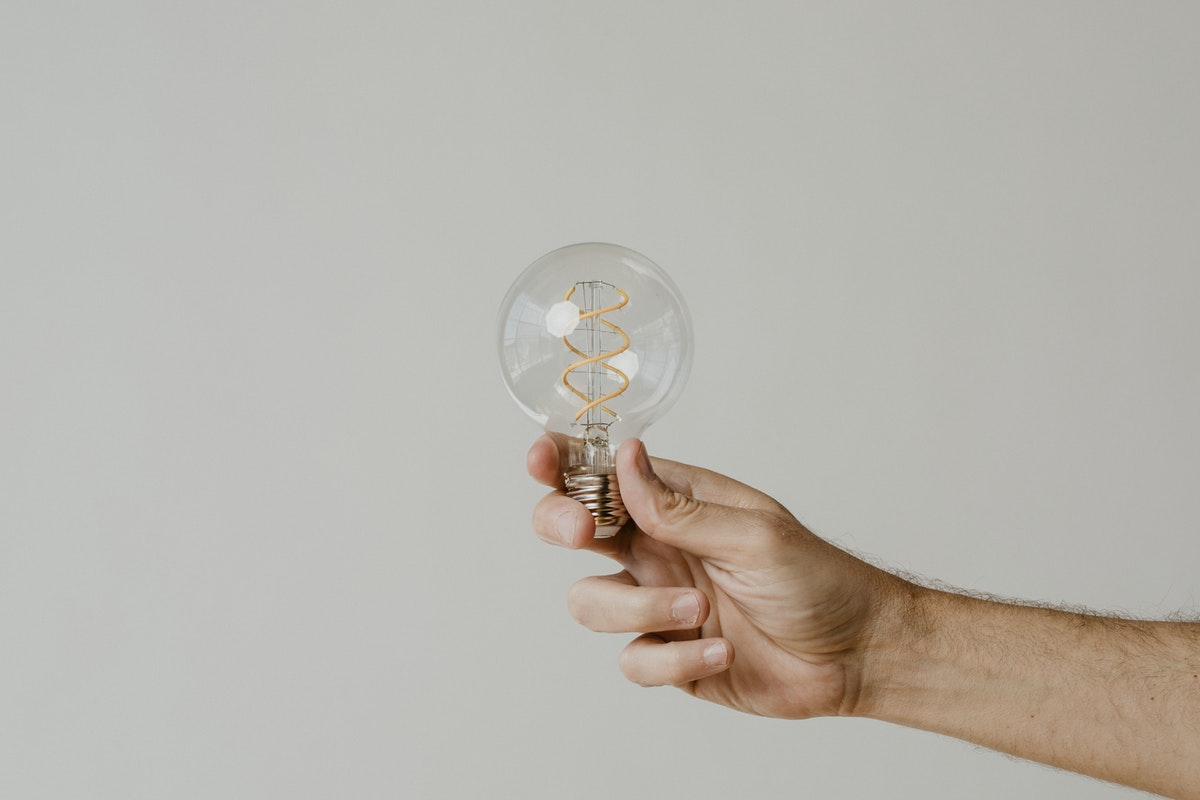 While mindfulness of interactions with others, ...

believing in yourself and expecting success to happen sound great on paper, often, these feats are easier said than done. Sometimes there are complications and difficulties in life which can make it challenging to look on the bright side, never lose faith, and expect great things. However, no matter what you may be going through, it is critical for you to know that you are not alone.

Here at BetterHelp, our mission is to provide professional and readily available counsel and help to those in need of it. Are you struggling with overcoming the perceptions of others? Are believing in yourself and expecting success and fruitfulness challenging? If so, BetterHelp is here for you. Our team of professionals are not only certified and licensed but also caring and eager to get to know you and provide the best assistance and guidance.

Ultimately, the choice is yours, and we cannot decide for you. However, if you or a loved one ever feel inspired to create a positive and beneficial self-fulfilling prophecy, please do not hesitate to reach out to us.

You can get started here.

10 Benefits Of Journaling You Shouldn't Ignore

How Does Emotional Healing Differ From Physical Healing? What Is The Difference Between Behavioral Health Vs. Mental Health? 5 Positive Coping Skills That Will Change Your Life What Is the Definition Of Empathy And Why Does Empathy Matter? How To Recognize Disorganized Speech, And What To Do About It Life Is An Emotional Rollercoaster
The information on this page is not intended to be a substitution for diagnosis, treatment, or informed professional advice. You should not take any action or avoid taking any action without consulting with a qualified mental health professional. For more information, please read our terms of use.
Your session is about to expire!