I Need Help Now: Seemingly No One To Talk To

Talking has been a form of therapy since the first spoken words. The ancient philosophers of Greece and Rome met and talked of the problems of the times, sharing wisdom, and advice. Many of their words still live on today, many quote Socrates or Aristotle without even knowing it. Those who believe in a higher power may talk to God, or to a priest. For some their barber, hairdresser, or bartender is their therapist; these clichés exist for a reason. Talking does not always require a verbal response, getting things off your chest as the old saying goes is just therapeutic.

Sigmund Freud, the father of psychoanalysis, was known for his couch upon which his clients would lie while he sat in his chair and listened. Freud did not always respond, he was merely collecting data. However, he established the model for psychoanalysis. Most people do not like to feel they are being analyzed or assessed when going to a therapist. They merely wish to be heard.

Talking Therapy Has the Politicians Talking 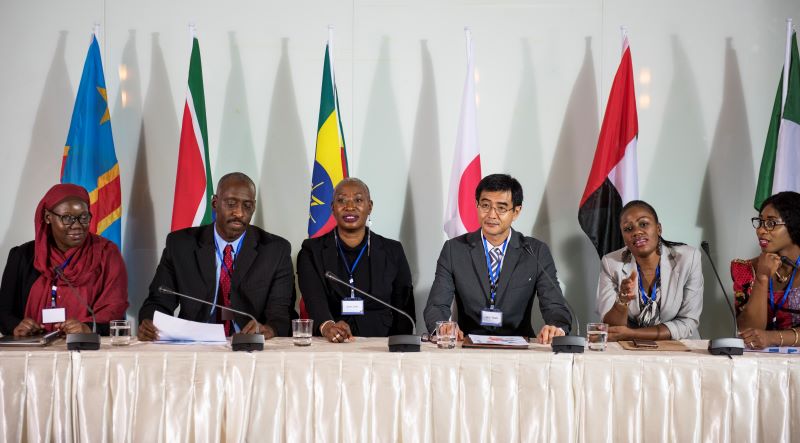 Over the past decade as politicians have looked at ways of lowering healthcare costs, specifically prescription drugs, talking therapy has become a viable option with talks of more monies going into programs for research and education (Gray, 2015). The thought behind this is that money spent in the present will save for the future. Mental health practitioners who are proponents of cognitive therapy have shared research that demonstrates through qualitative and quantitative findings that mental health patients prefer talking over taking medication (Davidsen, 2008; Holttum, 2014). Alternatively, one study found that only half the patients referred for talking therapy entered into treatment (Wise, 2014); these data were collected on the heels of a British government program to improve access to mental health. There were no data to support the reasoning behind the limited numbers who reported for their appointments.

Davidson (2008) found that a large percentage of general practitioners report that patients coming to them for physical ailments, really just need someone to talk to. Upon further research into these claims, Davidson discovered that general practitioners treat over 90% of mental health disorders. Most of these disorders are diagnosed as general anxiety or mild depression, with more severe cases referred to a psychiatrist or psychologist. What these numbers suggest is that individuals who suffer from anxiety or symptoms related to depression, prefer seeing their regular doctor as opposed to establishing a new doctor-patient relationship. The inference being they wish to speak with someone where a comfort level has been established.

Holttum (2014) found that social anxieties related to schizophrenia were mediated by talking therapies for newly diagnosed patients. One of the diagnostic earmarks of schizophrenia is paranoia, which is a heightened form of anxiety in which the schizophrenia patient feels the center of attention, that all eyes are upon him. At the beginning of the stages of this disorder, individuals are somewhat aware their behavior seems bizarre or eccentric. Involvement in talking therapies could save many persons with schizophrenia from hiding in the streets where they find kindred souls due to their feelings of social anxiety (Holttum), which can be tantamount to terror for the individual with schizophrenia.

The UK: Leading the Talks

Taking therapy has been recognized in Britain as an alternative to pharmaceutical treatments, and if patients are referred to talk therapy during early onset of anxiety, depression, or other mental disorders, the individual may avoid hospitalization down the road (Houghton S & Curran J, 2007). In fact in this and other studies nurses are finding that talking improves patient outcomes on surgical and general medicine wards, as well as mental health (Anonymous, 2010).

The studies reviewed in this article are primarily from British medical journals, and while these findings on the health benefits as well as the costs benefits have been discussed under the prior presidential administration (Gray, 2015), it is too soon to tell if this will be a priority of the current administration. In general, with the American healthcare system in order for insurance to pay for any kind of therapy, it must be approved first, with a diagnosis rendered within the first treatment.

Based upon the findings of the reviewed research, taking therapy should be used as health maintenance, like physicals. Everyone should be allowed to go to a mental health practitioner for a mental health checkup each year, and also visits when stress levels are building just as one would go to the doctor for a persistent pain in the stomach or head. However, there is still very much a stigma associated with mental health causes people to avoid seeking help (Manos, Rusch, Kanter, & Clifford, 2009), which often then manifests into physical complaints (Wang, Peng, Li, & Peng, 2015). The inference drawn here is that there is little wonder then that general practitioners treat 90% of mental health issues in the United States. 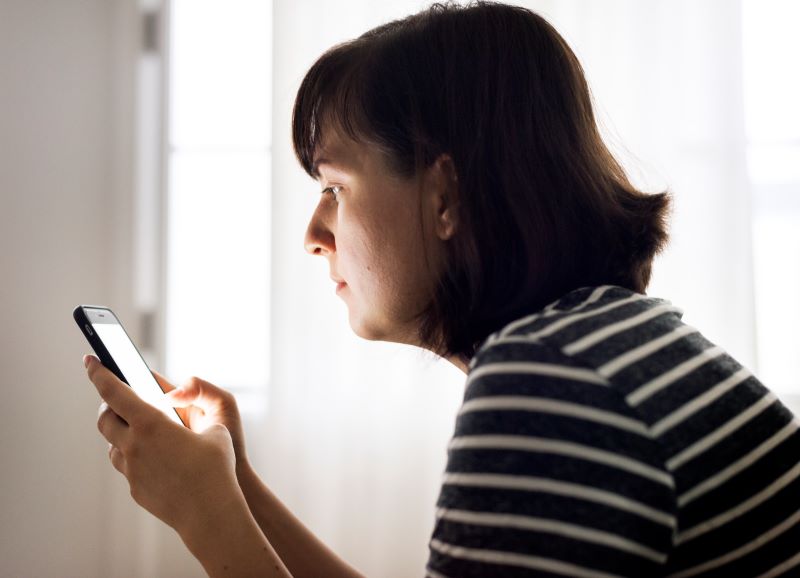 In another UK study, researchers found that digital access to talk therapy is effective in helping schizophrenic patients who feel an oncoming delusion, or hallucination ("Frontiers | Designing the future of talking therapy," n.d.). A mobile app was created where patients could access a talk therapy practitioner from wherever they happened to be when the feelings of anxiety and paranoia begin.

There is far more to accessing mental health care than insurance and location. For persons with allergies to peanuts or bee stings, there is an epi-pen. For diabetics, there is an insulin pump. For cardiac patients, there are nitroglycerin pills. For the individual who needs to talk, there should be a means of doing so without jumping through bureaucratic hoops. Perhaps if the US government made mental health care more of a priority and spoke of it in the same terms as healthcare, the stigma long associated with mental health issues would slowly devolve and access could be increased.

The reality is that if there is no talk about taking common sense measures to prevent evolving mental health issues from becoming a mental health crisis, then there is limited access to talk therapy for those who need it when they need it. To take things a step further, when someone is in a full crisis that person can place himself or others in danger. There are instances where a person has simply reached the point where the stress is unbearable. When a person reaches the breaking point, he or she may strike out at family, friends, co-workers, or strangers. In such cases where hostages have been taken, there are cases in which lives have been saved by a well-trained negotiator whose primary aim is talking someone down (CNN, n.d.). The only tools a negotiator takes onto the scene is his or her ability to communicate.

If people applied the value to communication, problem-solving, and sharing of wisdom as did the ancient philosophers, there might be a significant reduction in the need for anti-depressants and anti-anxiety medications (Houghton S & Curran J, 2007). If individuals have someone to talk to, before they reach a crisis, then the crisis can greatly diminish if not diverted. Talk in these situations is not cheap, it can be the most valuable tool someone has. Not everyone needs to speak to a trained talk therapy practitioner or a cognitive therapy counselor, by the same token, not everyone has someone around during times they feel the need to talk.

There are suicide prevention hotlines for individuals that have reached a crisis; however, crises should and can be prevented when people have support systems, such as family, friends, and even co-workers who listen to them. When someone has a dire need to talk, what is said is not always pleasant. Think of it as the need to purge the digestive system of something eaten that was disagreeable; when it comes out, it is not pleasant, but it had to come out so the individual could feel better.

One of the reasons talk therapy can become such an integral role in physical and mental health care is that family, friends, and co-workers are often not equipped, nor objective enough to effectively diffuse or provide support in situations leading to crisis. In fact, they may make things worse due to their subjectivity to the situation.

The reason talking therapy works is that it is so practical. The reason talking is overlooked as a viable alternative to therapy - is also because it is so practical. The American Psychological Association recommends five common sense tips to aid in relieving stress ("Five tips to help manage stress," n.d.). If these are employed at the onset of stress, the individual may be able to avoid seeking treatment. Talking to those in the support system is on the list; however, there are four other tips that can be practiced when there is no one to talk to.

Talking therapy is becoming increasingly recognized in the UK as a practical and cost-effective means of reducing medical costs associated with mental health hospitalizations and prescribed medications. While there has been a talk of this research in the United States, the US is not advanced in its thinking about medical care as are many European countries as well as Canada. Until individuals can learn to think of their mental health as being no more stigmatizing than their physical health, the ability to seek mental health intervention may stop at the general practitioner. Until general practitioners have the time and the training to conduct talking therapy with their patients, all they can really do is nod and write a prescription. There is no slight intended to the general practitioner, for most would not see an optometrist for a toothache either. 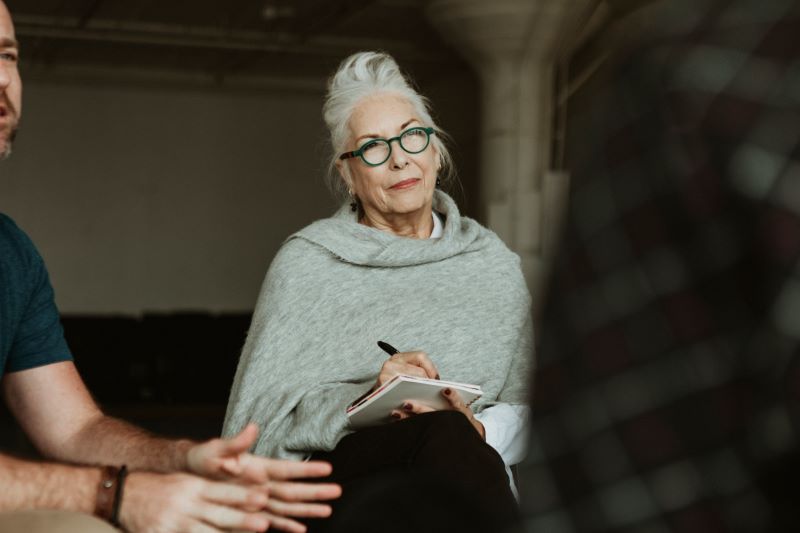 The UK may be on to something with their digital access to mental health approach ("Frontiers | Designing the future of talking therapy," n.d.), it is time that US healthcare systems and insurance companies recognize that immediate access to talking therapy can prevent a mental health crisis by providing individuals an outlet to process their emotions and stressors. Obviously, the costs factors would have to be considered, as well as other administrative factors. Until that time there are easily accessible online counseling agencies with licensed mental health practitioners available. The costs for online therapy does vary, and many very affordable. The best part of these programs is that they are available with no referral necessary when individuals just need someone to talk to.

Previous Article
Mental Health Writing Contest – Ends May 31st, 2017
Next Article
How To Overcome Boredom
For Additional Help & Support With Your Concerns
Speak with a Licensed Therapist
The information on this page is not intended to be a substitution for diagnosis, treatment, or informed professional advice. You should not take any action or avoid taking any action without consulting with a qualified mental health professional. For more information, please read our terms of use.