Parents! Learn A Lot From These Parenting Fails

Being a parent is one of the most difficult jobs in the world. While there is no such thing as a standard way of raising a child, what most parents fail to realize is that they are the biggest influencers to their kids especially during their formative years. Thus, children who are more exposed to these mishaps are likely to develop some behavioral problems and eventually carry them into habits once they grow older. 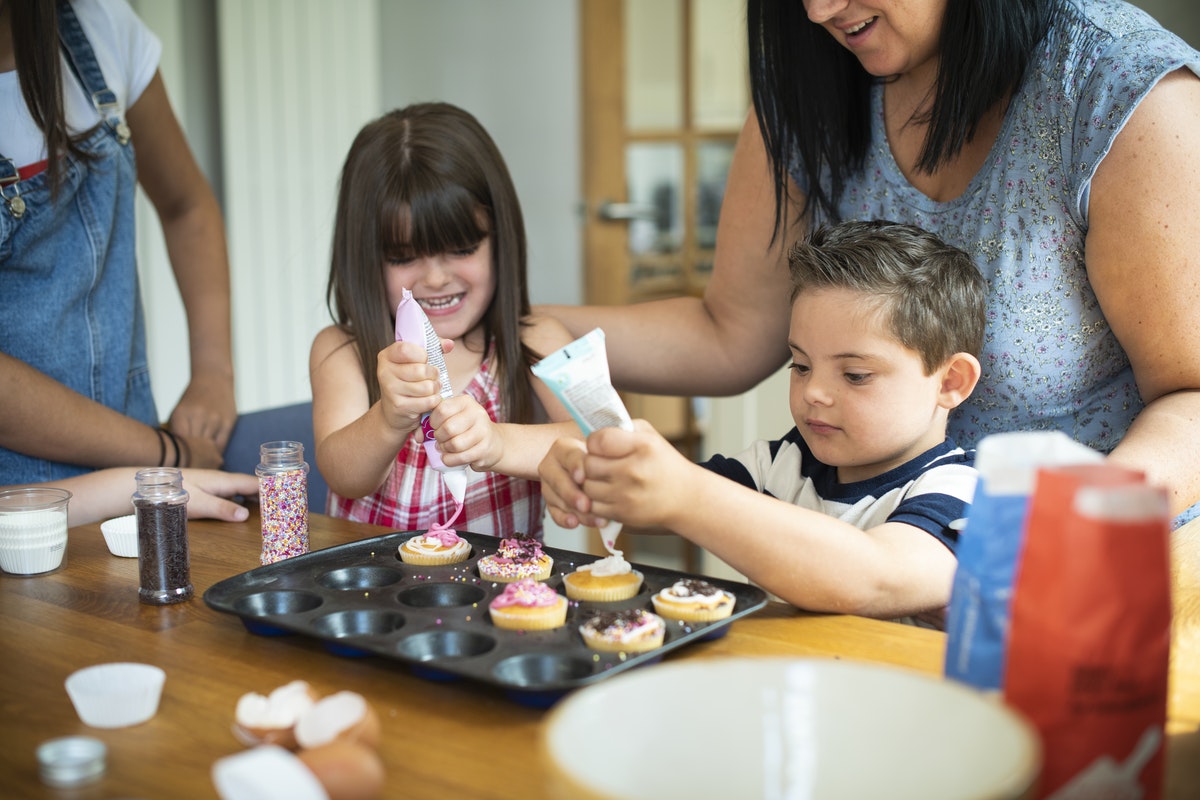 The thing is that parents only want all the best for their children so that they can grow up to be successful and fulfilled people in the world. But why is it that recent survey revealed that many parents these days are not happy and unlike their counterparts a few decades ago, they seem to have no grit when it comes to facing life's too many complexities. Could it be a sign of parenting fails?

Although it can be difficult to determine what techniques are ideal in parenting, there are certain fails in parenting that experts have found out to be linked to problems among children that eventually lead to depression and anxiety later in life. Thus, below are some parenting fails that parents need to avoid.

They Are Helicopter Parents

Many parents these days are too involved with their children. If you become a helicopter parent, you run the risk of damaging your child's identity of self. It often results in children feeling more anxious on what they do because they know that you are always hovering on even the simplest things that they do. In most cases, helicopter parents also display over controlling behavior thus somehow curtailing the independence of children. 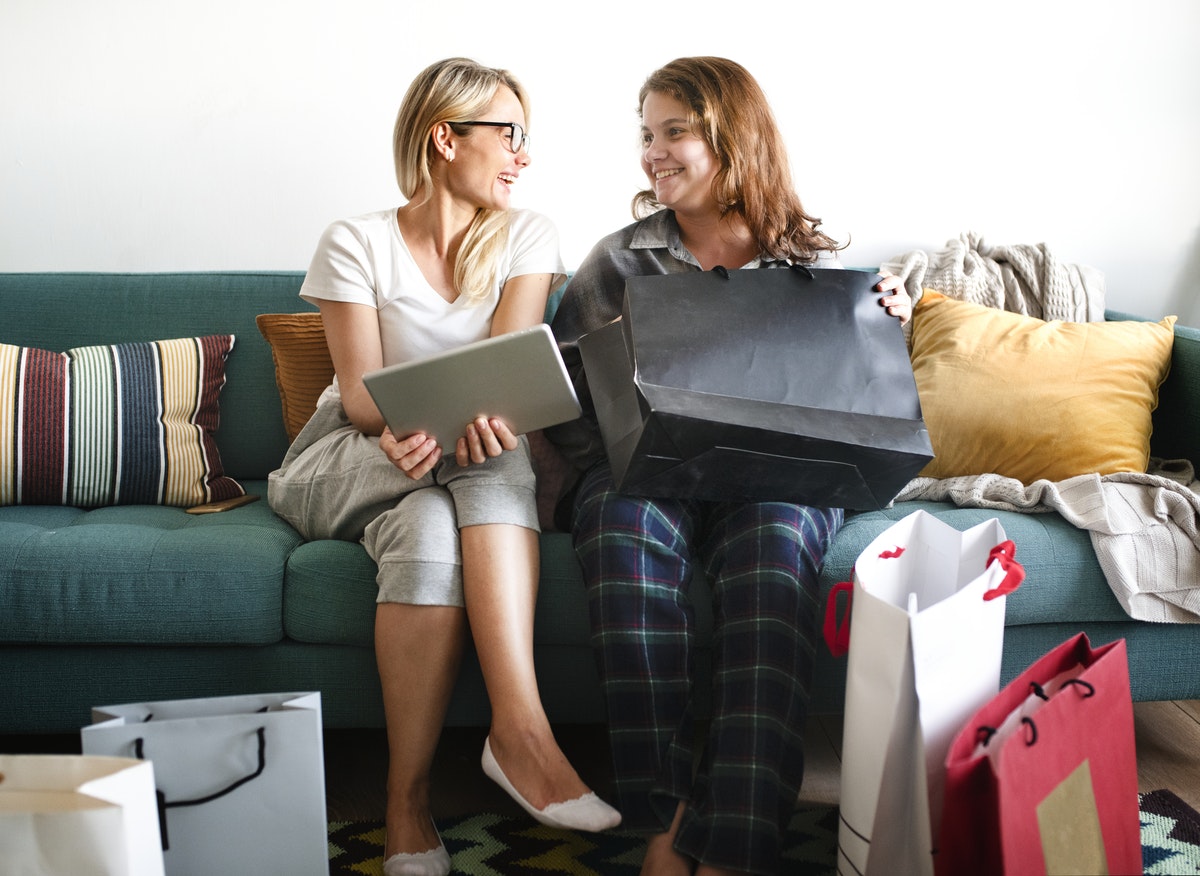 A study conducted in the Journal of Child and Family Studies noted that students who have over controlling parents have higher levels of depression in their lives. They are also less creative, less open to new ideas, and more self-conscious.

They Worship Their Children

These days, many families live in a child-centered environment. These parents are raising their children in child-centered homes - meaning their lives revolve around them. As parents, everything they do is centered around their children. They don't mind giving them everything they want, because their happiness is also our happiness. But isn't this what parenting and family is all about? Well, yes and no.

It is important to take note that our children should be loved and not worshipped. Aside from raising healthy children, we also have to teach responsibilities that are important in maintaining the integrity of our family. As a parent, it is also your role to protect your relationship with your spouse. The problem with living in a child-centered home is that the kids become entitled and selfish thus they think that the world owes them and not the other way around.

Wanting To Be Our Children's Best Friend

Now, what parent does not want to be friends with their child? Like everybody else, we want our children to love us, and we think that the only way for them to warm up to us is to become their friends. Wanting to be your child's BFF makes us more permissive because we fear that we might lose their approval and love, in the process.

In parenthood, it is crucial that we exercise authority. We can still be friends with our children, but we should set some limitations. Being BFFs with our children is a parenting fail because it makes them believe that we are on equal footing with them. As a result, we lose our authority as parents, and they don't respect us anymore.

Deciding Everything For Them

There will come a time that we have to allow our kids to test their wings. Giving them independence to decide for themselves should start early. Studies have shown that kids who are independent can help them resist peer pressure. But if you make decisions for them on everything that they do, this may lead to low self-confidence and self-reliance. Once they grow up, your child will still go running to you if they need to make decisions about their lives.

While you might be flattered that you adult offspring still values your opinion, what happens if you are gone? Do you think that your child will be able to move on by himself or herself without you? So, encourage your children to be independent. Allow them to make their own decisions and also let them experience the consequences of their action. I know that it is hard to see our kids experiencing difficulties, but you have to stand your ground.

But this does not mean that you have to leave them to suffer alone. Stay by their side silently and be willing to listen to them. By letting them experience the consequences of their actions, they will be able to develop courage and increase their self-esteem especially if they have surpassed the problem by themselves. 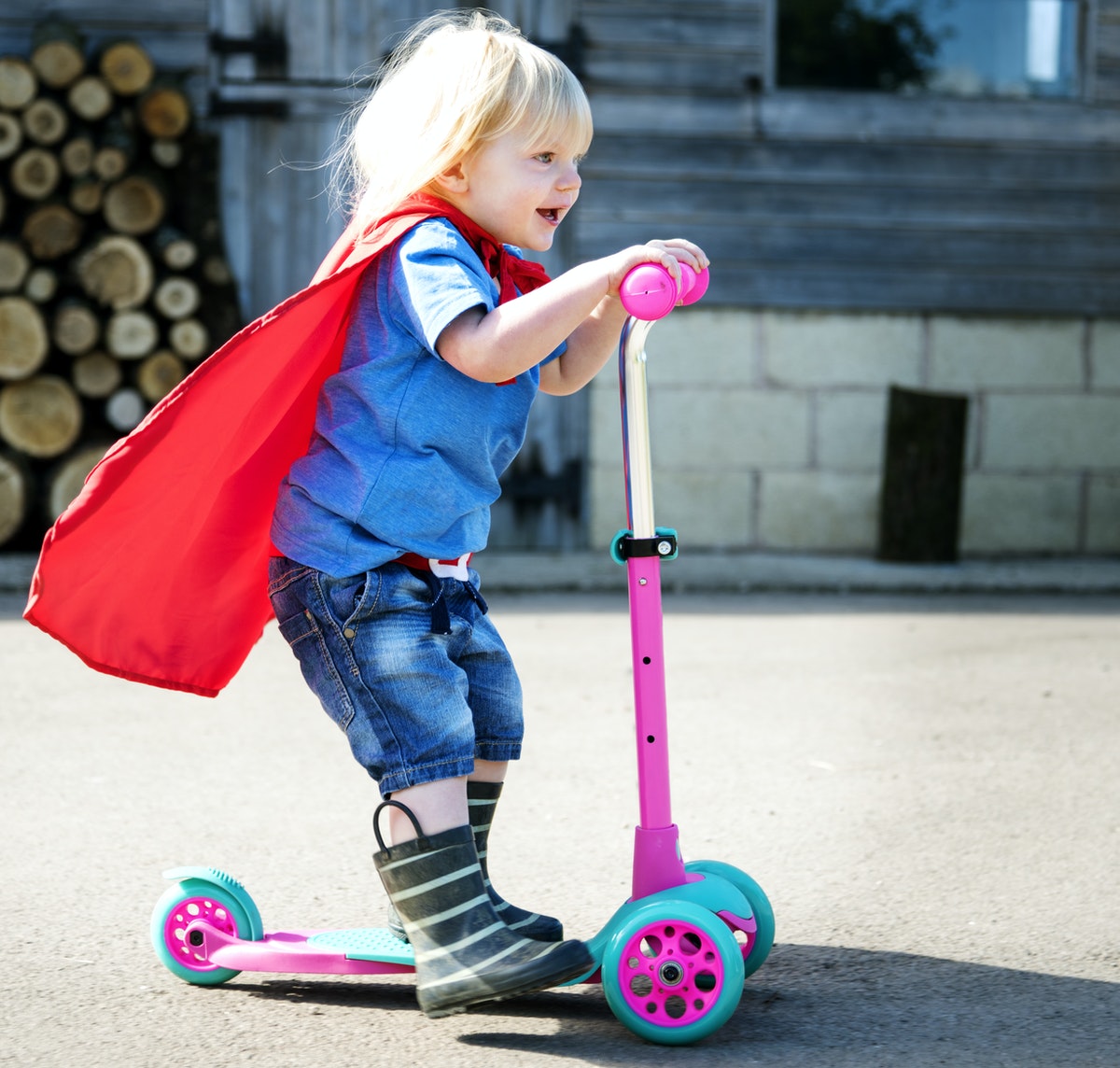 Allowing our children to fall to the ground and have them pick themselves up is not a sign of a bad parent. You are teaching your children character - to be more resilient and have more moral fiber. It may be trivial now but once they are older, you will know that you have raised a successful child if they can deal with many life challenges head-on and unafraid.

If too little independence is bad, allowing too much independence is equally as bad. This is one fail that many parents are so guilty of. This is especially true if your children are very young. Some parents allow their children to choose what they want. For instance, they allow children to decide for themselves such as their bedtime or their amount of TV exposure can be bad. They also allow children to choose the types of food that they eat and, naturally, children will opt for treats than real food.

Being too lenient is bad for kids because they can choose whatever they want without facing natural ramifications. As a result, it makes children more selfish and less empathic to the needs of others when they grow up.

They rely on technology to distract their children 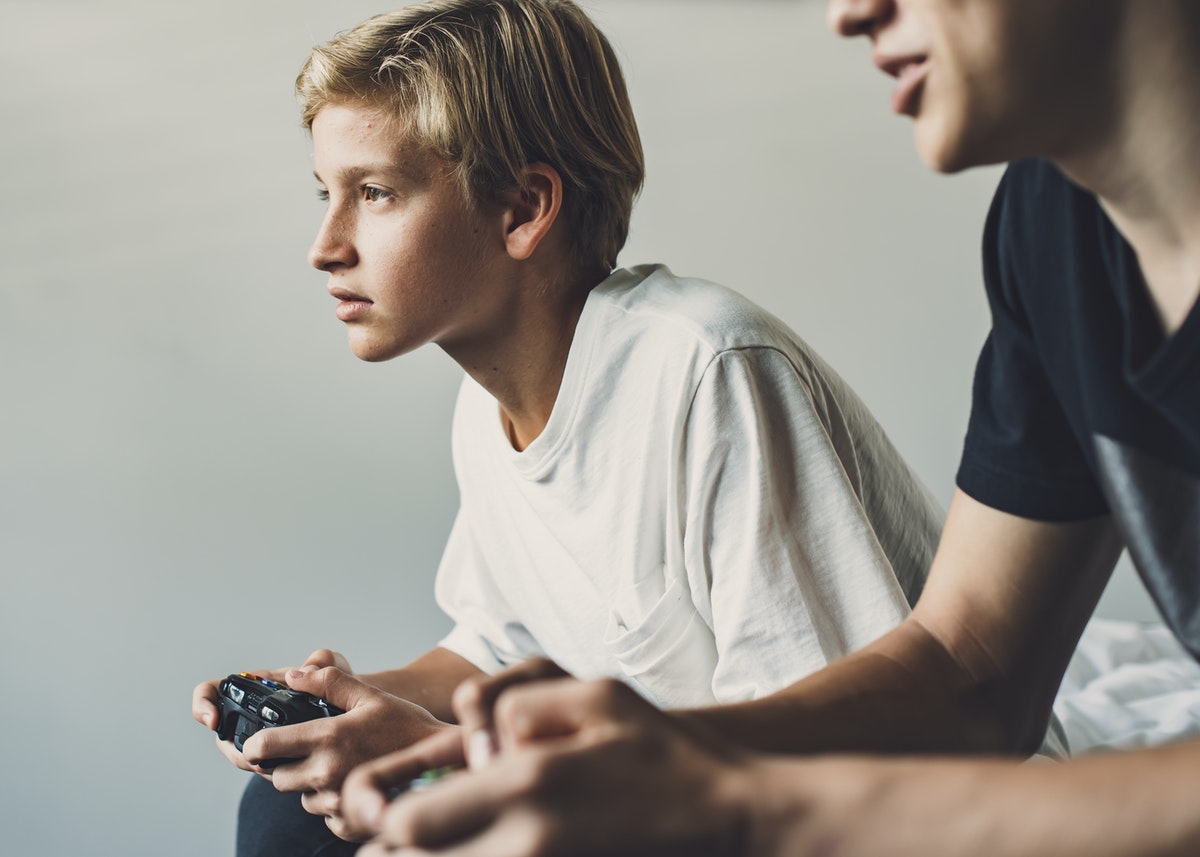 With technology being so accessible these days, many parents also use it to distract children. This is another fail that we often commit. When our children cry, we distract them by letting them watch YouTube, and they'll be happy for hours on end. If we are busy with the house chores, we let them watch their favorite cartoons until we are finished with our task 2 hours later.

The thing is that we need to limit the technology use of our kids. Studies have shown that children who were exposed to too much screen time at an early age, develop poor communication skills. There's even a physical caveat to early exposure that causes children's neural connections to not develop properly, and they might also suffer from vision problems at an early age. Many children learn how to operate their iPad even before they develop motor skills fully. As much as possible, don't allow your children to get exposed to gadgets until they are four years old. That way, they have more time in the formative years to explore different skills.

They Use Verbal Discipline

The use of verbal discipline in the form of yelling can have detrimental long-term effects on children. Several studies noted that harsh verbal discipline such as the use of cursing and insults can cause behavioral problems as well as depressive symptoms in children when they grow up.

Now, this can be a tough call because we know that corporal punishment is also not good for children. Does this mean that we should not discipline our children at all? Of course not! We can still discipline children without the need for corporal and verbal punishment. We can talk to our children through firm communication to let them understand what they did was wrong. Never underestimate children because they can understand situations as long as you explain to them properly. 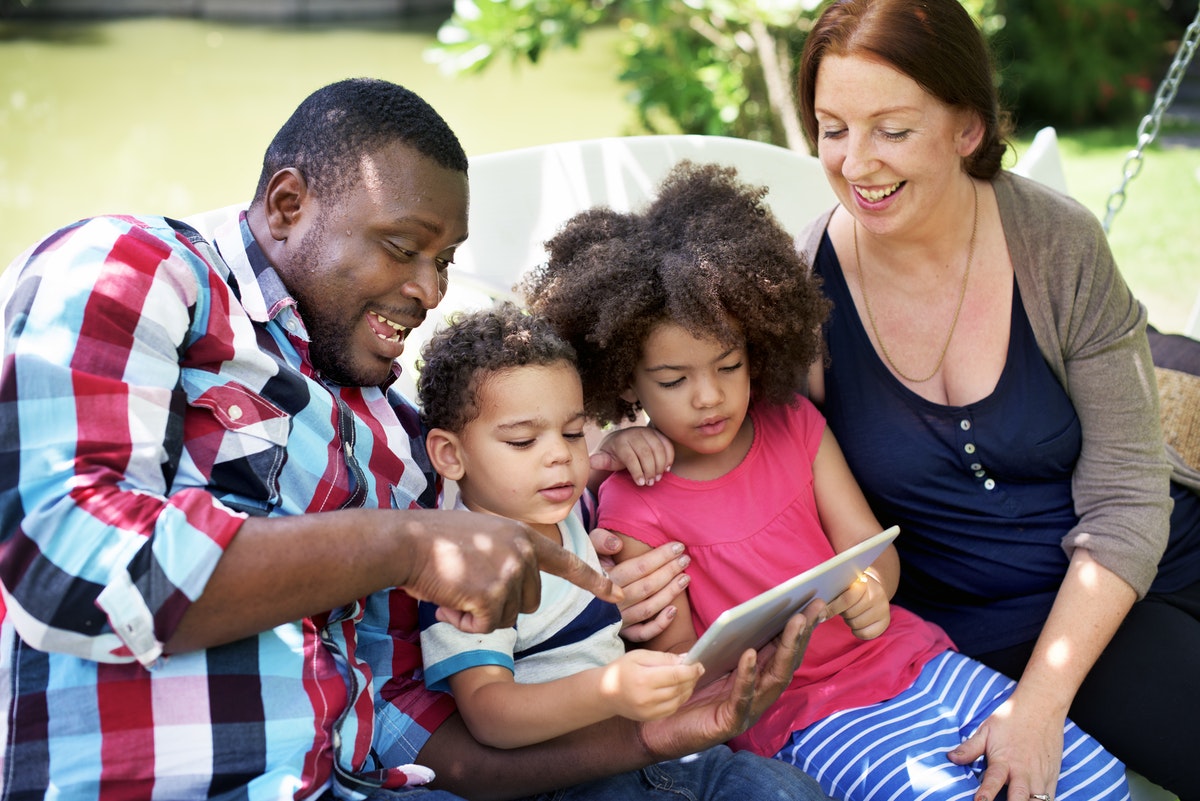 Indeed, it is hard to raise a child, but we sometimes have to ask ourselves if what we are doing is doing them good in the long run. While children live on short-term gratification, it is our goal to raise them in such a way that they learn important moral values to prepare themselves for the real world. If you think that you or your child needs the help of a therapist, just to put your mind at ease, BetterHelp offers 24/7 contact with a therapist.

What’s the Difference Between Authoritarian and Authoritative Parenting?

How Does Nature Vs. Nurture Affect Your Child?
For Additional Help & Support With Your Concerns
Speak with a Licensed Therapist Today