What Is Axis II Personality Disorder? 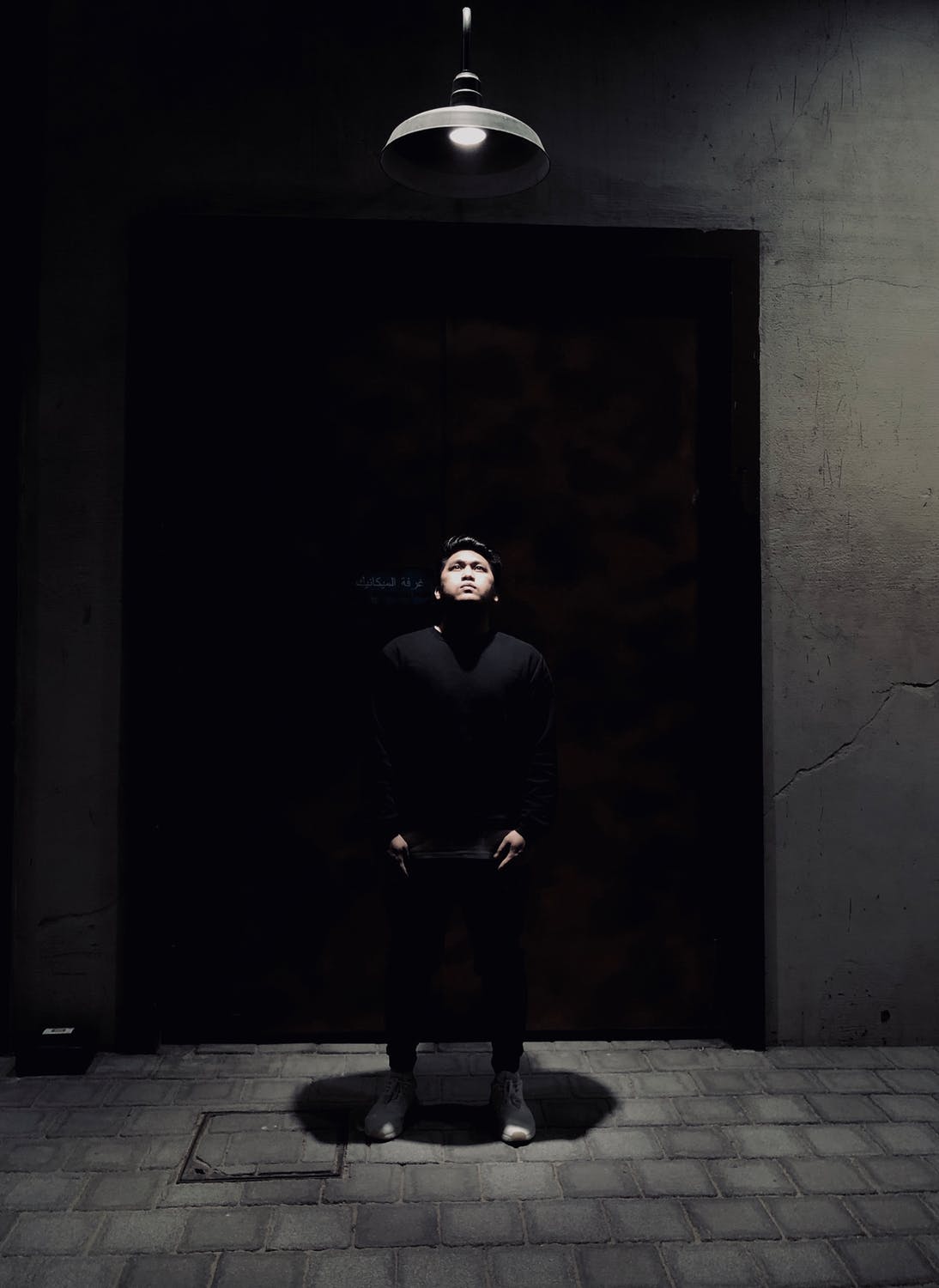 Questions About Axis II Personality Disorder?
Talk To An Expert - Chat Online With A Licensed Psychologist Today!
This website is owned and operated by BetterHelp, who receives all fees associated with the platform.

In total, there are twelve different disorders that are grouped under this classification, including eleven different personality disorders, and each one is slightly different from the next. Each requires a different treatment, but each one should be treated. Personality disorders greatly affect the way a person will live their life and the way that they interact with other people. By seeking treatment, it's possible to overcome the harmful effects of any of these disorders.

Characterized by extreme paranoia along with a level of suspiciousness and mistrust of other people, paranoid personality disorder affects the way that an individual perceives those around them. Someone with this disorder may believe that others are disloyal to them or may be out to harm them. They may become hostile quickly, getting defensive when criticized or even when simply talking to others. They may perceive criticism in normal conversations and have difficulty working with other people because of their overall mistrust. As a result, they tend to become very isolated and detached from those around them.

Where some personality disorders can cause unintentional isolation, a schizoid personality disorder is characterized by a complete lack of interest in social relationships. These individuals prefer to be alone and therefore tend to have an emotional coldness and secretive tendencies. They prefer to lead a sheltered lifestyle. They have difficulty making attachments to real people, but they tend to have extensive fantasies and internal thoughts and beliefs of their own. This disorder is not the same as schizophrenia or schizotypal personality disorders, though it is similar in some ways. 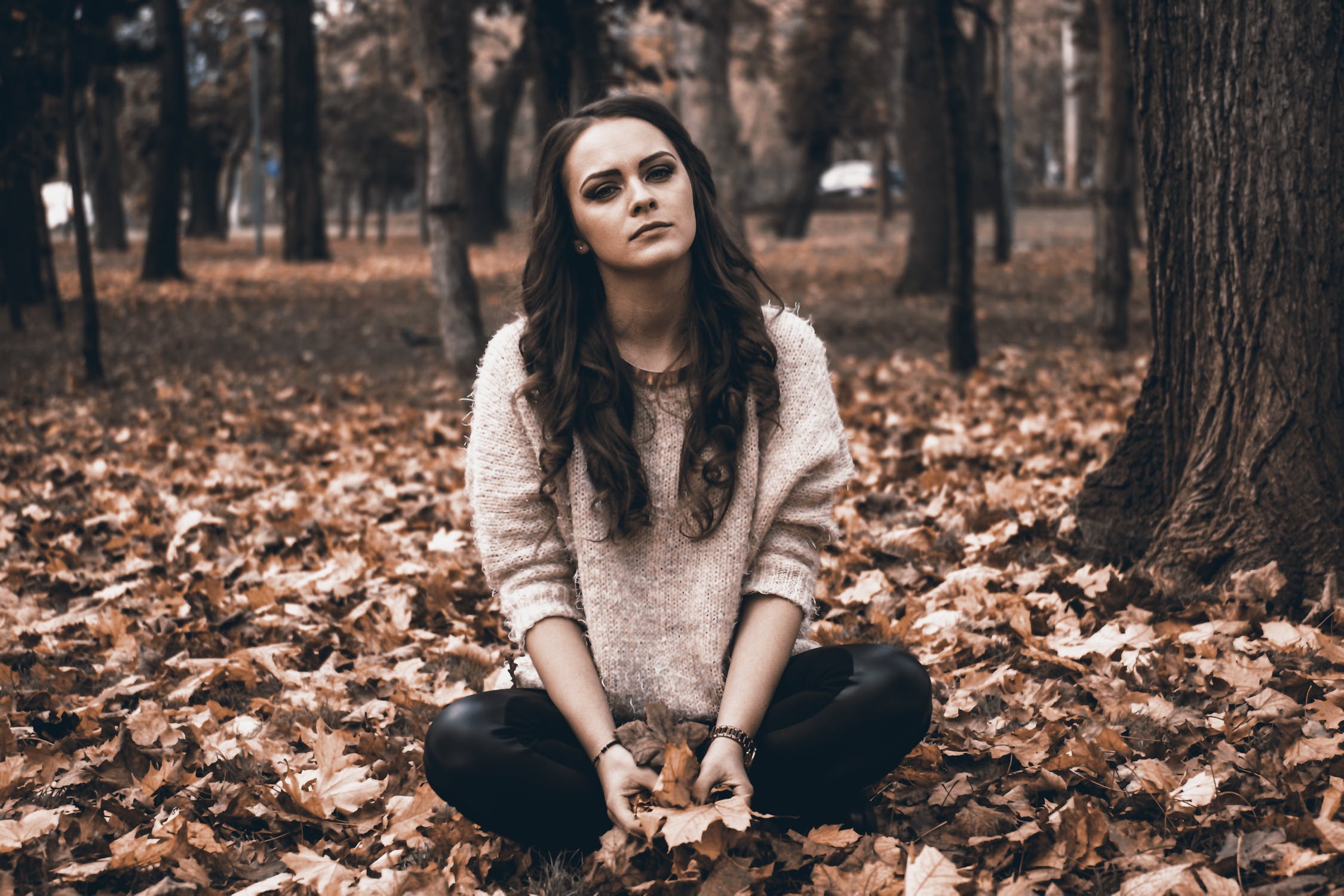 Someone who has schizotypal personality disorder avoids all social interaction and activities, and it's not purely out of choice (similar to schizoid personality disorder). These individuals have an intense level of social anxiety as well as unconventional beliefs about forming relationships with others. They tend to have difficulty with relationships because they feel that people have negative thoughts about them. As a result, they generally steer clear of other people. They may also have strange manners of speech and dress, and they may even have superstitious beliefs. They also tend to believe they have anxiety or depressive disorders rather than a personality disorder.

People with antisocial disorder consistently disregard the rights of others. In fact, individuals with this type of disorder may lack a conscience or will have few morals. In general, they care very little (if at all) about other people in society. They may even have a criminal history related to their impulsive behaviors and their aggression. Individuals with this disorder will often violate the rights of others repeatedly because they have no concern for others or their rights.

This disorder is characterized by instability in relationships with other people in addition to instability in an individual's sense of themselves and their own emotions. Individuals with this disorder may fear abandonment, and they may have difficulty with feeling empty. They may also engage in dangerous activities or self-harm, or they may act out after normal events and experiences. Many individuals with this disorder will suffer from substance abuse, depression, and eating disorders, and up to 10 percent of them are at risk for suicide in early or middle adulthood.

Someone with this disorder tends to crave attention and will do anything to get it. In general, they will exhibit seductive behavior or may act inappropriately toward others. They can also be extremely dramatic, enthusiastic, vivacious, and lively, becoming loud or sexually provocative. They can be self-indulgent and egocentric, and they may dress or act inappropriately. They tend to exaggerate any behaviors or emotions that they feel or express. This disorder is four times more likely to occur in women than in men and occurs in approximately 2 percent of the general public.

People who feel that they are self-important to an excessive degree may be diagnosed with narcissistic personality disorder. These individuals require a great deal of attention and feel like they are more important than others. They have very little understanding of what others think or feel, and they do not care about the little they do understand. Instead, they are very focused on themselves, their appearance, and their accomplishments. They may also take advantage of others on the way to the top or to get whatever they want. 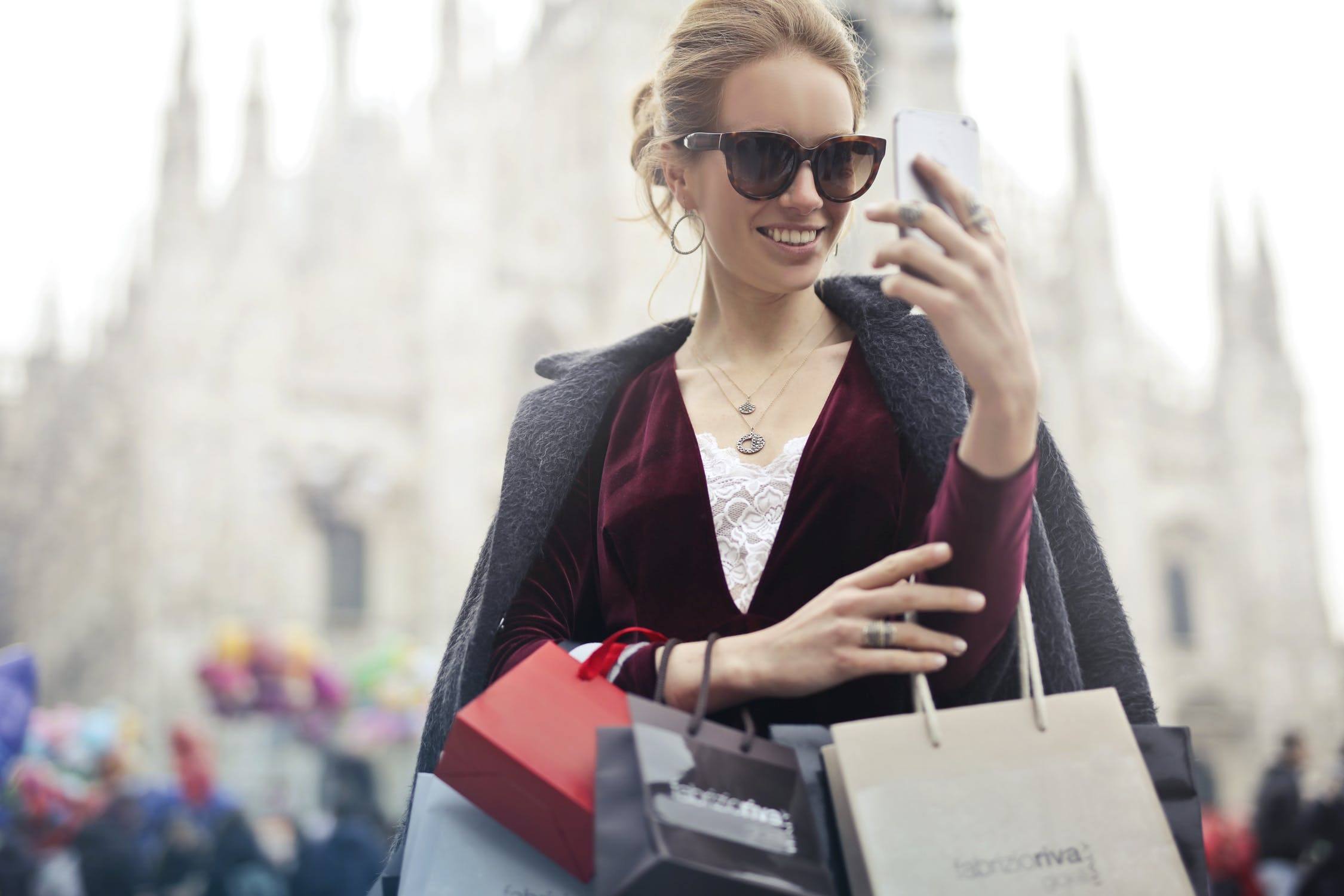 These individuals tend to feel extremely inadequate and inferior to others. They have extreme sensitivity when it comes to any negative situation or criticism, so they tend to avoid social interaction completely. Even so, they have a strong desire to be accepted and loved, and they desperately want to form intimate relationships. These individuals face a very strong fear of being humiliated or rejected by others, which causes them to completely avoid other people. Unless they're sure to receive a beneficial or positive reaction from others, they try to avoid social interactions. Those with a history of neglect have a higher chance of developing this disorder.

This disorder is characterized by clinginess and dependence on someone else. The individual suffering from this disorder will form a strong emotional and physical dependence on another person, requiring that person to make any and all decisions for them. These individuals are incapable of making major decisions themselves and even have difficulty with minor decision-making. They tend to attach themselves completely to a specific person in their life and find it very hard to branch out. In general, they can't do anything at all unless that person tells them to do it.

While many people think obsessive-compulsive disorder is about cleanliness, that's not always the case. In addition to excessive orderliness and perfectionism, hoarding is a type of obsessive-compulsive disorder. Someone with a need for control at the expense of flexibility, someone who requires exact actions to be constantly performed, or someone who repeats specific experiences over and over again may be suffering from this disorder. Characterized by patterns and repeated behaviors, obsessive-compulsive personality disorder makes someone pay close attention to details, so they have little flexibility in life. Someone with this disorder will plan their day to the last detail.

Finally, disorders such as depressive, passive-aggressive, sadistic, self-defeating, and psychopathic personality disorders are all grouped into a not specified category because they do not fit into any of the categories we've already discussed. These disorders are each unique and tend to have characteristics that separate them from others. This category is used to define specific aspects of another disorder that don't comply with the official definition or as an emergency classification when help is needed urgently. The individual with one of these disorders may require additional treatment to make a more accurate diagnosis.

There are many kinds of treatment for any and all of these disorders. Mental health issues can lead people to feel stigmatized or isolated, which can worsen their condition, but it's important that people who struggle with personality disorders find the help they need and deserve.

Even the most acute disorders can be treated with a variety of therapies, including:

People with personality disorders might appreciate support from an online community. BetterHelp has a team of licensed mental health providers that can support you. If you or someone you know needs help, the non-threatening, flexible approach of online counseling may be a great option. Reach out to BetterHelp to learn more about being matched with one of our qualified counselors. 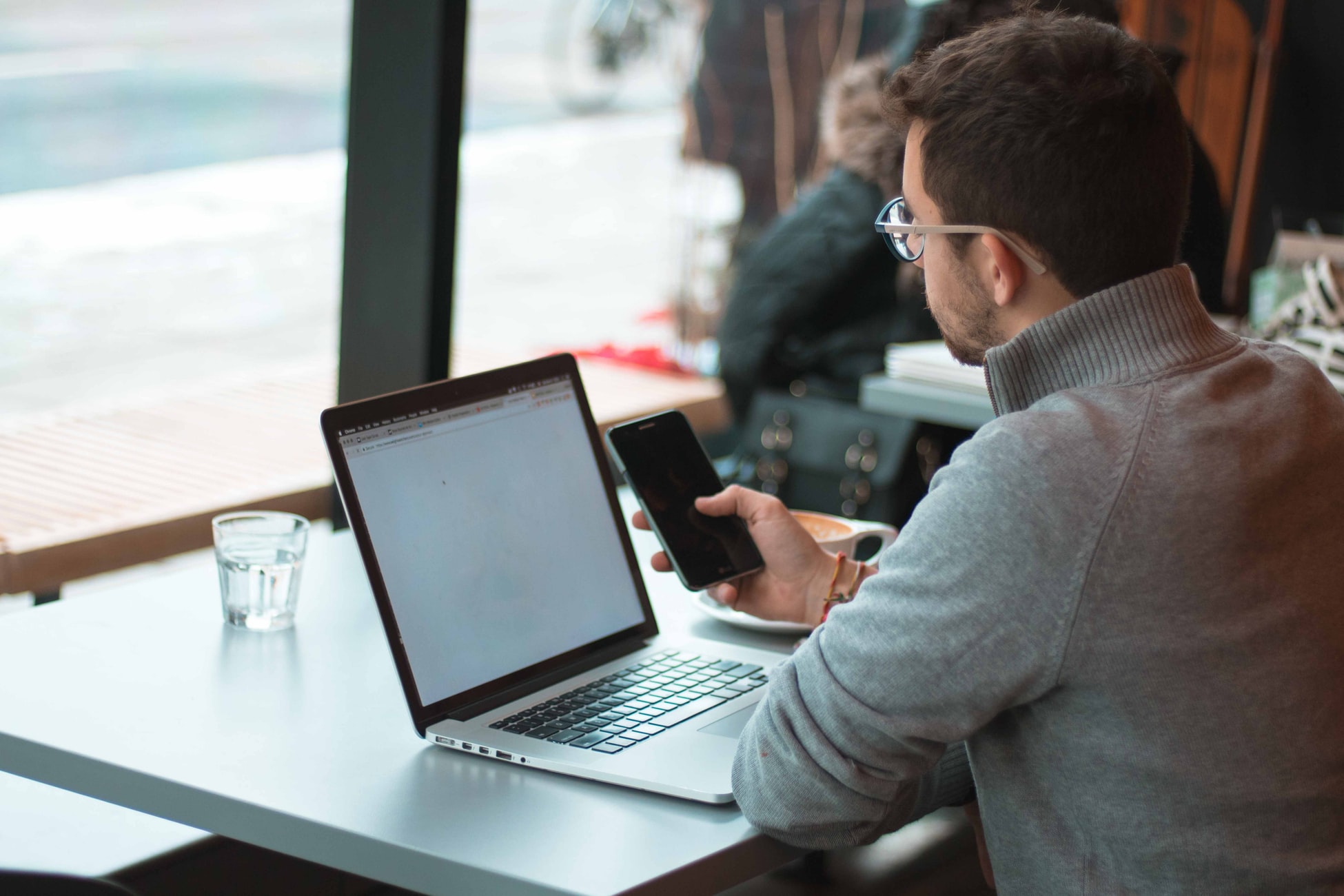 You can also read some counselor reviews below, from people experiencing a variety of issues and life challenges.

"Loretta has undoubtedly changed my life. In my late attempt to deal with trauma she has shown me the light at the end of the tunnel. Through various strategies and methods she has provided me, I have become less paranoid, guilt-ridden, and anxious. I am so glad I decided to start using BetterHelp and was paired with Loretta."

"I've barely started my counseling through this website. Even though it has been 3 weeks, it has helped out. I'm able to tell her things that my paranoid delusions aren't able to use against me. I guess it is because she is at a distance. Either which way, her tools of coping are massive and highly appreciated. Adding more tools to the chest."

If you think you might suffer from a personality disorder or any other mental health issues, it's important to seek professional help. A therapist or psychiatrist can help you to work through the effects of your disorder, so you can find a way to improve your symptoms and your life. A truly fulfilling life is possible-all you need are the right tools. Take the first step.

What Is Repetitive Compulsion & How To Overcome It

What Is Thought Blocking?
For Additional Help & Support With Your Concerns
Speak with a Licensed Therapist Today