Advice Home > Phobias > Psychology Of Xenophobia And How It Affects Everyone

Psychology Of Xenophobia And How It Affects Everyone 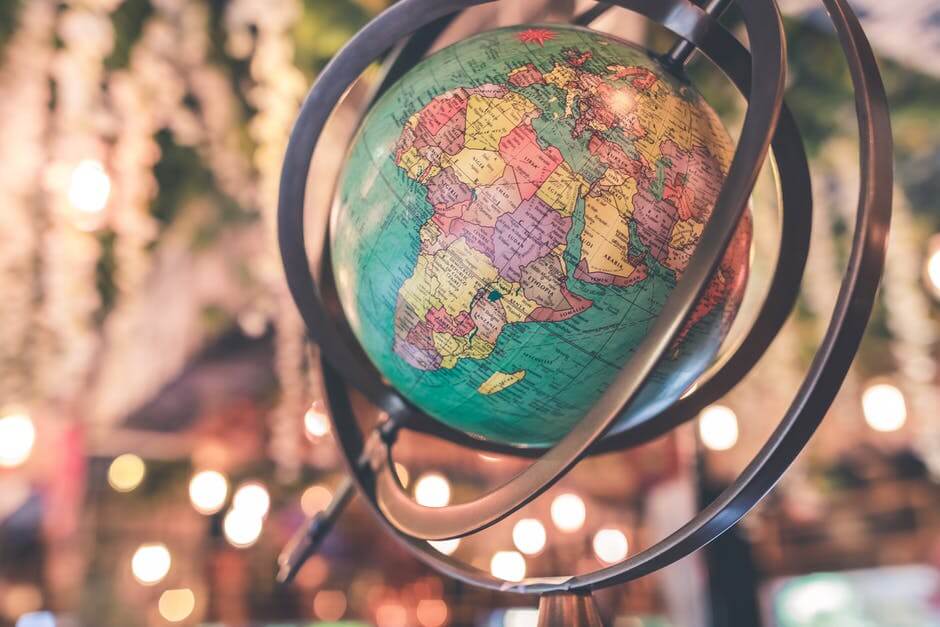 "When dealing with aliens, try to be polite, but firm. And always remember that a smile is cheaper than a bullet."

This is a quote from the Oscar-nominated, science-fiction movie District 9, the theme of which centers around interracial or inter-group hatred and conflict. It is an apt depiction of a xenophobic response. Merriam-Webster dictionary defines xenophobia as the "fear and hatred of strangers or foreigners, or of anything that is strange or foreign," and globally, the word 'alien' has become synonymous with 'immigrant' or 'foreigner.'

Is Xenophobia A Mental Disorder? 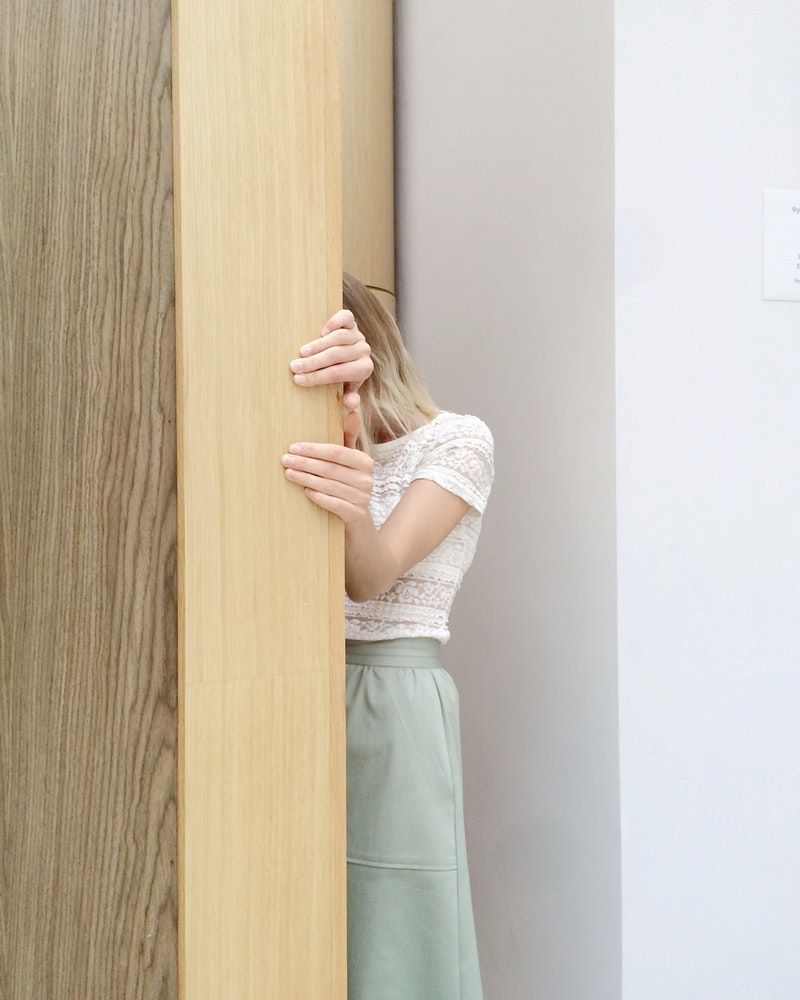 In psychiatry and psychology, xenophobia is classified under Anxiety Disorders, and the Diagnostic Statistical Manual of Mental Disorders (DSM-V) assigns 'phobic' as a diagnosis if two or more of the following criteria are met:

As the reader will by now have surmised, xenophobia is considered an extremely rare phobia in the clinical setting.

Symptoms Of A Phobic Response 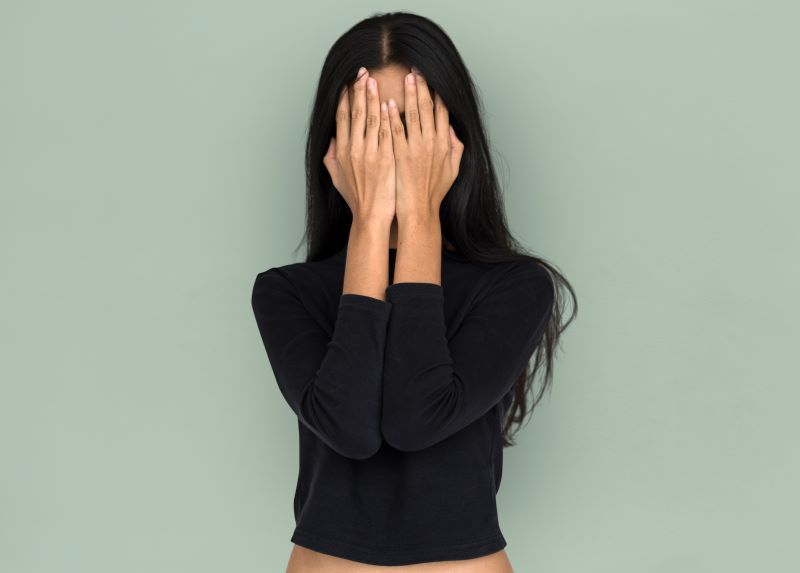 When a person is exposed to a trigger, which in the case of xenophobia would be a stranger or foreigner, he or she will exhibit anxiety and fear in distinct ways. Physiologically, one or more of the following symptoms are likely to manifest:

Other symptoms, more related to anxiety, include:

Sometimes, these symptoms can escalate into a full-blown anxiety attack, which is a severe reaction. Due to the severity of these symptoms, the affected person is likely to isolate him or herself and avoid social contact. This can cause severe difficulties in functioning normally and maintaining normal relationships. Interestingly, while women are, statistically, more likely to suffer from an anxiety disorder, xenophobia is considered more prevalent among men.

In extreme and rare cases of xenophobia, a person can display a morbid preoccupation with strangers or foreigners, and might even cause them harm. 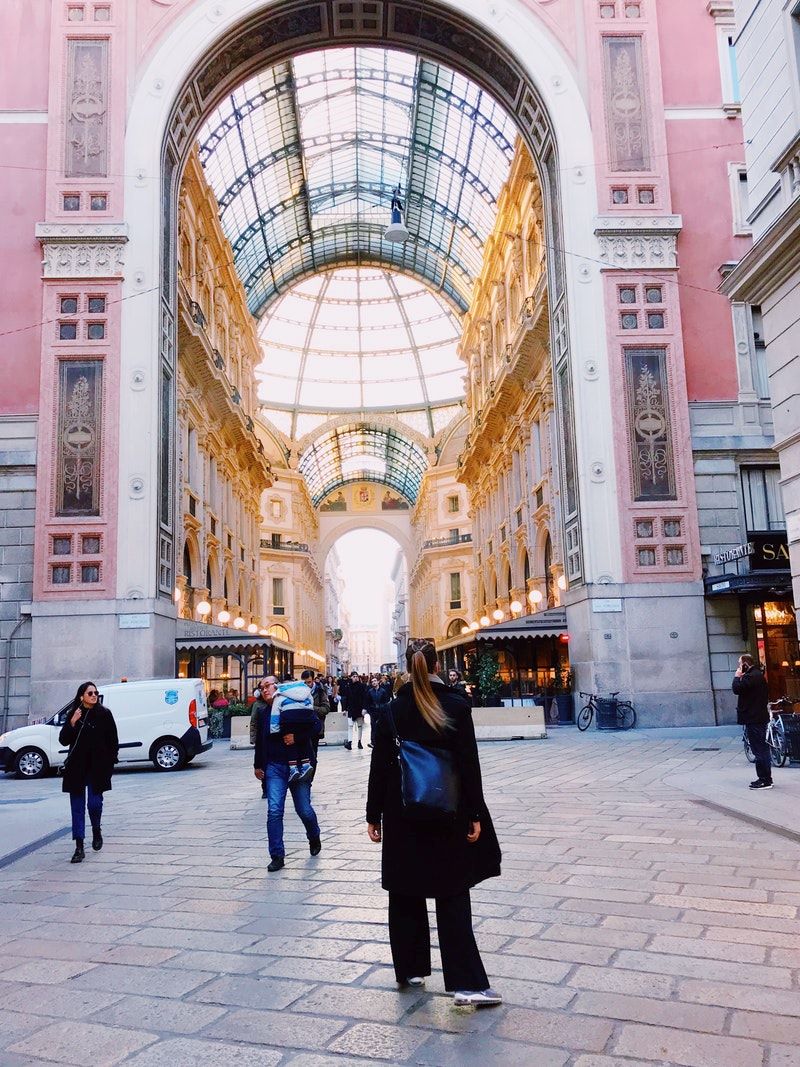 Xenophobia with related symptoms can be caused by an extremely traumatic experience, such as a violent assault by a foreigner, a terrorist attack, or genocide. Medically, it can also be considered an adjustment disorder or regarded as related to Post Traumatic Stress Disorder.

However, whether xenophobia is truly a mental disorder remains a topic of debate among clinicians. 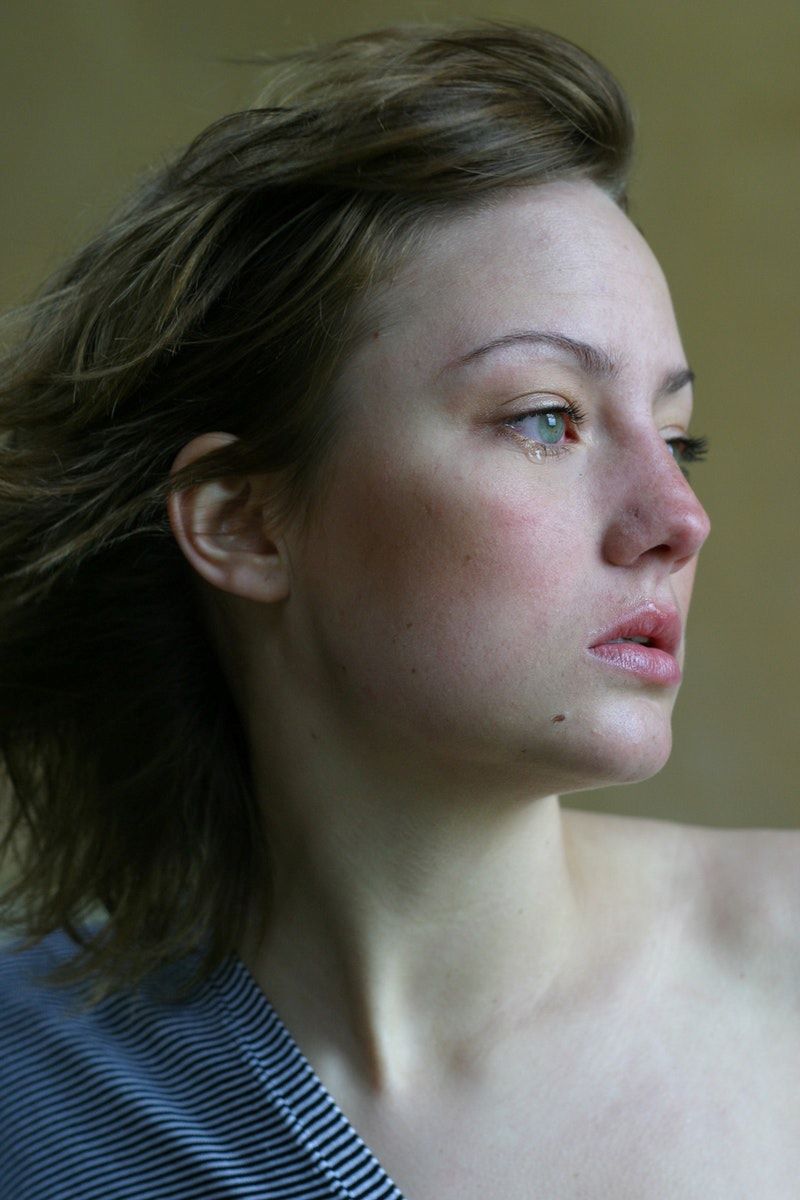 Most phobias are not very severe and can be managed by avoiding the triggering object or situation. However, when a phobia becomes debilitating, in that it interferes with a person's functioning, it needs to be addressed.

Phobias anywhere on the spectrum of severity can be addressed in some ways. These include:

If a phobia is bothersome but not severely so, a person can consider self-help techniques to counter phobia-related anxiety. This includes relaxation techniques such as breathing exercises, yoga, walking in nature and visualization techniques. Support groups can also be helpful in curbing the anxiety that a phobia is likely to incur.

Practicing mindfulness techniques have also proven an effective self-help technique when attempting to manage phobias. This could be due to its usefulness for evaluating one's thought processes, which can play a major role in xenophobia. Says Prof. M. Williams, former director of the Oxford Mindfulness Centre, UK, "Mindfulness … allows us to become more aware of the stream of thoughts and feelings that we experience, and to see how we can become entangled in that stream in ways that are not helpful. This lets us stand back from our thoughts and start to see their patterns. Gradually, we can train ourselves to notice when our thoughts are taking over and realize that thoughts are simply 'mental events' that do not have to control us." 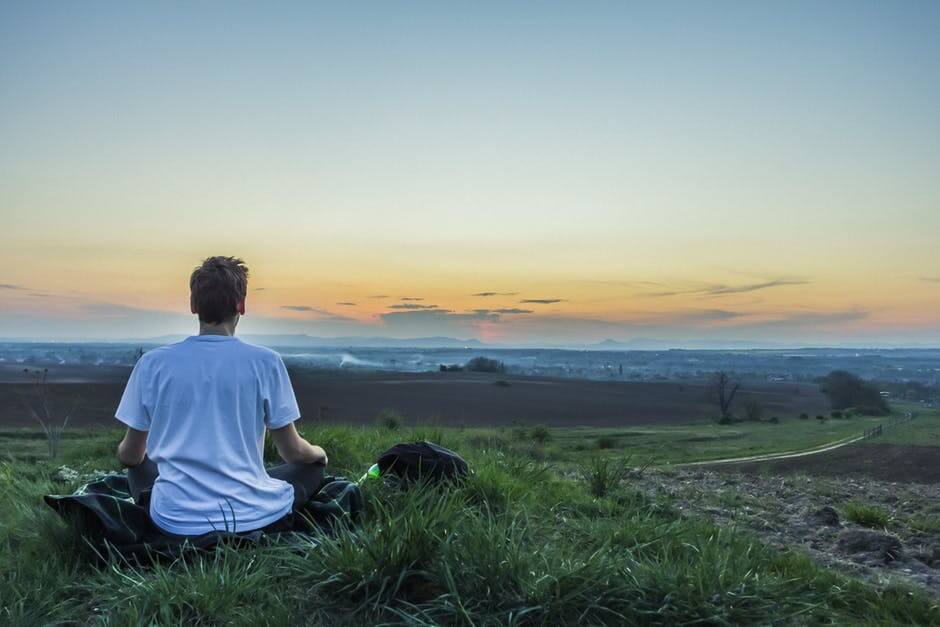 CBT with a qualified therapist focuses on helping people to change their thinking and behavior to address a problem such as phobia-related anxiety. The process may involve desensitization or exposure therapy, where a person is gradually exposed to the trigger until he/she can either manage their symptoms or be symptom-free. Computerized CBT is not recommended for persons with a specific phobia such as xenophobia.

Medication is not a first-line treatment for persons with anxiety due to a phobia, but sometimes, in severe cases, the following can be prescribed for a while:

However, treatment of xenophobia remains problematic precisely due to the ambiguous nature of its definition.

How Does Xenophobia Affect Society?

In the news, xenophobia as a colloquial term refers mostly to the behavior of a group, or of an individual, based on the intense dislike of, or intolerance for, people of another race or culture, based on a perceived threat. An example of such a threat is a person or a group's cultural perception that immigrants or foreigners are taking jobs away from native workers. The level of fear or hatred displayed exceeds average racism or prejudice. 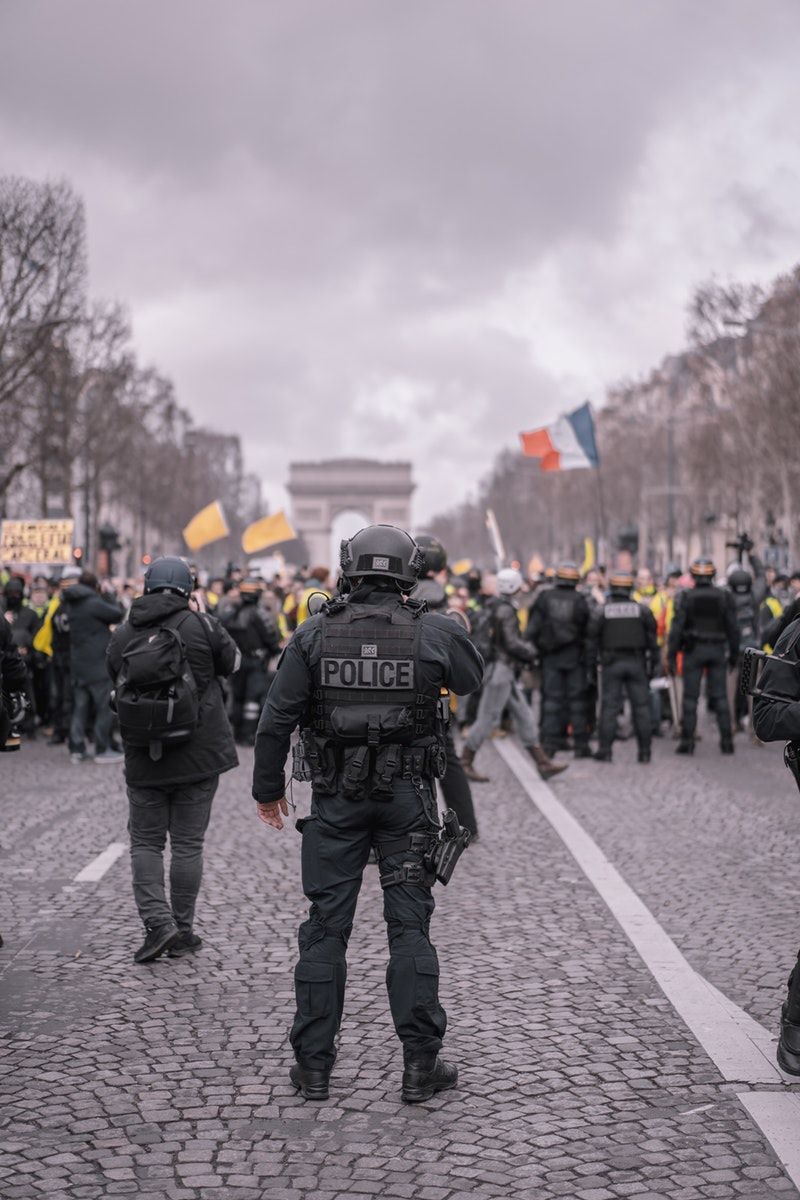 Reynolds, Falgar, and Vine (The sociobiology of ethnocentrism: Evolutionary dimensions of xenophobia, discrimination, racism, and nationalism, 1987) call xenophobia a "psychological state of hostility or fear towards outsiders." In his article, Xenophobia: Understanding the Roots and Consequences of Negative Attitudes toward Immigrants (2009), psychologist Dr. Oksana Yakushko, Santa Barbara, defines xenophobia as: "… a form of attitudinal, effective, and behavioral prejudice toward immigrants and those perceived as foreign."

With these definitions in mind, many so-called 'hate crimes' can be considered xenophobic. Think of the increase in attacks on mosques, the places of worship for Muslims, in the USA, 2017. These acts reflect a hatred towards ordinary people based on religious affiliation and race. These incidents, like many others across the world, are also vastly underreported. According to The Washington Post (June 2015), the FBI relies on voluntary reporting by law enforcement agencies, which is not a reliable registry for this type of violence. In this sense, then, xenophobia is more prevalent and its impact more underestimated than one would like to think.

Causes for xenophobia, based on the above definitions, are multiple and complex. According to Yakushko, other, more recent definitions point towards a fear of foreigners, with links to ethnocentrism. "Ethnocentrism is characterized by the attitude that one's group or culture is superior to others," Yakushko says. Relating it to an ethnocentric "syndrome," Radkiewicz (2003) argues that xenophobia has two dimensions: 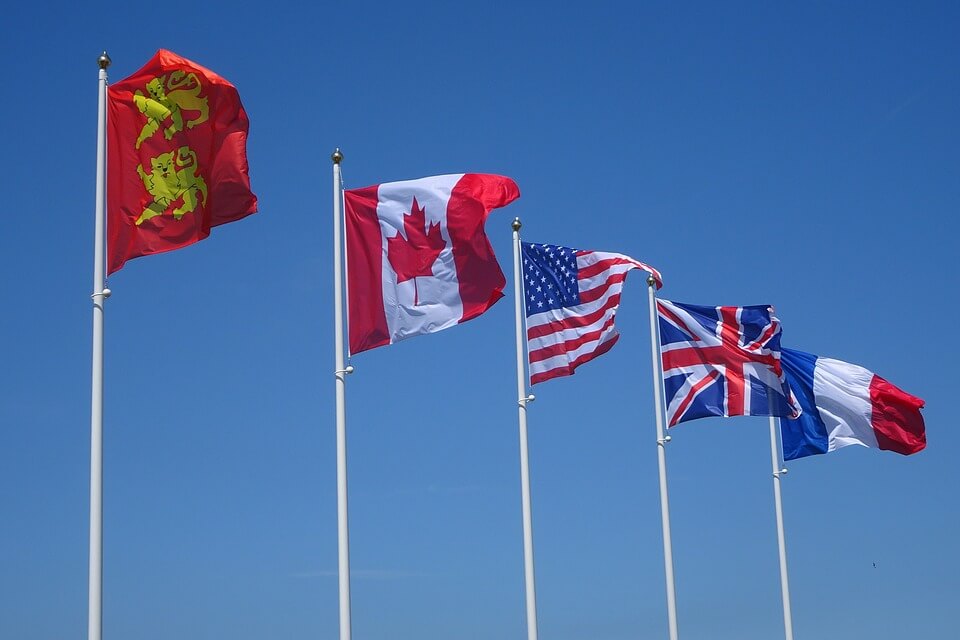 Yakushko goes on to note that both the dimensions mentioned above of xenophobia can be explained by their association with economic and political instability. In times of economic and social crisis, people are more likely to flock to other countries, hoping to earn a better living or simply to survive. The local or host community is likely to feel threatened by this migration, based on:

The perceived threat is exacerbated when the host country is itself in transition. Notes Yakushko: "Fritzsche (1994) suggested that prejudice against immigrants can offer an emotional outlet for fear when both the internal and external affairs of a country are unstable." Often, prejudicial reactions are legitimized with questions like: "Should the needs and rights of the host country, or the needs and the rights of its migrants be seen as primary?" and "Are selective immigration policies discriminatory?". Both questions are common in both popular and scholarly debates, according to Yakushko.

The fact remains that xenophobia is a complex issue that hints at global economic and social problems that are beyond the scope of this article. It is also clear that there is no fast cure or easy answer for the phenomenon.

However, for the victims of xenophobic attacks or prejudice across the world, it remains a destabilizing and emotionally traumatic issue. 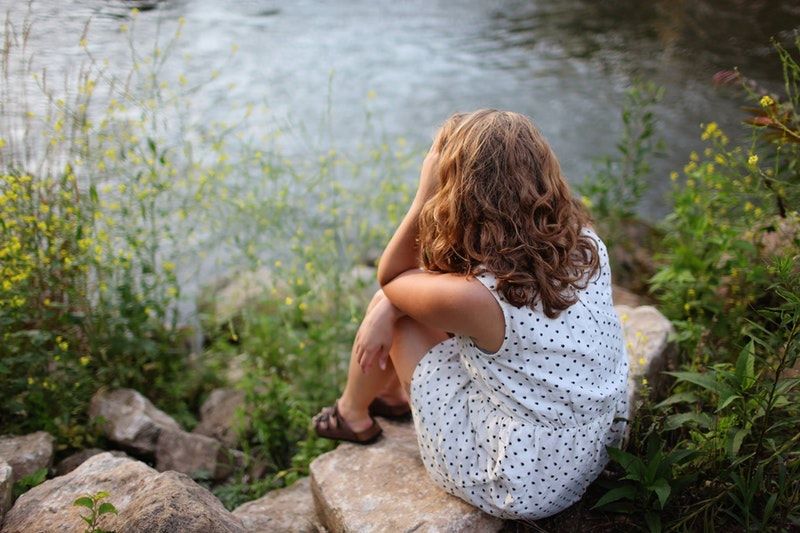 People living With Xenophobia Can Get Help

If you have been the victim of xenophobic prejudice or violence, you are very probably in need of therapeutic intervention. BetterHelp is an online therapy platform that offers you unbiased and compassionate trauma assistance by trained therapists and counselors - in the privacy of your own home.

Everything You Need To Know About Trichophobia Monsters In The Dark: Understanding Teraphobia

Can People Really Have A Fear Of Long Words?