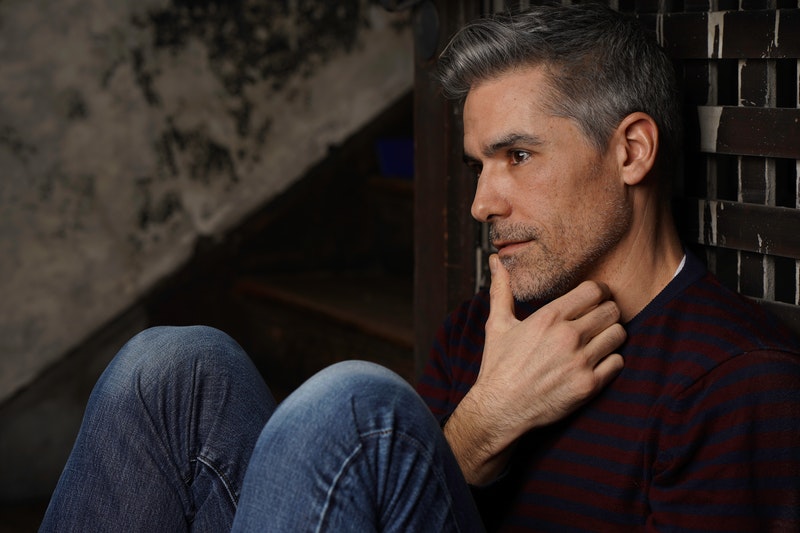 Albert Ellis Contributed to Psychology In A Impactful Way. Read More Here.
Get Better Insight Into Who You Are In Online Therapy.

Albert Ellis has been one of the most significant contributors to psychology, and while he might not be as famous, Psychology Today has stated, "no individual - not even Freud himself - has had a greater impact on modern psychotherapy."

Ellis was entering the working world during the Great Depression and was trying to earn a living as a fiction writer; however, he soon found that no success was to come of that endeavor. Soon after, he realized he was a better non-fiction writer, specializing in human sexuality. This was the beginning of his career in clinical psychology.

However, this was not truly Ellis' first experience in the field. When he was 19 years old, he would stutter and become nervous around women. To combat his fear, over the course of a month, he approached 100 women at the Bronx Botanical Garden and spoke to them to become comfortable with the process.

After writing about human sexuality and deciding it was the path for him, he worked to attain his Ph.D. from Columbia University in clinical psychology. By the time he finished his degree, it had convinced him that psychoanalysis was the strongest form of therapy and had a significant focus on Freud's work.

Soon after, he practiced classical psychoanalysis himself. 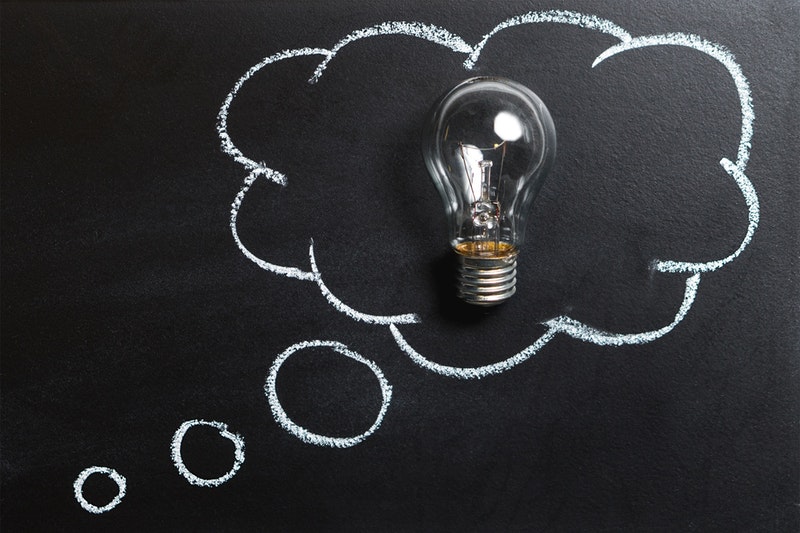 As time went on, Ellis moved away from psychoanalysis. He became interested in rational emotive behavioral therapy at the beginning of his career, which he considered being more active and comprehensive, and referred to himself as a "rational therapist."

In rational therapy, Ellis would instill in his clients the understanding that their philosophies led to their struggles and sorrows. As a result, together they sought to defeat the actions and principles that were becoming destructive and replaced them with those that could be constructive instead. He described it, "we teach people they upset themselves. We can't change the past, so we change how people are thinking, feeling, and behaving today."

After seeing the success of his new form of therapy, he spread it to other experts in the field and released a paper to the American Psychological Association. Its reception could be considered lukewarm, people were moderately interested in his therapy - but few foresaw just how powerful it would prove to be. The focus remained on behaviorism and the works of Freud and Jung.

Many also questioned Ellis' therapy due to the way he presented it to them. At seminars, he would often invite audience members to be treated on stage, but many perceived the therapy to be confrontational or aggressive. Ellis took the mixed reviews well, though, and was never made to be insecure about his beliefs. He stated, "by not caring too much about what people think, I'm able to think for myself and propagate ideas which are very often unpopular. And I succeed." He later said, "most people would have given up when faced with all the criticism I've received over the years." 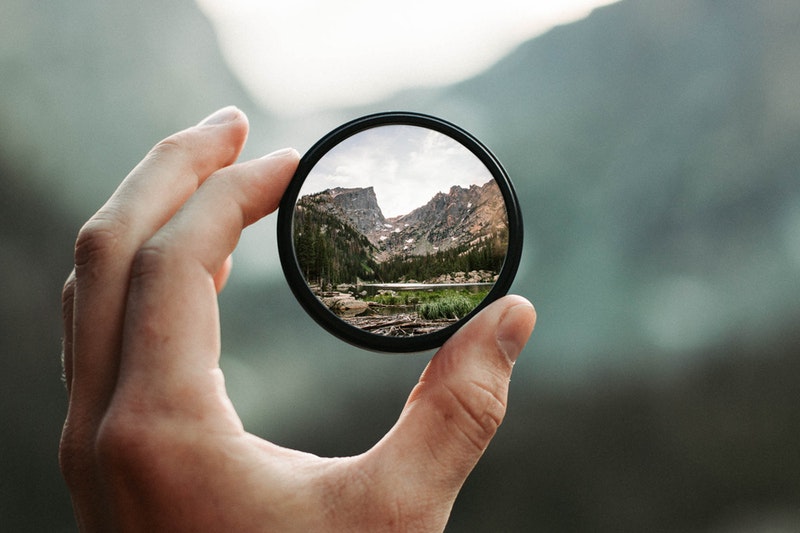 Albert Ellis Contributed to Psychology In A Impactful Way. Read More Here.
Get Better Insight Into Who You Are In Online Therapy.

However, rational emotive behavioral therapy proved to be promising and changed the path of cognitive-behavioral therapies, and psychology. Ellis taught people the many ways in which they impeded their success and happiness, but he also commented on some of the most common ones, "three must hold us back: I must do well. You must treat me well. And the world must be easy."

If you think rational behavior therapy would be beneficial or you are interested in learning what tendencies, you might have that are negatively impacting your life, visit https://www.betterhelp.com/start to have a trained therapist assist you.

Although his new form of therapy did not immediately take off, Ellis began The Institute for Rational Living, which is used both for training and as a clinic.

The institute was important because of his belief that education is integral. He once said, "I think the future of psychotherapy and psychology is in the school system. We need to teach every child how to disturb himself or herself rarely seriously and how to overcome disturbance when it occurs."

Ellis was crucial in the American sexual revolution and worked periodically throughout his career as a sexologist. Among the most famous of Albert Ellis books is Sex Without Guilt, which promotes the ideology of liberal sex. It also referred to how sexual suppression stemming from devotion to a religion can be harmful regarding mental health. This emotional distress, he posits, is difficult to reverse.

Not only does this view on being a devout person refer to major religions like Christianity, but he described this problem as applicable to any "devout, dogmatic, and demanding belief." This includes anyone who is even devoted to being an atheist or is dogmatic about political ideas. One of the most famous Albert Ellis quotes described his views, when he said, "For that again, is what many religions is: childish dependency."

However, as time went on, he became removed himself from the intense opposition to religion, despite his describing himself as "probably an atheist," as he did not believe that there was no god, but the possibility was too small to trust.

He eventually conceded that believing in a loving God could be healthy instead of harmful. Regardless of specific religious views, he believed in peace and opposed militarism. He even joked, "I'm thrilled. I like my work and the various aspects of it - going around the world, teaching the gospel according to St. Albert."

One of the more controversial of Ellis' psychological theories, Ellis came out with a book called Homosexuality: Its Causes and Cure. Within it, he explained that homosexuality might be a pathology, and there is no way to cure it. However, as time went on, the further consensus was gained in the field that homosexuality is not a mental disorder. When he wrote Sex, and the Liberated Man, Ellis updated his view, stating that disturbed homosexual tendencies can be treated, but otherwise should be left alone as homosexuality is not inherently good or evil (outside the context of religion).

In 2001, Ellis rewrote his famous book but revised it to Sex Without Guilt in the Twenty-First Century, in which he dedicated a chapter to discussing homosexuality, and offered advice for living your best sexual life as a gay man or woman, showing how his views on the subject had evolved.

Ellis was an integral member of some of the leading professional societies in the field, such as the Society for the Scientific Study of Sexuality, the American Academy of Psychotherapists, the Division of Consulting Psychology of the American Psychological Association, the American Association of Marital and Family Therapy, and more. He also worked on some of the most respected scientific journals as a consultant and editor. 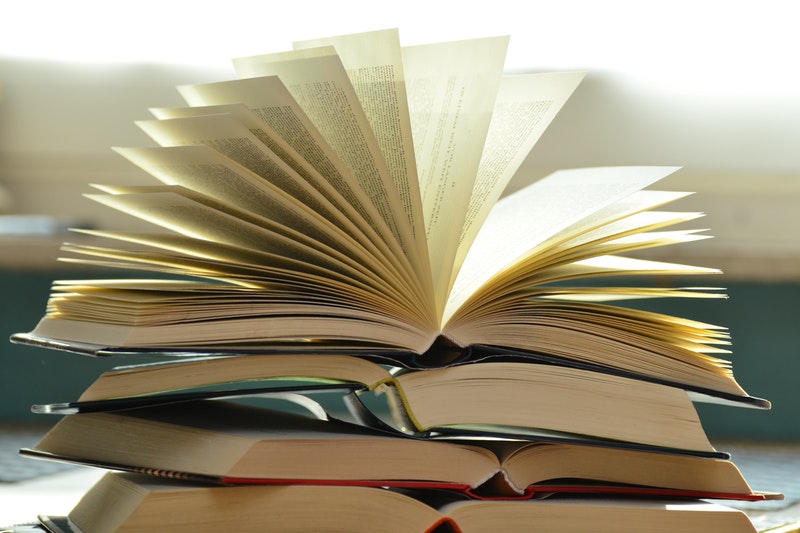 One of Ellis' greatest contributions were his many books. Some were more accessible without a background in psychology, such as How to Live with a Neurotic, while others delved further into what some call the "Albert Ellis theory," like Personality Theories.

In this work, he investigated why and how destructive personality traits and actions occur, and what the best ways to dismantle them are. Sex Beliefs and Customs discussed a liberal view of sexuality and freedom, and Reason and Emotion in Psychotherapy offered insight into his Rational Emotive Behavior Therapy.

Throughout his career, Ellis was given many awards and accolades for his work. He won the Association for Behavioral and Cognitive Therapies Lifetime Achievement Award, the American Psychological Association Award for Distinguished Professional Contribution to Applied Research, New York State Psychological Association Lifetime Distinguished Service Award, and more. His work was so impactful that it even warranted an Albert Ellis airport, the Albert J. Ellis Airport in Onslow County, North Carolina.

Frank Farley who was a president of the American Psychological Association wrote Ellis' eulogy, in which he beautifully summarized his contributions to the field. He stated:

"Psychology has had only of a handful of legendary figures who not only command attention across much of the discipline but also receive high recognition from the public for their work. Albert Ellis was such a figure, known inside and outside psychology for his astounding originality, his provocative ideas, and his provocative personality. He bestrode the practice of psychotherapy like a colossus."

The world must thank Albert Ellis for pioneering the movement of cognitive-behavioral therapy that has helped so many. He empowered many through sharing his belief that "the best years of your life are the ones in which you decide your problems are your own. You do not blame them on your mother, the ecology, or the president. You realize that you control your own destiny."

If you are eager to control your destiny, visit https://www.betterhelp.com/start.

What Is Reliability Psychology