Irving Janis And His Work In Political Psychology 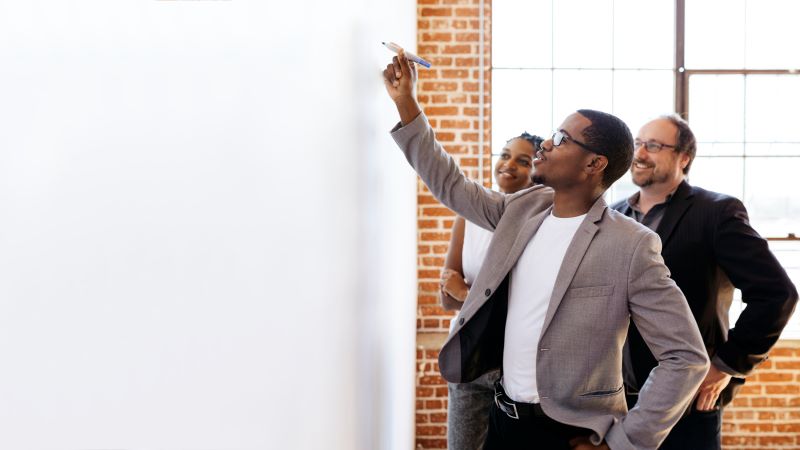 Have you ever wondered how people in charge of making decisions could make such poor choices? While one person's judgment can easily be clouded, it seems like a group of leaders should be able to come up with a helpful response to a difficult situation. Somehow, even when the members of the group are intelligent, moral, and well-informed, they sometimes make decisions that have such grave consequences that we ask ourselves 'What were they thinking?' Political psychologist Irving Janis proposed an answer to this question in his groupthink theory.

Who Was Irving Janis?

Irving Janis, born in 1918, studied psychology at the University of Chicago before continuing his education in the Ph.D. program at Columbia University. From there, he went to Yale University to become a faculty member. He was also a researcher whose work on psychological stress and personal decision-making.

Later, Janis began studying group decision-making and published his groundbreaking 1972 book, 'Victims of Groupthink: A Psychological Study of Foreign-Policy Decisions and Fiascoes.' He retired in 1985 but continued his involvement with groupthink research until his death in 1990. Janis is best remembered for this Groupthink theory.

What Is Political Psychology?

Political psychology is a discipline that studies politics and politicians regarding psychological principles. Political psychology researchers want to know why people, especially political leaders, behave the way they do, how they interact with each other, and what the outcomes of those interactions are. It was within the realm of political and social psychology that Irving Janis developed his concept of groupthink.

So, what is groupthink, anyway? Irving Janis groupthink theory explains how groups make decisions based on such a strong pressure to confirm that they fail to consider all possible options adequately. Groupthink discourages highly creative solutions and, in Janis' estimation, tends to result in disastrous outcomes.

For a complete groupthink definition psychology, experts might also include Janis' explanations of the mechanisms, symptoms, and consequences of groupthink. Janis also came up with a list of remedies for groupthink.

Groupthink happens when a group must decide on a situation that's out of the ordinary. One might assume that the best way to approach an unusual problem would be to have clear objectives, a diverse group, a sense that all members can contribute, and plenty of sources of information to solve the problem. When groupthink takes hold, something completely different happens.

The group is not diverse but is highly cohesive. They have little information to use. They have no clear directions on how to find more information. It's a high-stress situation, and there's little hope of finding a better solution than one the leader offers. So, the group members don't all feel free to join in a creative discussion that might spark an innovative solution.

Instead, group members feel a pressure to conform with the group. Anything outside of complete agreement is ignored or shot down. Even when someone strongly disagrees with the more vocal members of the group, they don't speak out for fear of being ostracized from the group.

Irving Janis outlined the symptoms associated with the incidents of groupthink he studied. If you're ever a member of a group that must make an important decision, watches for the following signs of groupthink.

Invulnerability: Group members feel so optimistic and invulnerable that they're willing to take extreme risks.

Rationalization: Once they begin to settle on an answer, group members rationalize any warnings or conflicting information that might change that answer.

Morality: Group members don't feel any need to question their morality or consider that there might be ethical consequences of their actions. They believe their cause is right and are willing to do whatever it takes to advance that cause.

Stereotypes: Group members see outside groups as their enemy. What's more, they assume their enemy is inferior to their group.

Pressure: When the group has developed a group perspective on the problem, all members of the group are pressured to fall into line with that view and not bring up opposing arguments.

Self-Censorship: If anyone has doubts as to whether what they see as the group consensus is right, they keep those doubts to themselves.

Unanimity: Once the majority makes a judgment, the group assumes that the decision is unanimous.

Mindguards: Members of the group protect the group as a whole from any information that might disagree with their opinion or decision or interfere with their group cohesion.

When people engage in groupthink, their approach to the problem at hand has consequences that alter the result of the discussion. Several problems decrease the effectiveness of the group and their ability to make the best decision. 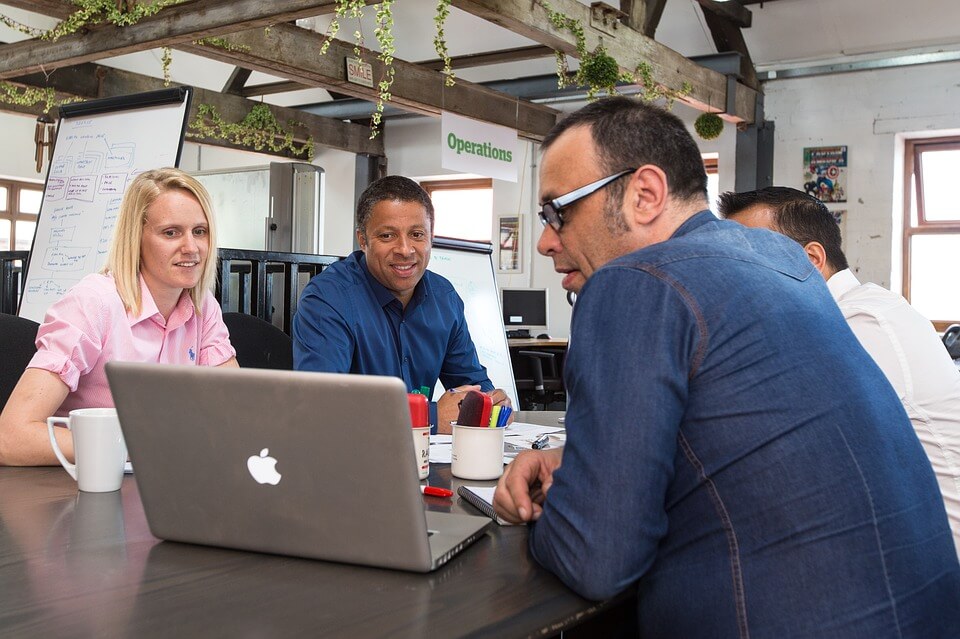 Janis developed his groupthink theory after studying major historical events that were impacted profoundly by bad decisions made by groups of leaders. Originally, these included the Pearl Harbor attack, the Vietnam War, and the Bay of Pigs.

Janis also looked at some peacetime instances of groupthink, including the Watergate coverup during Nixon's administration, the Iran hostage crisis, and other political decisions made by small, cohesive groups.

Later groupthink research examined more recent events, such as the Iraq War and even the selection of cabinet members during Obama's presidency.

How Leaders Can Make Better Decisions

For one, he suggests that the leader of the group needs to start by assigning the job of critical evaluator to each member of the group. The leader also encourages group members to come up with alternative options and accepts the introduction of opposing options during the discussion.

Rather than expressing their opinion either directly or indirectly, the leaders take an impartial stance.

Before the final decision is made, group members need to discuss the preferred option with members of their unit and report back to the deciding group about what their team had to say.

Several outside groups can come to their conclusions separately to keep one in-group from deciding alone.

By inviting experts to contribute to the discussion one at a time, the group has more information and insight to consider.

Someone should play devil's advocate whenever options are evaluated.

When policy decisions affect a rival nation or organization, the group needs to carefully consider the rival's response and the warning signs to watch for with each possible response.

The group can split into two or more smaller groups to consider alternatives. Then, they come back together to work out their differences.

After coming to an assumed group consensus, another meeting is needed to give group members a second chance to voice their doubts and concerns.

Is Groupthink a Myth?

In recent years, several researchers have argued that there is no or little validity to the notion of groupthink psychology. Further investigation of the group decision-making processes that Irving Janis identified as groupthink has turned up evidence that the main problem with those decisions had more to do with the preferences of the leader than the functioning of the group. 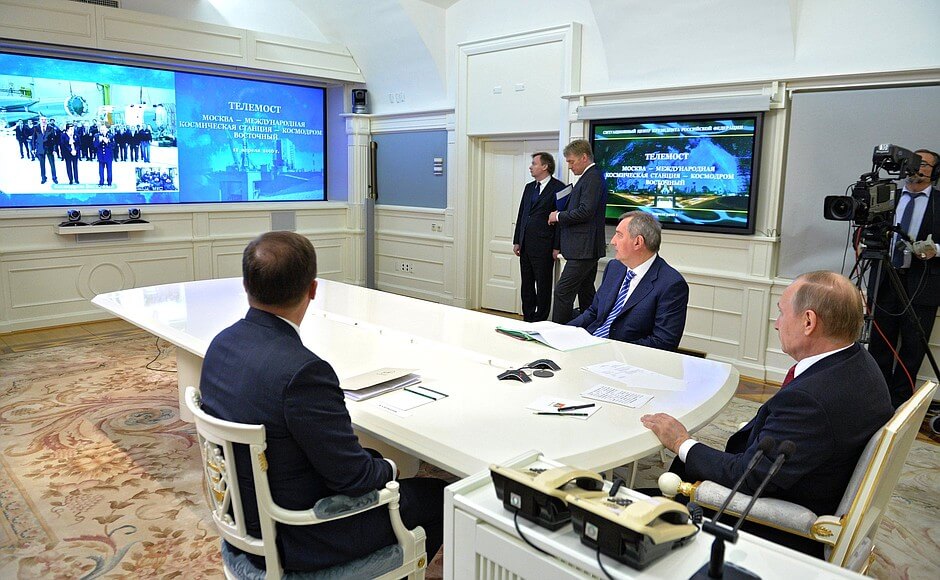 For instance, in Vietnam War decisions and the Bay of Pigs decisions, it was the political interests of Presidents Johnson and Kennedy that influenced the group process most. Both presidents wanted to make the decisions that would allow them to keep their good reputations and further their political careers.

Why Groupthink Matters to You

Everyone is affected in some way by decision-making processes. You may be in a position that requires you to contribute to a group decision. This can be a stressful situation that causes you to lose your patience and objectivity. Avoiding groupthink may become a major concern in your group.

The decisions of others can also cause you problems. Policy-makers very often decide issues that impact the lives of everyday people in their nation or organization. Because these decisions can affect you directly, it's easy to become anxious about the future. Or, you may have intense arguments with your loved ones over political situations due to the stress that can come from worrying that your taxes will increase, you'll lose your job, or the country will go to war.

At times like these, it can help to talk to a therapist to learn coping skills. It may also be a good time to work on the close personal relationship in couples counseling. Online counseling is available with licensed counselors at BetterHelp.com. Regardless of the group decisions that affect your life, the decision to improve your mental health is always an excellent one.

John B. Watson And Behaviorism