The Amygdala: Function & Psychology Of Fight Or Flight

Researchers work hard every day to understand the complex system of brain functioning. Studies have helped them learn much about the parts of the brain that control our emotional and behavioral responses. Brain research has helped researchers label various parts of the brain and understand how they function alone and in connection with one another. The amygdala is the part of the brain most closely associated with the fear response, or “fight or flight.”

Based on their understanding of brain function, clinicians have been able to develop therapeutic interventions to help clients deal better with fear, stress, and anxiety. While we've learned much about the role of the amygdala and the fight or flight response, researchers acknowledge that the amygdala has other functions that we don't yet fully understand.

Amygdala Function: Psychology Of The Brain

In a general sense, the amygdala plays a strong role in why we display emotions. The amygdala has several functions, but it is best known for its role in helping our bodies process fear by initiating a fight or flight response to dangerous or threatening situations.

Scientists have recently learned that the amygdala also activates in response to positive stimuli, as well as being associated with memories that have either a strong positive or negative component. Current studies are exploring how the amygdala affects other realms, such as addiction and social interaction.

Amygdala Function: The Psychology Of Fight Or Flight 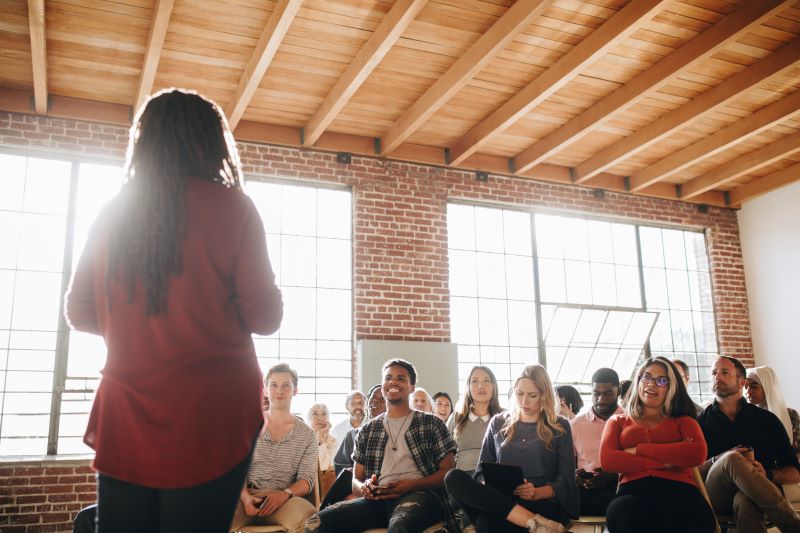 The fear of public speaking often creates physiological symptoms such as an increased heart rate, increased respiration, butterflies in the stomach, and trouble thinking well enough to get the words out. These reactions occur because our brain sends out a signal that prepare the body to respond to a threat.

When we feel threatened, the hypothalamus triggers a fight or flight response. The thalamus sends a signal directly to the amygdala before it gets processed at the cortex, which is where higher-level thinking occurs. This is why we experience a sense of fear before we even have time to think about why. While fear is an uncomfortable feeling, it serves an important purpose in protecting us, because it gives us the chance to take action to eliminate the danger.

When it comes to public speaking, our body's reactions tell us that we need to compensate for the fear. Some people try methods of distracting themselves from the fear such as picturing audience members in their underwear or staring out into space rather than making eye contact with the audience.

As the time nears to begin speaking, the amygdala tells the hypothalamus to signal the body to prepare an extra dose of energy to flee the threat. The body's response is to increase heart rate and respiration and activate the sweat glands.

Since anxiety is a symptom of fear, it's easy to see the connection between the amygdala and anxiety. When we think about a potential threat, our body responds by becoming anxious, even if the threat never materializes. Studies have shown that the amygdala is overactive in people who live with severe anxiety. Researchers believe that other parts of the brain, such as the hippocampus and the prefrontal cortex, are also involved with anxiety symptoms.

What Has Research Shown Us About the Function Of The Amygdala?

Heinrich Kluver and Paul Bucy conducted some of the first experiments involving the amygdala. They removed the amygdala of rhesus monkeys and recorded drastic changes in their behavior. The monkeys became docile and seemed to display little or no fear. This phenomenon is called Kluver-Bucy syndrome, and it led to similar studies that explored the role of the amygdala in fear and anxiety.

In other studies, researchers used mice to study the role of the amygdala in fear. They worked with mice that had intact amygdalae. The experiment consisted of playing a tone and then giving the mouse an uncomfortable foot shock. Thus, they conditioned the mice to associate the tone with the shock. After repeated incidences of playing the tone and delivering the shock, the mice began to display fear as soon as the tone was played.

As a follow-up experiment, researchers used mice that had lesions on their amygdalae and repeated the steps of playing the tone and delivering the foot shock. The mice weren't able to remember that the tone came before the shock and didn't display fear at the sound of the tone.

Dr. Daniel Siegel is a notable psychiatrist and clinical professor at UCLA who has done extensive work in both neuropsychiatry and trauma and attachment.

On a quest to develop a simple model to explain the complex inner workings of the brain, Dr. Siegel developed a “hand model” that demonstrates the functions of various parts of the brain in connection with the fight or flight response.

Place one of your hands up and put your thumb in the middle of your palm. Then curl your fingers over the top of your thumb. Your knuckles should be facing forward. Your palm and fingers represent your brain, and your wrist represents your spinal cord.

Now, if you lift your fingers and raise your thumb, you can see the inner brainstem as represented by the palm of your hand. Put your thumb back down, and you now see the approximate location of the limbic area of the brain, which is the area that contains the amygdala, hippocampus, thalamus, hypothalamus, basal ganglia, and cingulate gyrus.

Next, curl your fingers back over the top of your thumb; your fingers represent the protective covering of the cortex.

These three regions of the brain -- the brainstem, the limbic area, and the cortex -- are collectively referred to as the "triune brain." Integrating the brain encompasses a process that links these three regions together. As most people are aware, the brain also has two hemispheres: the left and the right. To have neural integration, the signals must be sent through both halves of the brain and link the functions in both hemispheres. Let's take a closer look at each region. 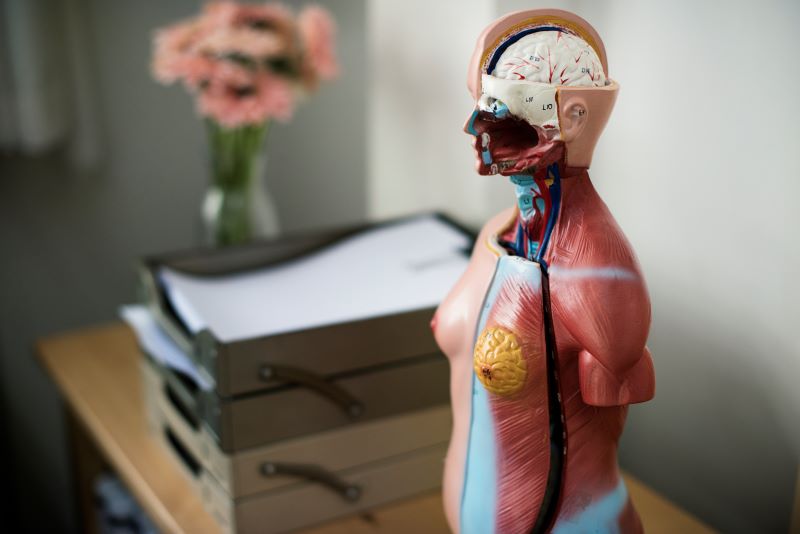 The brainstem controls the body's energy levels through heart rate and respiration. It also controls our states of arousal. The activity within the brainstem shapes the areas of the brain above it, which are the limbic and cortical regions.

During times of danger, clusters of neurons in the brainstem put us in survival mode as they move the body into a state of fight, flight, or freeze.

The limbic area is a critical region that aids us in forming bonds and developing relationships. The hypothalamus is the master endocrine control center. The hypothalamus delivers and retrieves hormones via the pituitary gland. When we feel stress, this starts a chain reaction in which the pituitary gland stimulates the adrenal glands, which in turn release cortisol and mobilize our energy. The process works well in the short-term, but it can create problems when cortisol levels remain elevated for long periods.

The outer layer of the brain is the cortex. The prefrontal cortex lies just behind your forehead.

The triune brain is connected. The cortex regulates the subcortical, limbic, and brainstem areas, which helps us stay tuned in, connected, balanced, and flexible. This regulation is important because we face many challenges on a daily basis that require the triune brain to function well. When the limbic system becomes dysregulated, we can lose our sense of connectedness and balance.

The good news is that we can take an emotional break and allow the cortex to take control again, which allows us to re-regulate ourselves.

Post-traumatic stress disorder (PTSD) is a mental health disorder that can occur after experiencing a deeply frightening, threatening event. Many of the symptoms of PTSD are associated with being “stuck” in the limbic system and the fight or flight response. To recover from PTSD, we must risk exposing ourselves to feared memories, situations, and places – in effect, retraining our brains. Three types of therapy that are effective for PTSD are cognitive processing therapy, prolonged exposure, and EMDR.

As discussed above, therapy can help regulate the amygdala when you are stuck in fight or flight. But if you are experiencing PTSD, it may be difficult to attend in-person therapy. This is where online therapy comes in. You can access BetterHelp’s platform from the comfort and privacy of your own home. In addition, online therapy offers lower pricing than in-person therapy because online therapists don’t have to pay for costs like renting an office. BetterHelp’s licensed therapists have helped people with PTSD. Read below for some reviews of BetterHelp therapists from people experiencing similar issues.

“Veronica does a great job of listening and picking up exactly what I’m trying to explain even when discussing difficult subjects. She helps conversations flow in the direction that provides growth and healing from past trauma but also connecting that with my current daily life.”

“Samantha is the best! I've had other therapists in the past but haven't been able to connect in the same way. I appreciate she will give me tasks to think about between sessions or things to actively work on that aren't a far reach and really help me rethink situations and how I deal with things. She's helped me through a traumatic year and I don't know what I would do without her!”

If you are living with post-traumatic stress disorder or severe anxiety, or if your attachments to others are weak, you don't have to live in a constant state of fight or flight. The licensed counselors at BetterHelp can help you develop coping strategies to prevent you from “flipping your lid,” or return to a regulated state if you've already lost emotional control. The hand model serves as a reminder that the problem lies deep inside your brain, and there are effective ways to keep your amygdala in healthy working order.

Previous Article
What Is Gestalt Psychology? Definition And Overview
Next Article
What Is Social Psychology?
For Additional Help & Support With Your Concerns
Speak with a Licensed Therapist
The information on this page is not intended to be a substitution for diagnosis, treatment, or informed professional advice. You should not take any action or avoid taking any action without consulting with a qualified mental health professional. For more information, please read our terms of use.