Advice Home > Psychologists > What Is The Halo Effect Psychology Concept?

What Is The Halo Effect Psychology Concept?

Imagine this scenario: You see a being dressed only in pure white with a halo spreading a soft glow of light all around her. What do you think of her? Would you expect her to be a criminal? Of course not. You assume she's good because of that halo. This image beautifully illustrates the "halo effect" that theorists and researchers have studied for many years. If you're guilty of this cognitive bias, you're not alone. As you'll learn in this article, we all do it, and we're all affected by it. Most of the time, we're not even aware of it. 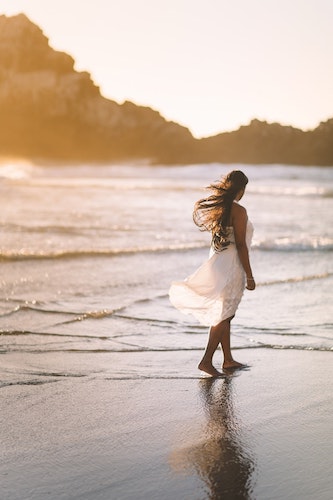 What is the Halo Effect?

When your overall impression of someone overrides any specific judgments you might have to the contrary, you're experiencing the "halo effect." This is what happens when you form a general impression that someone is good, and then you assume their other qualities are positive as well. Once you see them in a positive light, you either don't notice or explain away any evidence that doesn't fit the way you see them.

The first psychologist to identify and name this effect was Edward Thorndike. In 1920, he presented his theory of the halo effect in an article called "A Constant Error in Psychological Ratings." His article was based on interviews with commanding military officers who were evaluating their soldiers.

Thorndike noticed the ratings of one positive characteristic were often correlated with other positive ratings. To be more specific, he saw that soldiers who were judged favorably in physique were also rated highly in leadership, intellect, loyalty and other positive qualities. He also noted that once an officer had a negative view of a soldier, they rated them negatively on all measures. His hypothesis of the halo effect has been studied closely ever since because it's an important cognitive bias.

Another thing to remember about the halo effect, as well as other cognitive biases, is that they happen unconsciously. You don't deliberately choose to ignore important information. Instead, you deceive yourself without being consciously aware of it.

Although the name implies something positive, the halo effect can also refer to an overall negative impression. For example, if you hear your new boss berating an innocent employee on your first day at a new job, you may form an overall negative impression of the boss. Even if he later apologizes to the employee or has other redeeming qualities, you may still continue to believe that he's a "bad" boss. This could be considered a "reverse" halo effect, which is sometimes called the "horns effect." 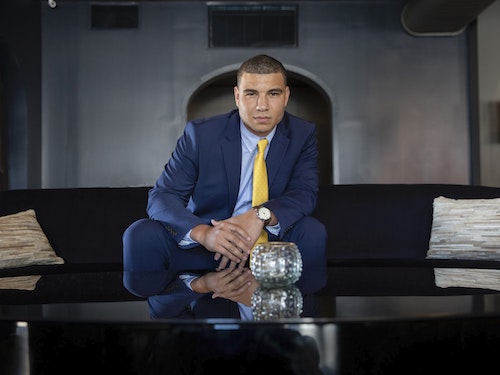 What is Cognitive Bias?

Examples of the Halo Effect

Researchers have found many examples of the halo effect as described in social psychology textbooks. Read on to learn how it occurs in many different areas of society.

When a person is physically attractive, it's easy to form a positive impression of them, even when you know very little about them. For example, many people have a positive impression of Hollywood actors. If you see an attractive actor and assume they're trustworthy or friendly, you're experiencing the halo effect. After all, you've never met them, so you know nothing about their character and personality. Nonetheless, you feel a sense of comfort with them because you're making a wide range of positive judgments based on your favorable impression of their appearance.

The Halo Effect in Marketing

Because the halo effect can apply to both people and objects, marketers use it to promote products and services. In marketing, the halo effect refers to a consumer's preference for products they've never used because they've had positive experiences with that brand or product line. 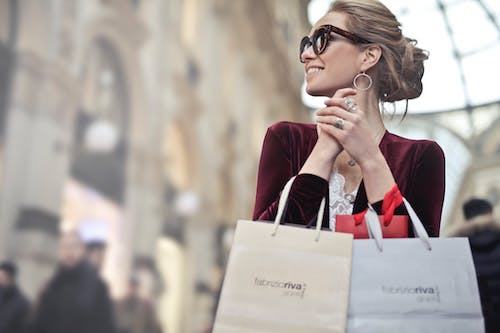 This theory helps marketers recognize how consumers see whatever they're marketing. As such, consumer researchers must account for the halo effect to gather information that's accurate enough to help them sell their product or service.

The Halo Effect in Politics

Politics is a perfect arena for the halo effect. Most voters only get snapshot views of the candidates before they vote. They may see a video of a speech or read a short news article. In other words, they see the candidate's photo or hear the candidate's voice, but it's very hard to learn about someone's true character with this limited information.

Researchers have found that political candidates who are considered to be attractive and familiar are more likely to win an election. Another study found that, when people saw an attractive candidate, they assumed that candidate was more knowledgeable, even if there was evidence to the contrary.

The Halo Effect in Academia

Teachers and students evaluate each other and can also fall victim to the halo effect. In one study, researchers videotaped an interview with an instructor to study this phenomenon. 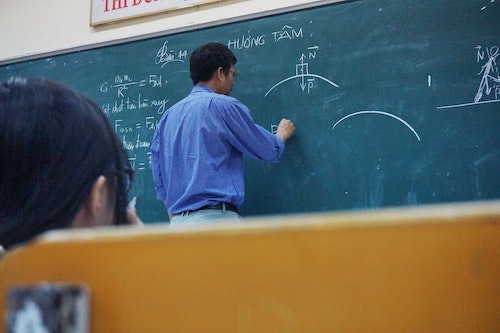 The Halo Effect in the Judicial System

The halo effect may happen in the judicial system as well. In one study, participants were asked to complete mock jury tasks. When the person on trial was attractive, the mock jurors were less likely to be sure the defendant was guilty and generally recommended a lighter sentence.

When is the Halo Effect Likely to Happen?

The halo effect is more likely to occur in certain situations. For example, if you're unfamiliar with someone, you're more likely to form a general overall impression of them. After all, when you know someone well, you have more opportunities to see their different characteristics and be exposed to the different ways they behave. 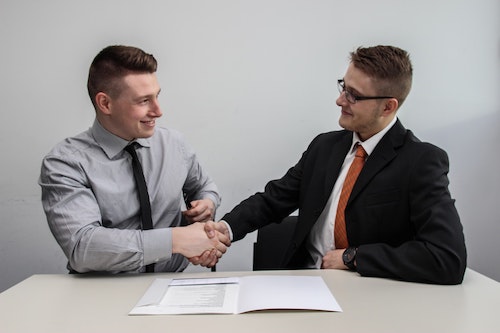 After you form an overall positive opinion of someone, you're more likely to see their other traits as positive, particularly if those traits are ambiguous, difficult to pin down, or subjective. It's as if you give that person the benefit of the doubt when there is no clear, direct, or definitive reason to think they're bad in any way.

Finally, when you believe a person or object is popular, you're more likely to form an overall positive impression of them. In this case, you're less likely to alter your opinion, even after you receive evidence to the contrary.

These three factors increase the likelihood that the halo effect will happen. They can also affect the degree to which it affects your thinking. If the halo effect is strong, you may not be able to shake your original impression under any circumstances, but if the halo effect is weak, it may only influence your judgment a little bit or temporarily.

Does it Help if You're Aware of the Halo Effect?

Now that you're aware of the halo effect, you may be wondering if it still applies to you. Many people think they won't be affected once they know about their biases, but research tells a different story.

In the study with the videotaped instructor, researchers explained the halo effect before sharing the videos and told participants they might experience it. It may surprise you, but the warning didn't have an effect.

With that in mind, how can we make sure we're being objective when we approach a decision or a situation? Talk therapy is one tool that can help. If you work with a licensed counselor, you can learn tools to combat cognitive biases. We'll talk about this option at the end of the article.

Unfortunately, people judge each other unfairly in many situations. These judgments can affect everything from your social life to your career to your close relationships. If you feel others are judging your character based on an unfair general impression, you may need help changing their perceptions and possibly your own as well. 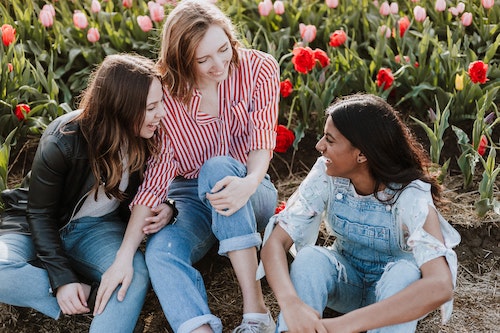 There are many different strategies you can use to improve others' impressions of you. For example, you can avoid sharing negative details about yourself until you know someone well enough for them to put this information in context. You can also work on grooming or communication skills to give others a more favorable impression.

Most importantly, you need to feel secure in your attractiveness, skills, and abilities. Through therapy, you can develop this self-esteem. You can also learn to recognize the halo effect in yourself, so you can make more accurate judgments and better decisions.

If you want to discuss the halo effect and its effect on your life, you can talk to a licensed mental health counselor at BetterHelp. Together, you can make a plan for resolving these and other mental health issues. Remember that both the halo and the horns are false perceptions that can be changed with time and effort. If you want to correct these cognitive biases, we're here to help.

Here are some reviews from others who have recently worked with BetterHelp counselors.

"I love working with Jeanette. She's thoughtful in her approach and doesn't hesitate to help you recognize when you're finding yourself in similar thought patterns. I've been working with her for over a year and I am really happy with the progress we've made together."

"Nancy is a professional, intelligent, and personable therapist and was a pleasure to work with. I would absolutely recommend her to anyone interested in challenging their negative thoughts."

Whether you're guilty of judging others or you're the victim of the halo effect, you can get through it. Everyone experiences cognitive biases, and it's possible to overcome them with the right tools. Take the first step today.

What Is Punishment Psychology, And Should You Use It?