Advice Home > Psychologists > Who Was Ivan Pavlov? Psychology And The Impact Of Classical Conditioning

Who Was Ivan Pavlov? Psychology And The Impact Of Classical Conditioning

Some of the earliest clinical researchers have paved the way for much about what we know today about how the brain and other bodily functions react to stimuli. Such groundbreaking discoveries have led to important treatments that have improved the health and well-being of countless individuals today. Ivan Pavlov was an early physiologist who devoted his career to advancing science in the area of digestive secretions.

His meager roots and staunch religious upbringing played a strong role in forming the man he eventually became in his personal life and his approach to his work in the laboratory. Like many of the greatest clinical researchers of all time, Pavlov had an insatiable curiosity and a willingness to innovate and experiment in ways that had never be done and never will be done again. 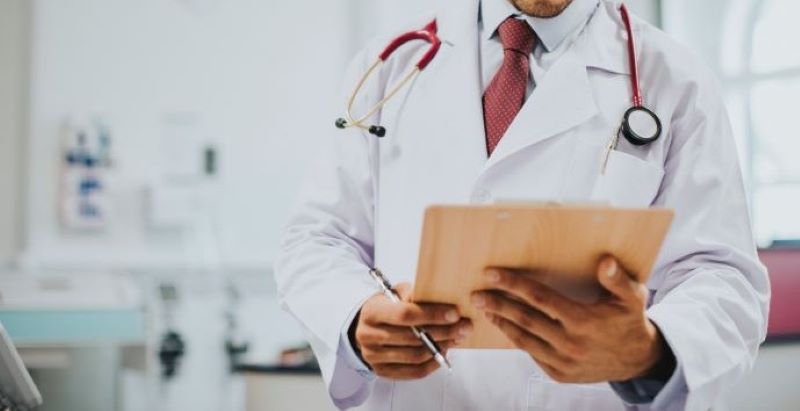 Who Was Ivan Pavlov?

Ivan Petrovich Pavlov was born in 1840 in Ryazan, in central Russia. He was a Russian physiologist who is famous for developing the concept of a conditioned reflex. Pavlov mastered his philosophy by proving that animals could be conditioned to respond to various stimuli. He was rewarded handsomely for his work when, in 1904, he was awarded the Nobel Prize for Physiology or Medicine for his research on digestive secretions. He was the very first Russian Nobel laureate.

Pavlov hailed from a highly religious family. His grandfather was a sexton, which was a person who was employed by the church to care for and maintain the church building and its grounds, including the cemetery. Pavlov's father was a Russian Orthodox priest and raised him and his ten younger siblings according to Christian teachings.

Pavlov spent much of his adult life in school. He finally married in 1881, at the age of 41, to SeraphimaVasilievnaKarchevskaya, who was better known as Sara. He'd met Sara several years earlier when she was a student at the Pedagogical Institute. The couple was poverty-stricken and at times lived apart or with other families as necessary for housing. Their first child died during childhood. Shortly after, Sara birthed four more children with Pavlov.

While Pavlov ultimately declared himself to be an atheist, he attributed much of his success to Sara, who was very religious.

Pavlov was reading by the age of seven. After sustaining injuries from falling off a concrete wall and taking four years to heal, he attended a church school. Pavlov later went to a theological seminary where the teachers were dedicated to their craft. In 1870, he abandoned his faith and gained admittance to the University of St. Petersburg to study chemistry and physiology. There, he studied under Carl Ludwig, a cardiovascular physiologist and Rudolf Heidenhain, a gastrointestinal physiologist.

Pavlov was a complicated man who was characterized by others as volatile, angry, and difficult. He was highly punctual and expected others to be as well, regardless of the political unrest in the country. Pavlov pursued his truth even in the face of fierce opposition. While he proclaimed to be an atheist and a scientific agnostic, he admitted that true religion had some benefit and strongly admired his wife's devout faith.

As a student of Carl Ludwig, Pavlov conducted his first independent research on the physiology of the circulatory system. He furthered his research in cardiac physiology and the regulation of blood pressure.

Pavlov became a highly skilled surgeon, so much so, that he successfully placed a catheter into the dog's femoral artery without using anesthesia and nearly without pain. Using this procedure, he was able to test and record the effects of various stimuli on the dog's blood pressure. Using live, awake animals would be considered inhumane in today's laboratories and Psychology Today explains why there are rules in place to prevent this today.

In another experiment, Pavlov dissected cardiac nerves and stimulated the severed ends to show the effect of the nerves on the strength of the heartbeat. 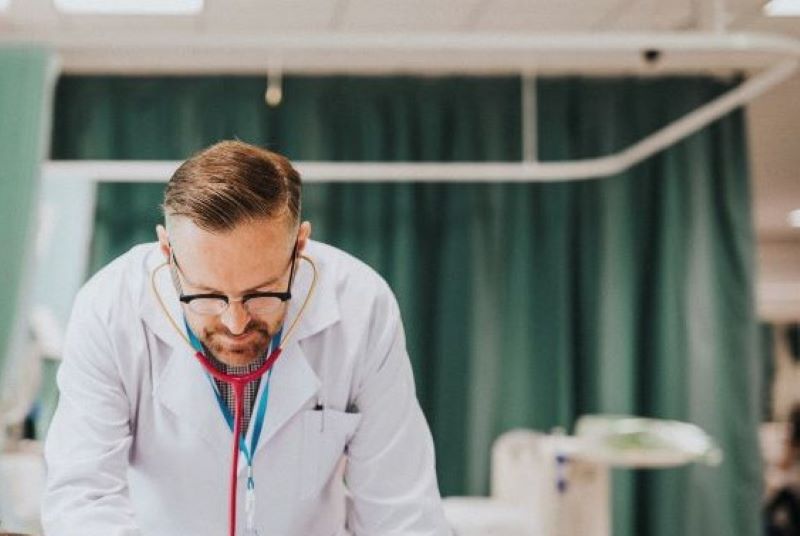 Pavlov was elevated to the position of professor of physiology of the Imperial Medical Academy, which was ranked as one of the best educational institutions in the Russian Empire. In his work there, he founded the Institute of Experimental Medicine where he developed precise surgical procedures for animals with attention to postoperative care and continuing maintenance of their health.

In 1924, the Russian government announced that it would be expelling all students who were sons of priests at the Imperial Medical Academy. Pavlov took personal offense to the move, reminding the officials that he too, was a son of a priest. Standing firm in his resolve over the truth, he resigned hastily from his position.

Throughout his career in research, Pavlov insisted that students ground their results in science. He insisted that researchers use data that could be explained, verified, analyzed, and repeated.

From 1890-1900, Pavlov spent most of his time in the study of secretions and digestion. Working in tandem with Heidenhain, the pair created a miniature pouch which served as an external stomach. This experiment preserved the vagal nerve supply and allowed them to isolate the stomach from ingested foods so they could study the gastrointestinal secretions in a normal animal over its lifespan. Pavlov published the results of this work in his book, "Lectures on the Work of the Digestive Glands." 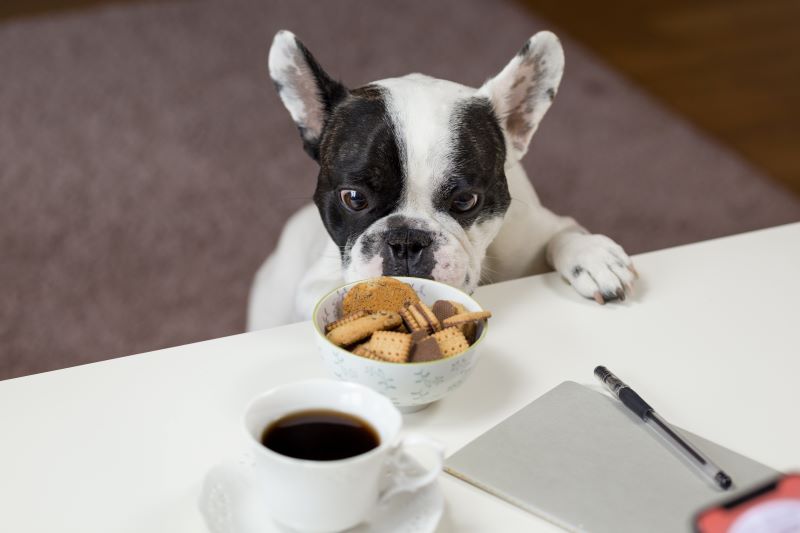 Pavlov studied secretion and digestion with normal, un-anesthetized dogs. These experiments led him to formulate the laws of conditioned reflex.

In his most notable experiment, Pavlov used a metronome or buzzer to help a dog associate the sound with food. Pavlov was able to train, or condition, the dog to salivate at the sound of the metronome or buzzer by initiating the sound and then offering food to the hungry animal. He measured the dog's salivary secretion to get a quantitative measure of the animal's subjective activity to show the connection between physiological measures of mental activity and higher nervous activity.

Sir Charles Sherrington theorized that the spinal reflex was composed of integrated actions of the nervous system that involved stimulation of the nerves to send impulses to the body's many nerve centers.Building on Sherrington's work, Pavlov drew on the connections between the conditional reflex and the spinal reflex. Pavlov added additional components to his work including cortical and subcortical influences, the mosaic action of the brain, the effect of sleep, and the effects of disturbances between cortical excitation and inhibition.

The Impact Of Classical Conditioning 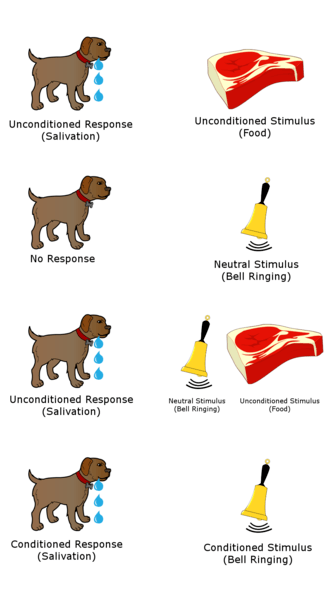 Pavlov's contributions to science were only made possible by his willingness to work with normal, healthy dogs in the most natural conditions possible. The success of Pavlov was largely a result of thinking outside the box to devise a way to yield measurable physiological effects that revealed the response by the brain.

In 1930, very late in his career, Ivan Pavlov attempted to apply his laws to the explanation of human psychoses. He related the excessive inhibition characteristics of people who were actively psychotic as an inclination to protect themselves. He believed that they shut themselves off from the world to rid themselves of noise and activity that overstimulated them. This idea quickly became the basis for treating psychiatric patients in Russia using quiet, non-stimulating environments.

In the late stage of his career, Pavlov also proclaimed that language in humans involved more than spoken words. He announced that long chains of conditioned reflexes involving words could produce elaborate generalizations that would be impossible to reproduce in animal life.

In the final two years of his life, Pavlov eased up on public criticism of the Russian government, even remarking that he hoped that the government would find success. It's unknown whether his change of heart was attributable to the government increasing support of science or whether he had increased feelings of patriotism as a war with Japan was looming.

Researchers and clinicians of today can learn much from Ivan Pavlov. According to the American Psychological Association, Pavlov's work has led to new research on how the body can learn to anticipate and counteract some of the physiological effects of drugs.

Pavlov made many scientific contributions that remain relevant in psychology and medicine today.

A Close Look At The Different Types Of Psychology

What Is Secure Attachment? Psychology, Definition, And Applications
For Additional Help & Support With Your Concerns
Speak with a Licensed Counselor Today