7 Tips To Help You Improve Your Teamwork Skills 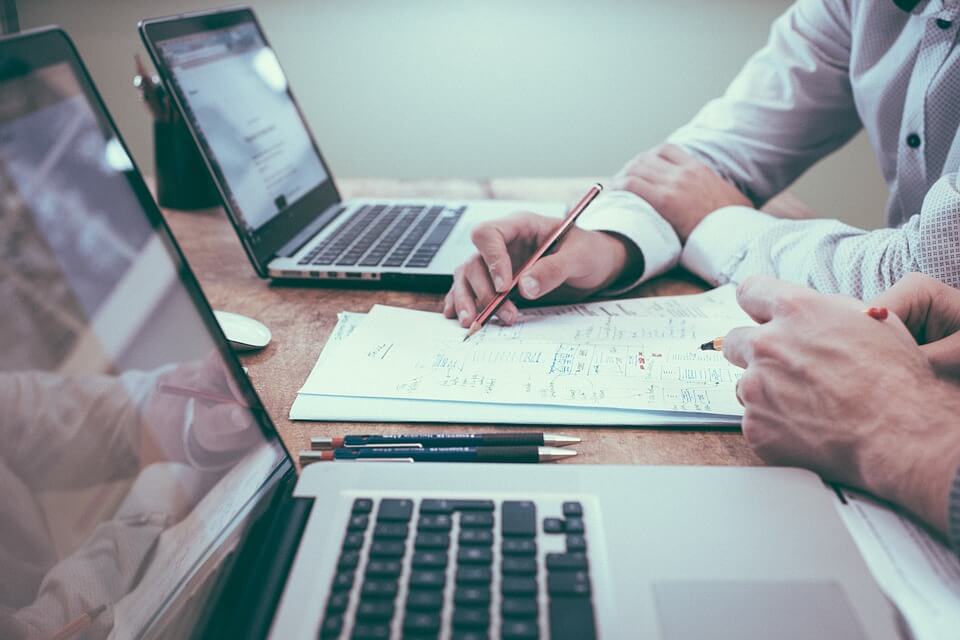 One of the most valuable things an employer can see in you is your value to the team. Heck, it's one of the things they ask on most job interviews: "Do you prefer to work by yourself or in a team?" Most of the time, the answer they are looking for is "team." They want to hire someone who isn't set in their ways, who's open to hearing ideas from the team, and who is willing to collaborate with their peers to make something good into something great.

If you feel your teamwork skills may be lacking, consider the following list of tips that can help you get back on track and make a good impression on both your boss and your team. (Pro tip: you may make such a marked improvement that you would be justified in asking for a raise.)

Complaining has got to be the worst. No one wants to deal with a complainer, even if the complaints are valid. Why? Because complaining doesn't change anything. If you want to see a change, sometimes you have to help it along.

There's always going to be something to complain about. We all have that one Debbie Downer in the office who can bring the entire room down the moment he or she steps into it. "Oh, here comes Liz. Wonder what she has to complain about today…"

Don't be Liz. Always focus on the positive, even if the office may be in an uproar, or the team may be having a particularly bad day. Misery loves company, so if one person starts to complain, then another will think it's okay, and before you know it, you have a whole team of complainers, and no one is getting anything done. Stay positive, and your output will be positive, too.

Tip #2: Don't Argue Over Who Gets The Credit

A win for the team is just that: a win for the team. Bickering with your peers over who should take the credit for a job well done does nothing for anyone and only makes you seem argumentative and like a glory hound. 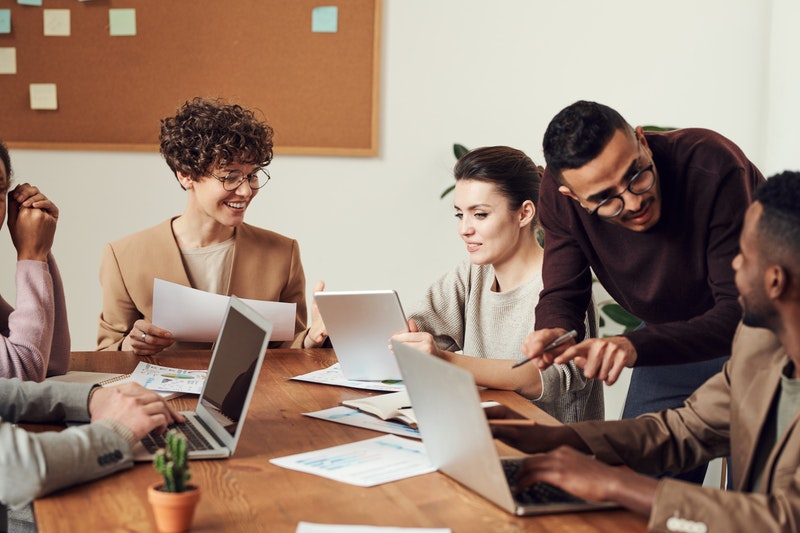 A team is like a marriage. You take the good and the bad together. You share both the wins and the losses. Whether you did "most of the work" that earned that glory is irrelevant. If you did, in fact, make the team look good solely with your efforts, then that is a win for everyone collectively. And don't worry - chances are your boss already knows who the slackers are.

It is both the lynchpin and the downfall of every relationship, whether that relationship is rooted in business or is of a more personal nature. If you don't communicate clearly with one another, then everything falls apart. It is that simple.

Good teams share ideas with each other and are open to feedback, the good and the critical. They may not always agree, but that's what brainstorming is for. It's important to be clear in your communication and you must be willing to listen when it's others' turns to share.

Make the most out of the tool through which your team communicates the best. If it's face-to-face, great! Some teams, however, communicate better when they have time to gather their thoughts, and so email and messenger programs tend to be better. Find what works, and run with it!

Another great way to foster communication has nothing at all to do with business. Go out to lunch together. Play video games online together. Spend some time shooting hoops with one another or taking part in some other social activity or exercise. As you begin to get to know each other better, you will be more likely to hear each other out, and more open to working together.

Tip #4: Lay Down Some Ground Rules 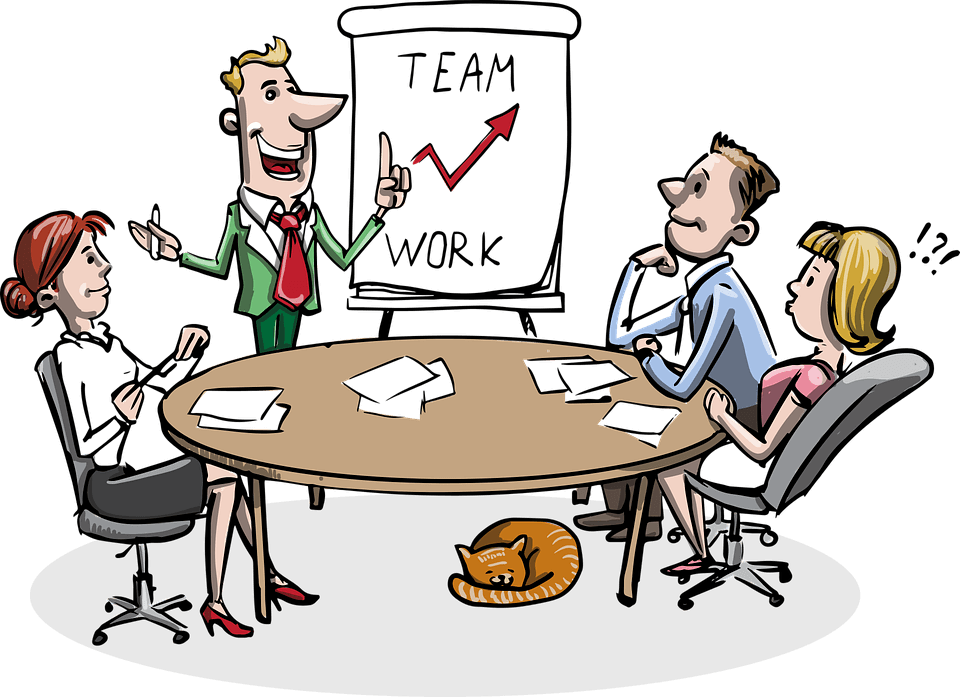 This may sound silly at first, but it's incredibly effective. Laying down some rules for team meetings can go a long way toward preventing frustration later on. For example, are you tired of your team members constantly checking their cell phones or laptops when you're trying to express an important idea? New rule: no electronic devices during the meeting. Everyone must be present, at the moment, and ready to listen.

Some other good rules to consider are protocol regarding after-hours contact (ex. You can only call each other after-hours if it's an emergency) and promising to be open with each other about any frustrations or disagreements you may have with one another. It's better to get them out as they happen, rather than letting them fester and blow up later on at the slightest disturbance.

A great idea hit you in the shower this morning for the project you've been working on with your team for the past week. It's such a great idea that you honestly feel giddy about it, to the point of feeling dorky. That's okay! Share this dorky happiness with your team. If you are unable to control your excitement, your team might get excited, too. And an entire team that's passionate about an idea? That's strong enough to move mountains.

Tip #6: Don't Be A Keyboard Warrior

This one is huge. You know the type: they're all talk in an email, but get them in a room face-to-face, and they tighten up like a clam. Don't be a keyboard warrior. This means, do not say anything in an email that you wouldn't say to your team members' faces. Email and chat should primarily be used as a way to share information with each other, not criticize each other's work because you couldn't find the courage to do it in person.

If a situation presents itself that must be addressed, such as a team member's behavior or the delivery of sensitive news, such things should always be done in person. The only thing email should be used for is setting up a good time for when you both can meet so you can add it to your calendar. 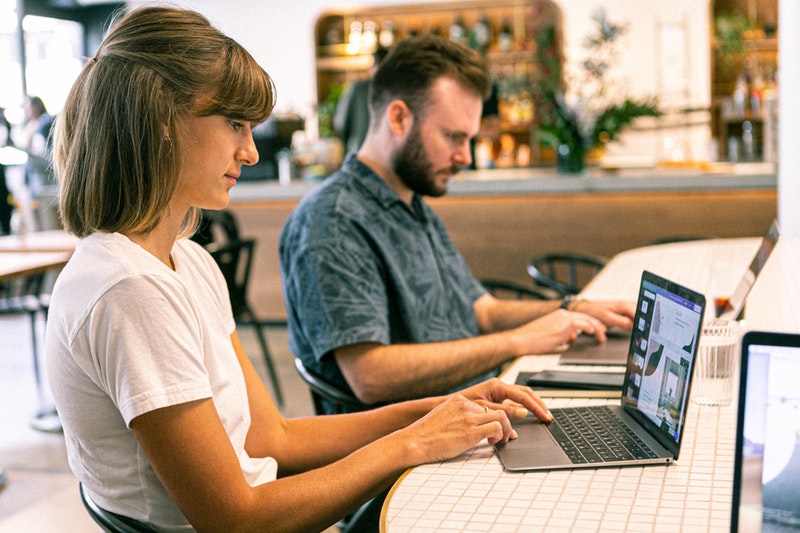 Don't forget; you'll still have to face these people either way. Don't be known as the office coward because you reduce to email the things you were too afraid to say to people's faces. Have the courage to take the necessary risks, make the tough decisions, and give constructive feedback where it is due, and always in a respectful manner that is conscious of your teammate's feelings.

If your teammate can't handle the criticism that could otherwise help his/her performance, then s/he can take it up with the boss, and you can rest assured knowing that you communicated what you needed to communicate, and in the correct fashion.

If your boss isn't the type to reward your team for a job well done, why not take it upon yourself to do so? (Bonus points for such a display of leadership skills, on top of teamwork skills!) Start a quick high-five around the table for a job well done. Or bring in pizza for lunch the next day as a way of thanking your coworkers for their help on completing that huge project that's finally done. You would never have been able to complete it without them. 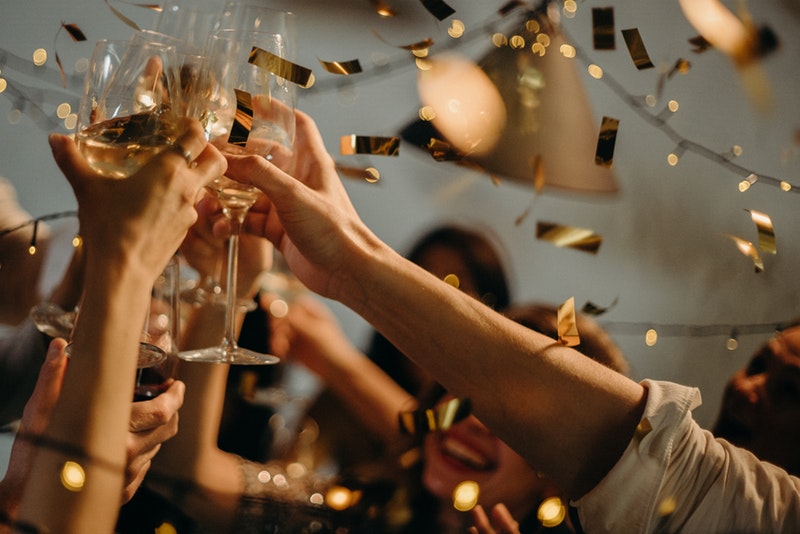 Recognizing the good your team does is just as important as pointing out the areas where they could improve. Good morale goes a long way in motivating your team to keep doing a good job going forward, and it gives people a reason to come in every day. No one wants to work for a boss, or with co-workers, that doesn't appreciate him. Show your team that you appreciate them - even if your boss doesn't - and you'll see positive results more often than negative ones.

Interested in learning more about how you can improve your teamwork skills? Contact a BetterHelp counselor today. Understanding The Teamwork Definition In Relationships

15 Teamwork Activities For Any Group

6 Tips For Encouraging Teamwork In The Workplace

Importance Of Teamwork In Relationships And Business