Is Neurofeedback For ADHD Effective?

Diagnoses of attention deficit hyperactivity disorder (ADHD) have been on the rise for years, increasing 43% since 2003. As many as 11% of the US population may have this condition, although many are not diagnosed until later in life. Standard care includes stimulant medication and behavioral therapy, but these treatments may not provide adequate relief of symptoms such as inattention, lack of motivation, distraction, and impulse control problems. 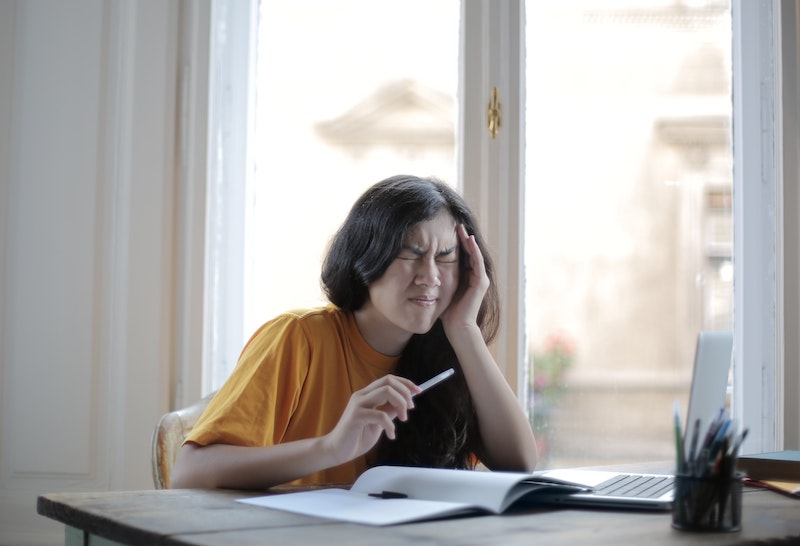 ADHD was once thought to only affect children, but now we know that the condition persists into adulthood and can make life very difficult. Actively treating the condition is essential to minimize the impact on your work, relationships, and responsibilities. Symptoms of ADHD can vary from mild to severe, but modifications to your environment and routine can make managing the condition much easier.

Brain Differences in People with ADHD

ADHD is a developmental disorder believed to affect the prefrontal cortex, the part of the brain responsible for our "executive functions." Executive functions include working memory, focus, impulse control, and more, the areas of impairment in ADHD. This dysregulation makes it difficult for people with ADHD to direct and control their attention and behavior, which can have a significant impact on their lives.

Stimulant medication works by increasing dopamine and norepinephrine in the prefrontal cortex, thereby increasing the ability of the executive functions, which is why they're so commonly prescribed. However, researchers are looking for new ways to improve the functioning of the brain directly.

What is Neurofeedback for ADHD? 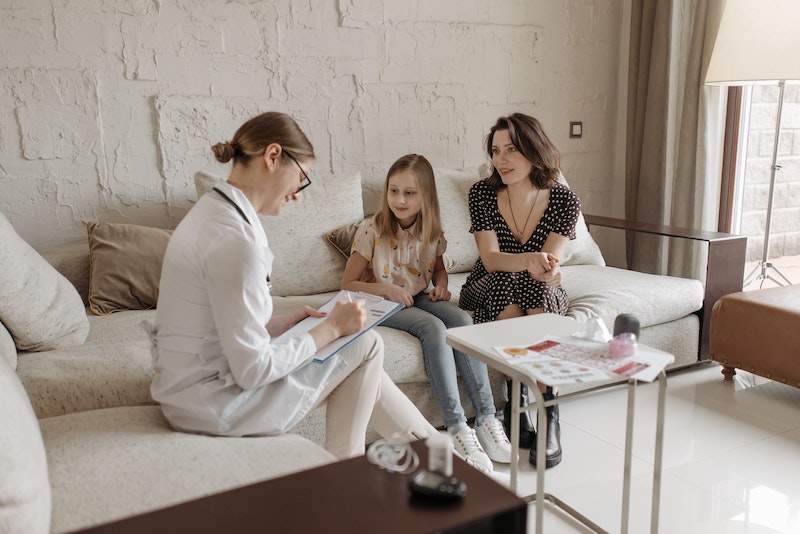 Neurofeedback (also known as biofeedback) is a noninvasive treatment that aims to teach the brain self-regulation with the help of technology. The goal of neurofeedback is to enhance and strengthen the brain's natural functioning, with or without medication. Since the prefrontal cortex is believed to have dysregulation as part of this condition, neurofeedback targets this area for improvement.

Neurofeedback is available for both children and adults. Training takes place over multiple sessions, which are performed once a week. These sessions are required to train the brain gradually over time.

Neurofeedback training is thought to strengthen a person's ability to focus and block out distractions, just like any other skill. Since people with ADHD do not have the natural ability to concentrate that neurotypical people do, this may make up for the deficiencies present. In a neurotypical brain, a person can concentrate at will without much effort. This is not so for people with ADHD, who must put more effort into focusing and blocking out distraction. The theory is that neurofeedback can raise the brain's baseline ability to focus.

How Does a Neurofeedback Session Work?

In a neurofeedback session, electrodes are attached to the patient to record the flow of different types of brain waves, which are measured by an EEG machine. This is painless and shouldn't cause any discomfort. The brain has five distinct types of brain waves-alpha, beta, gamma, delta, and theta-all directly linked to different levels of activity. The sessions are conducted by a doctor or technician that guides the patient and monitors the output of brain waves.

The patient is instructed to perform certain activities on a computer screen, such as a video game. Focused attention is rewarded, usually by an audio or visual signal. The patient will then attempt to redirect their focus. The idea is that with continued practice, the prefrontal cortex will naturally strengthen and this new growth will carry over after therapy has ended. Multiple strategies may be attempted to achieve the level of focus desired.

Sessions of neurofeedback last about 30-40 minutes, and a patient may have 20-30 sessions in total. Over time, if the training is successful, the patient will be able to better direct their attention for longer periods with less effort and prompting.

It was once thought that the brain was not able to grow new neurons or form connections after early childhood. Now, with the help of sophisticated technology, we know that the brain is constantly forming new connections in response to its experiences. In order for this process to occur, the brain needs to be stimulated, usually through repeated activity. As the saying goes, "nerves that fire together, wire together."

In theory, neurofeedback works via this process. In training the brain over time, the brain's natural neuroplasticity allows it to form new connections and strengthen the areas that are less developed in ADHD. Neurofeedback is meant to guide the brain into associating focus with the feeling of reward. This training may create new connections that allow the brain to reorder itself to better support the executive functions.

Neuroplasticity can work to establish both positive and negative habits. The brain does not know what is good for us, only what it interprets as rewarding. This can lead to the development of addictive and avoidant behaviors, as well as negative thinking patterns. Treatments like neurofeedback aim to guide the brain back to more beneficial patterns.

Is Neurofeedback an Effective ADHD Treatment? 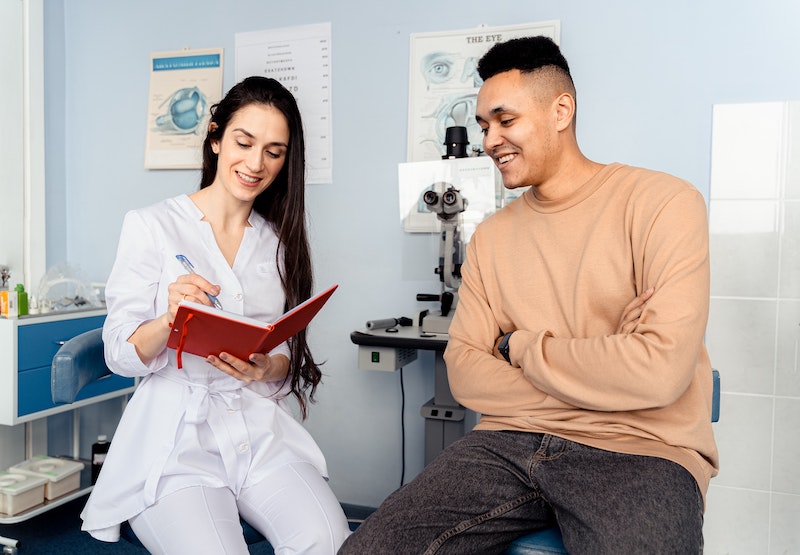 Currently, we don't have a definitive answer, although early research is promising. While initially a controversial treatment, studies have shown it to be effective in many cases. In 2012, the American Academy of Pediatrics gave neurofeedback their highest possible rating for ADHD treatment, at par with medication and behavioral therapy.

Benefits are mainly thought to be in the areas of impulsivity and inattention, with only a mild effect on symptoms of hyperactivity. This suggests that those with primarily inattentive and combination types of ADHD would benefit most from neurofeedback.

In contrast, a study in 2011 has suggested that the benefits of neurofeedback may be nothing more than a placebo effect. Further research is needed to make a conclusion on the ultimate effectiveness of the treatment, but many doctors are recommending it as a complementary therapy, part of an overall treatment plan that includes medication, behavioral skills training, and lifestyle adjustments.

Should I Try Neurofeedback?

If you've tried medication and therapy and found it to be ineffective at adequately controlling your symptoms, you may consider other treatments such as neurofeedback. The choice to try neurofeedback can depend on many factors, including the cost, availability, and willingness of the patient.

Speak to your doctor if you're considering neurofeedback. They will be able to provide you with more information about the process and whether it may work for you or your child. To find a provider that offers neurofeedback, you can search online, through EEG Info and other provider searches. While locations are still limited, more and more places are becoming available throughout the country.

Will My Insurance Cover Neurofeedback?

Neurofeedback can be quite expensive, costing anywhere from $3000-5000 for the entire treatment. This cost can prohibit many people from seeking treatment. There is good news on the horizon: as neurofeedback gains more widespread acceptance, more insurance companies are offering coverage. Companies such as United Health Care, Cigna, and Blue Cross have begun covering neurofeedback for some patients.

The requirements of insurance companies vary. While a doctor's prescription is not necessary to receive biofeedback, it may help get your insurance reimbursement claim approved. Neurofeedback for ADHD, in particular, may be harder to get accepted than for other problems, such as sleep disorders.

However, medication does not by itself completely treat the symptoms of ADHD, and it may lose its effectiveness over time. Additionally, side effects, such as nervousness, loss of appetite, and insomnia, can be strong enough to necessitate discontinuing the medication.

Current research has shown that those taking medication at the same time as neurofeedback were better able to retain the benefits after treatment concluded.

Neurofeedback has not yet proven to be an alternative to stimulant medication, however, it can be a viable alternative if combined with therapy. Since neurofeedback doesn't run a risk of side effects, this can be helpful for those who have not found relief with medication. 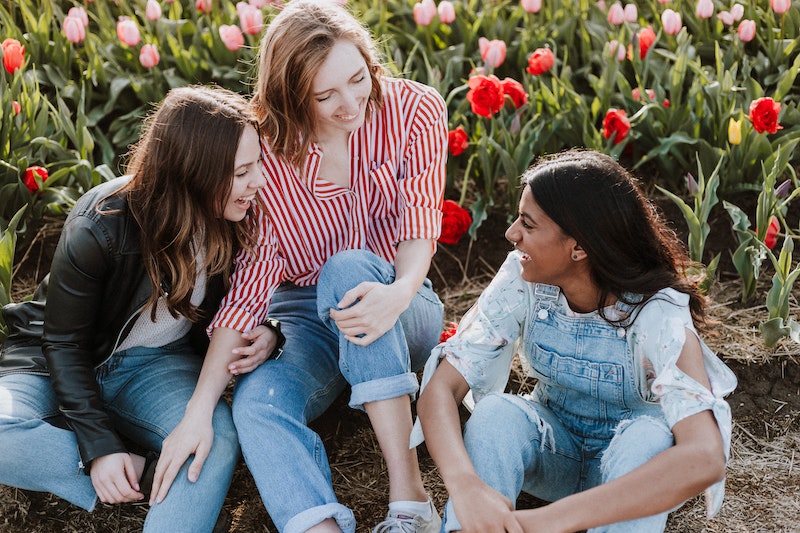 Neurofeedback appears to work best as part of an overall treatment plan for ADHD, which should include psychotherapy. The most common type, Cognitive Behavioral Therapy (CBT), aims to teach people with ADHD strategies to compensate for their neurological differences.

A therapist can be a great partner in helping you navigate not only your treatment options but any struggles you may be having. It can be hard to manage your ADHD alone and being able to reach out for support can make it easier. BetterHelp can connect you with a qualified, licensed therapist to help you not only manage your symptoms but also eliminate self-defeating thoughts and improve your outlook.

Previous Article
Repetitive Behaviors In Children With ADHD: Stimming And What It Means
Next Article
Living With ADHD: Tools For Success
For Additional Help & Support With Your Concerns
Speak with a Licensed Therapist
The information on this page is not intended to be a substitution for diagnosis, treatment, or informed professional advice. You should not take any action or avoid taking any action without consulting with a qualified mental health professional. For more information, please read our terms of use.